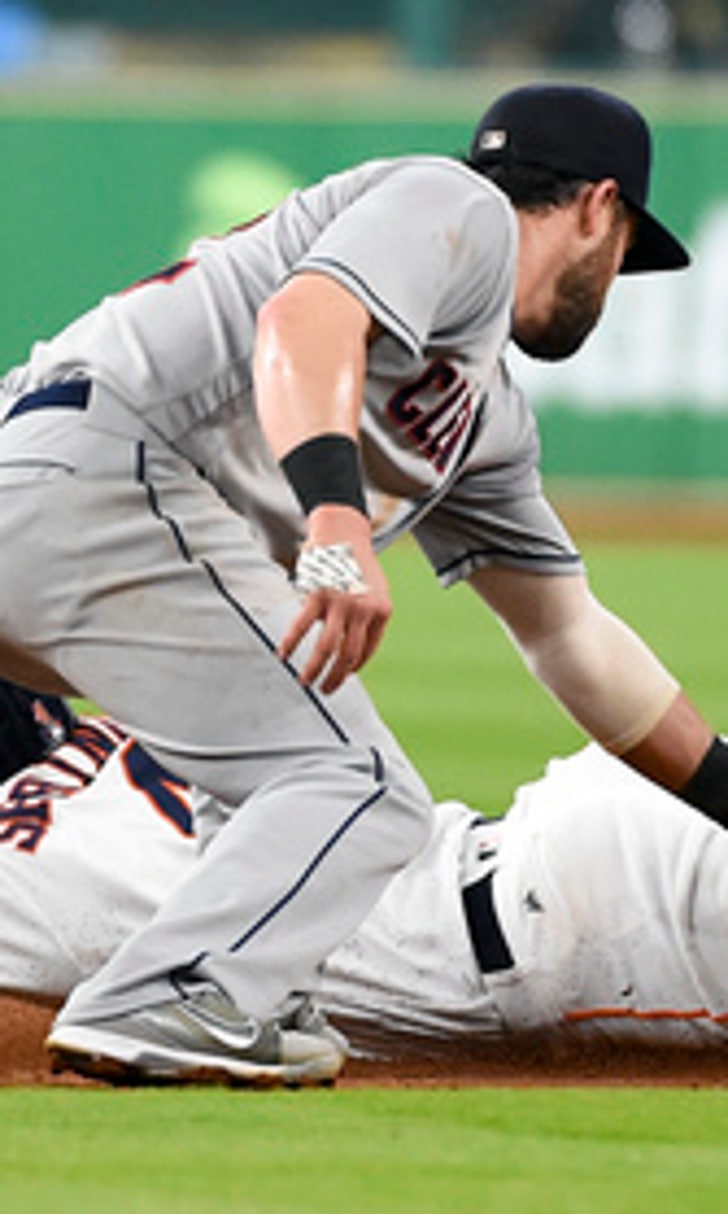 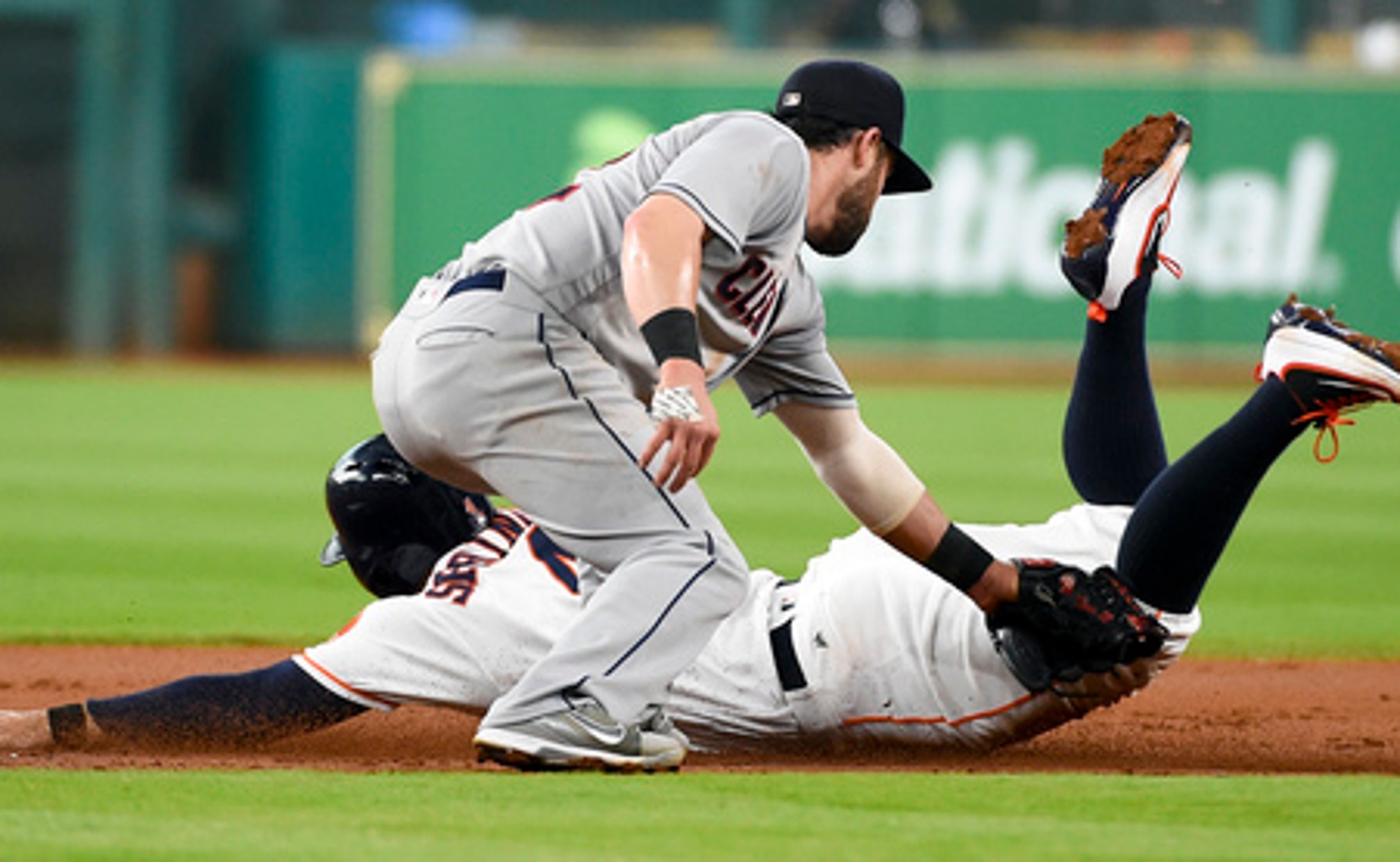 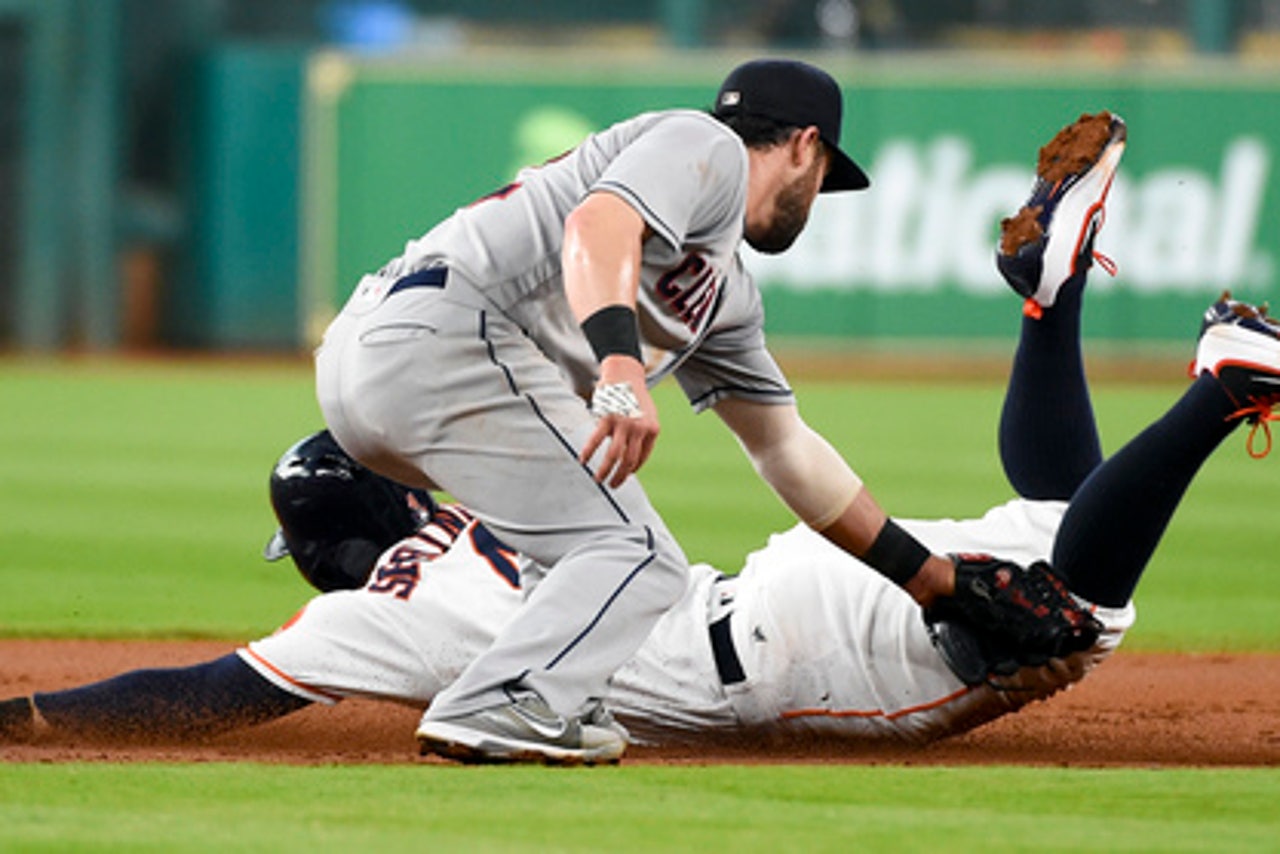 HOUSTON (AP) Cleveland manager Terry Francona loves the pace and rhythm Trevor Bauer has had on the mound this season, and believes it's developed because of the 25-year-old's increased confidence.

''I think that's why he's working quicker,'' Francona said. ''I think he feels good about what he's doing, wants to get it and throw it as opposed to thinking every single pitch is like an event. Getting it and going is always good.''

On Tuesday night it was exceptionally good as Bauer pitched seven scoreless innings and Bryan Shaw and Cody Allen completed the four-hitter to help the Indians to a 4-0 win over the Houston Astros for their sixth victory in their past eight games.

Bauer said speeding up his pace was something he focused on during spring training.

''Something I really wanted to change this year was try to make the games a little bit quicker and help the defense out a little bit so they could play a little bit better behind me and stay on offense more during the game than defense,'' he said.

Bauer (3-0), who started the season in the bullpen, allowed three hits and struck out seven to extend his winning streak to a career-high three games. He's been dominant in his career against the Astros and is 4-0 with a 0.67 ERA in four starts against Houston.

''He's obviously been tough on us,'' manager A.J. Hinch said. ''We haven't done much in my time here against him, and I guess it's not that difficult to figure out. He's got good stuff, and he is all over the place either by design or just by controlled wildness. We never had anything going against him to put any pressure on him.''

Lonnie Chisenhall drove in a run with a double in Cleveland's two-run second inning. Jason Kipnis tripled in the eighth and scored on a single by Francisco Lindor as the Indians added two runs in the eighth.

Houston fell to 0-9 in games he's started as the team has struggled to do much offensively with him on the mound and have been shut out twice in his starts.

Shaw allowed one hit in the eighth and Allen walked one in the ninth.

Mike Napoli had two hits and drove in the second run in the eighth with a double off the left-field wall.

The Astros had one baserunner in each inning, but couldn't string anything together on a night they went 0 for 4 with runners in scoring position.

Napoli got things going in the second with a leadoff single and Carlos Santana walked. They both advanced on a sacrifice bunt by Jose Ramirez before Napoli scored when Juan Uribe reached on a fielder's choice. Uribe hit the grounder to Devenski, but he had trouble grabbing it, allowing Napoli to slide into home just before the tag to make it 1-0.

Chisenhall followed with his double to right field to score Santana and make it 2-0.

C Jason Castro became the second Astro in a week to go on the paternity list when he was placed on it on Tuesday. Castro and his wife welcomed their first child, a boy named Brady, early Tuesday morning and he is expected to remain away from the team until Friday. ... Reliever Tony Sipp missed Friday's game on the paternity list for the birth of his daughter Zoe Chanel.

Indians: OF Michael Brantley, who didn't make his season debut until April 25 while recovering from November surgery on his right shoulder, was out of the lineup on Tuesday because Francona said he isn't bouncing back from games the way he'd like. ''I'm kind of kicking myself a little bit,'' Francona said. ''I think we might have gone a little too far, too much, too fast. I didn't want to do that and I think we probably did.'' Francona said he'll also be off on Wednesday and that he'll likely return on Friday after the team's day off on Thursday.

Astros: RHP Lance McCullers (right shoulder soreness) threw a bullpen session on Tuesday and the Astros will see how he feels on Wednesday before deciding whether he needs another rehabilitation start or if he'll come off the disabled list.

Indians: Danny Salazar (3-2, 1.91 ERA) will make his seventh start and fifth on the road on Wednesday. He picked up his first win this season in his previous start by allowing four hits with nine strikeouts in 7 2/3 scoreless innings against the Royals.

Astros: Doug Fister (3-3, 4.54) will make his seventh start on Wednesday. Fister has won two in a row after losing his previous three starts.