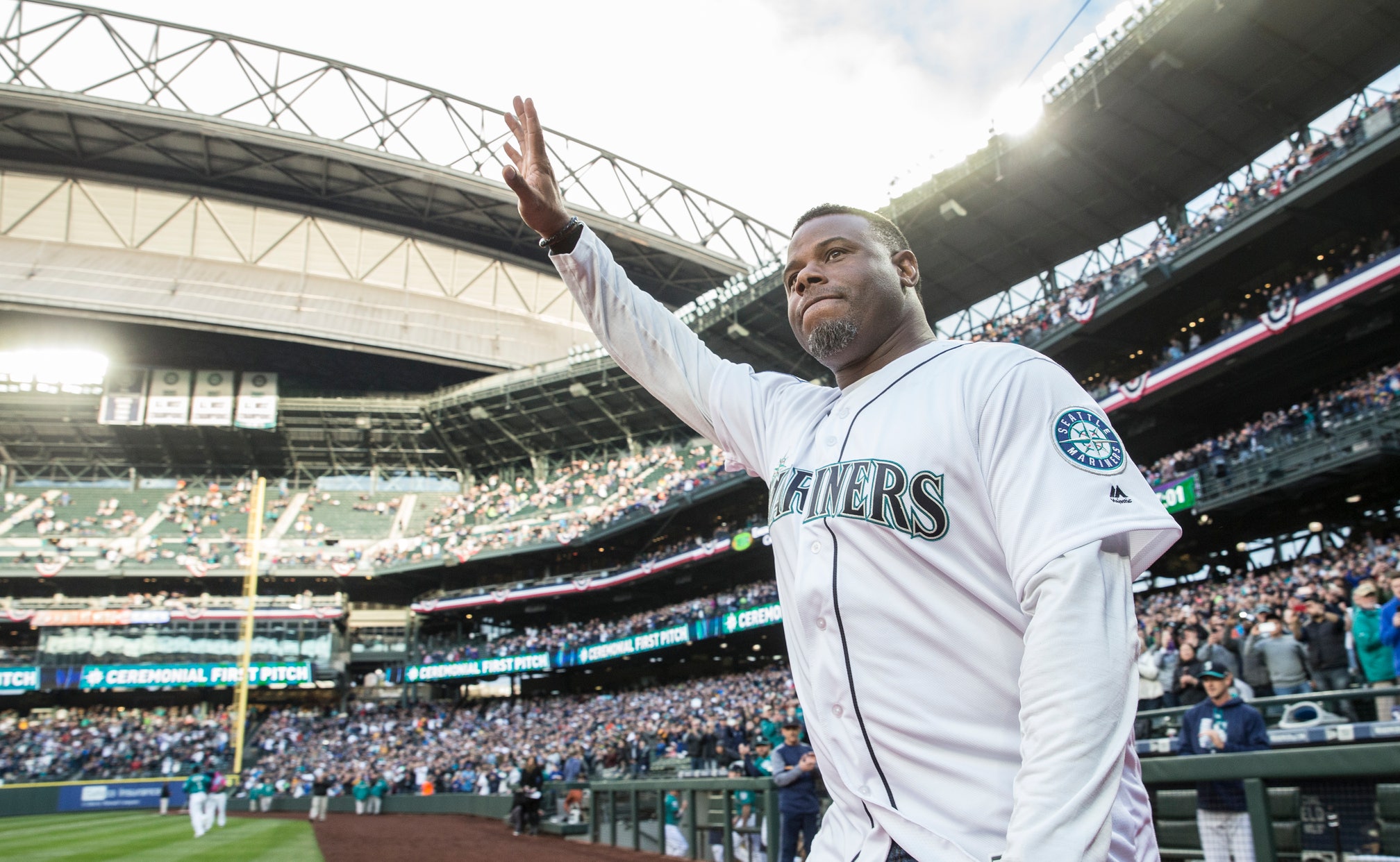 The two Hall of Famers in their respective sports – with two iconic smiles to boot – caught up and talked about Griffey's athletic upbringing, his top five MLB players of all-time, the steroid era in baseball, and more.

Griffey began by revealing that he didn’t realize until he was a teenager that he wanted to start taking baseball more seriously. Once he told his father, Ken Griffey Sr., that he loved the game, Griffey said that his dad allowed him to shag balls in the outfield off the bats of major leaguers.

Fast-forward a few years later and 'Junior' was taken No. 1 in the 1987 MLB Draft by the Seattle Mariners.

“I looked at my dad and said, ‘Where is Seattle?’ Griffey said. “As a kid, you don’t go anywhere. My dad played for the Yankees, Atlanta, Cincinnati. We went to Disney World, Tampa and Ft. Lauderdale. That’s as far as my region went.”

Once Griffey found Seattle and made his debut in the major leagues, his iconic swing became the stuff of legends.

Griffey finished his career with a .284 batting average, 630 home runs and 2,781 hits en route to the Hall of Fame. He won the AL MVP in 1997 and made 13 All-Star appearances, while winning 10 Gold Gloves and seven Silver Slugger awards.

And most importantly, at least for him, is that he did it without ever taking steroids or performance-enhancing drugs.

Moving on, Unc asked Griffey who was the toughest pitcher he ever faced in the majors, and the answer was easy.

“Pedro Martinez. I went back to Seattle talking about, ‘Can we get like 5 of him?'"

While Griffey might have hated facing Martinez, the franchise that he hated most was the New York Yankees.

Griffey told the story of being 12 years old and getting kicked out of the Yankees dugout while another player’s son took groundballs on the field.

"Once I saw the Pinstripes in New York, I was like a different person. I was like, ‘OK, we’re going to go at it.’”

Getting kicked out of a dugout certainly left an impression on Griffey, but so did the late, great Jackie Robinson.

Griffey explained how influential Robinson was, not only to him and Black players, but to internaional players.

“He let other countries come here and play,” Griffey said. “Without him, who knows. And if he didnt do it, when would be the next Jackie Robinson? It might have been after my dad played so I might not have gotten the opportunity.”

With that, naturally, Griffey included Robinson in his top five players in the history of the game, along with Hank Aaron, Willie Mays, Rickey Henderson and Bob Gibson.

Check out the entire sixth episode of Club Shay Shay with Ken Griffey Jr. below: