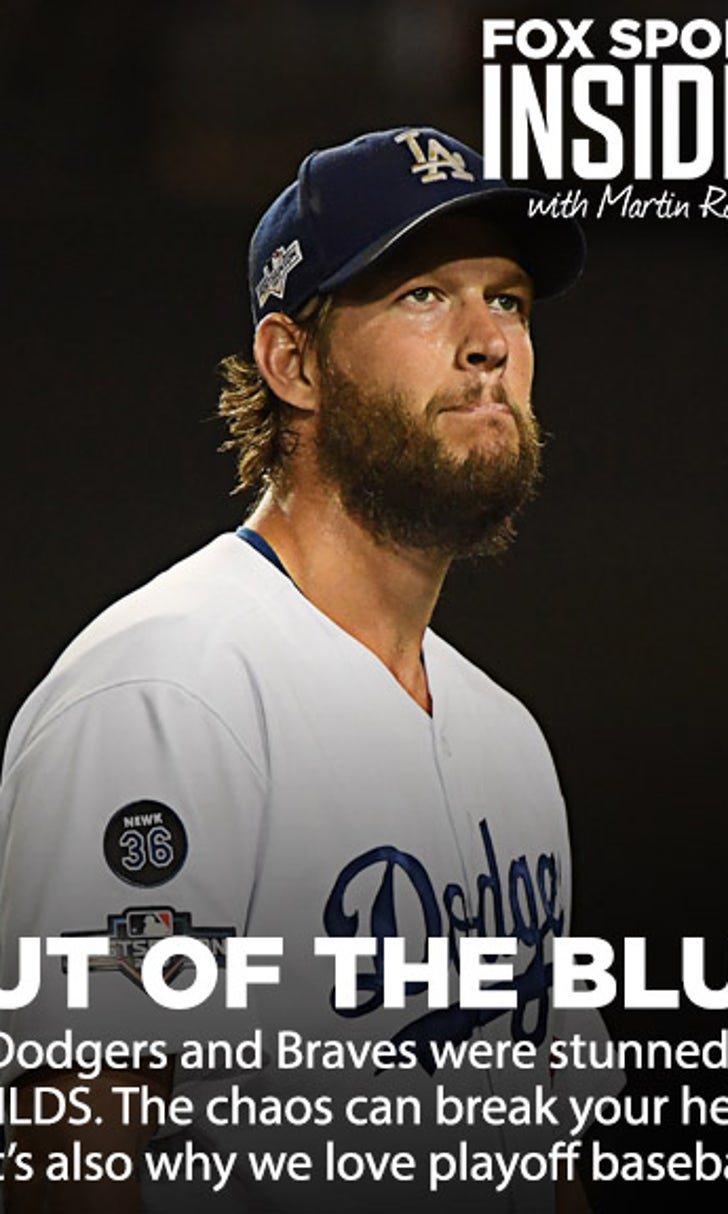 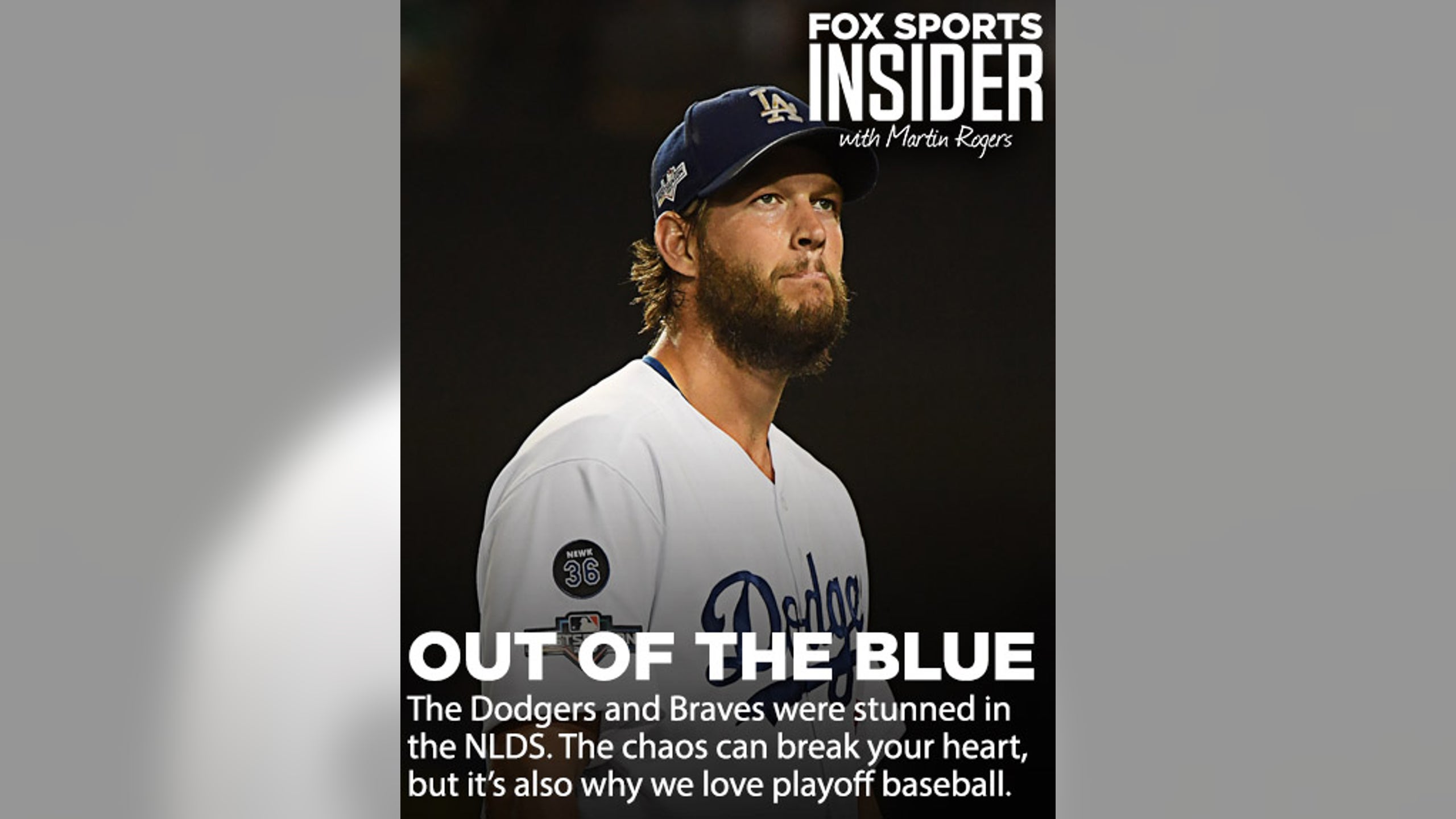 The Dodgers and Braves suffered MLB collapses for the ages 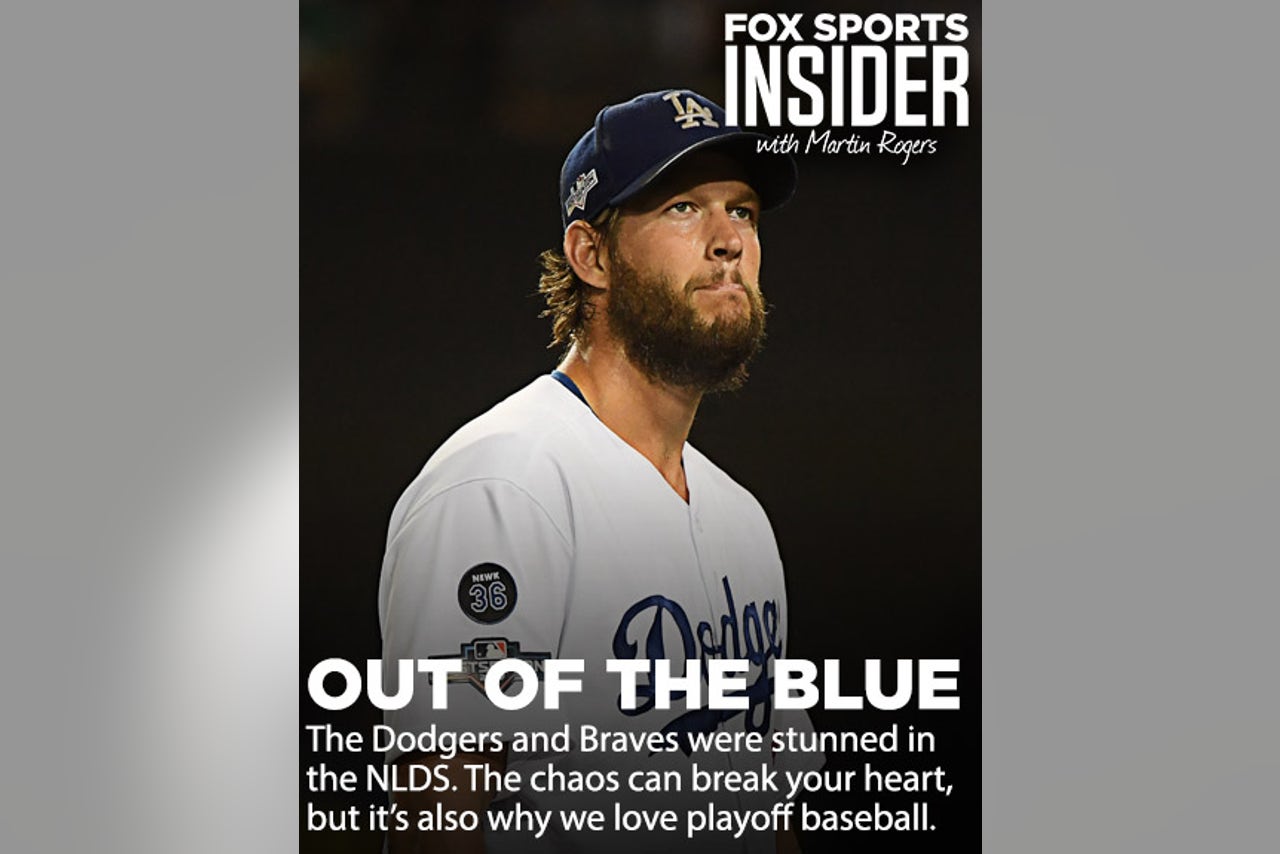 For a while over the past week, it seemed like baseball’s postseason could be a slow burner; a patient and relatively orderly march to a pair of monstrous championship series matchups. Instead, it exploded over the course of several wild Wednesday hours, the chaos stretching from Atlanta to Los Angeles and eventually leaving us with two realities.

That first reality: the Dodgers and the Braves’ seasons are toast (burnt toast, with a spread of recrimination). The second: postseason baseball just caught fire.

We talk about the magic of Game 7s more than Games 5, but Wednesday was tough to beat in terms of the jaw-dropping nature of what went down. The Braves got shelled in a death-by-a-thousand-cuts first-inning romp that saw that St. Louis Cardinals amass 10 runs and stun the faithful at SunTrust Park.

The Dodgers waited much later in their game to implode against the Washington Nationals, tossing away a 3-0 lead courtesy of what angered Angelenos consider to be a litany of bungled maneuvers by manager Dave Roberts.

And just like that, baseball is suddenly and finally doing what it’s supposed to — dominating the October news cycle. MLB is the oldest of all the major sports organizations and has had its seasonal structure virtually unchanged for generations, but the sports landscape is a lot more crowded that it used to be.

The behemoth that is the NFL is five weeks in, with coaching firings and Antonio Brown’s two-team, cross-country saga already in the books, not to mention Gardner Minshew rejuvenating the concept of the sports mustache. The NBA is gearing up for its most enticing season in recent years, filled with narrative and intrigue, and the remarkable tale of how a single tweet about Hong Kong generated outrage that has spilled over two continents and has the two most powerful political offices in the world heavily involved.

Still, and perhaps eternally so, there is something about baseball that allows for the “never saw it coming” type of game-shifting highlight.

While the sense (or lack of it) of Roberts opting for Clayton Kershaw and then sticking with Joe Kelly deep into the matchup was hotly debated afterward, you have to admit you didn’t see it coming ... not in that way, at least. There was no way you could envision Kershaw, stud of studs (narrative of October curses aside), walloped out of the yard twice, on two consecutive pitches to Anthony Rendon and Juan Soto.

Or Kelly, an excellent ground-ball hurler, blasted over the fence for a Howie Kendrick grand slam that torched the Dodgers’ season and gave the Nationals their first postseason series win since moving to the nation’s capital.

Don’t tell me that for all the unpredictability of the Braves-Cardinals series, you saw the drama this time erupting early ... so early that many weren’t even in their seats when the 10th and final first-inning score came trotting in — all without a single home run.

Of course, any time there is drama in sports, it means something crazy has happened. Something unexpected and sudden. And that means someone is on the receiving end and is nursing the worst kind of disappointment.

That is what Los Angeles and Atlanta woke up to on Thursday morning. The Dodgers, after back-to-back World Series defeats, robbed themselves of the chance to go one better. For the Braves, another sporting setback arrived — was it really only two years, eight months and three days ago that the Falcons blew a 28-3 Super Bowl lead against the New England Patriots?

Sports operates like a set of scales: triumphant joy must be offset by corresponding pain. Sometimes it’s difficult to face that sort of pain head-on, even as a bystander.

“I let down the guys in the clubhouse,” Kershaw told reporters. “That’s the hardest part every year. When you don’t win the last game of the season and you’re to blame for it, it’s not fun. It’s a terrible feeling. I had one job to do, to get three outs. I got one out. It cost us the game right there. No excuses.”

In truth, few sane Dodgers fans will blame him. The 2019 version of Clayton Kershaw is not the Kershaw of old, his fastball topping out at 89 mph these days. Roberts will carry the can, having had an efficient and mightily stocked bullpen to call upon, but shunning it in the heat of the moment.

“A manager who had shepherded the team to 106 wins forgot how to manage,” wrote ESPN’s Jeff Passan. “A year replete with success, swollen with promise, conflagrated in spectacular fashion. The Dodgers, the best team in the National League, the organization that does so much right, failed at the most inopportune time.”

Timing means so much in sports. The timing of this could scarcely have been tougher to take for those who bleed blue. By getting to Stephen Strasburg early and accumulating a 3-0 lead through five innings, the Dodgers were daring to dream.

“It feels worse when it’s so sudden,” Dodgers fan Ryan Short told me. “When you go from looking ahead to the next series and fantasizing of soothing last year’s pain to suddenly realizing you won’t be watching baseball again for six months.”

Yahoo Sports’ Jay Busbee, an Atlanta native, wrote a moving piece about that city’s struggles with untimely defeats. Atlanta has a superb soccer franchise, but across the four traditional sports leagues, it has a grand total of one championship to show for 170 seasons of toil.

“If there’s any solace Braves fans can take, this was like getting your arm lopped off with one stroke of a sharp axe, rather than getting it gnawed off by a badger,” Busbee wrote. “Thank heaven for small comforts.”

The comfort the rest of us have is that these things tend to work in weird ways. The sports gods live for momentum and somehow, with baseball’s postseason having burst into life, it’s hard to see it slowing down.

I didn’t expect to be writing about bat and ball three times this week, but there has simply been too much to unpack. The Astros and Rays end their epic duel on Thursday and then there will be four teams left, taking us straight into the leagues’ championship series. No empty days; no break from baseball. Who even wants one?

Baseball has its diehards of course, but it also has an ongoing flirtation with the broad American public. There are times when we honestly ignore it, sometimes for months at a time. But when it’s good, it is oh-so-very good. Thanks to Wednesday, it has hooked us all again — from now until November.

With a nod and a wink
Trevor Bauer is new to the Dodgers-Padres rivalry, but he didn't hesitate to jump in with both feet, and one eye closed.
22 hours ago