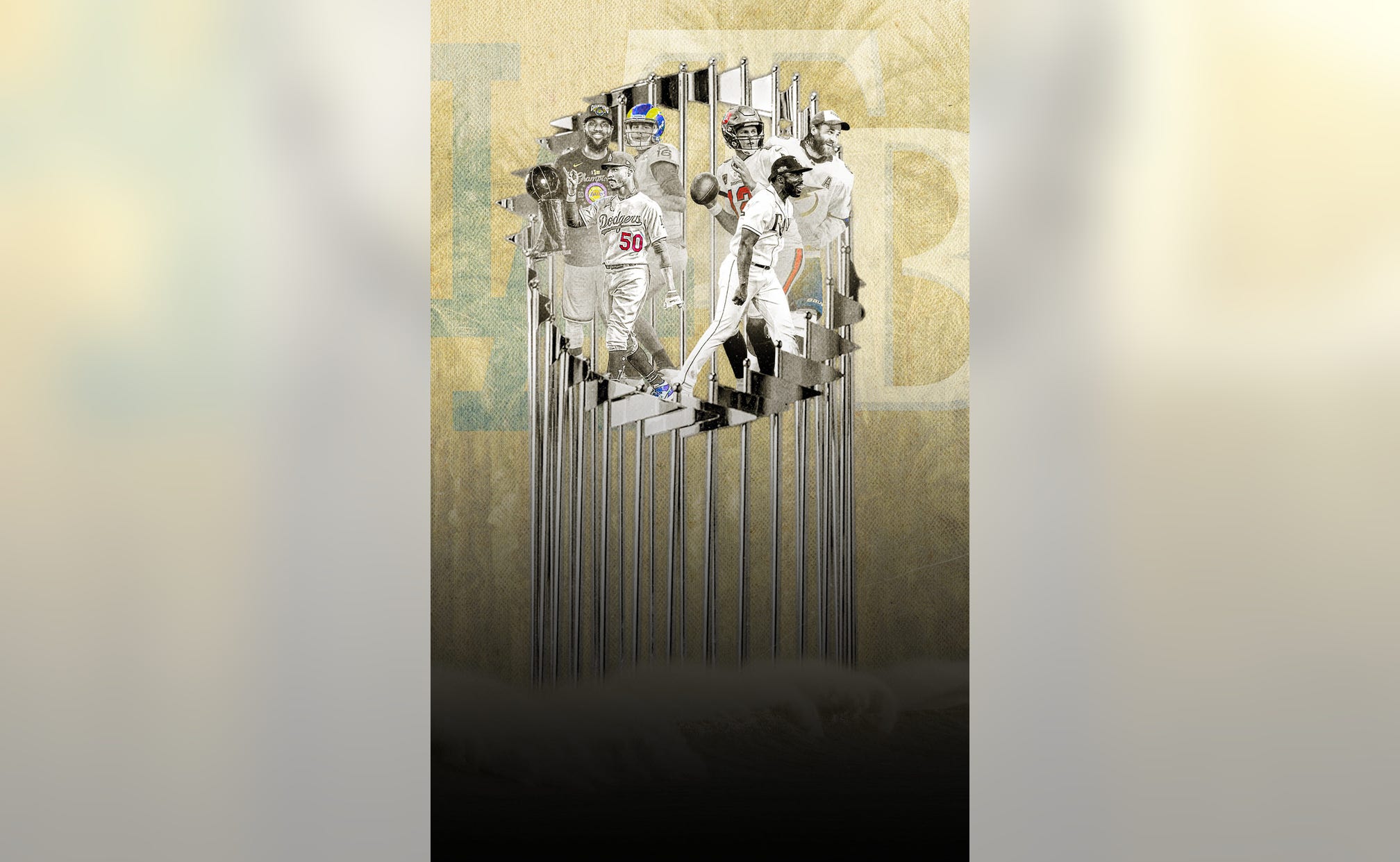 This year’s World Series comes armed and ready with a bunch of flavorful narratives: a battle of the haves and have-nots, a showdown between two teams with polar opposite strategies and a stunning showcase of elite flame-throwing arms.

Yet the best storyline of all might be this. Across up to seven games in nine breathless days, the Los Angeles Dodgers and the Tampa Bay Rays will be duking out a tiebreaker for the status of Titletown USA.

That moniker, temporarily at least, is there for the taking after the Tampa Bay Lightning won the Stanley Cup and the L.A. Lakers took home the NBA championship and because, amid these peculiar sporting times, fate and fortune have bestowed themselves upon two locations in drastically unequal measure compared to the rest of the country.

One of these outcomes you might have seen coming. The other? It has been unexpected enough that you’d consider taking your crystal ball back for a refund if the darn thing had dared predict this.

“In this debilitating year of the novel coronavirus, no city has been able to rejoice over sports as much as Tampa,” wrote the Washington Post’s Jerry Brewer. “Most are salvaging, scrounging, redefining joy. Tampa is flourishing.”

That’s right, Tampa. This part of Central Florida had previously made only sporadic forays into the realms of athletic high society; one Super Bowl triumph, one trip to the World Series and one prior Stanley Cup, all of those having taken place more than a decade ago.

This year it has all somehow, majestically, come together. The Lightning were not just good during the postseason, they were imposing, with a 16-6 record and never seriously threatened in any series. Their celebration was a boat parade, which wouldn’t have been the first choice, but was embraced by the city nevertheless.

“We’re excited to share this with Tampa,” forward Alex Killorn told reporters. “This is our time to enjoy it.”

Few things gave as much enjoyment to Tampa Bay fans as the Buccaneers’ victory over the Green Bay Packers this past Sunday, offering further proof that the team with the NFL’s historically worst winning percentage has been revitalized since the arrival of Tom Brady.

“I am not shocked that they won the game,” former Pro Bowl wide receiver Brandon Marshall said, on FS1’s First Things First. “I am shocked about how they did it. Did anybody expect this?”

Not really. And, in baseball, few expected these Rays to sparkle quite so brightly either. If the L.A. vs. Tampa duel for the greatest sports town of 2020 doesn’t sound like a fair fight, neither does the Rays vs. Dodgers matchup.

Tampa Bay’s salary expenditure is around one quarter of L.A.’s, the ultimate Moneyball approach against the Dodgers’ pure star power, highlighted by the big splash signing of Mookie Betts.

It feels like L.A. is always having a sports moment, yet consider that until the Lakers prevailed in the NBA’s Orlando bubble, the city hadn’t won a championship since the Sparks won the WNBA title back in 2016. Before that, both the Kings and Galaxy lifted titles in 2014.

Now the Dodgers will try to exert their force to claim a crown that feels like a long time coming. The sting of a 32-year championship drought lingers, as do memories of two recent World Series trips that ended in dismay.

The Rays have gotten by with the majors’ third-lowest prorated payroll of $28.2 million, spurred by the electric arms of pitching trio Charlie Morton, Blake Snell and Tyler Glasnow. The Dodgers, on the other hand, sport the second-highest payroll in baseball at $107.9 million, trailing only the New York Yankees. In fact, Betts and Clayton Kershaw's combined yearly salary are more than the Rays' whole clubhouse.

“You never say unstoppable in baseball because it is an unpredictable game,” World Series champion and FOX Sports MLB analyst John Smoltz told me recently. “But at times, that’s how the Dodgers have looked.”

Yet the Dodgers were the ones that had to come back from a 3-1 deficit to overturn the Atlanta Braves, while the Rays held their nerve in Game 7 after being pegged back from 3-0 to a tied National League Championship Series by the Houston Astros.

Heading into Thursday’s Game 1 opener, FOX Bet lists the Dodgers at -200 to win the World Series, while the Rays come in at +160 odds.

Furthermore, for all of the inherent Los Angeles swagger, one of the most intriguing things about all this is that Tampa’s teams have arguably done things with more cache. LeBron James was decisive and dominant in the NBA Finals to move to within two titles of Michael Jordan, yet Tampa Bay has the most exciting player of the baseball postseason in Randy Arozarena, a thrilling home run machine who has played just 42 career regular season games.

When it comes to the NFL, there are few bigger stories than the Buccaneers, who have the most-accomplished quarterback in NFL history under center in Tom Brady and currently sit atop the NFC South standings. So, we ask, could Tampa actually be the cooler sports city right now?

“It is something to feel good about,” Luke Levy, 22, a Tampa-area student told me. “L.A. will always be L.A. and that’s fine. But we have got momentum on our side. Even with how strange things are, you can feel that everyone is getting a lift from this across all the sports. Good things are happening.”

There is an argument to be made that even if the Dodgers win the World Series, a Buccaneers Super Bowl triumph (in their own stadium, no less) would trump everything and swing the pendulum back in Tampa Bay’s favor. That may be so, but that’s for February and it doesn’t pay to look too far ahead while everything is still in such flux.

Either way, neither fan base is complaining right now. It is good to be happy and it’s fine to get greedy. Over the next week, Titletown USA is up for grabs.

Enter the NFL Challenge contest on the FOX Bet Super 6 app for free and you can win this week's $1,000,000 jackpot! Download now at foxsuper6.com.