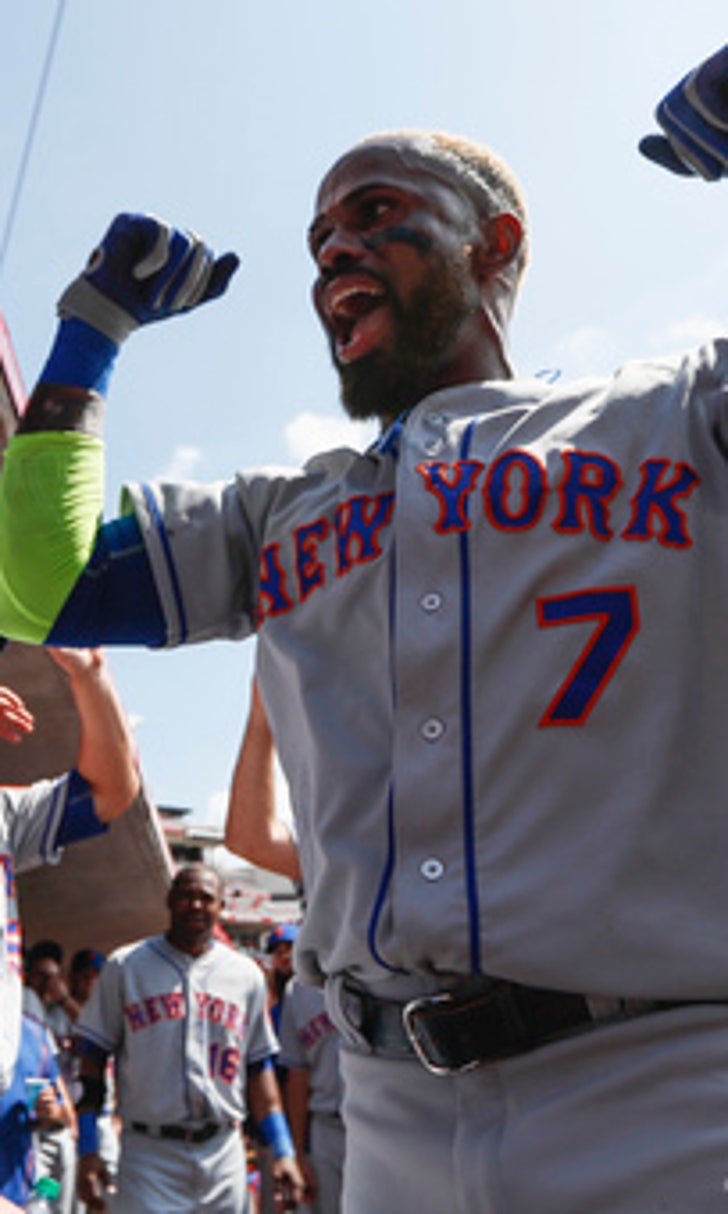 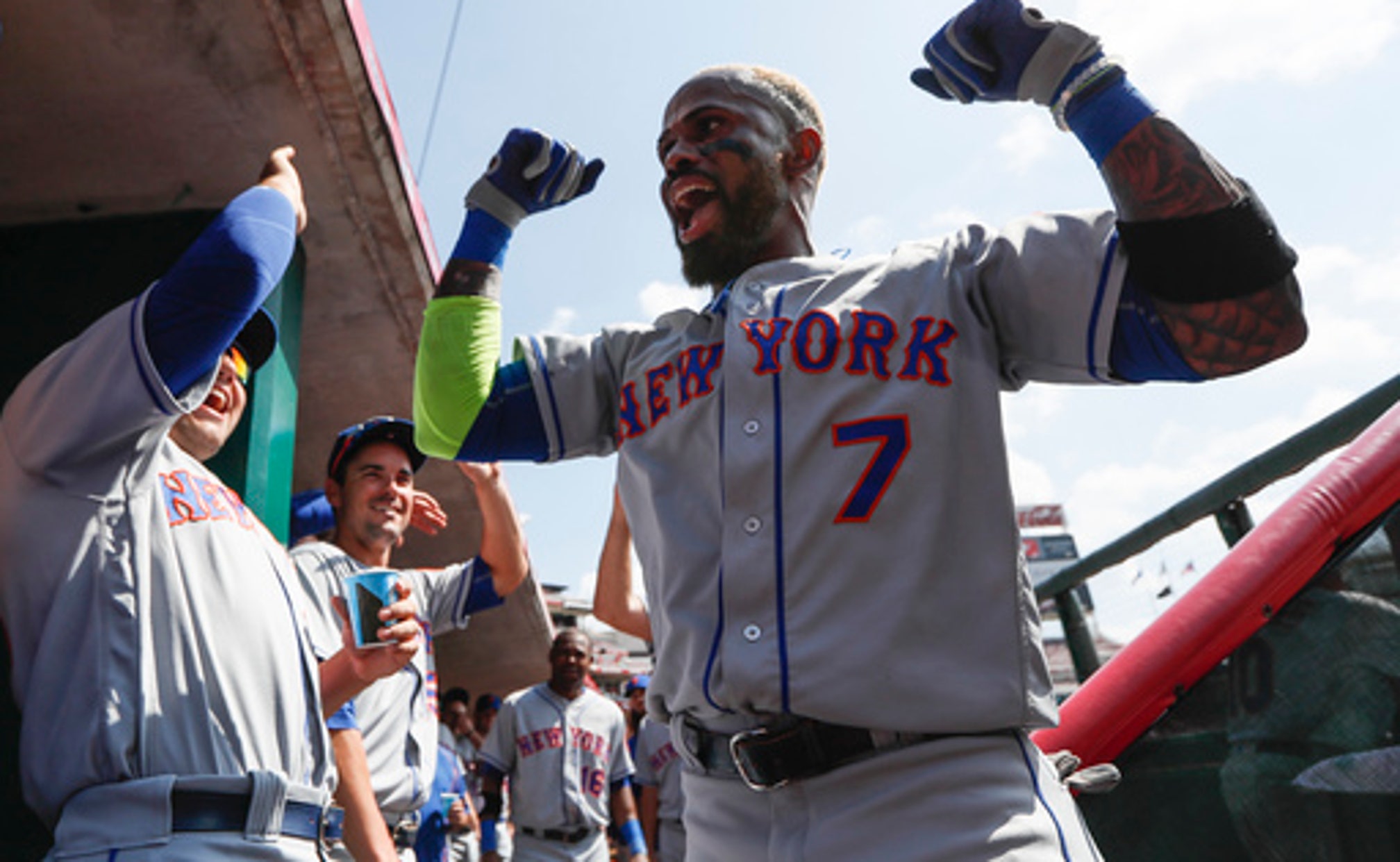 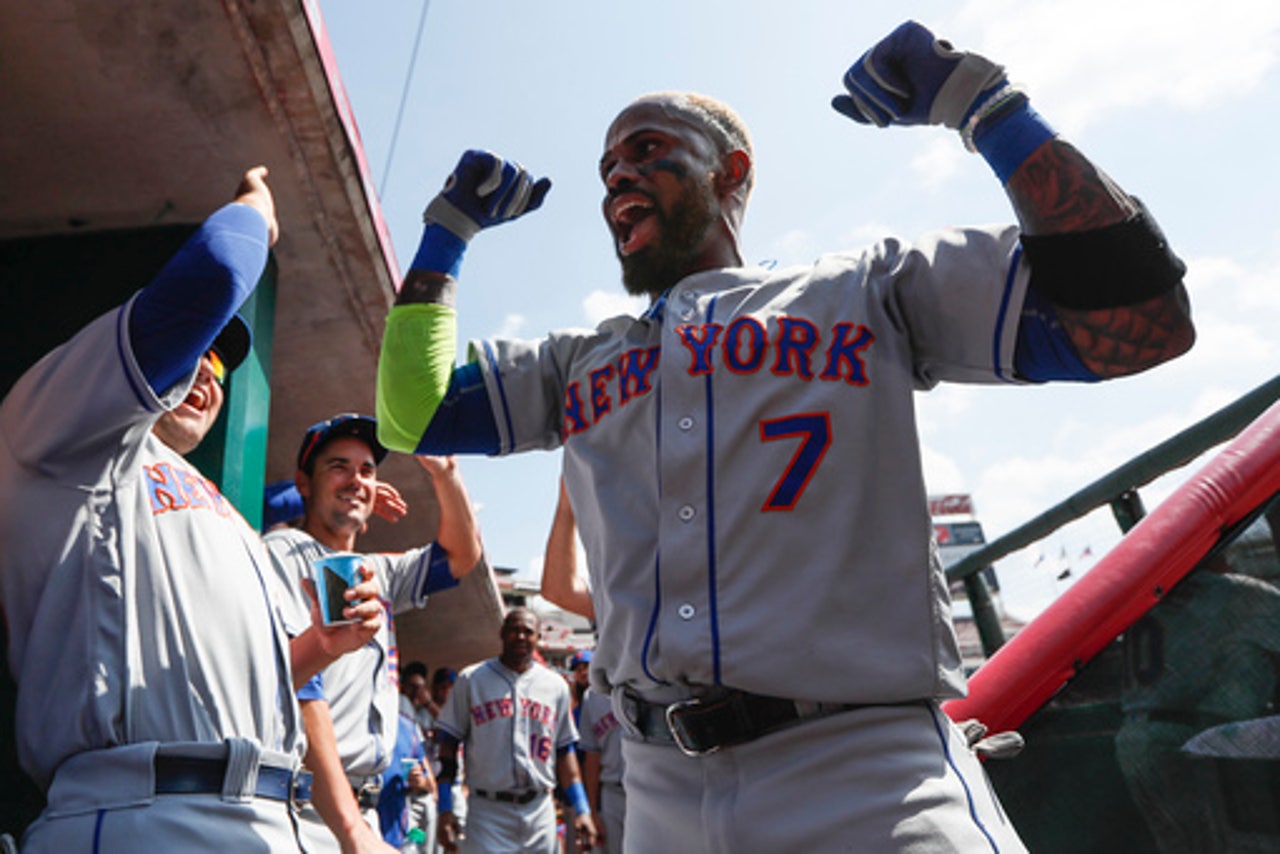 CINCINNATI (AP) One pitch into the game, the New York Mets once again were headed in the right direction.

''We're completely focused,'' manager Terry Collins said. ''We showed that when they scored three runs and we came right back with big hits. We're in our world right now.''

Reyes and Curtis Granderson each homered for the second straight day as the Mets beat Cincinnati for the 14th straight time. Wilmer Flores added a pinch-hit, two-run drive.

Reyes is trying to not get too caught up in this recent run.

The Mets are one win short of tying the club record for consecutive wins against one team. They won 15 straight against Pittsburgh from June 6, 1986, to April 9, 1987, but they'll have to wait until next season before seeing the Reds again.

Syndergaard (13-8) gave up six hits and four walks. But the Reds went 0 for 3 in trying to steal against him - opposing runners had been previously been 45 for 51 this season.

It was 87 degrees and humid at game time, and that might've taken a toll on Syndergaard.

''It wasn't what we had been seeing,'' Collins said. ''His command wasn't there. I don't know if it was the weather, but when I took him out, I knew he was out of gas. He gave us five. I'm glad we got him the win.''

Jeurys Familia closed for his 47th save, extending his franchise record.

Anthony DeSclafani (8-3) took the loss as the Reds fell for the fourth straight time.

Jose Peraza doubled twice, singled twice and drove in two runs for the Reds. Cincinnati trailed 5-0 in the eighth before scoring three times, two on Peraza's double off Addison Reed that barely missed being a tying grand slam.

Cincinnati went 0 for 6 with runners in scoring position against Syndergaard. He struck out seven and improved to 4-1 with a 1.38 ERA over his last five starts.

Reyes sent a shot into the right-field seats for his sixth homer. He later singled, stole a base and scored.

''I was trying to get ahead and Reyes was trying to hit one out and he did,'' DeSclafani said. ''He's been swinging the bat well lately. They all have this whole series. They have a good lineup, and they're playing pretty good.''

Granderson led off the sixth with his 25th home run.

Reyes' home run to lead off the game was his 19th with the Mets, snapping a tie with Granderson for the franchise record. It was his third of the season and overall 24th of his career.

Flores's homer was the first of his career as a pinch hitter and gave the Mets 12 this season, tying the franchise record set in 1983.

Mets: RF Jay Bruce got Wednesday off, as much a break from the strain of returning to his former home for the first time as anything else, Collins said. ''I told him yesterday, ''With all you've been through, why don't you catch your breath and get ready for Friday?'' Collins said.

Reds: CF Billy Hamilton, who strained his left oblique on Sunday, won't travel with the team to Pittsburgh for the four-game series.

Mets: RHP Robert Gsellman (2-1) is scheduled to start Friday in Atlanta. He allowed one run on six hits over six innings of his first career start in a 3-1 win over Washington on Saturday.

Reds: RHP Dan Straily (11-7) starts Thursday at Pittsburgh. He was able to overcome issuing a career-high seven walks in his last start, a 9-1 win over St. Louis.

World Series Top Plays: Game 5
The Dodgers bounced back from their disastrous Game 4 to claim a 3-2 lead. Check out the biggest moments from Game 5.
6 hours ago

Who grabs control in Game 5?
What will the Dodgers and Rays do for an encore after Saturday's wild finish? Our Super 6 preview examines the key questions.
11 hours ago

Plot twist turns up heat on Kershaw
Clayton Kershaw could have been pitching the clincher. Instead, he will be trying to save the Dodgers, writes Martin Rogers.
13 hours ago
those were the latest stories
Want to see more?
View All Stories
Fox Sports™ and © 2020 Fox Media LLC and Fox Sports Interactive Media, LLC. All rights reserved. Use of this website (including any and all parts and components) constitutes your acceptance of these Terms of Use and Updated Privacy Policy. Advertising Choices. Do Not Sell my Personal Info