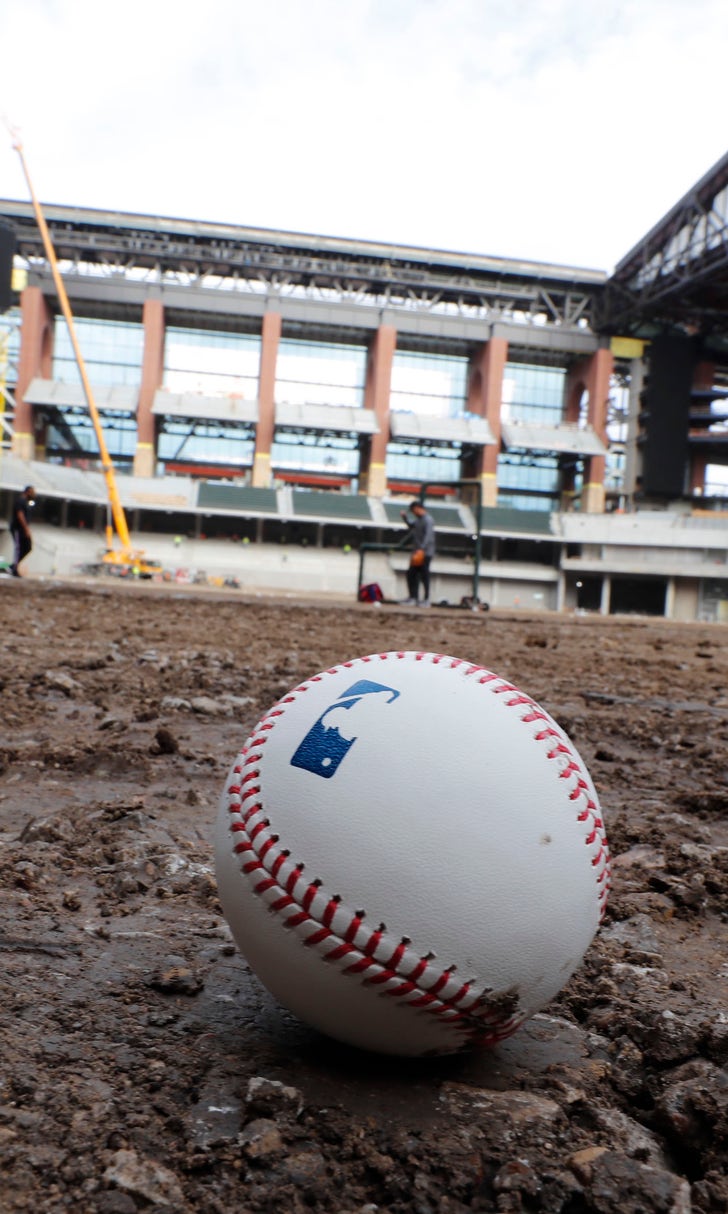 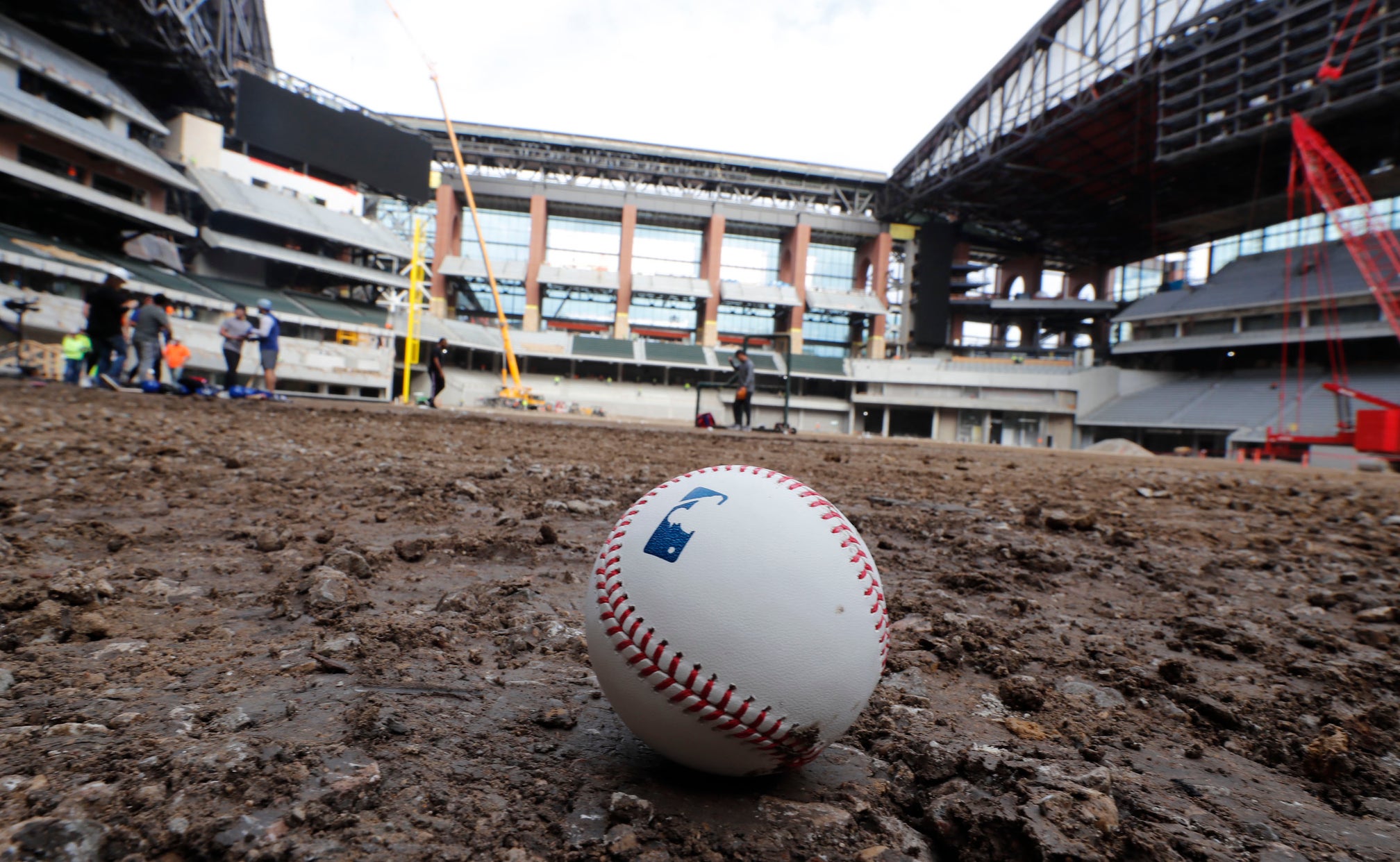 SAN DIEGO (AP) — Baseballs weren't juiced during a record-setting 2019 regular season, according to a study commissioned by Major League Baseball.

They were just flying farther.

A four-person committee of scientists concluded baseballs this year had less drag on average than in previous seasons, contributing to a power surge that resulted in a record number of home runs. Their report released Wednesday blamed the spike on inconsistencies in the seam height of the baseballs, as well as “changes in player behavior." Batters connected 6,776 times in the regular season, smashing the record of 6,105 set in 2017.

The committee says it did not find evidence that MLB intentionally altered baseballs and believes inconsistencies were due to “manufacturing variability.” The balls are hand-sewn by workers at Rawlings' factory in Costa Rica.

“We have never been asked to juice or de-juice a baseball,” Rawlings President and CEO Michael Zlaket said. "And we’ve never done anything of the sort. Never would.”

The committee concluded 60% of the home run surge across 2018-19 could be attributed to an increase in carry, with 40% due to players attempting to hit more fly balls.

Scientists recommended MLB consider installing humidors at all 30 ballparks “to reduce the variability in storage conditions” and install atmospheric tracking systems in each stadium. They believe Rawlings should begin tracking dates that baseballs are manufactured and shipped, and they also suggested a study with a larger sample size to explore the possibility carry is influenced by the rubbing mud applied to bright, white baseballs before they are used in games.

MLB plans to accept those recommendations. Commissioner Rob Manfred said the league does not want to abandon the handmade balls from the Costa Rica factory in favor of an automated manufacturing process with synthetic materials.

The committee confirmed suspicions by players and coaches that the “juiced” ball was carrying less during the 2019 postseason. Cardinals manager Mike Shildt said during the NL Championship Series that St. Louis' analytics team believed fly balls were traveling 4 1/2 feet less on average. That backed a study published by data scientist Rob Arthur at Baseball Prospectus showing the balls suddenly had less drag.

The scientists could not determine why the October balls weren't flying as far. MLB has said the postseason balls were pulled from the same batch as the regular-season ones, and Nathan said there was no discernible difference in the seam height among the samples studied.

The aerodynamics of baseballs were found to be notably different within each season. Even during a given game, there could be significant disparity in ball flight caused by shifts of just .001 inches in seam height. The committee cited "ball-to-ball variation in the baseball drag that is large compared to the year-to-year change in the average drag.”

Triple-A used Rawlings balls from the Costa Rica factory for the first time this season, and hitters at that level also blew past the Triple-A home run record. Zlaket said that was because the balls from Costa Rica were closer to specifications because they were of a higher quality.

Not juiced balls, but spruced balls.

“The ball we make for Major League Baseball is much more precise," Zlaket said.

MLB owns a minority stake in Rawlings, and Peter Seidler, the San Diego Padres general partner, has chief oversight of the equity firm that owns a majority share.

The study was conducted using laboratory testing of baseballs dating to 2013, as well as data pulled from MLB's Statcast tracking system. The group said it “significantly modified” its lab tests from a previous study released in 2018, which also found that drag in the baseball was decreasing but did not confirm that seam height inconsistencies were the strongest factor.

Changes to the roundness of the ball, surface roughness and the thickness of the laces were found to be “relatively consistent."

Who grabs control in Game 5?
What will the Dodgers and Rays do for an encore after Saturday's wild finish? Our Super 6 preview examines the key questions.
3 hours ago

Plot twist turns up heat on Kershaw
Clayton Kershaw could have been pitching the clincher. Instead, he will be trying to save the Dodgers, writes Martin Rogers.
5 hours ago

Rays Beat Dodgers In Instant Classic
What just happened?! We're glad you asked. Here's everything that went down in a spectacular, thrilling World Series Game 4.
17 hours ago

World Series Top Plays: Game 4
The Rays stunned the Dodgers in a game for the ages. Here are the top plays from Game 4.
18 hours ago

Social Media Reacts To Rays' Epic Win
Game 4 of the World Series will go down as one of the wildest in baseball history. Here's how the sports world reacted.
18 hours ago
those were the latest stories
Want to see more?
View All Stories
Fox Sports™ and © 2020 Fox Media LLC and Fox Sports Interactive Media, LLC. All rights reserved. Use of this website (including any and all parts and components) constitutes your acceptance of these Terms of Use and Updated Privacy Policy. Advertising Choices. Do Not Sell my Personal Info