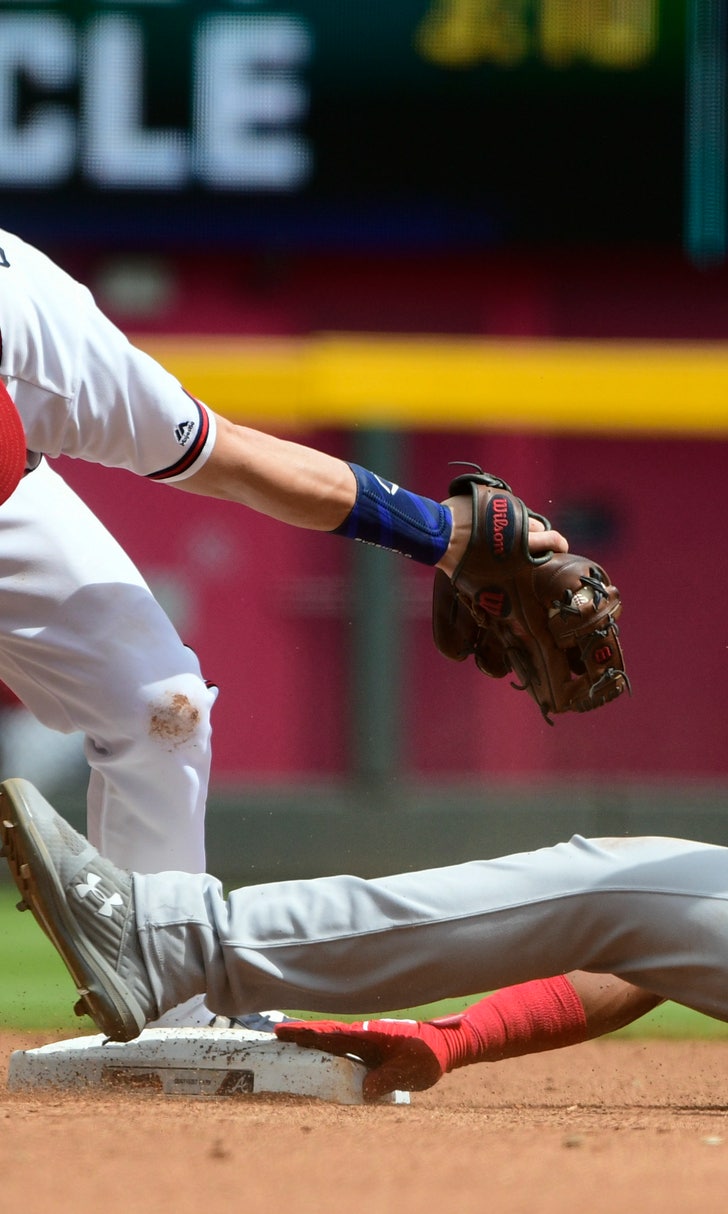 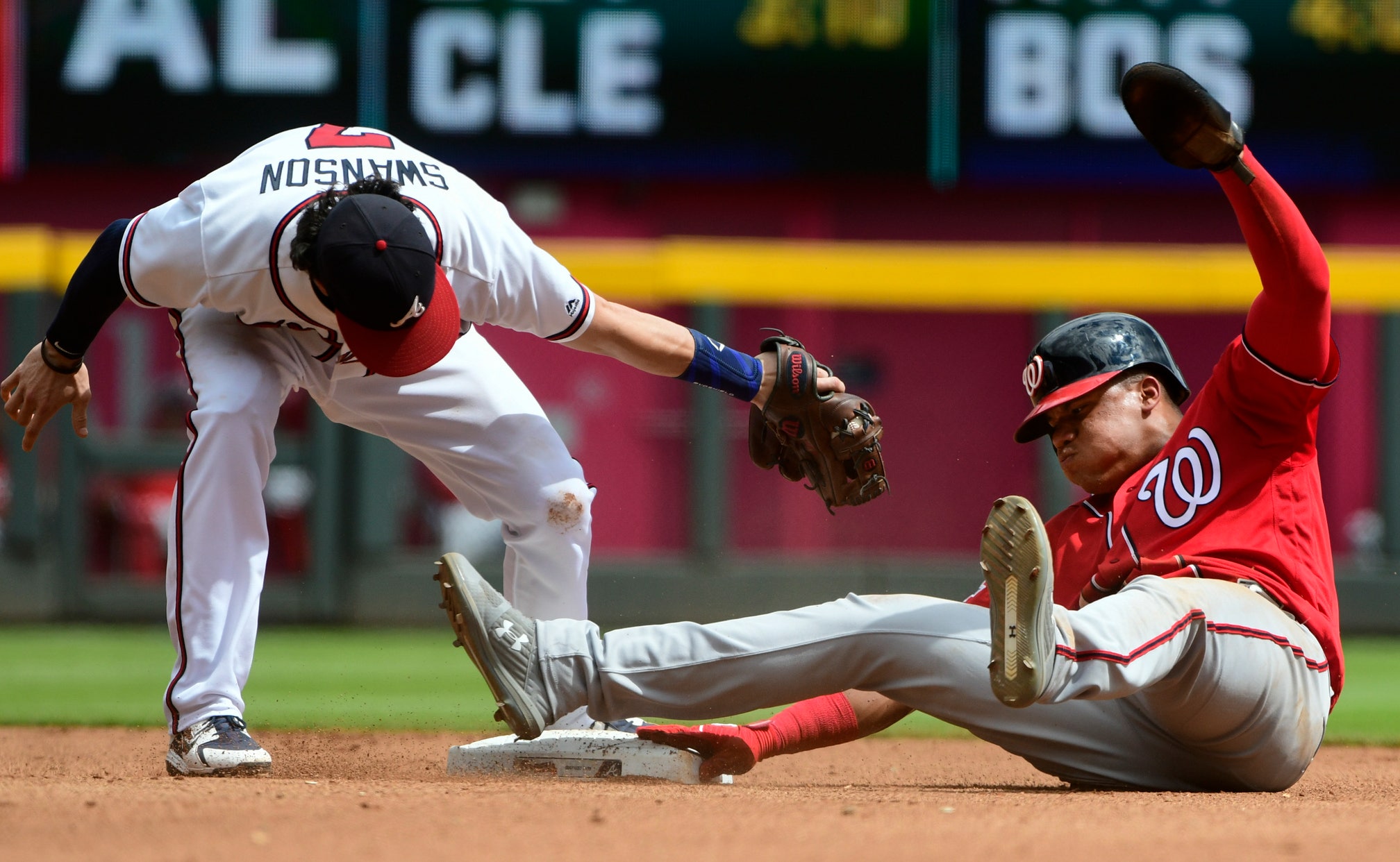 Soto becomes youngest player to steal 3 bases in a game

ATLANTA (AP) — Washington 19-year-old rookie Juan Soto has become the youngest player to steal three bases in a game when he accomplished the feat against Atlanta.

Soto surpassed the mark set by Oakland's Rickey Henderson at 20 years, 241 days on Aug. 23, 1979, against Cleveland, according to the Elias Sports Bureau.

Soto hit an RBI single in the first inning Saturday and stole second, then walked in the fourth, stole two bases and came home on a bases-loaded walk.

Soto also extended his on-base streak to 20 consecutive games, one night after joining Hall of Famers Mel Ott, Mickey Mantle and Al Kaline as the only teenagers to reach safely in 19 straight.