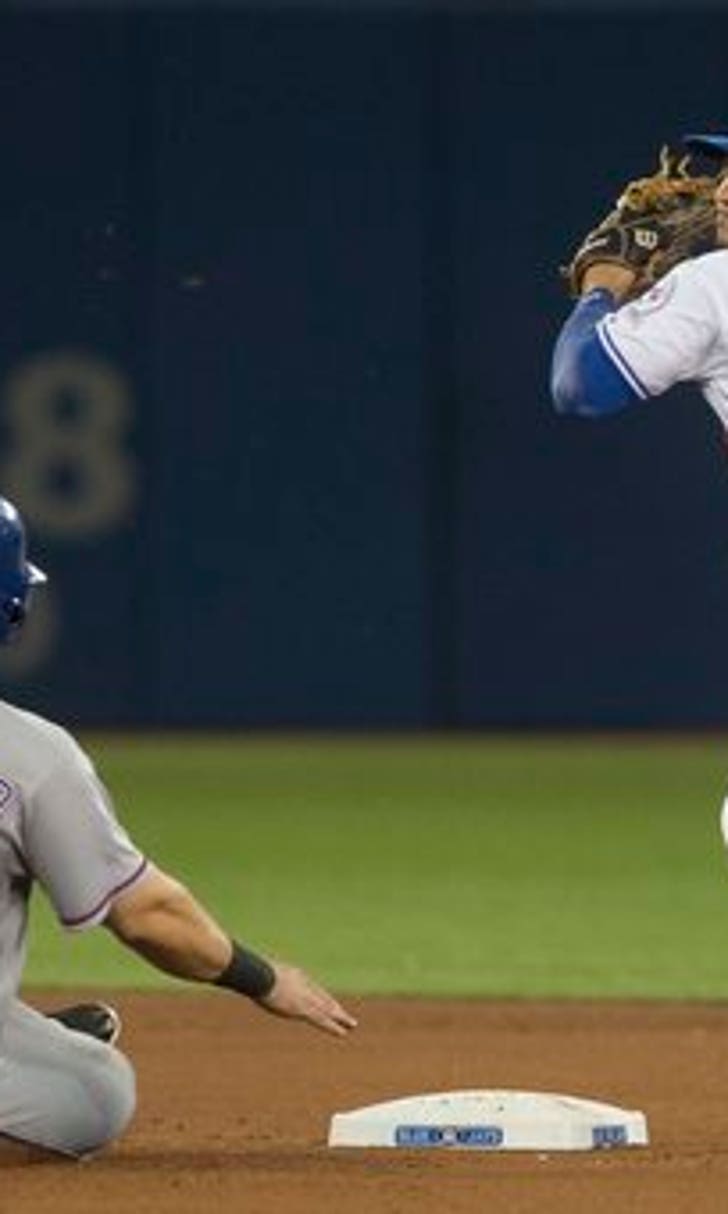 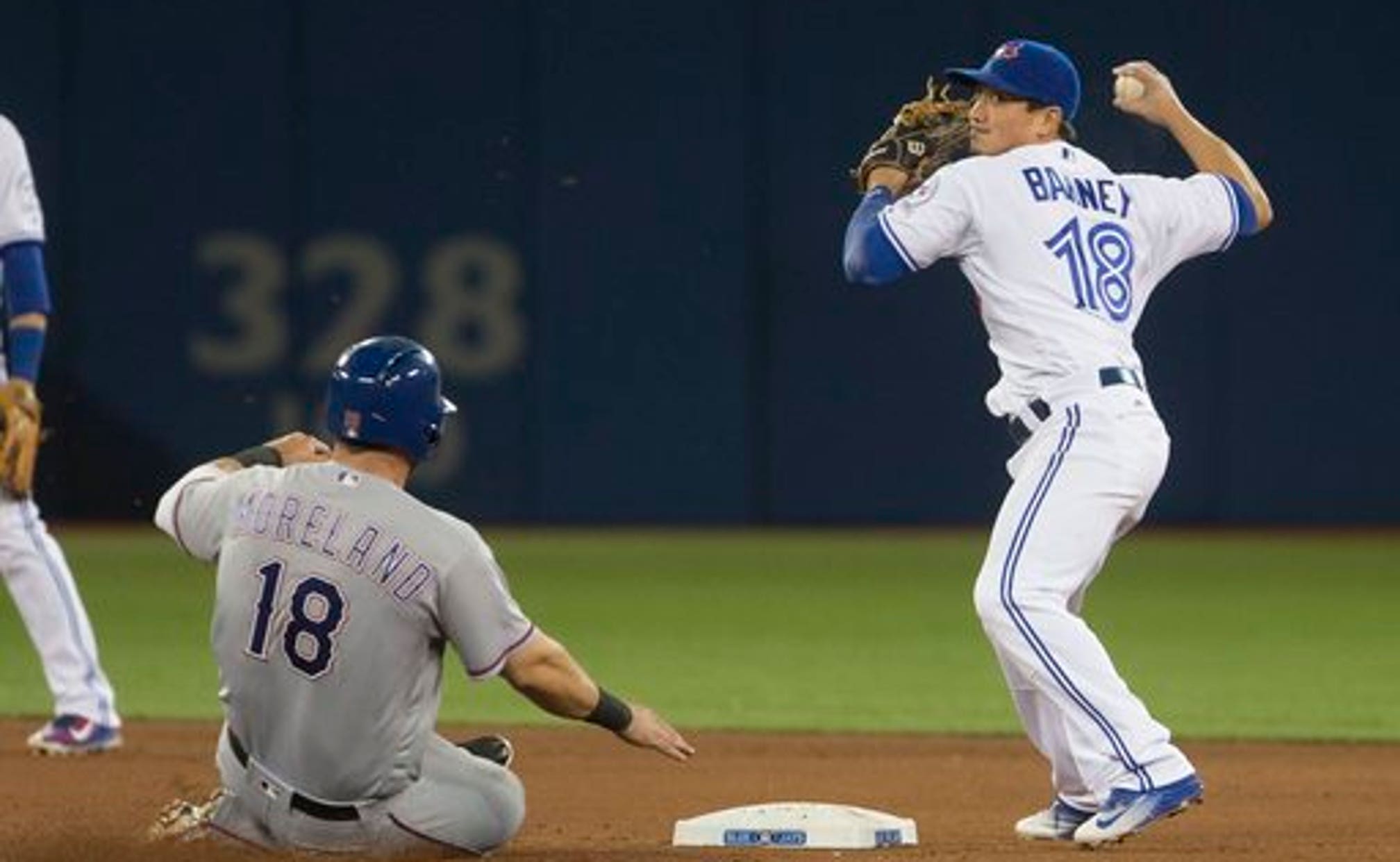 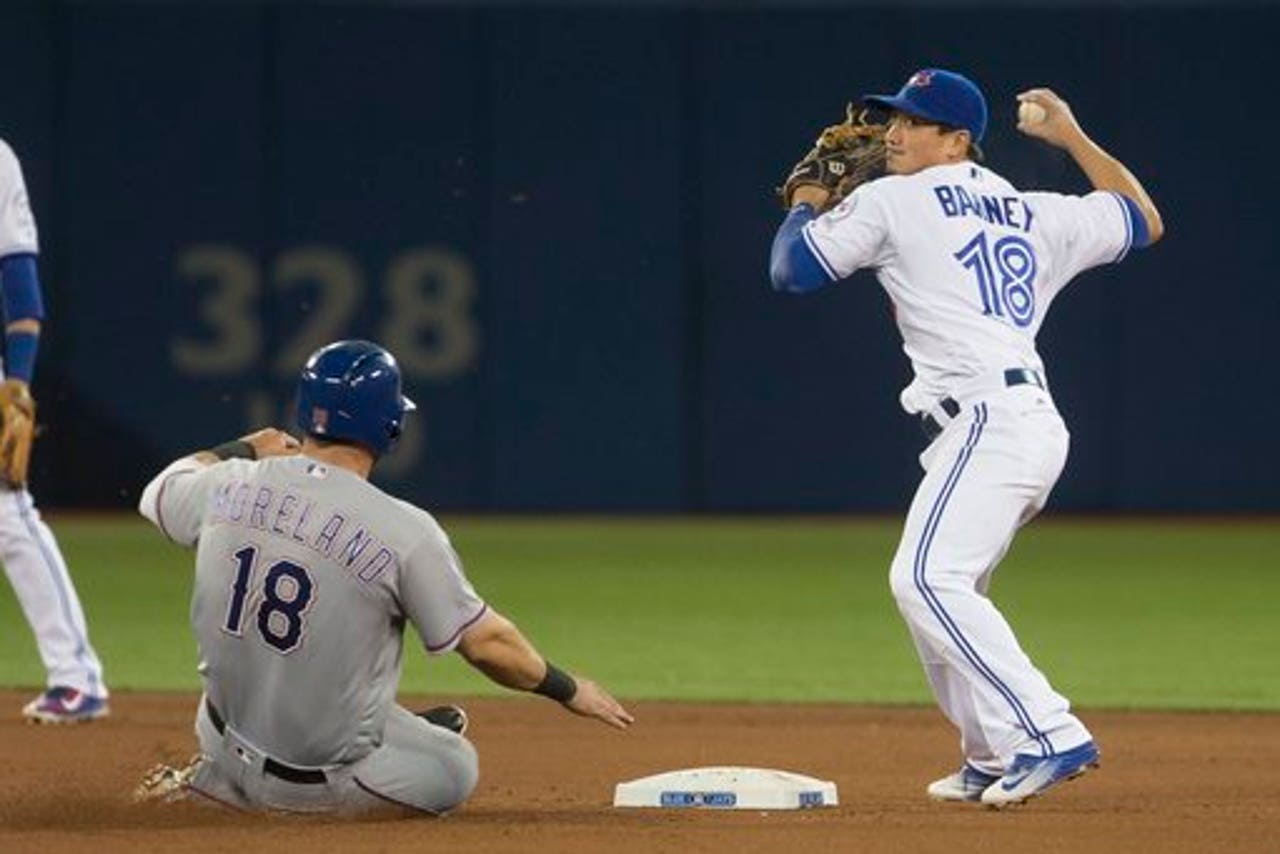 TORONTO (AP) In a game where runs were at a premium, Justin Smoak's first two home runs of the season couldn't have come at a better time.

Trailing throughout Tuesday night's game against the Texas Rangers following Rougned Odor's first career lead-off home run on Marco Estrada's second pitch of the game, the Toronto Blue Jays first baseman stepped up in the bottom of the ninth. He promptly tied the game with a solo shot over the scoreboard in left-centerfield off closer Shawn Tolleson, before winning it one inning later with a two-run shot to left off Phil Klein (0-1) as the Blue Jays beat the Rangers 3-1.

''It was a tight game there until the end and being able to pull it off there in the end was good,'' Smoak said of his first career walk-off home run and Toronto's first extra-innings win of the season. The Blue Jays went 0 for 9 with runners in scoring position during the game.

''I just wish the Raptors weren't playing so we could have all the attention, no, I'm kidding,'' he said, referencing Toronto's NBA team that lost Game 1 of the Eastern Conference semifinals to the Miami Heat down the road.

For manager John Gibbons, after waiting patiently for his offense to catch fire, it was about time after watching his team go through 14 consecutive scoreless innings before Smoak's first home run. The win snapped a streak of four straight home losses, Toronto's longest such streak since April 23-26, 2014.

''We were due,'' he said. ''. How many innings we go without scoring one run there then Smoaky put us on the board. It was a battle. Pitching on both sides was great.''

Estrada (2-1), who complained of a sore shoulder during his start against the Chicago White Sox last Wednesday, allowed two hits in six innings, throwing 88 pitches. He beat Texas and Perez in Game 3 of last year's AL Division Series.

For Klein, who had surrendered a single to Edwin Encarnacion and struck out Troy Tulowitzki before facing Smoak, it was the worst kind of feeling.

Tolleson, who gave up the tying run to Smoak one inning earlier, said he would ''probably think about it for a couple more hours, then I'll put it behind me.''

It had looked oh-so different for the Rangers one inning before, with one out and runners and first and second. Adrian Beltre popped to second baseman Darwin Barney and with Odor tagging up and heading for third, Barney fired from shallow right field to find Josh Donaldson, who tagged Odor out on arrival.

While Odor gave credit to Barney for the play, manager Jeff Banister saw it differently.

''The base-running decision was not a good decision on our part, but that didn't lose the ball game for us,'' he said.

The second baseman made his presence felt in the seventh inning. With Kevin Pillar and Russell Martin already on board and no outs, Darwin Barney fell into an 0-2 hole before battling Texas reliever Jake Diekman through a 15-pitch at-bat before finally striking out looking.

Gibbons announced before the game that the team will platoon second base between the incumbent, Ryan Goins, and Barney, who got the start Tuesday night. Goins, who has started at second base in 22 of the Blue Jays' 28 games this season, has just two hits in his previous 21 at-bats, with a .160 average. Barney is hitting .281 in 32 at-bats this season.