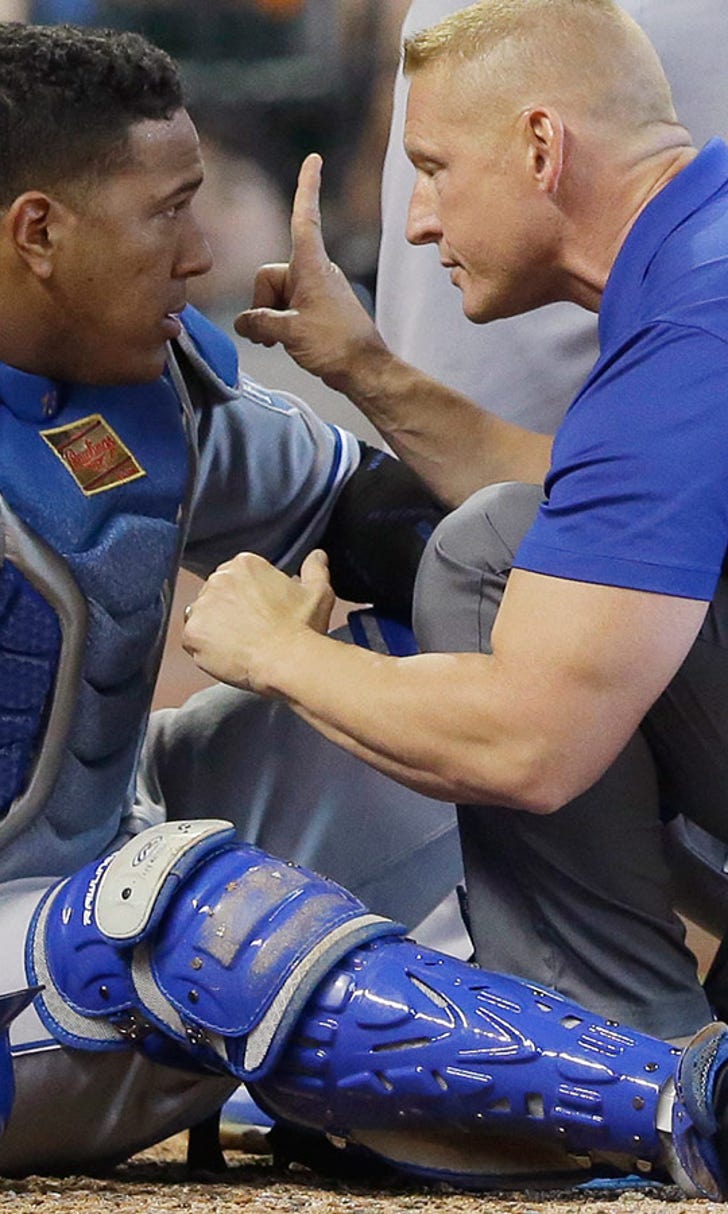 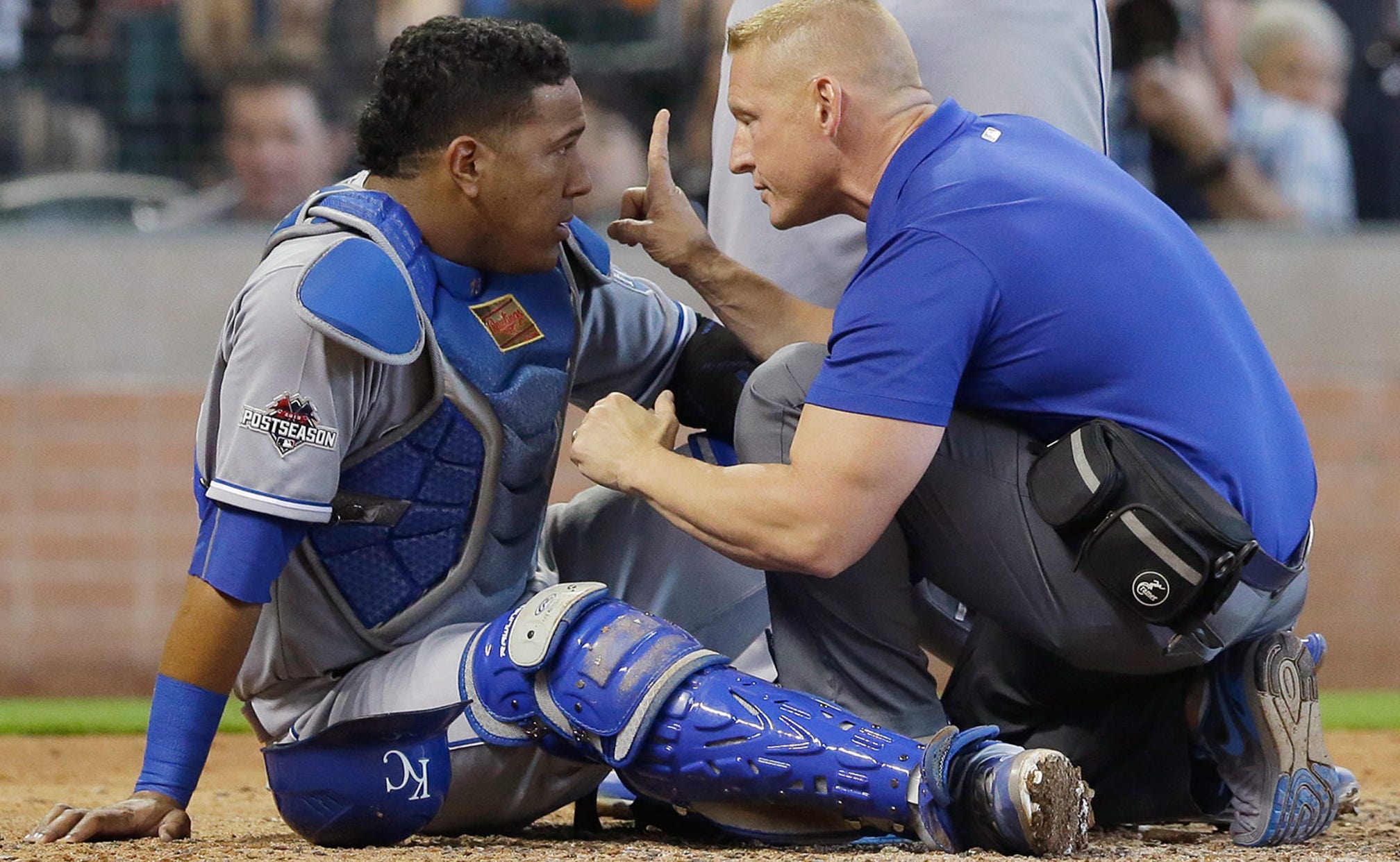 Royals' Perez says 'everything is great', will start ALDS Game 5 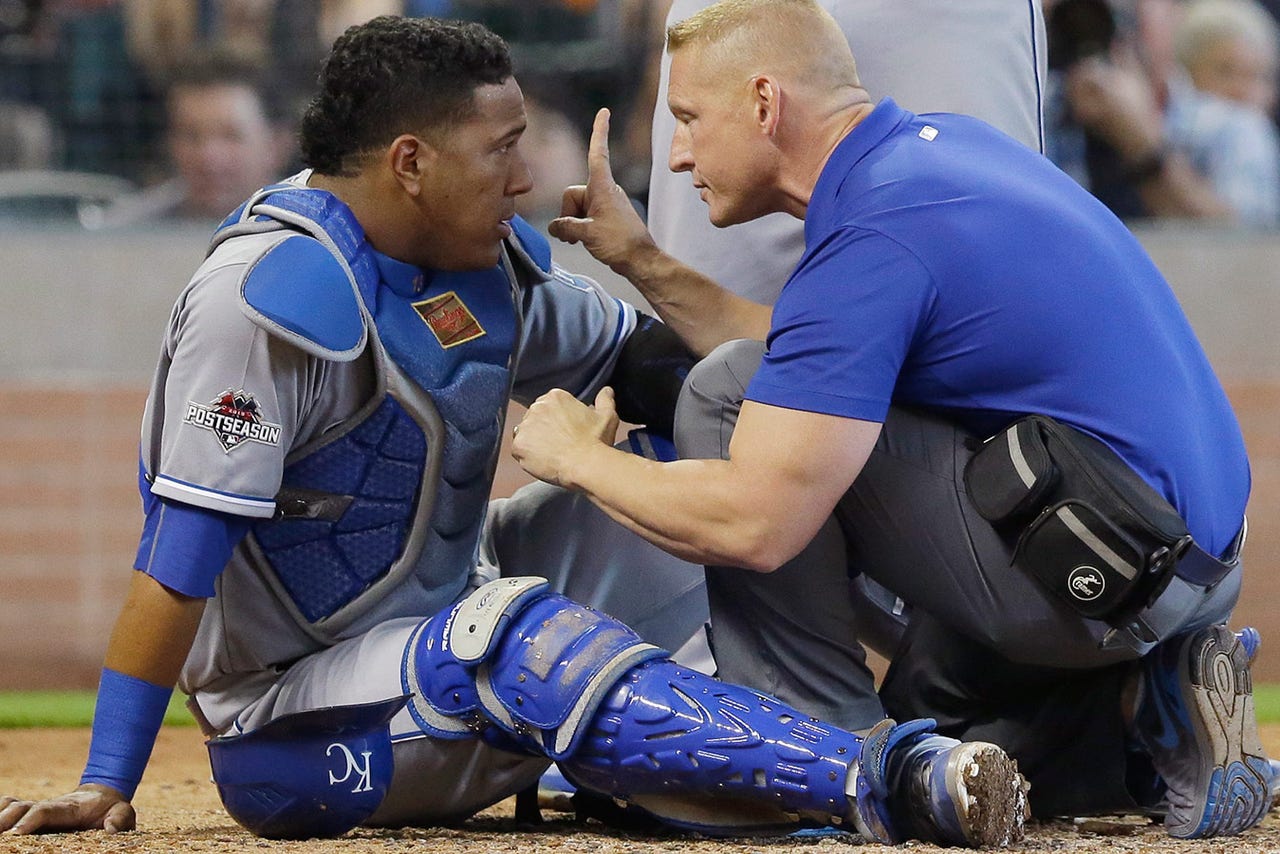 Despite being a bit banged up, catcher Salvador Perez said on Tuesday that he won't be missing the Kansas City Royals' huge Game 5 showdown with the Houston Astros on Wednesday night at Kauffman Stadium.

Perez hit a home run in the second inning of Monday's Game 4 but was removed late in the game after taking a foul ball off his catcher's mask and being hit by a pitch. This all came after Perez was caught up in a minor traffic accident on Sunday night, too. Naturally, the fender-bender involved a car full of Astros fans. Here's an image from the aftermath shared by Perez's agent, Rafa Nieves, on Instagram:

Despite all these potential aches and pains, Perez gave the 'all clear' on Tuesday.

"They did a concussion test after the game yesterday in the trainer's room, but I passed everything," Perez said to ESPN's Doug Padilla. "Everything is great; everything is good. I will catch tomorrow."

Needless to say, Perez is a huge part of the Royals' lineup and it probably would have taken a lot to keep him out of action for the decisive game of the ALDS.