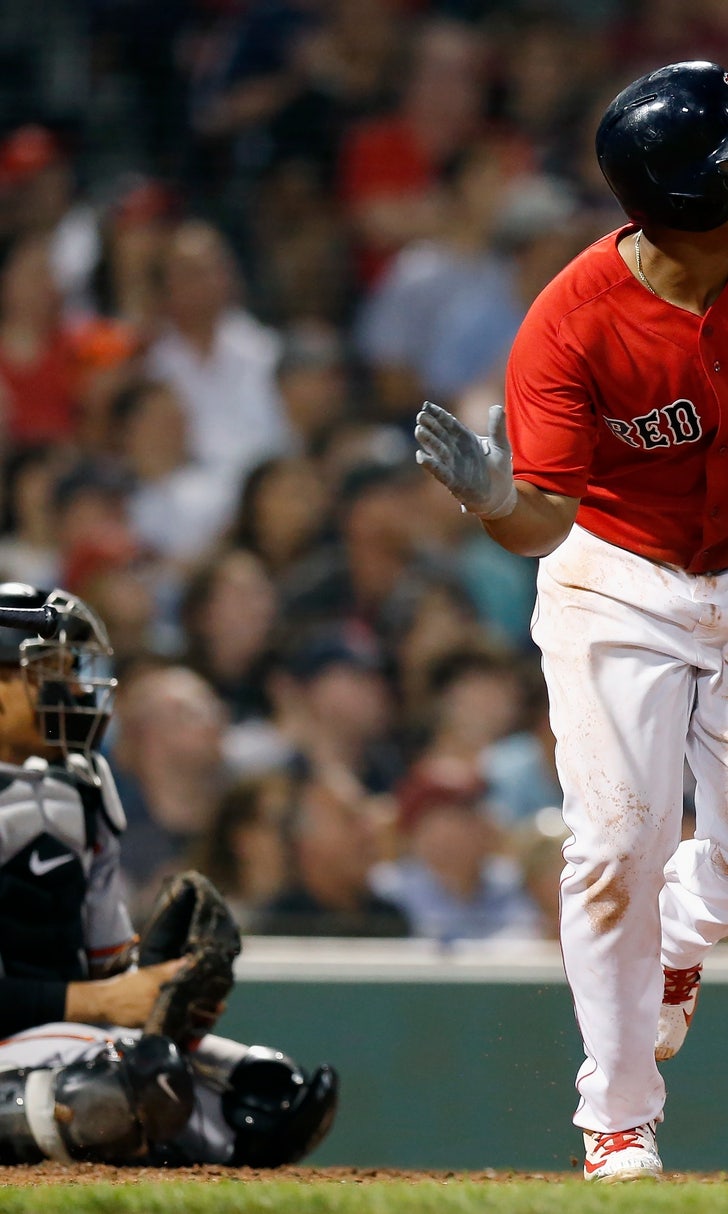 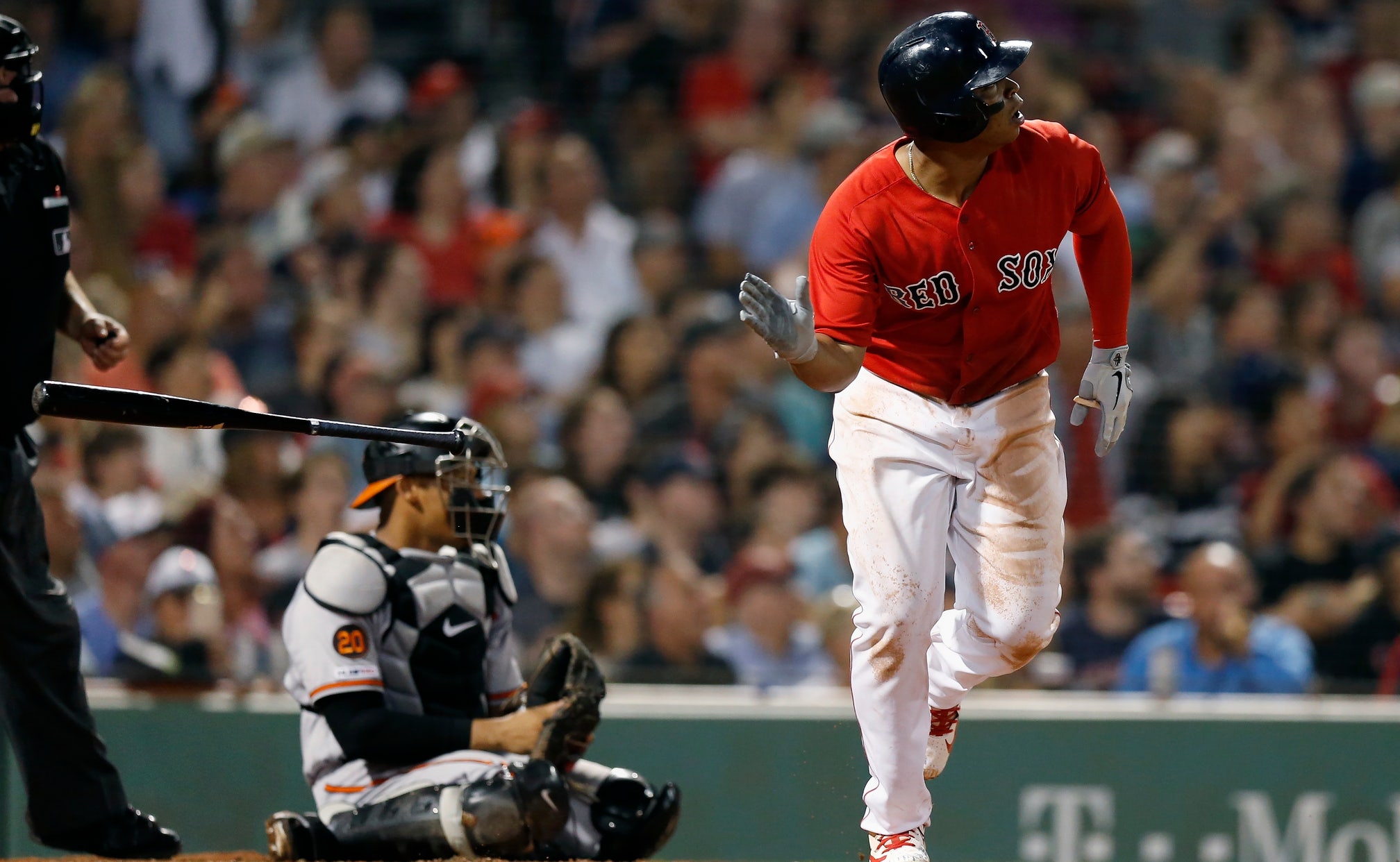 Judging by his first start since ace lefty Chris Sale went on the 10-day injured list, he looks like he can take on the added responsibility.

The win came a few hours after Boston had to put Sale on the IL due to inflammation in his left elbow. Red Sox president Dave Dombrowski said Sale felt stiffness after his start Tuesday in Cleveland and didn't tell the team until Friday before he was sent for an MRI.

"He's a big part of the rotation," Rodríguez said. "He's the best pitcher we have here as a starter. We know how good he is."

Trey Mancini had a double — his eighth straight game in Fenway Park with an extra-base hit — for the Orioles, who have dropped six straight.

Rodríguez (14-5) allowed four hits, struck out four, walked two and hit a batter in setting his career high for wins in a season. He's 6-0 with a 1.30 ERA in his last eight starts against Baltimore, the team that originally signed him.

"I don't think I've ever seen the guy pitch bad in person," Baltimore manager Brandon Hyde said. "He's just got four pitches that he can (throw). He really locates well."

Devers' two-run shot went into the Green Monster seats and made it 4-0 in the seventh. In his last four games, he's 11 for 18 with two homers and seven RBIs.

Dombrowski said that in addition to the team's doctors, Sale will also have the results looked at by orthopedist Dr. James Andrews, but probably not until Monday. Dombrowski wasn't certain if Sale would visit Andrews.

"It's always tough, but we've got to keep going," Boston manager Alex Cora said. "We'll find out more in the upcoming days. As of now, somebody's got to step up. That's the way it works in this business."

The Red Sox will be waiting for more news.

"There's going to be further evaluations," Dombrowski said before the game. "We're in a situation where I don't know where it's really going to take us at this point."

Brock Holt homered into Boston's bullpen over the leaping bid by right fielder Anthony Santander leading off the fifth. Jackie Bradley Jr. followed with a triple off the Monster and scored on Wojciechowski's wild pitch.

Cora said he frequently looks at the scoreboard to monitor teams Boston's trying to catch in the AL's wild-card race.

"Why not? That's the way it is," he said. "That's part of baseball. Whoever says they don't look, they're lying. You always pay attention."

They remained 6 ½ games behind Tampa Bay, the second wild-card team.

Third-base umpire Joe West was hit on the right leg in foul territory by a hard grounder from Baltimore's Richie Martin. West got a nice hand from the fans after they noticed he was OK.

Orioles CF Stevie Wilkerson made a leaping catch up against the wall on Mitch Moreland's drive to end the fourth, falling to the track after the grab.

Wilkerson probably knew how Moreland felt after his grounder that was going up-the-middle for a hit was snared by SS Xander Bogaerts, who left slid before getting up and throwing to first.

Orioles: Promoted RHP Hunter Harvey from Triple-A Norfolk before the game after sending RHP Tom Eshelman there following Friday's loss. Harvey, who has battled injuries since being selected with their first pick in 2013, made his major league debut, working a scoreless inning with two strikeouts and a walk. "Everything that's led me up to this point, all the injuries and all the negative stuff that I've had in my past, just to be able to overcome that and finally reach my dream has been awesome," Harvey said.

Red Sox: LHP David Price (cyst, left wrist) was scheduled to throw a bullpen Saturday. The left-hander went on the 10-day IL on August 8. Cora didn't have any news on how it went before the game.