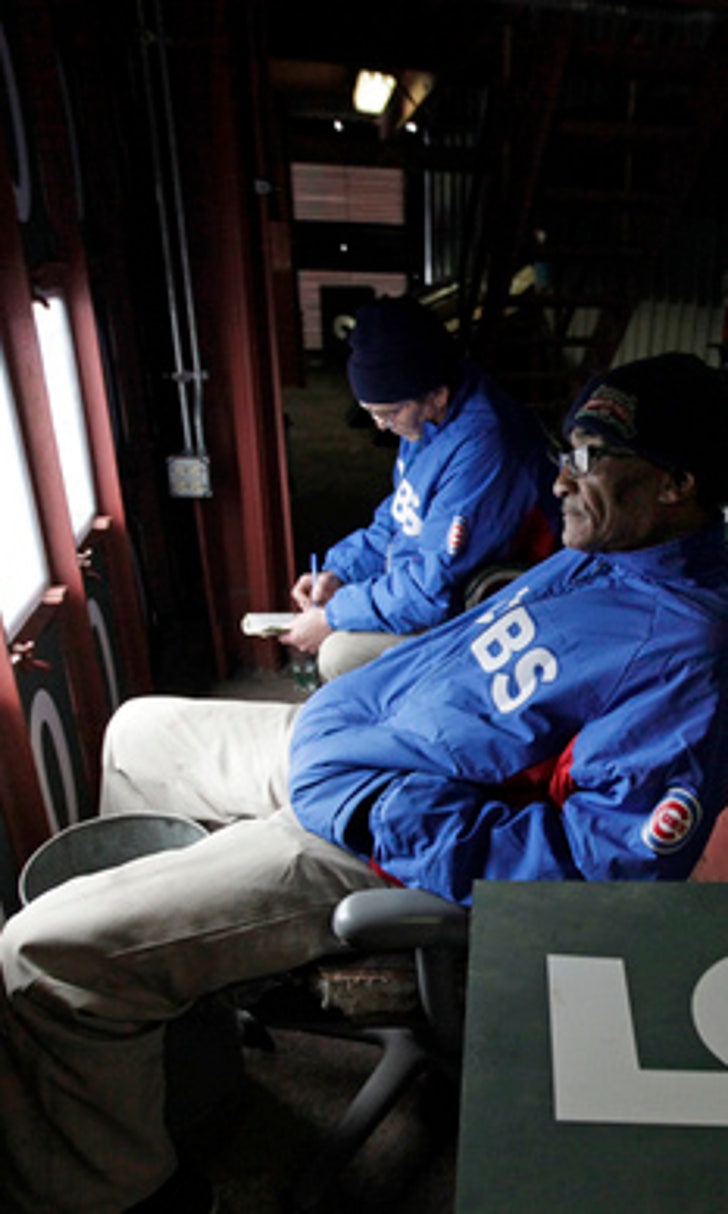 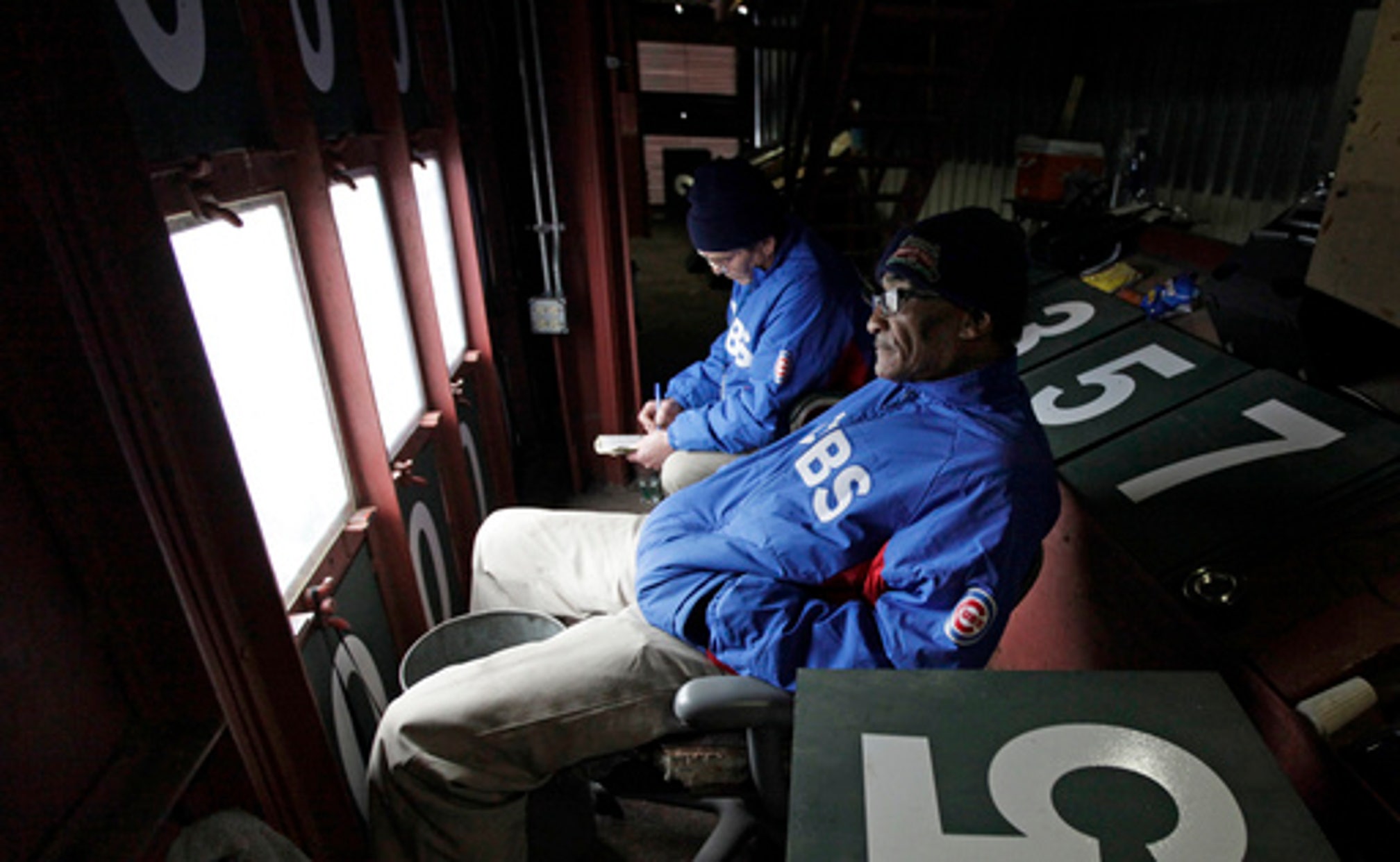 Retiring Wrigley Field scoreboard operator has seen it all 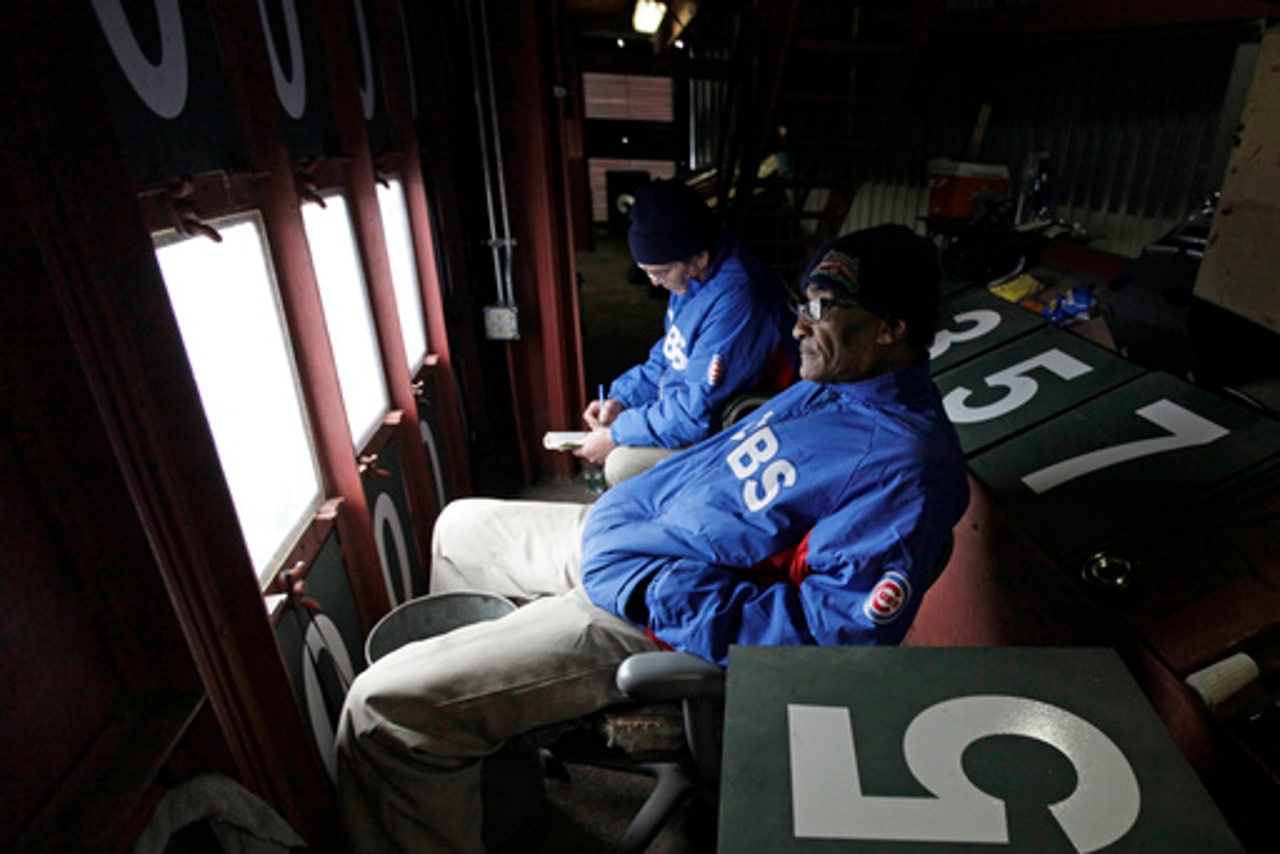 CHICAGO (AP) Fred Washington has been surrounded by numbers and cities for decades. Seasons full of ones and twos and zeroes. Pittsburgh, Cincinnati and Milwaukee, too.

When his beloved Chicago Cubs scored three in the first, Washington put the crooked number in the right spot. When the Cardinals jumped all over the Pirates, Washington told the story, column by column on the hand-operated scoreboard at Wrigley Field.

Springs turned into summers and mostly empty Octobers, and Washington's most important numbers changed. And he realized it's time to go home.

''I think as you get older your body speaks to you and tells you the things that you're able to do,'' he said. ''Also, there's certain things around here that you can't do, and one of those is, you spend an awful lot of time here and at 66, I think I want to spend some time with my family because I don't have very much time to spend with my family here.''

So when the Cubs play their last home game of the year, that'll be it for Washington, too. He'll climb down the ladder at the bottom of the classic green scoreboard and stroll off to retirement.

No one will notice, probably. There likely won't be any fuss. The Cubs honored Washington before a September game, and that was more than enough for the easygoing Chicago native.

It was all a gift, anyway. More than Washington ever expected.

''You never realize that you're going to meet so many good people,'' Washington said, ''so many people that had such a bearing on your life. It's very rewarding.''

Washington had jobs with the Chicago Police Department, the Chicago Mercantile Exchange and in railroads before he was hired by the Cubs in 1984 for a security position.

He moved to the grounds crew two years later, and then joined the scoreboard crew in 1990.

''This particular job, it's kind of next man up,'' he said. ''People retire, they move on, and somebody has to replace them, and you can't just walk up like you've lived here all your life. It's like anything else. It's a learning process.''

Washington's home away from home these past 26 years was built in 1937. There are three levels in the scoreboard, and as many as four people fill in the numbers for a full slate of games in the summer.

Washington and his partner work on the first floor for the Cubs' linescore and National and American League games on the bottom level. Darryl Wilson , another longtime scoreboard operator, takes care of the second and third floors along with another colleague. Wilson calls down updates that he gets from a computer.

''We spend an awful lot of time together, and the camaraderie is such that, we're almost related,'' Washington said. ''I mean we get along, we get along very well. It's kind of like we're brothers up here.''

Washington also has a rapport with the fans who sit in Wrigley's famed bleachers. He sees it all from his perch above the stands, and he hears it from the crowd if someone feels there is a miscue with the scoreboard.

''There's a human element up here,'' Washington said, sitting in a chair in the scoreboard while the Cubs were in Los Angeles this week for the NL Championship Series. ''I mean nobody's perfect, and they'll scream up here and try to point out something to me if they believe it's a mistake.''

Wrigley also is where Washington met his wife, Darla. She was friends with one of Washington's co-workers. They got married in 1989, and the couple's daughter, Alisha, 21, goes to Southern Illinois-Edwardsville. While Darla likes the Cubs because of Washington's job, he said she isn't a baseball fan.

''To her, it's like how can I come home tired from watching a ballgame,'' he said. ''But she's under the impression that like when I come to work I just walk up in the scoreboard and sit down and everything's cool until I get off. But I have other chores.''

Alisha visited Wrigley for the first time when her father was recognized last month.

''A 21-year-old's mind, you don't hear things like `I'm proud of you' because their mind just don't work like that,'' Washington said. ''But when a 21-year-old tells you that they're proud of you, it's something to pay attention to and it kind of made my heart kind of skip a beat.''

Washington has seen a lot of bad teams over the years. But his final season has been a lot of fun.

The Cubs rolled to a major league-best 103 wins and the NL Central title this year. Game 6 against the Dodgers is Saturday night at Wrigley.

It has been 71 years since Chicago's last NL pennant, and 108 years since the franchise last won the World Series in 1908. A title would be quite a send-off for the soft-spoken Washington, who sounds as if he is coaching himself for whatever way it comes to an end.

''For them to be in the position that they're in now, I really never thought that they would get this far,'' he said. ''A World Series ring would be, just for them to compete would be a lifelong dream of mine.''