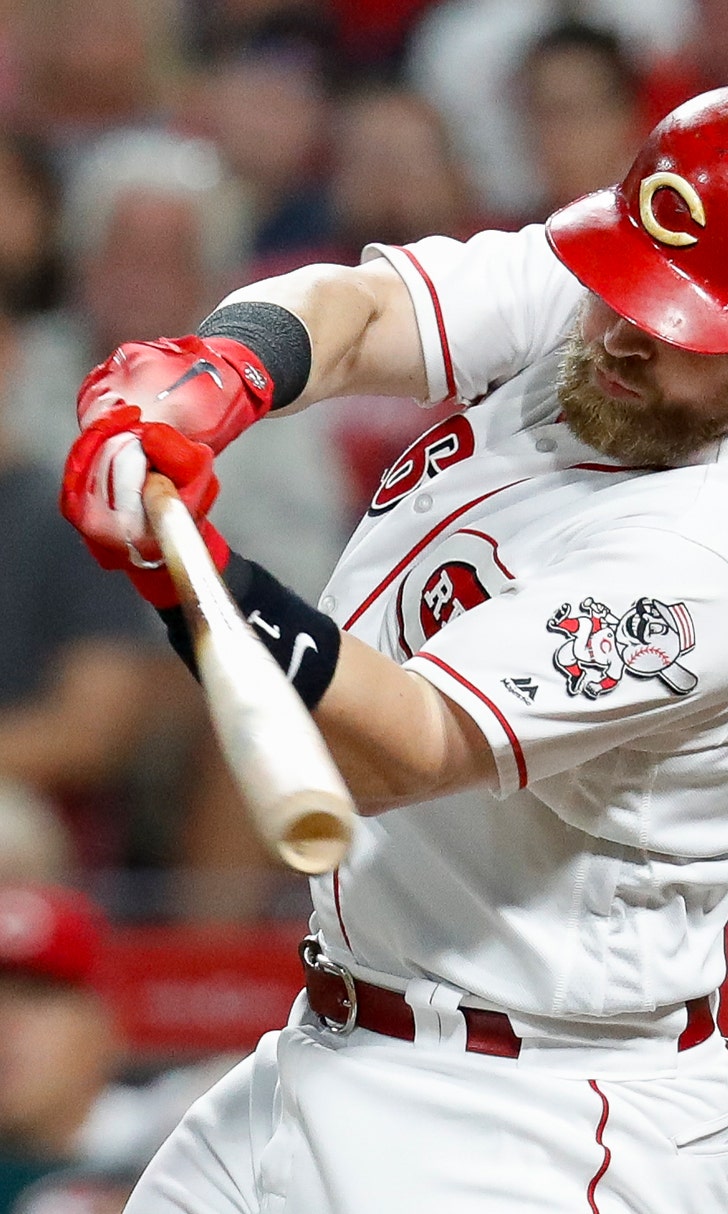 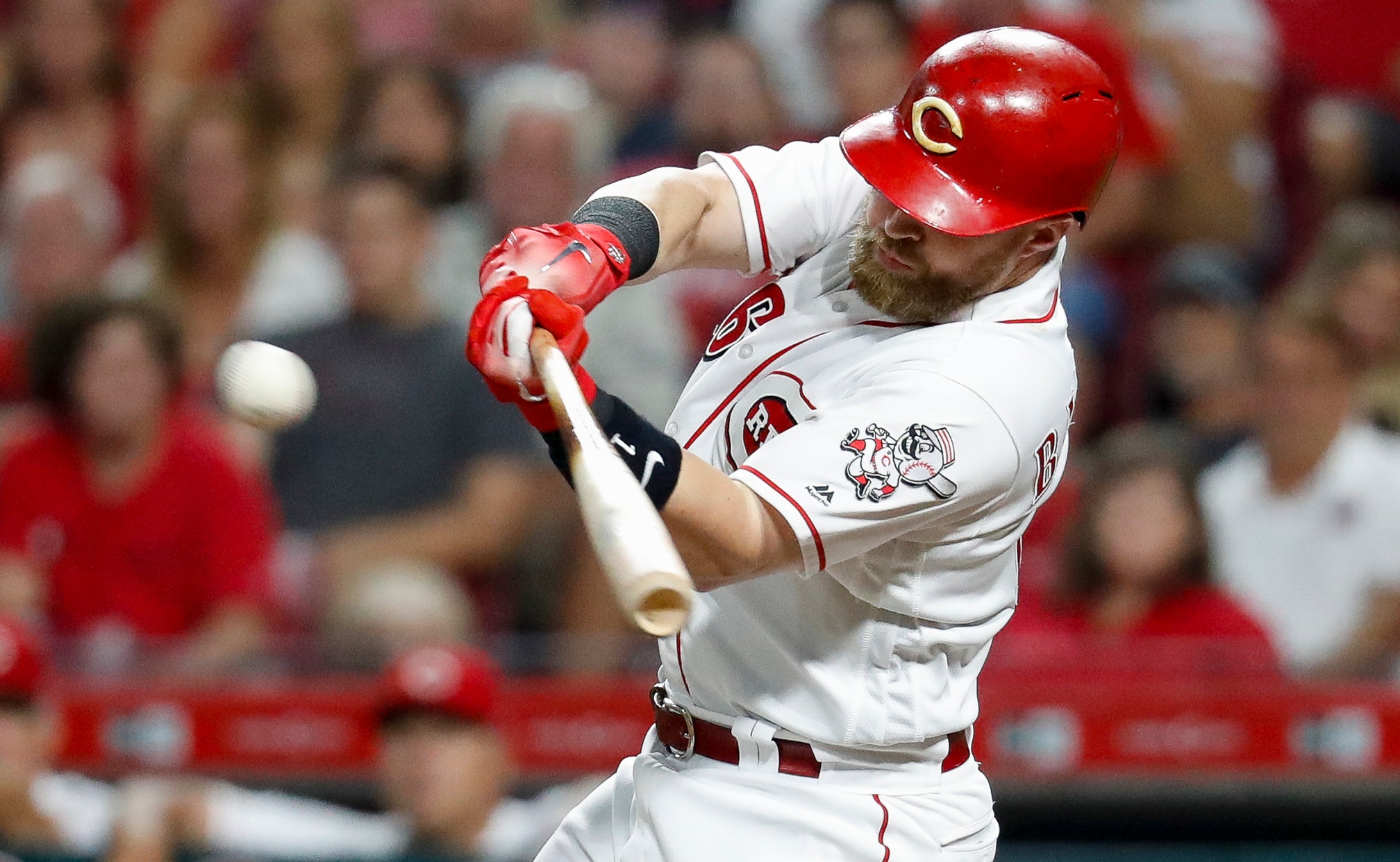 CINCINNATI (AP) — Arizona's road trip against three last-place teams is off to a tough start.

Archie Bradley struggled during Cincinnati's four-run eighth inning, and the Diamondbacks lost 6-3 to the Reds on Saturday night.

Arizona dropped back-to-back games for the first time in more than two weeks. The Diamondbacks also remained in a tie for the NL West lead with the Los Angeles Dodgers, who lost 3-2 at Colorado.

Eduardo Escobar hit a two-run drive for his first homer since being acquired in a trade with Minnesota, and David Peralta also connected.

"We are frustrated, no doubt" Diamondbacks manager Torey Lovullo said. "We feel like we played good enough to win the game. It's frustrating when you put all your chips in and lose the hand."

Bradley got the last two outs of the seventh and Peralta's 20th homer gave Arizona a 3-2 lead in the eighth. But Cincinnati responded in the bottom half.

Bradley (3-4) hit Eugenio Suarez leading off the inning and walked Curt Casali with two outs. Pinch-hitter Tucker Barnhart then lined a 3-2 pitch into the gap in left-center, and Billy Hamilton and Joey Votto followed with RBI singles off T.J. McFarland.

"I've always had trouble with Archie Bradley, since the lower minors," Barnhart said. "I faced him at every stop. He's a good pitcher and I respect the hell out of him. He's gotten me more times than I've gotten him.

"I was looking for something out over the plate that I could get to the outfield for Geno to score."

In their last six series against first-place teams, the Reds have won five and split one.

Amir Garrett (1-2) got the final out of the eighth for the win. Raisel Iglesias pitched the ninth for his 23rd save and second in two nights.

The Diamondbacks weren't necessarily looking at this trip through Cincinnati, Texas and San Diego as a chance to get hot, Ray said.

"You've got to take advantage of every part of the schedule," he said. "I don't think this part carries any more weight."

Reds starter Matt Harvey fanned seven in seven innings for his highest strikeout total since he had seven on June 10, 2016, with the Mets. He also hit an RBI single in the fourth.

"Harvey got better as the game went on," Reds interim manager Jim Riggleman said. "He's done that quite a bit. He gave up some hard-hit balls early and around the fourth or fifth inning he settled in. He got in a little trouble but managed his way out of trouble. His best inning was the seventh."

The first pitch was delayed 40 minutes by rain for Great American Ball Park's 11th delay of the season, totaling 13 hours, 53 minutes. That includes the delay before the April 3 game against the Cubs was postponed.

The first play of the game was Peralta's fly ball to Dilson Herrera, who was making his first professional start and just his third appearance in left field. He caught the routine fly ball.

Ray's one-out double in the fifth was his first hit of the season in 27 at bats.

Diamondbacks: Hamilton's eighth-inning hit grazed McFarland, but he stayed in the game.