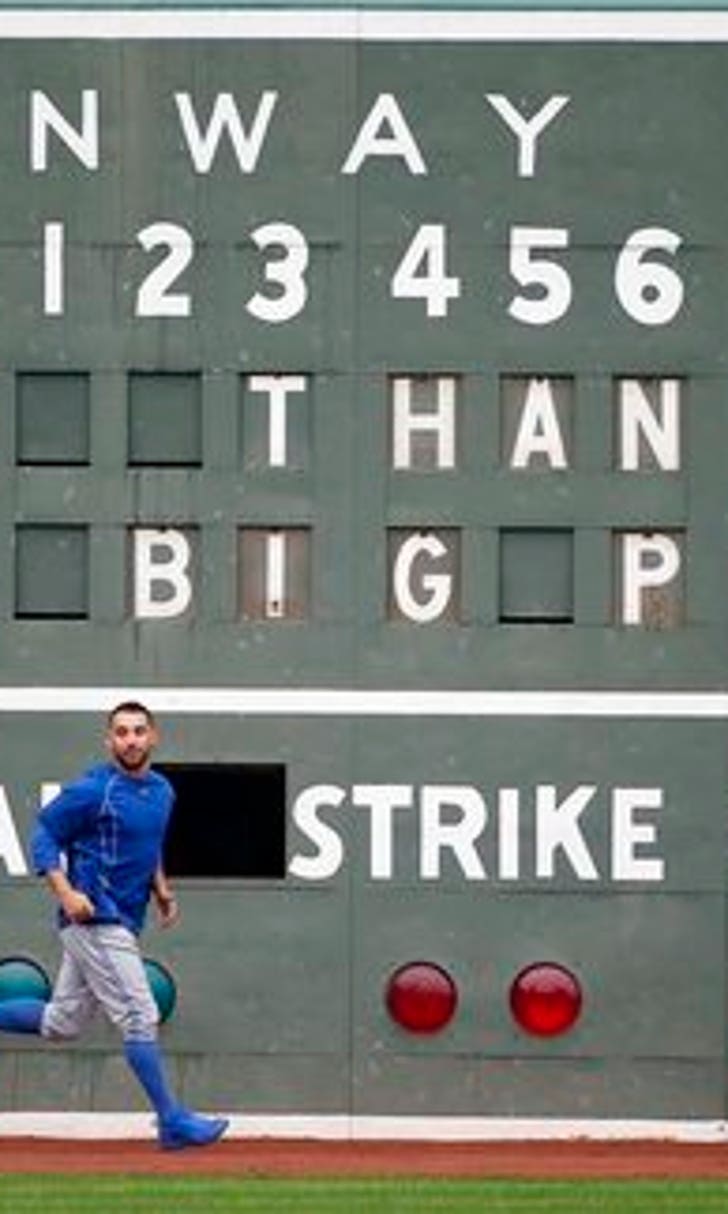 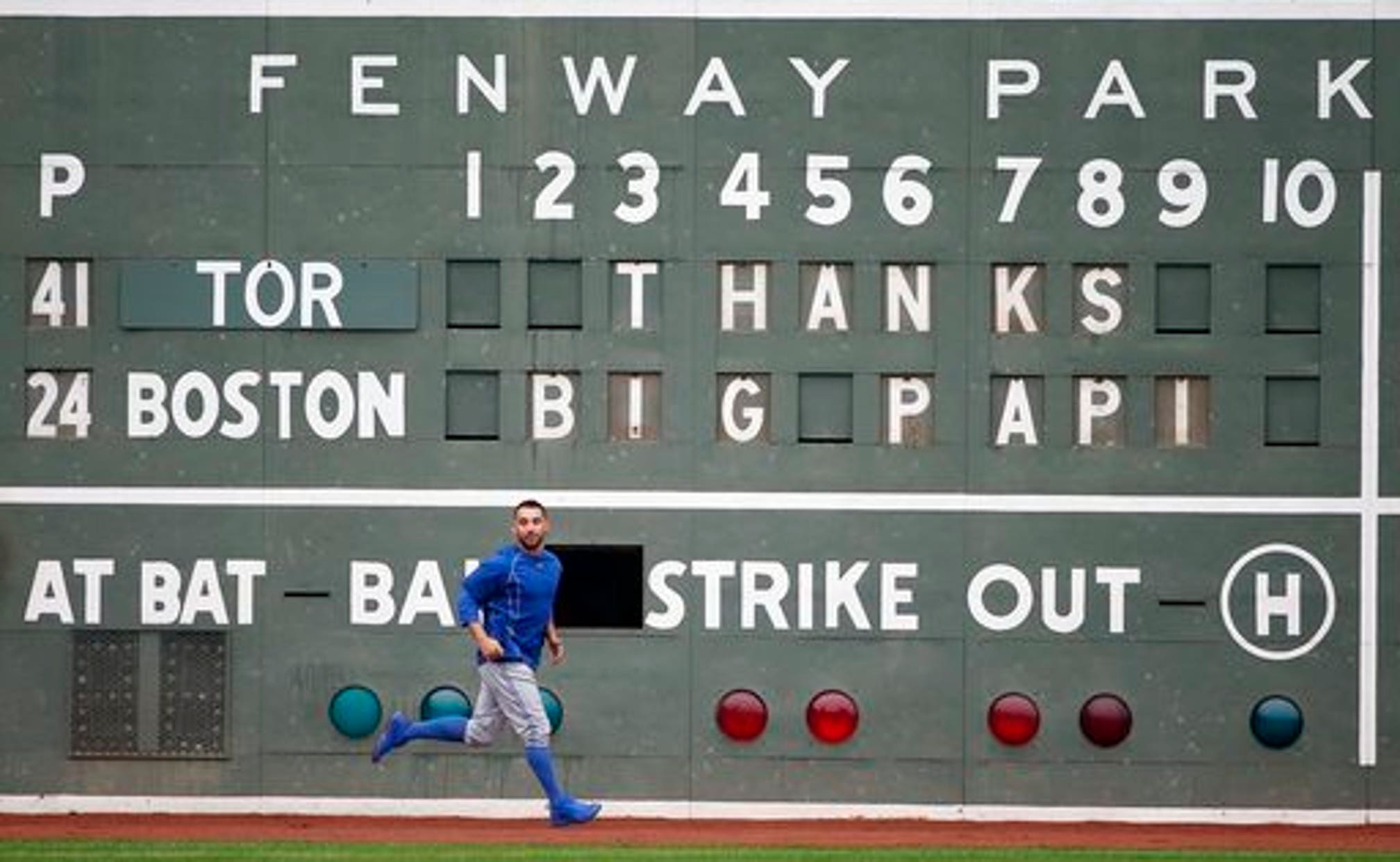 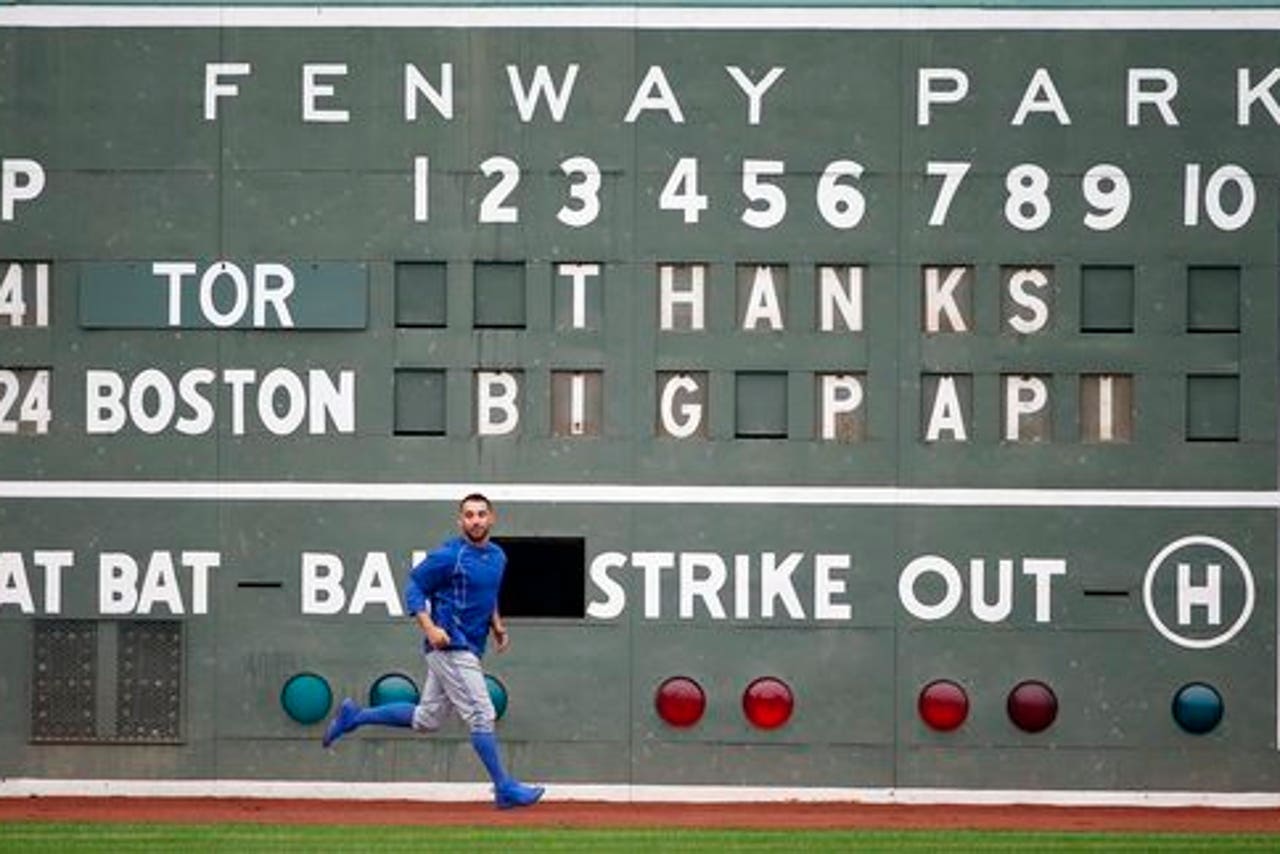 BOSTON (AP) The Red Sox sent David Ortiz off before his final regular-season game with a promise that he will return.

This week, in the playoffs, when he goes for his fourth World Series title.

And next year, when they hang his No. 34 from the Fenway facade among the team's retired numbers.

During a pregame ceremony Sunday attended by Red Sox greats like Carl Yastrzemski and teammates from Ortiz's three championship teams, the ballclub honored their soon-to-retire slugger by draping a Dominican flag over the Green Monster and bringing out his father - Big Papi's real Papi - to stand next to him in the middle of the diamond.

Ortiz broke into tears when he mentioned his late mother before gathering himself together to thank his teammates and members of the organization from owner John Henry to clubhouse attendant Pookie Jackson. He also thanked the fans - dropping to one knee and tipping his cap to the crowd - along with the media, Major League Baseball Commissioner Rob Manfred and Dominican Republic President Danilo Medina, who were both in attendance.

''He changed the Red Sox,'' Manfred said before the game. ''He was a key part of the amazing three wins here. It changed the course of the franchise.

''But I also think that he changed the city. He became a symbol of the strength of the city and will always be remembered for that.''

Ortiz announced in November on his 40th birthday that this would be his final year, setting up a season-long farewell tour around the major leagues.

As the home team, the Red Sox get to go last.

Here are some other sights and sounds from Ortiz's farewell:

The Green Monster scoreboard read: ''Thanks, Big Papi.'' Banners hung from the light stanchions above. And Ortiz's image was mowed into the center field grass, as it has been for the entire season-ending series against the Toronto Blue Jays.

Fans in the right-field bleachers held up cards that formed Ortiz's No. 34 during the ceremony. During the game, the cards revealed the message: ''Thanks, Papi.''

And of course there were the three World Series championship banners behind home plate, all thanks in part to Ortiz. During the ceremony, Mike Lowell, Pedro Martinez and Jonny Gomes carried out the World Series trophies.

Mary J. Blige sang the ''Star-Spangled Banner,'' as she did before Game 1 of the 2013 World Series. The Red Sox also played the Dominican national anthem in Ortiz's honor, and Medina threw out a ceremonial first pitch.

Stopping by Fenway Park on the day several playoff positions could still be determined, Manfred defended Ortiz from a report - without confirming it - that he tested positive for a performance-enhancing drug a decade ago.

The New York Times reported in 2009 that Ortiz was among the players on a list of those who tested positive in a 2003 survey test of urine samples designed to determine the degree of steroids use in baseball. Ortiz has denied using performance-enhancing drugs. Neither the union nor the commissioner's office has explained the report, and players and management successfully fought a legal battle to keep the list and samples secret after federal agents seized them.

Manfred said on Sunday there were at least 10 names on the list whose inclusion could be doubted for ''legitimate scientific reasons.''

''Even if you were on that list, it was entirely possible that you were not a positive,'' Manfred said.

Asked if there was anything baseball could do to help Ortiz clear his name, Manfred said the results have been destroyed.

Since Ortiz did not violate baseball's drug rules, the only damage from the report is to Ortiz's legacy and his Hall of Fame candidacy when he reaches the ballot in five years. Manfred said it was up to the voting members of the Baseball Writers' Association of America whether to induct players who have formally tested positive for steroids.

But he said: ''In situations where it is leaked, that is unfair to the player, and I think it would be wrong'' to exclude them.

Manfred said Ortiz stopped by his office last offseason to say he planned to retire. The Red Sox slugger again went to the commissioner's office when the team was in New York last week; this time, he asked to use a conference room, where he met with beneficiaries of the David Ortiz Children's Fund and other members of the community.

''I got the biggest kick out of just watching this stream of people coming through,'' Manfred said. ''Each one was a better story than the last.''

Manfred said he planned to talk to Ortiz about serving the sport in some capacity after he retires. Major League Baseball plans to run a commercial in English and Spanish during the playoffs that ends, ''Thanks, Big Papi! You're not walking away, you're walking off.''

Massachusetts Gov. Charlie Baker said the bridge over the MassPike that leads from Kenmore Square to Fenway Park would be renamed in Ortiz's honor; Mayor Marty Walsh said the city would do the same for a street that leads from the ballpark to another train station.

The Red Sox Foundation and the team's owners have pledged $1 million to the David Ortiz Children's Fund.

The governor said he was surprised to find that there was a bridge left in the state that hadn't already been named for someone - and it was right next to the ballpark. It was a natural to name it - ''Big Papi David Ortiz Bridge'' - in honor of someone whom he called ''the most important player in Red Sox history.''

''I certainly don't think we have three World Series without him,'' the governor said.

Walsh said the weekend was bittersweet.

Joe Buck Joins Father in HOF
On Thursday night, the Buck family learned that it will soon have two members in the Pro Football Hall of Fame.
18 hours ago