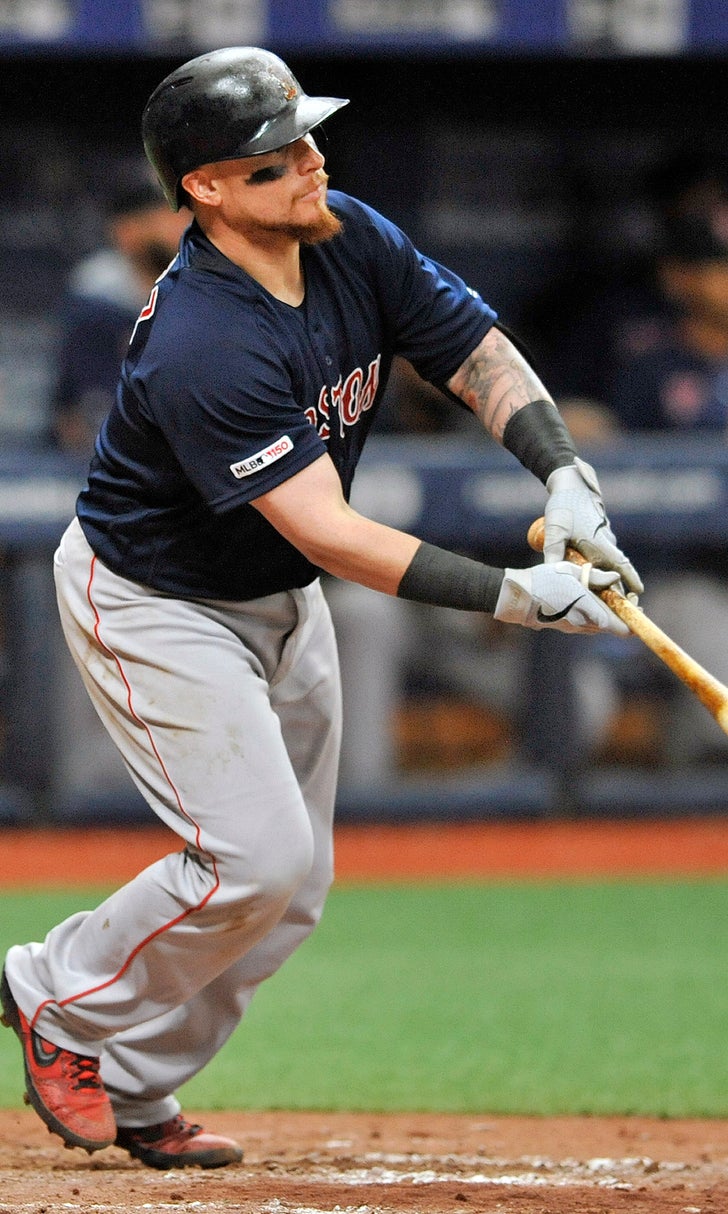 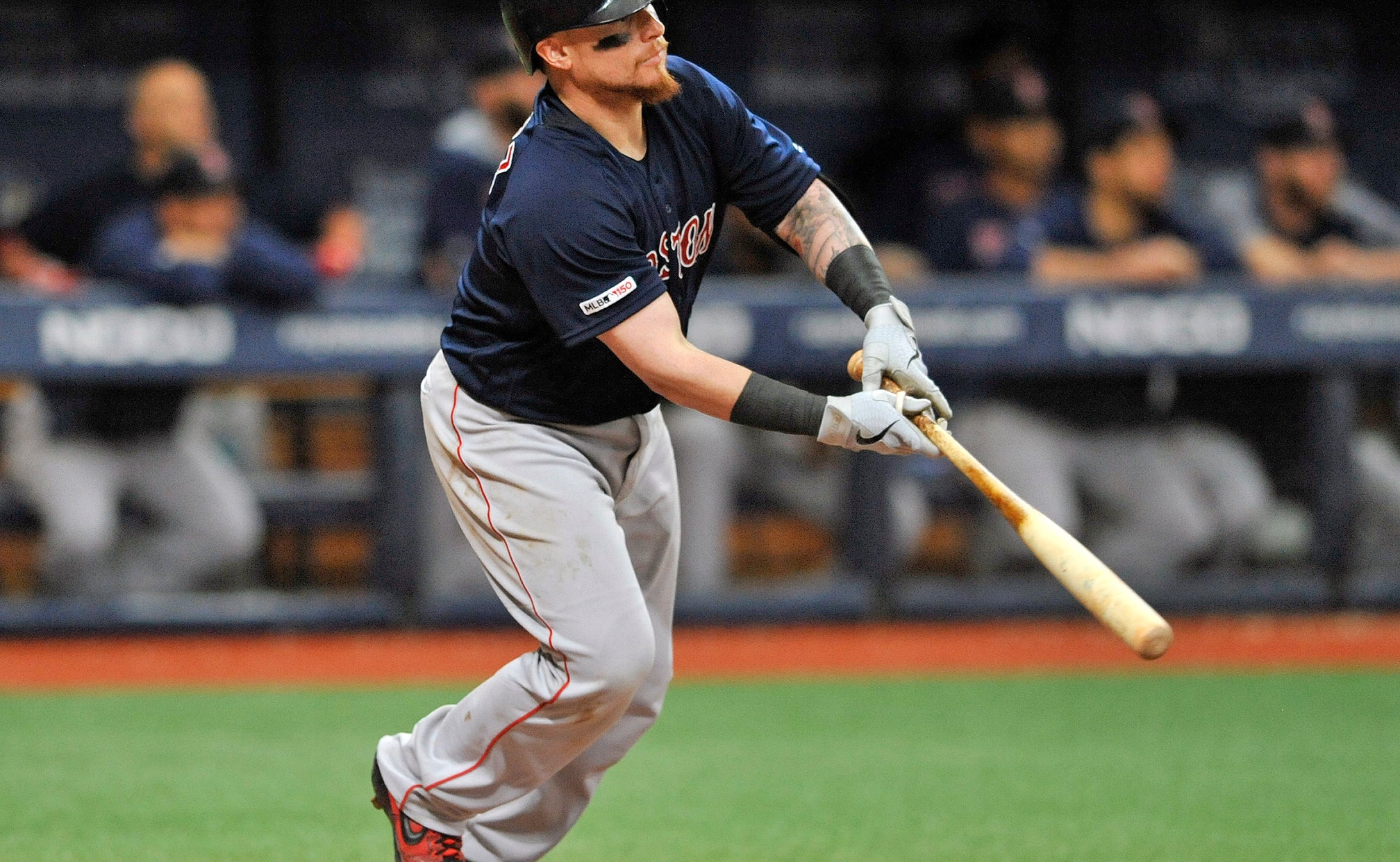 Christian Vazquez hit a sacrifice fly in the 11th inning and the Red Sox completed an uplifting three-game sweep of the AL East-leading Tampa Bay Rays with a 4-3 victory Sunday.

"That was a big three wins," said Boston starter David Price, who struck out 10 over five innings. "We know the type of team we have in this clubhouse, and I think we showed that these last three days."

Rafael Devers singled off Jose Alvarado (0-2) to start the 11th and went to second when Michael Chavis walked.

Both runners moved up a base on Jackie Bradley's sacrifice bunt and Vazquez followed with his fly that Kevin Kiermaier ran down in center field.

"A really good pitcher on the mound, Alvarado, so runs are at a premium," Bradley said. "You want to do everything you possibly can to make it tough on him, difficult on him."

Marcus Walden (3-0) allowed an infield hit over two scoreless innings and Ryan Brasier worked the 11th to get his sixth save.

After starting the season by losing eight of 10, the Red Sox are 7-5 over the last 12 games and went from eight to five games behind the Rays.

"Played good baseball," Boston manager Alex Cora said. "We've got to keep getting better, that's what we've got to do."

Tampa Bay has dropped four in a row, with back of the bullpen anchors Alvarado and Diego Castillo both losing twice.

"We got knocked down," Rays manager Kevin Cash said. "We're capable of getting back up. We were in every ballgame, which ultimately is not good enough. We've got to get back to finding ways to win games."

Tommy Pham, picked off first base by catcher Vazquez to end Saturday night's 6-5 loss to the Red Sox, got the Rays even at 3-all on his eighth-inning solo homer off Matt Barnes.

Boston went ahead 3-2 on Xander Bogaerts two-run single off Chaz Roe during the sixth.

Rays starter Tyler Glasnow, bidding to open the season with five consecutive wins, was pulled after Mookie Betts singled with one out in the sixth.

After Adam Kolarek walked the only batter he faced, Roe entered and walked J.D. Martinez before Bogaerts lined a first-pitch single to right center.

Glasnow, who entered with an AL-best 1.13 ERA, allowed two runs and three hits in 5 1/3 innings. The 6-foot-8 right-hander was frustrated by the decision to take him out after a season-low 76 pitches.

"It doesn't matter if I agree or disagree with it, that's how the Rays do it," Glasnow said.

Daniel Robertson put the Rays up 2-0 on a two-out, two-run double off Price in the third. It was just his third hit in 28 at-bats.

Boston pulled within 2-1 on Mitch Moreland's team-leading seventh homer in the fourth.

Red Sox: Moreland was in the lineup after leaving Saturday's game with back spasms.

Martinez had an infield single in the first inning, giving him a hit in 21 of 22 games this season, including an active 11-game streak. The slugger joined Eddie Bressoud in 1964 as the only Red Sox players to have a hit in at least 21 of the team's first 22 games. Martinez also swiped second for his 23rd stolen base in 944 career games.

Vazquez's pickoff Saturday night was the first in a Red Sox victory during the expansion era (1961-present) by a catcher to end a game, according to the Elias Sports Bureau.