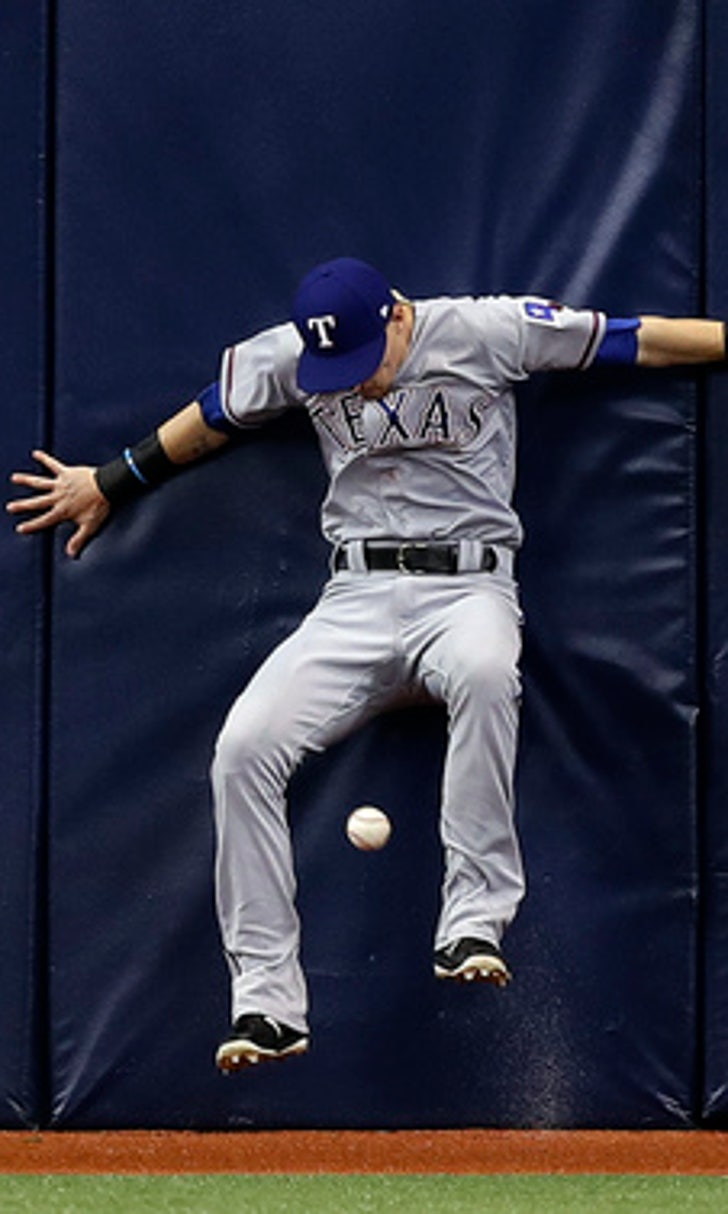 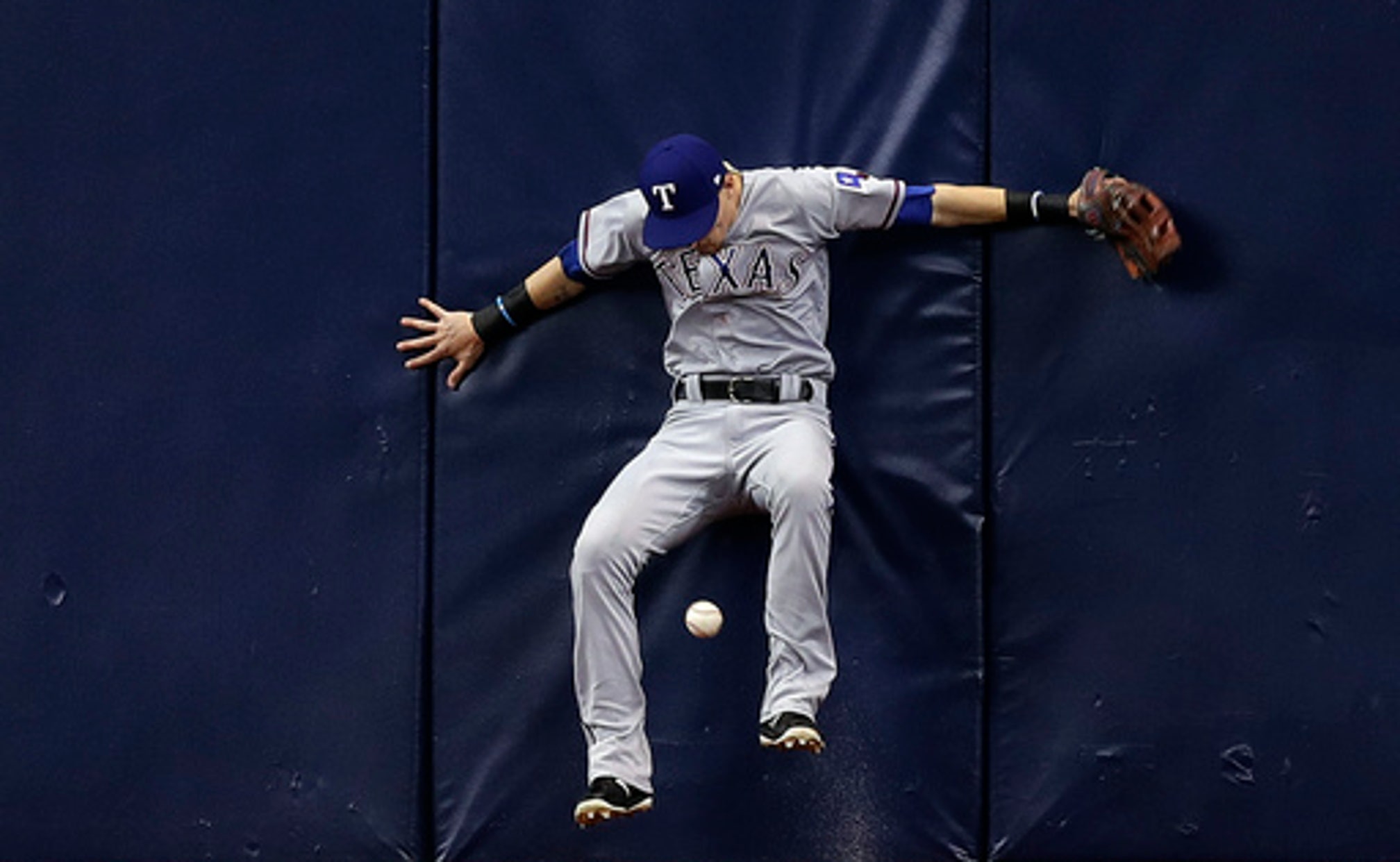 ST. PETERSBURG, Fla. (AP) While others might dread the beginning of the work week, Mallex Smith is beginning to love Mondays.

Smith had four hits for the second time in eight days and Blake Snell struck out nine Monday night to help the Tampa Bay Rays stop a four-game losing streak with an 8-4 win over the Texas Rangers.

Exactly a week earlier, Smith got four hits in Chicago against the White Sox. This time, he had a double and three singles to raise his batting average to .409.

''Monday's a good day,'' the speedy outfielder said. ''But it's April so I'm not really too excited about what's going on right now. We've got a lot of games to play.''

Smith bunted for a single against Martin Perez in a four-run second inning that gave the Rays a 5-0 lead.

Perez had a second consecutive outing that was so bad it left the Rangers wondering.

''Maybe he's tipping his pitches,'' catcher Robinson Chirinos said after Perez gave up eight runs - seven earned - and 10 hits in four innings. ''Seems like they were feeling comfortable with him, taking those pitches, especially late in the count. So we're going to come early tomorrow and go and watch video and see what he's doing.''

Perez (1-2) allowed eight runs in his previous start last Tuesday against the Angels. He has a 13.14 ERA and opponents are batting .453 against him.

Snell (2-1) was more excited about his zero walks than his nine strikeouts. He yielded one run and five hits in 6 1/3 innings.

''That's a been a focal point for me. Having no walks is huge,'' Snell said.

It was the third time this season a Tampa Bay starter has pitched at least six innings.

Wilson Ramos had three hits for the Rays and drove in two runs.

Joey Gallo hit his sixth home run to get Texas on the board in the fourth. It was the first home run by a left-handed hitter against Snell, who has made 47 career starts.

Nomar Mazara added a three-run shot in the eighth off reliever Chih-Wei Hu.

C.J. Cron hit his second homer and Daniel Robertson connected for his first off Perez.

Profar was in concussion protocol after being upended by Smith's slide in the second inning. Profar came down on the side of his head after making a throw toward first base.

Duffy left in the first inning with right hamstring tightness. He said he was scheduled for an MRI on Tuesday.

Rangers: INF-OF Renato Nunez, claimed by Texas on waivers Sunday from Oakland, was added to the 25-man roster and OF Ryan Rua was optioned to Triple-A Round Rock. ... The Rangers acquired C Tony Sanchez from Cincinnati for a player to be named or cash and assigned him to Round Rock.

Rays: Hu was optioned to Triple-A Durham after the game and RHP Hunter Wood was called up.

Rangers: OF Delino DeShields (broken left hamate bone) is hitting off a tee.

Rays: CF Kevin Kiermaier, who tore a ligament in his right thumb sliding into second base Sunday, will have surgery Friday and be out two to three months. ... 1B Brad Miller (strained left groin) could start a minor league rehab assignment Tuesday with Class A Charlotte.

Rangers LHP Matt Moore, who pitched his first 5 1/2 seasons for Tampa Bay, will make his first start at Tropicana Field as a visiting pitcher. RHP Yonny Chirinos, who has not given up a run in 14 1/3 innings, will start for the Rays.

Turner Exits Game, Returns: A Timeline
MLB has made a statement on Justin Turner's decision to celebrate with his team postgame. Here is all the latest.
22 hours ago
those were the latest stories
Want to see more?
View All Stories
Fox Sports™ and © 2020 Fox Media LLC and Fox Sports Interactive Media, LLC. All rights reserved. Use of this website (including any and all parts and components) constitutes your acceptance of these Terms of Use and Updated Privacy Policy. Advertising Choices. Do Not Sell my Personal Info