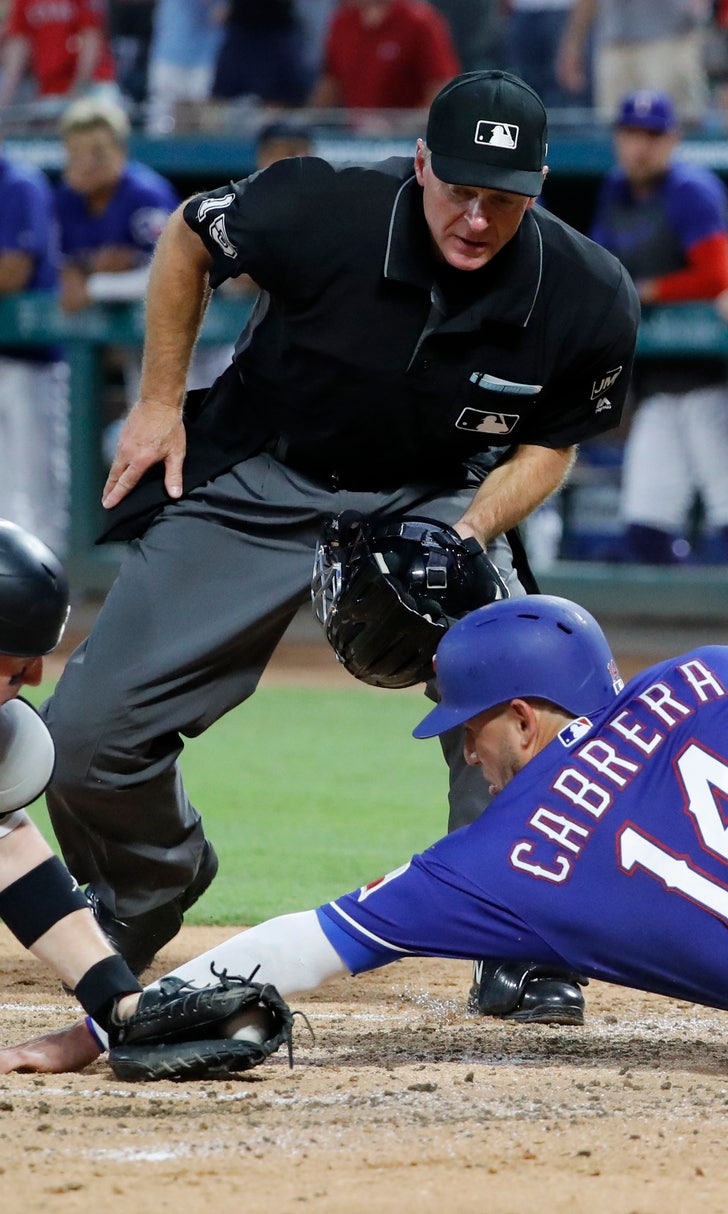 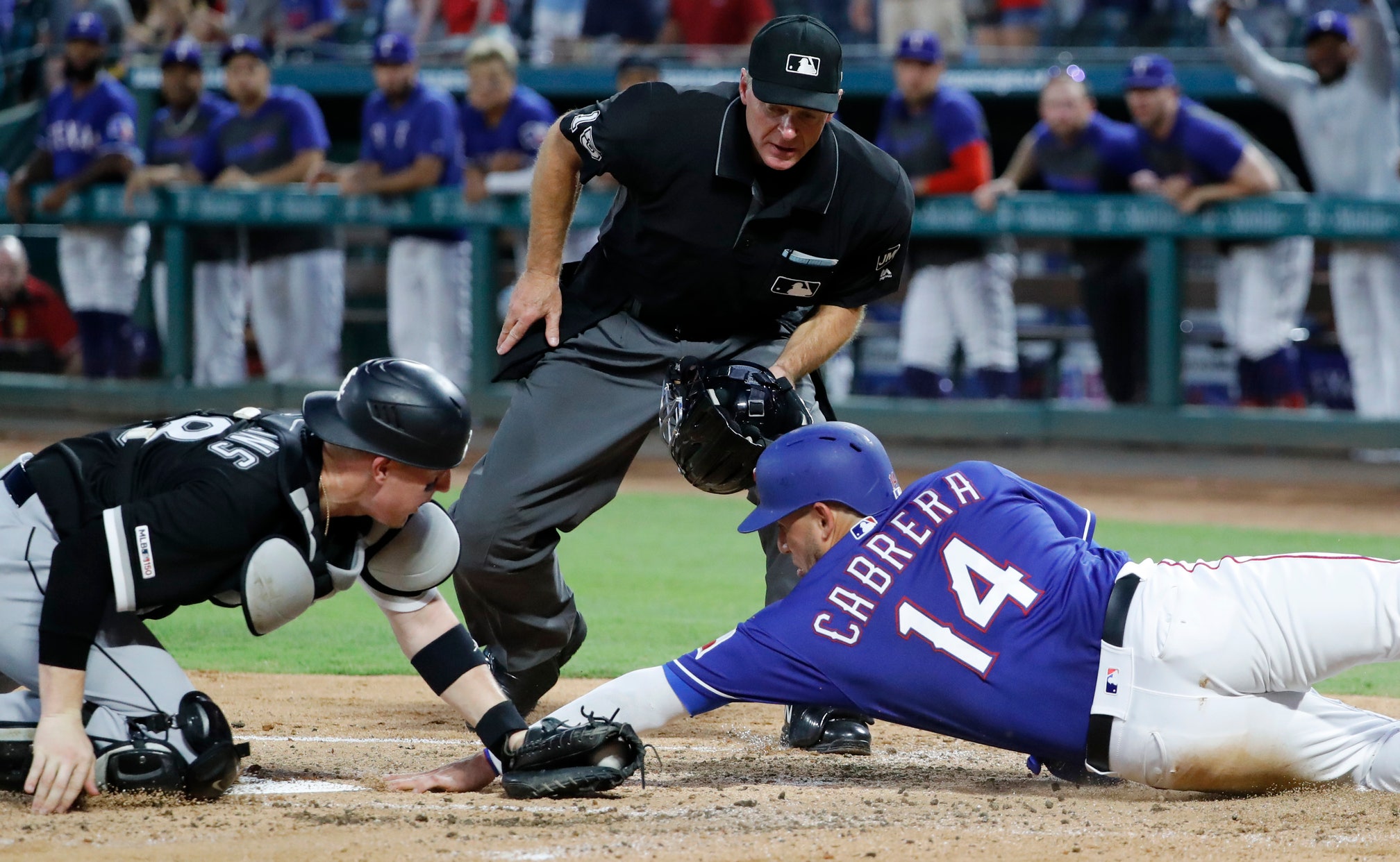 Cabrera missed a series in Detroit after Major League Baseball reduced his suspension from four games.

Cabrera initially appealed the four-game suspension and undisclosed fine that MLB handed down a week ago after umpire crew chief Bill Miller was hit on the foot by a small plastic guard or batting gloves. Cabrera had tossed the plastic guard with the gloves wrapped inside of it after his ejection in the sixth inning of a 4-2 win over Cleveland on June 20.

Biddle will be added to the active roster when he reports, which is not expected until Monday.

AL All-Star DH Hunter Pence, out since June 17 with a strained right groin, ran the bases and worked out in the outfield.

"Today was a good day," Pence said. "I was strong, which was the main thing. It responded well. I pushed it, and it's responding well."

Pence could be back next week.

"I'm thinking of Sunday at the earliest, but I still don't think that's a good idea," Texas manager Chris Woodward said. "If he doesn't play this weekend, he probably will play a couple rehab games."