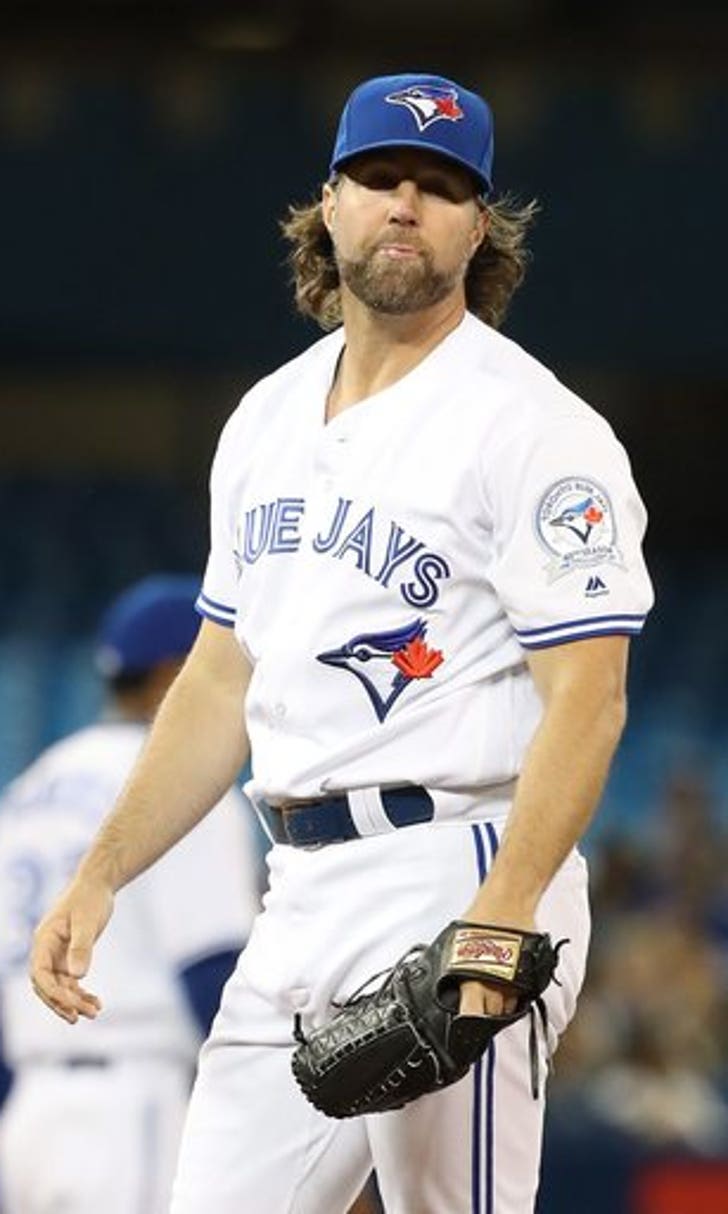 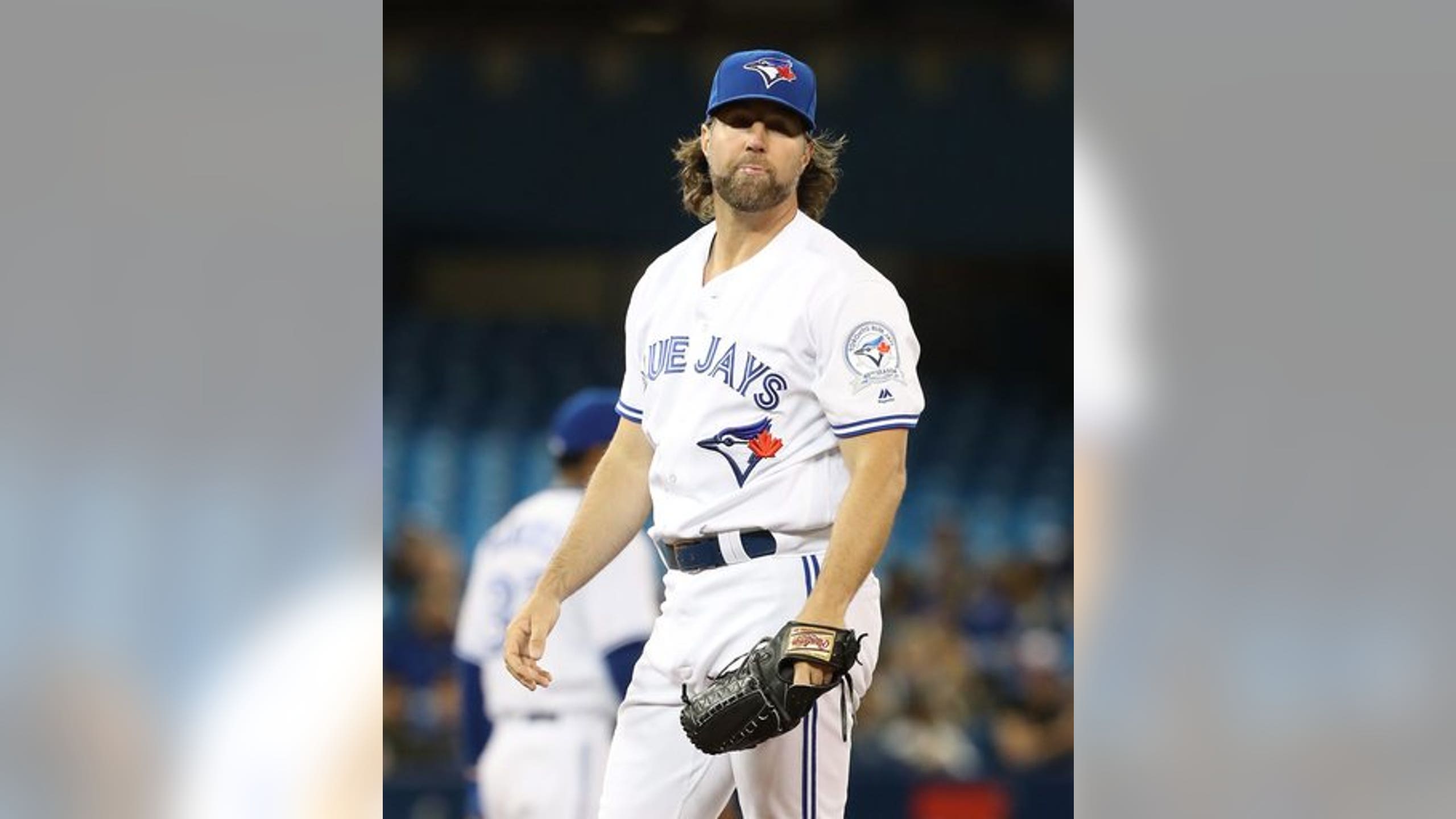 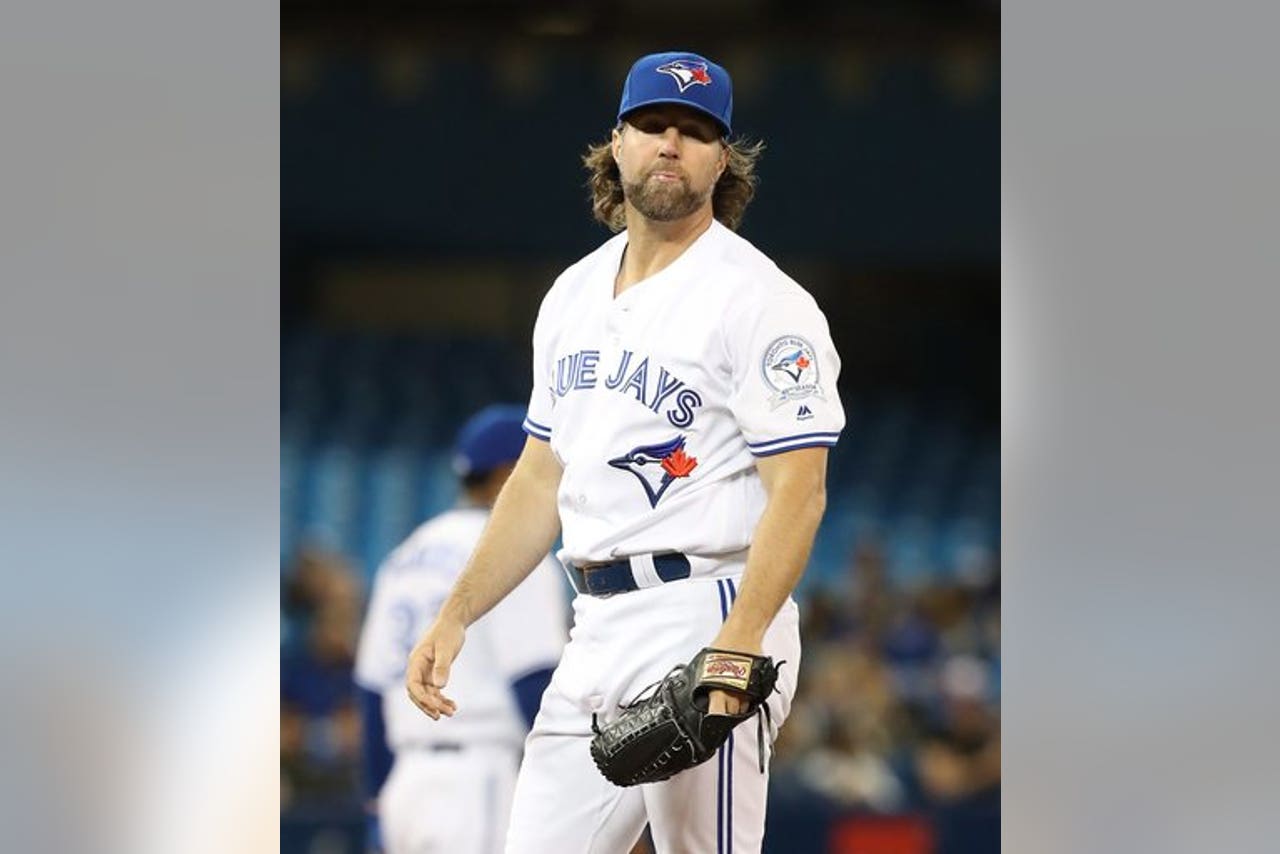 TORONTO (AP) The Tampa Bay Rays have a reputation for defense and great pitching.

After another big win over the Blue Jays, the Rays have something else, too: the major league lead in home runs.

Kevin Kiermaier hit a two-run blast, Logan Morrison and Desmond Jennings each had solo shots and the Rays beat slumping Toronto 6-3 on Wednesday night to complete a three-game sweep.

Tampa Bay has 58 home runs, one more than Baltimore and two more than the New York Mets.

''It's a little different for us,'' Kiermaier said. ''I don't think that's ever been the story for the Rays. We have guys who have a lot of power.''

What's unusual about Tampa Bay is that no single batter has reached double digits in homers. Corey Dickerson and Steven Souza Jr., each with eight, are tied for the team lead.

''The home runs are probably a surprise to everybody,'' manager Kevin Cash said.

Morrison had three hits and scored twice for the Rays, who outscored the Blue Jays 31-7 over the series.

The Rays set multiple team marks in the sweep. Their 44 hits were a record for a three-game series, as were their 81 total bases and 20 extra-base hits.

Edwin Encarnacion, Jimmy Paredes and Michael Saunders hit solo homers but Toronto lost its season-high fifth straight and dropped four games below .500 for the first time in 2016. Toronto went 0 for 6 with runners in scoring position.

''When you don't cash in when you get some men on base, it's tough,'' said bench coach DeMarlo Hale, filling in for suspended manager John Gibbons. ''We're looking for things to change.''

Jake Odorizzi (1-2) allowed two runs and two hits in five innings to win for the first time in nine starts this season.

''It's nice to see this offense clicking like we knew it could coming in from spring training,'' Odorizzi said. ''There's no reason why we can't keep this production up throughout the entire year with anybody that we put in the lineup.''

Erasmo Ramirez pitched 2 2/3 innings, and Alex Colome got the final four outs for his 10th save.

Dickey (2-5) has surrendered 94 home runs since the start of 2013, more than any other big league pitcher over that span.

Tim Beckham scored from second base on a wild pitch by Gavin Floyd in the ninth. Blue Jays catcher Josh Thole couldn't find the ball, allowing Beckham to score standing up.

Home plate umpire Marty Foster needed attention from both trainers between innings after being hit in the mask by Troy Tulowitzki's foul tip in the bottom of the sixth.

Rays: Cash said RHP Ryan Webb was sore but otherwise fine after being hit in the jaw by Paredes' line drive on Tuesday.

Blue Jays: LHP Brett Cecil is expected to miss at least a month after an MRI revealed a torn lat muscle. Cecil was placed on the 15-day DL Sunday with a sore triceps muscle. ... 2B Devon Travis (left shoulder surgery) is set to join Triple-A Buffalo on Thursday as he begins the next stage of his rehab assignment. Travis hit .357 with no homers and five RBIs in four games at Class A Dunedin. ... 3B Josh Donaldson got the night off.

Rays: Tampa Bay is off Thursday before opening a three-game series at Detroit on Friday. RHP Matt Andriese (2-0, 0.56 ERA) pitched a two-hitter against Oakland in his previous start. RHP Anibal Sanchez (3-4, 5.91) starts for the Tigers.