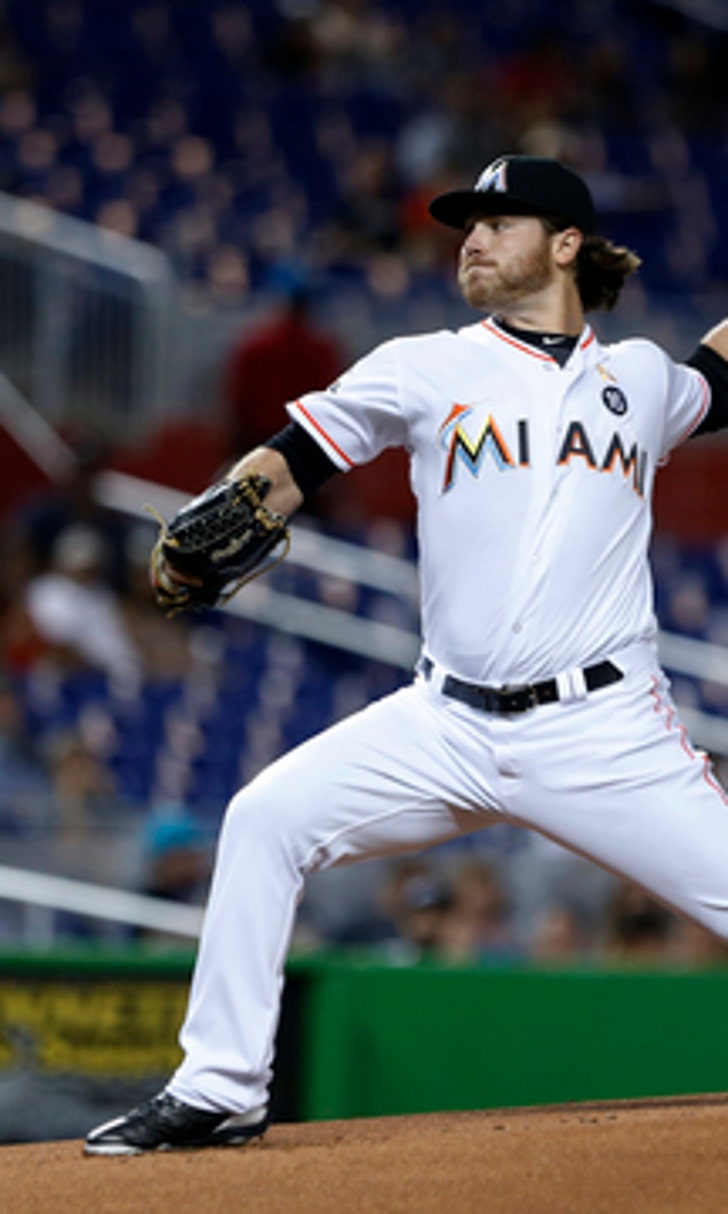 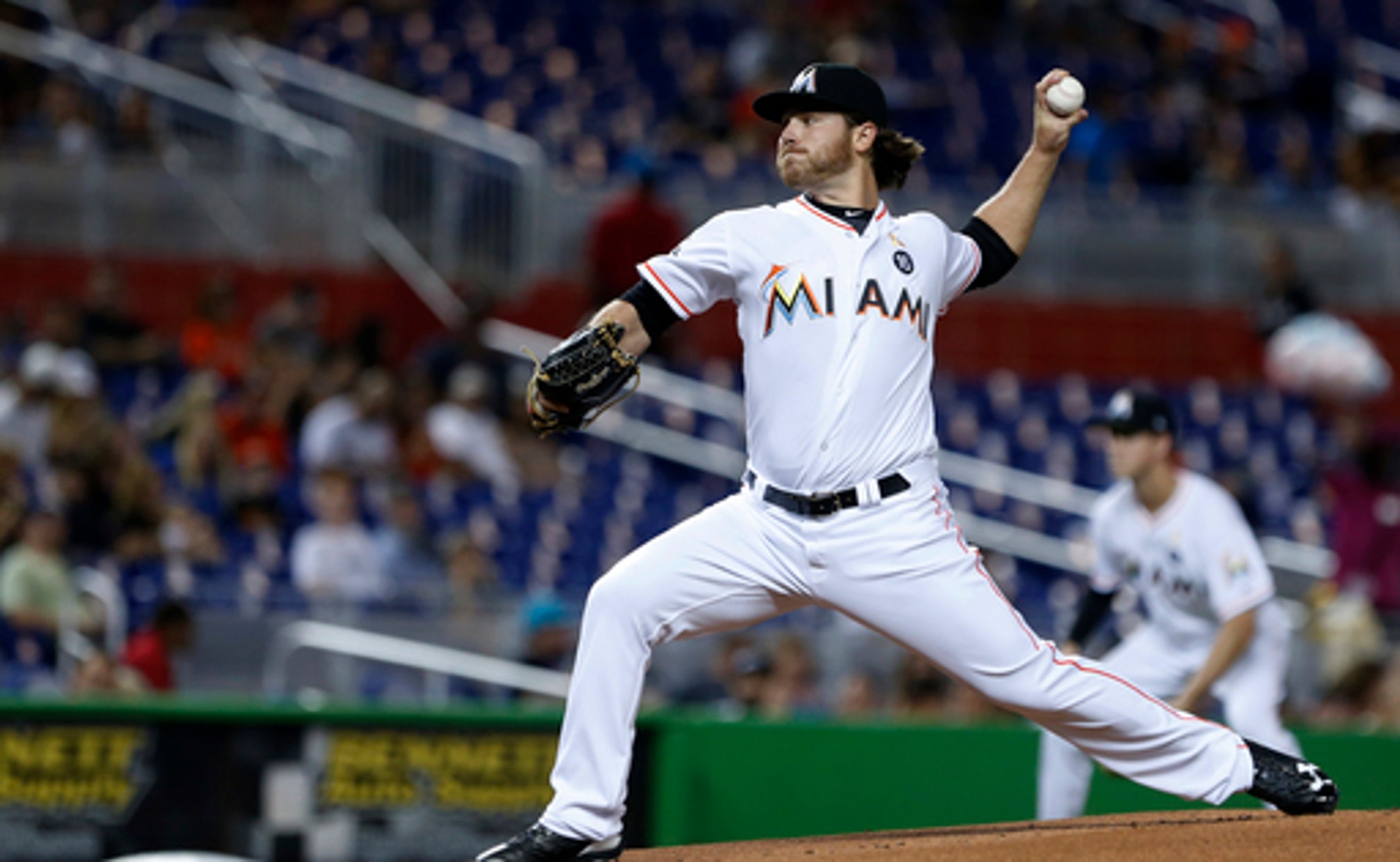 MIAMI (AP) Giancarlo Stanton's not giving the tape measure much of a workout this week.

His final swing Friday night produced a dribbler that traveled less than 10 feet, and he went hitless as the Miami Marlins blew a ninth-inning lead and were beaten by Philadelphia, 2-1, extending their losing streak to five games.

The Phillies were shut out for seven innings by major league newcomer Dillon Peters, and Miami's Brad Ziegler (1-3) took a 1-0 lead and a 13-inning scoreless streak into the ninth.

But Maikel Franco hit his first pitch for a double and advanced on a groundout. Pedro Florimon walked, Jorge Alfaro tied the game with an RBI single, and Andres Blanco's groundout scored another run.

Stanton, the major league home run leader, went 0 for 2 with two walks and is 1 for 17 this week. The slump comes after he hit 18 homers in August, giving him 51 for the season and briefly moving Miami into the NL wild-card race.

''You can't ask Giancarlo to hit a homer every night,'' manager Don Mattingly said. ''He's not going to stay that hot for the entire second half.''

''We've gone into a little funk offensively,'' Mattingly said. ''I don't really know how to explain it.''

The Marlins totaled four hits, with their final 13 batters retired in order. The losing streak matches their longest of the season, and the past two defeats have come against a team with the worst record in the majors.

Juan Nicasio (3-5), claimed on waivers Thursday, made his Phillies debut and retired Stanton on the tapper to end the eighth.

''I told him we're not going to pay him - he only threw three pitches to get the win,'' manager Pete Mackanin joked.

Hector Neris pitched a perfect ninth for his 18th save in 21 opportunities.

His outing matched the longest by a Marlins pitcher in his first big league game.

''It was fun to watch,'' Ziegler said. ''As well as Dillon pitched, it's frustrating not being able to get the win for him.''

Brian Anderson also made his MLB debut for Miami. He reached on an infield hit and made two fine plays at third base, including a diving stop to rob Franco of an RBI single in the sixth.

Miami loaded the bases with none out in the first but scored only one run - and that came on a wild pitch by Nick Pivetta . He went six innings and lowered his ERA from 6.57 to 6.28.

The outing was a big improvement for Pivetta, who allowed six runs in 1 1/3 innings against the Marlins 10 days earlier.

Fans became part of the action. A young woman caught a bat flung by the Phils' Freddy Galvis when it slipped out of his hands on a swing. A man sitting 300 feet from the plate was hit in the face by a foul ball hit by Hoskins, but was not seriously hurt.