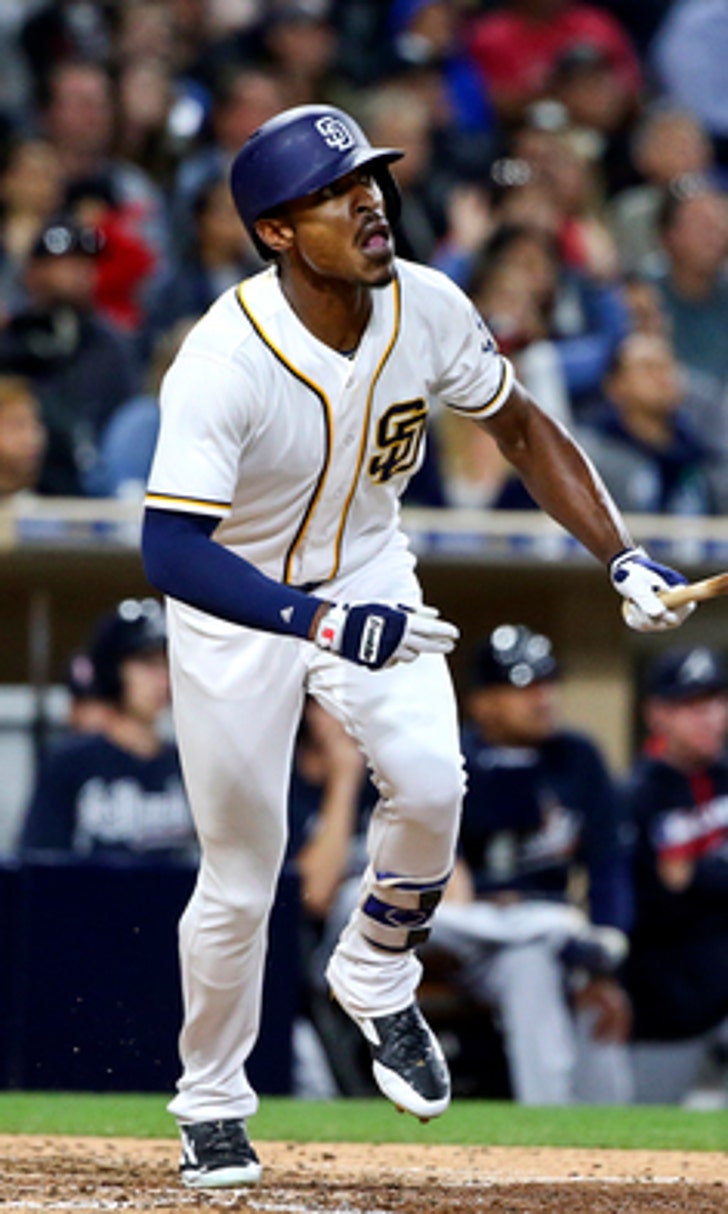 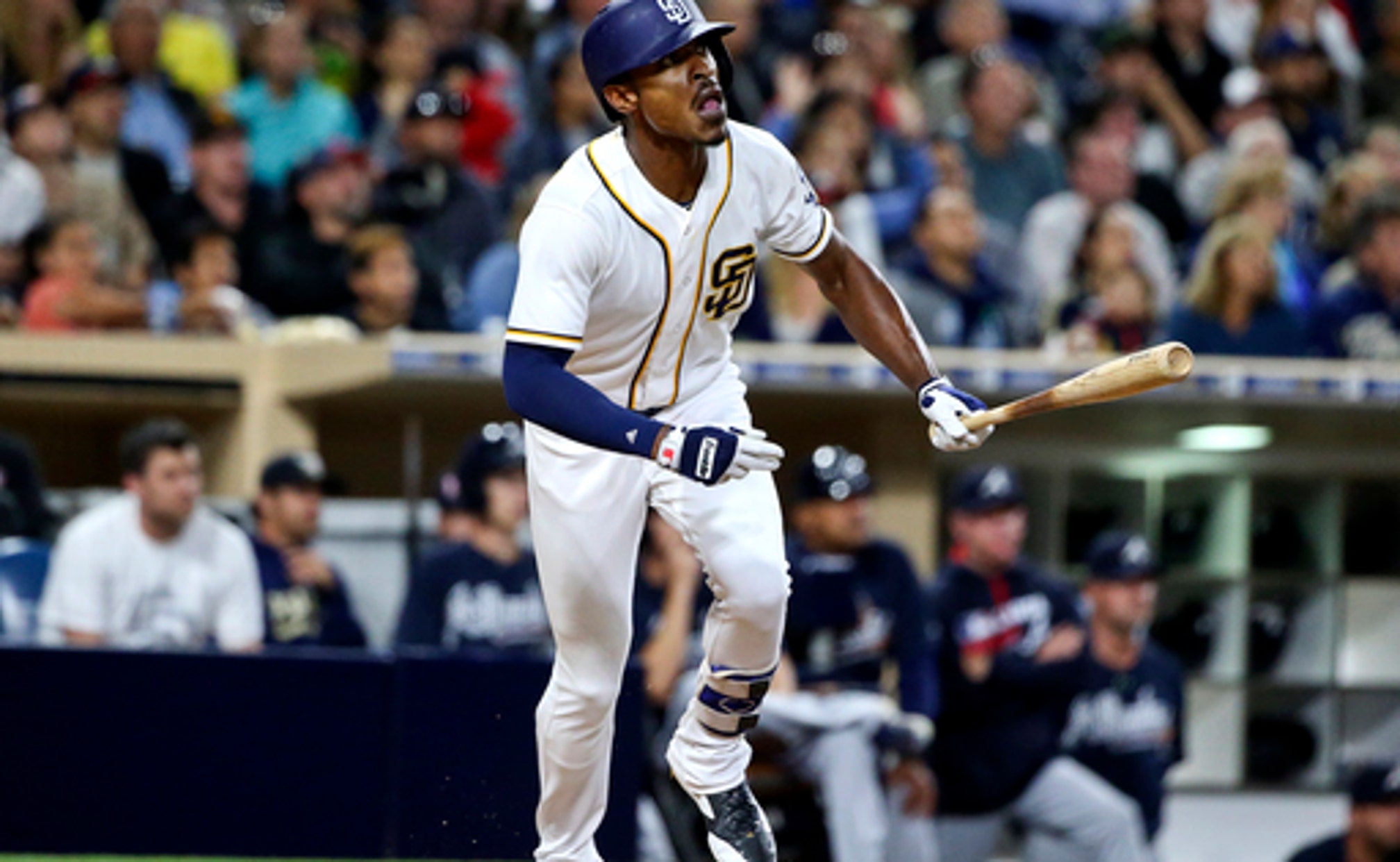 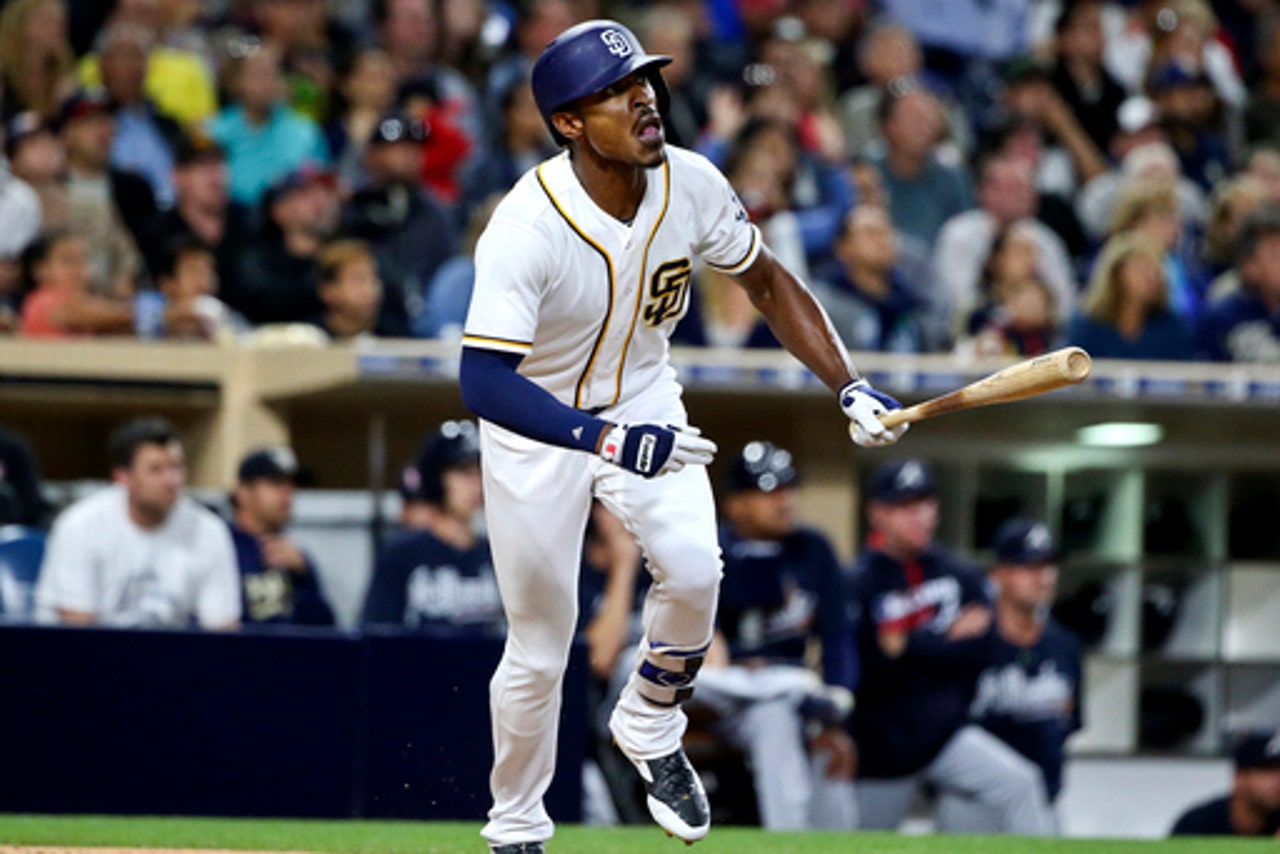 TORONTO (AP) Outfielder Melvin Upton Jr. was already in Toronto with the San Diego Padres when they traded him across the diamond to the Blue Jays.

Joining his new team was a lot more complicated than walking down the hall.

The Blue Jays acquired Upton and cash from the Padres on Tuesday in exchange for minor league right-hander Hansel Rodriguez. They also added reliever Joaquin Benoit from the Mariners for right-hander Drew Storen in a deal announced shortly after a 7-6, 12-inning win over San Diego.

Upton couldn't join Blue Jays general manager Ross Atkins for an early afternoon press conference because he was at the nearest border crossing being cleared to re-enter Canada.

When he arrived with the Padres on Sunday night, Upton was treated as a visitor. As a member of the Blue Jays, he requires a work visa to enter Canada.

Upton drove to Lewiston, New York, about 25 miles north of Buffalo, and was back in Toronto about two hours before game time.

''About an hour and a half ride there,'' Upton said after returning to Rogers Centre and taking batting practice with his new team. ''Sat at border patrol for a little while, jumped in the car and came back. It all went pretty smoothly.''

Unsure how soon Upton would return, Blue Jays manager John Gibbons left his new player out of Tuesday's starting lineup - Upton grounded into a fielder's choice as a pinch hitter in the seventh inning. Gibbons said he expects to start Upton in Wednesday's series finale.

Upton has had a big season for the rebuilding Padres, who are mired in fourth place in the NL West. He is hitting .256 with 16 home runs, 45 RBIs, 46 runs scored and 20 stolen bases. He's hit three walk-off home runs.

''What attracted us to him was several things,'' Atkins said. ''The defense at all three positions, speed, base-running, base-stealer, power, versatility and depth.''

Toronto is 56-44, three games behind Baltimore in the AL East. The Blue Jays hold the second wild-card spot.

The Padres will reportedly pay all but $5 million of the $22.5 million remaining on Upton's contract.

Padres general manager A.J. Preller and Atkins said the deal had been in the works for a few weeks, with Toronto reaching out in mid-June after slugger Jose Bautista went on the 15-day disabled list with a sore left big toe. Bautista returned Monday.

Upton has rejuvenated his career after struggling with the Braves.

''I'm definitely in a different place mentally,'' he said. ''I was able to clear my mind and start having fun again''

''He has a chance to be a 30-30 guy,'' Preller said. ''He's hit some big home runs in some big spots and has played tremendous defense for us in left field.''

Two of Toronto's three current outfielders, Bautista and All-Star Michael Saunders, are free agents at the end of this season.

In the short term, Atkins said he expects Upton to be used as a part-time player, pinch-runner and defensive replacement.

''It would likely take an injury for him to turn into an everyday outfielder with us,'' Atkins said.

Atkins said the Blue Jays are ''not done in any way'' when it comes to trades, with an emphasis on improving the pitching staff.

''There's not one team we haven't contacted on several occasions,'' he said, adding that regular talks are ongoing with five to 10 teams.

The Padres got Upton and closer Craig Kimbrel in a trade with Atlanta on the eve of opening day 2015. Upton missed a good deal of last season with a foot injury. His brother, Justin, also was with the Padres last season.

Kimbrel was traded to Boston in the offseason for prospects and Justin Upton left as a free agent.

''We're looking at what we're going to do in the future,'' Padres manager Andy Green said. ''We want to give these younger guys a real look.''

Green said the Padres will play a man short Tuesday and add another position player before Wednesday's game.

The 19-year-old Rodriguez was 2-1 with a 3.06 ERA in six starts for the Rookie-Level Bluefield Blue Jays.

What You Need To Know: MLB Playoffs
Which 16 teams are in? Is this LA's year? Is there a bubble? Here's everything you need to know as the postseason begins.
13 hours ago