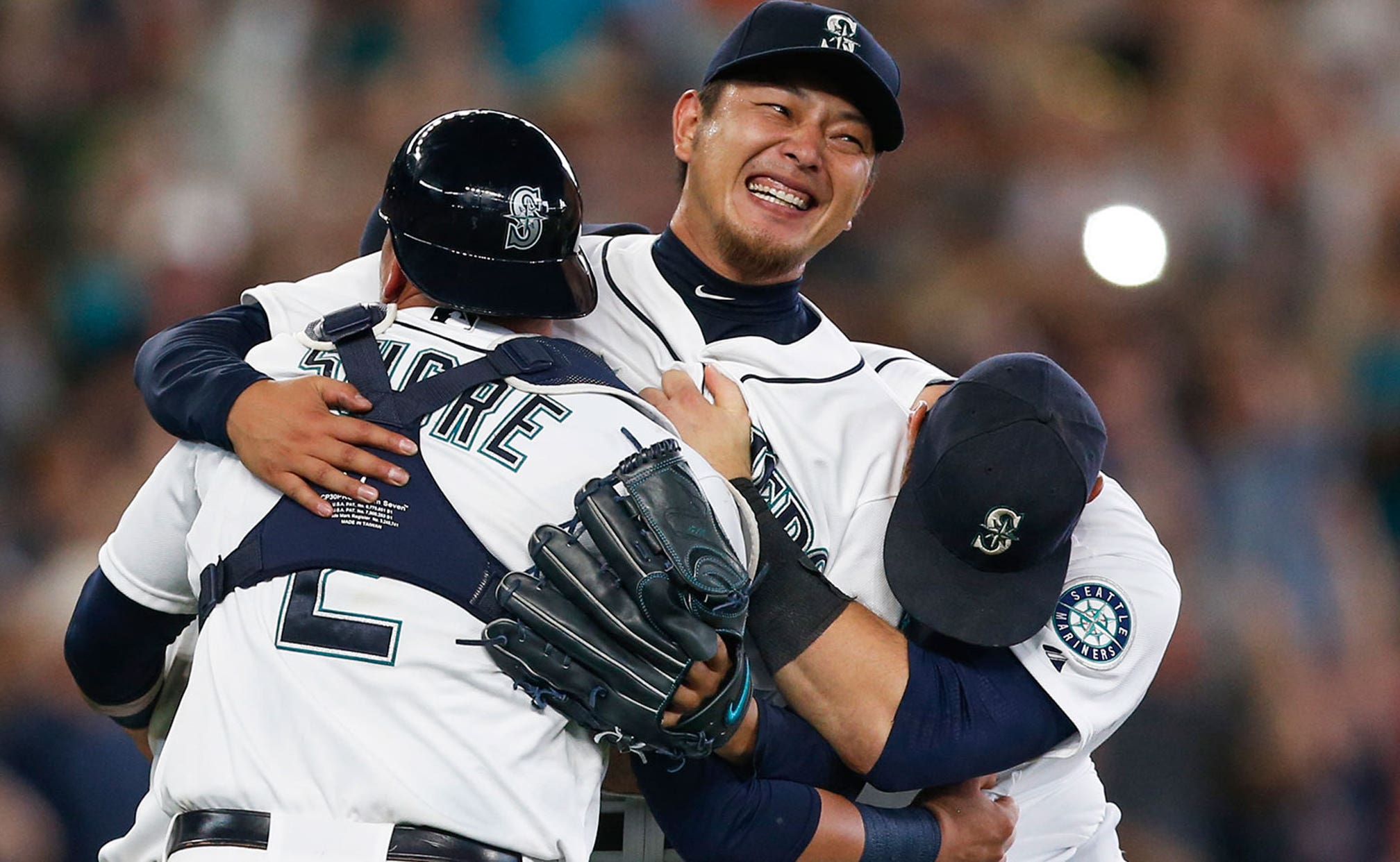 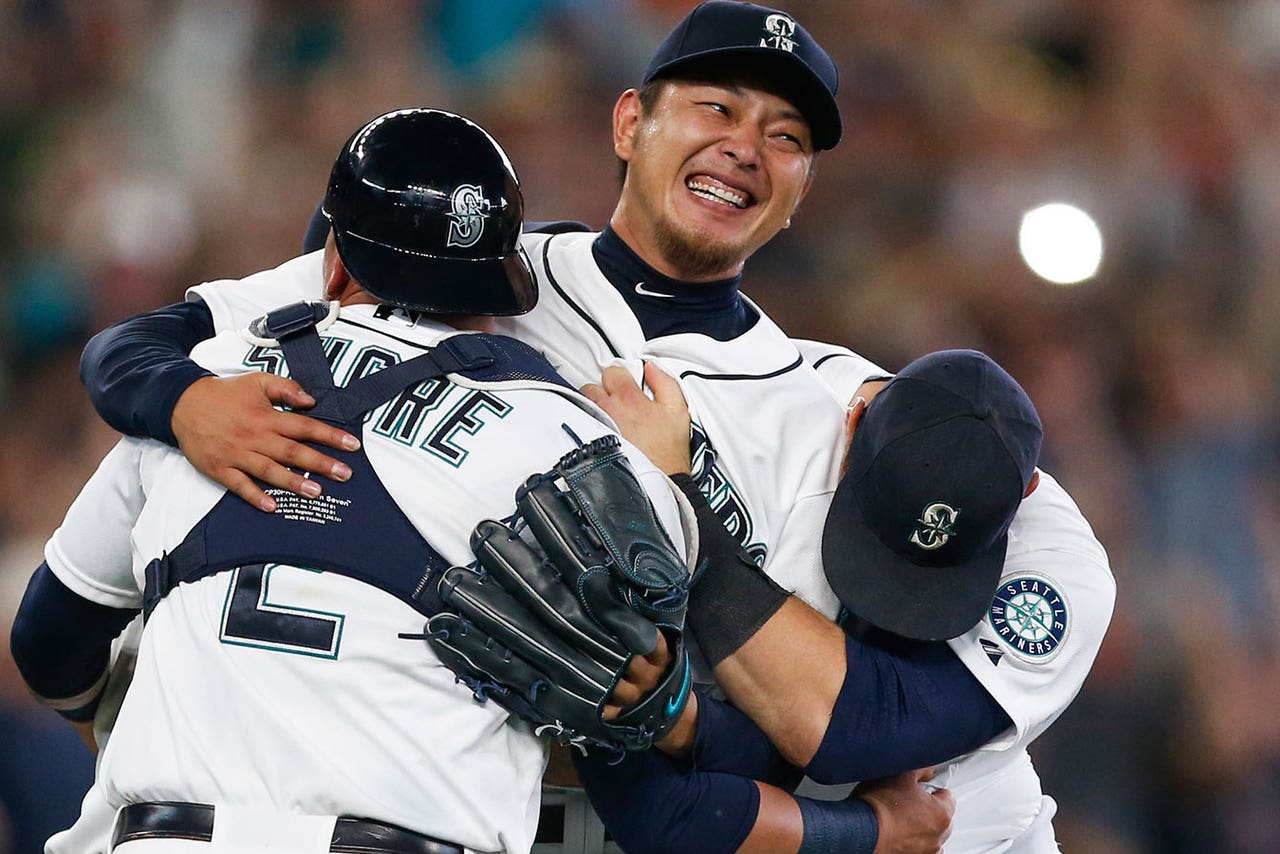 When you throw a no-hitter, everybody notices.

It's with little surprise, then, that Seattle Mariners right-hander Hisashi Iwakuma was named the American League Player of the Week on Monday.

On August 12, Iwakuma blitzed the visiting Baltimore Orioles at Safeco Field, throwing the fifth no-hitter in Mariners history and first since teammate Felix Hernandez's perfect game against the Tampa Bay Rays back in August of 2012.

As the Mariners' official team blog points out, 'Kuma's is the fourth no-hitter thrown in team history by one pitcher (the others coming from Hernandez, Chris Bosio in 1992 and Randy Johnson in 1990). The fifth no-hitter, a combined effort in 2012 involving Kevin Millwood, Charlie Furbush, Stephen Pyror, Lucas Luetge, Brandon League and Tom Wilhelmsen.

Iwakuma's no-hitter thoroughly impressed everyone that witnessed it, especially Mariners pitching coach Rick Waits. That Iwakuma was able to put this kind of start together after making his way back from injuries that had limited his duty in 2015 was rather remarkable, and it more than earned him this new Player of the Week designation.

Brewers Follow Bucks, Boycott Game
Following the shooting of an unarmed Black man in Wisconsin, the Brewers joined the Bucks in boycotting their Wednesday game.
August 26
those were the latest stories
Want to see more?
View All Stories
Fox Sports™ and © 2020 Fox Media LLC and Fox Sports Interactive Media, LLC. All rights reserved. Use of this website (including any and all parts and components) constitutes your acceptance of these Terms of Use and Updated Privacy Policy. Advertising Choices. Do Not Sell my Personal Info