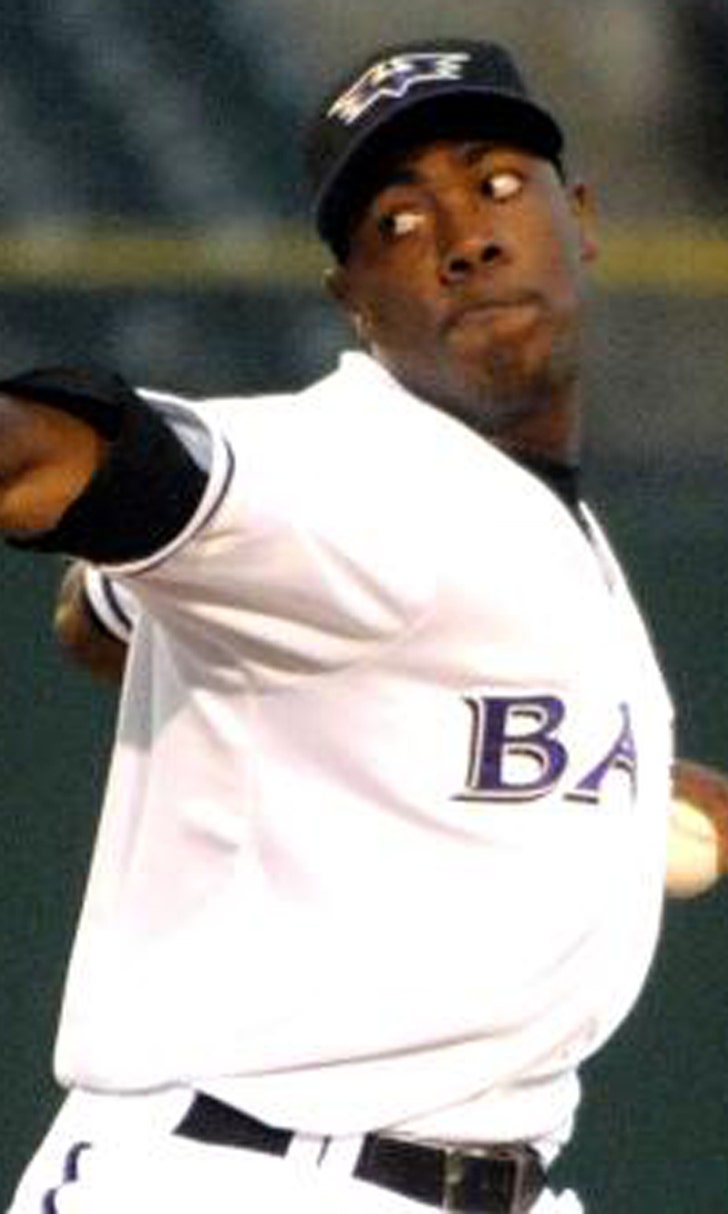 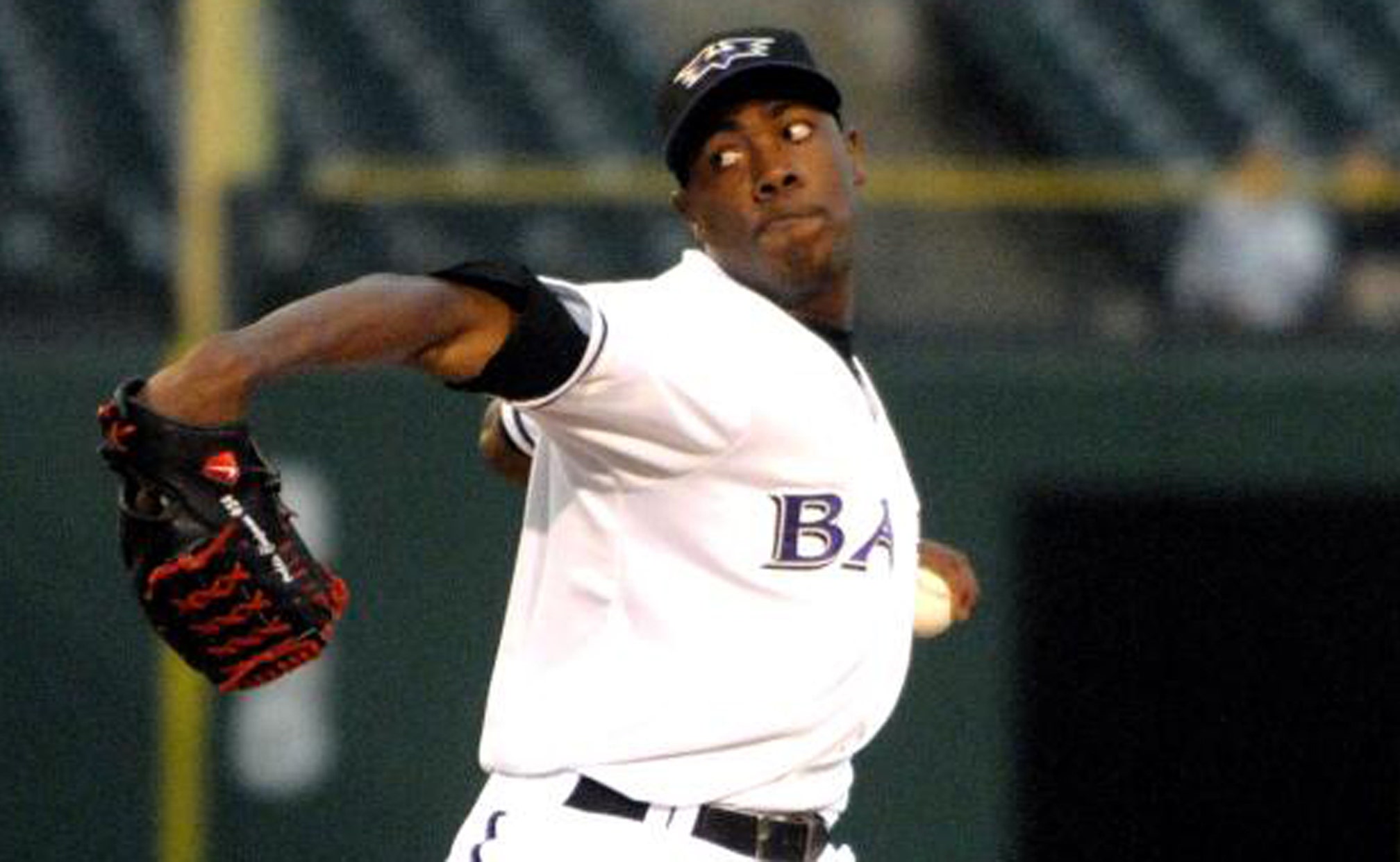 No fear in taking hill, but Reds' Chapman rocked in rehab start 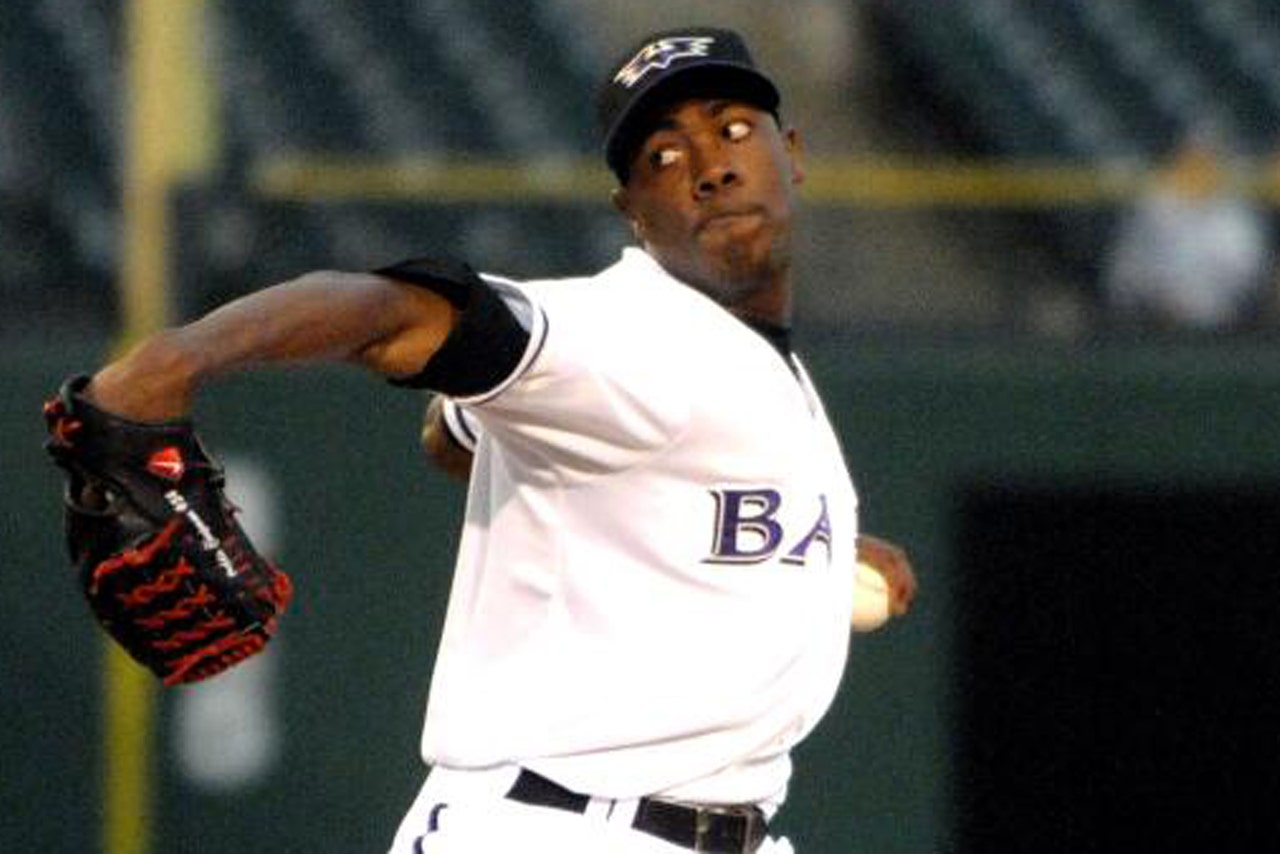 It wasn’t the type of outing Cincinnati Reds closer Aroldis Chapman hoped for in a Triple-A rehab start in Louisville, Ky., on Tuesday, but he’ll take it.

Making his third start in the minors since taking a liner to the forehead in a March 19 spring training game — and having a plate inserted above his left eye and nose to help the fractures heal — Chapman failed to get out of the first inning.

He recently had pitched two hitless innings in two outings, an inning a game, with three strikeouts and one walk at Class-A Dayton.

Pitching for the Louisville Bats and facing the Norfolk Tides (Orioles) on Tuesday, the hard-throwing lefty retired just two batters and allowed four runs on five hits and a walk before being removed.

Norfolk leadoff man Steve Lombardozzi hit a 2-1 pitch for a single, and moved to second on Ivan De Jesus’ single to center. Chapman then struck out Xavier Paul on three pitches, but hit Brett Wallace on a 1-2 count to load the bases.

Chris Marrero followed with an RBI groundout to short, before Chapman walked Johnny Monell to reload the bases.

Cord Phelps fouled off two 2-2 pitches before plating two runs with a single to center. Then Chapman uncorked a wild pitch, moving runners to second and third.

After Norfolk’s No. 8 batter Buck Britton doubled in two runs on a drive to center field, Chapman was removed from the game.

Chapman said he feels fine physically, just had trouble with command tonight. Has not been told yet if he will pitch Wed also. #Reds

Chapman translator Rigo Febles re: Lombardozzi hit up middle: "He said he didn't have any flashbacks or thoughts about it..." (1/2) #Reds

Chapman believes he's still on track to return to #Reds. He said he still needs a couple of more innings/outings to work on command.

Best of World Series Watch Parties
From special guests like Reggie Jackson to all the Swish impressions, enjoy the top moments from all six of our Watch Parties.
3 hours ago