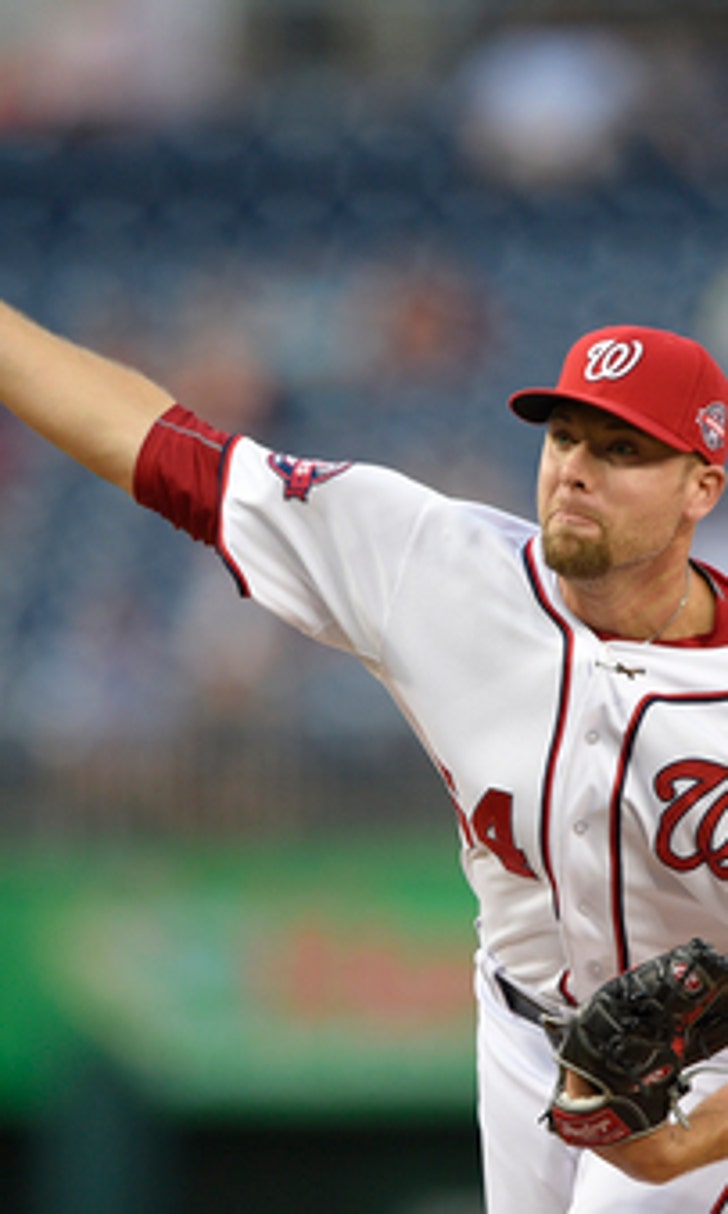 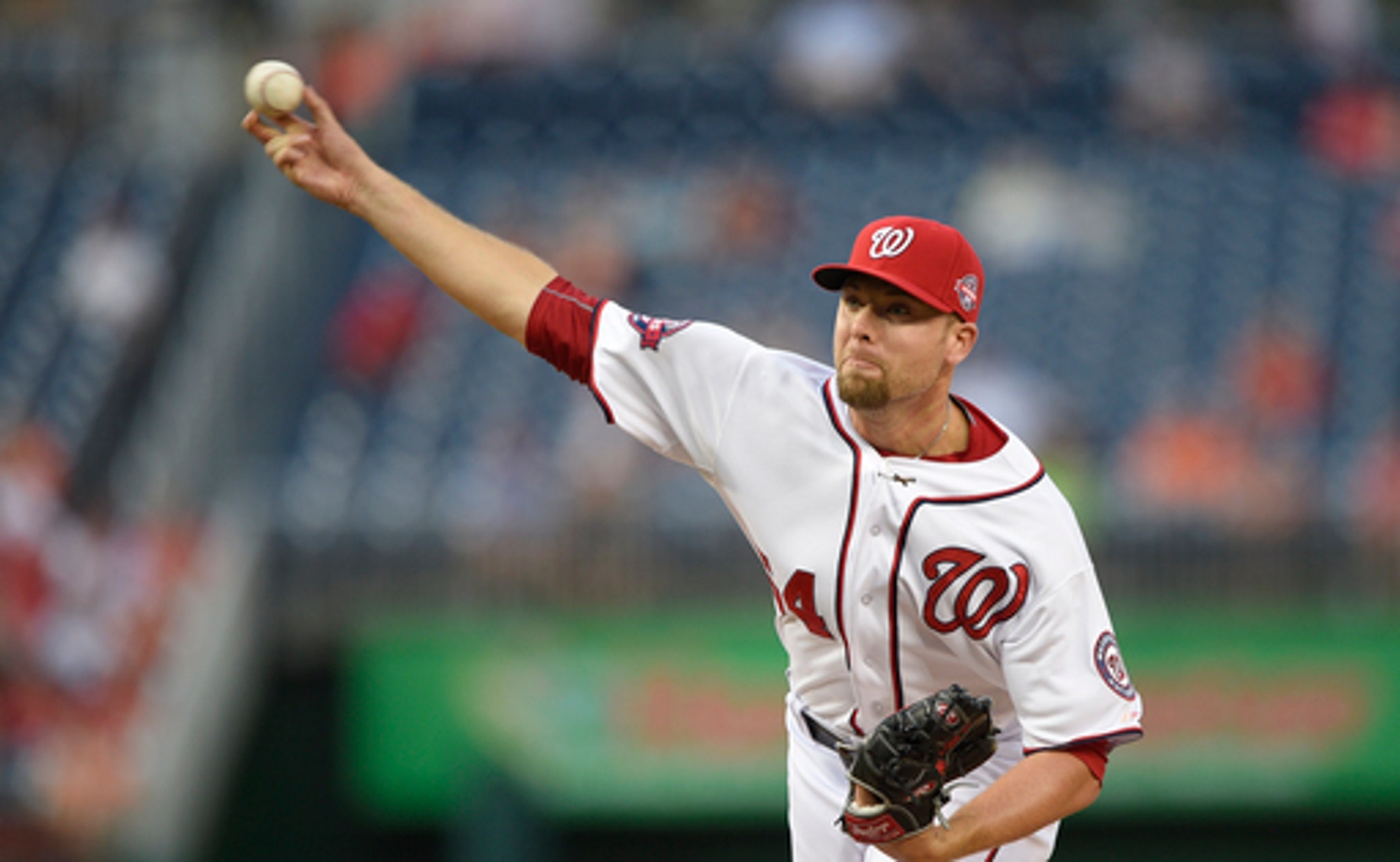 Nationals pitcher surprised to be part of 'Jeopardy!' clue 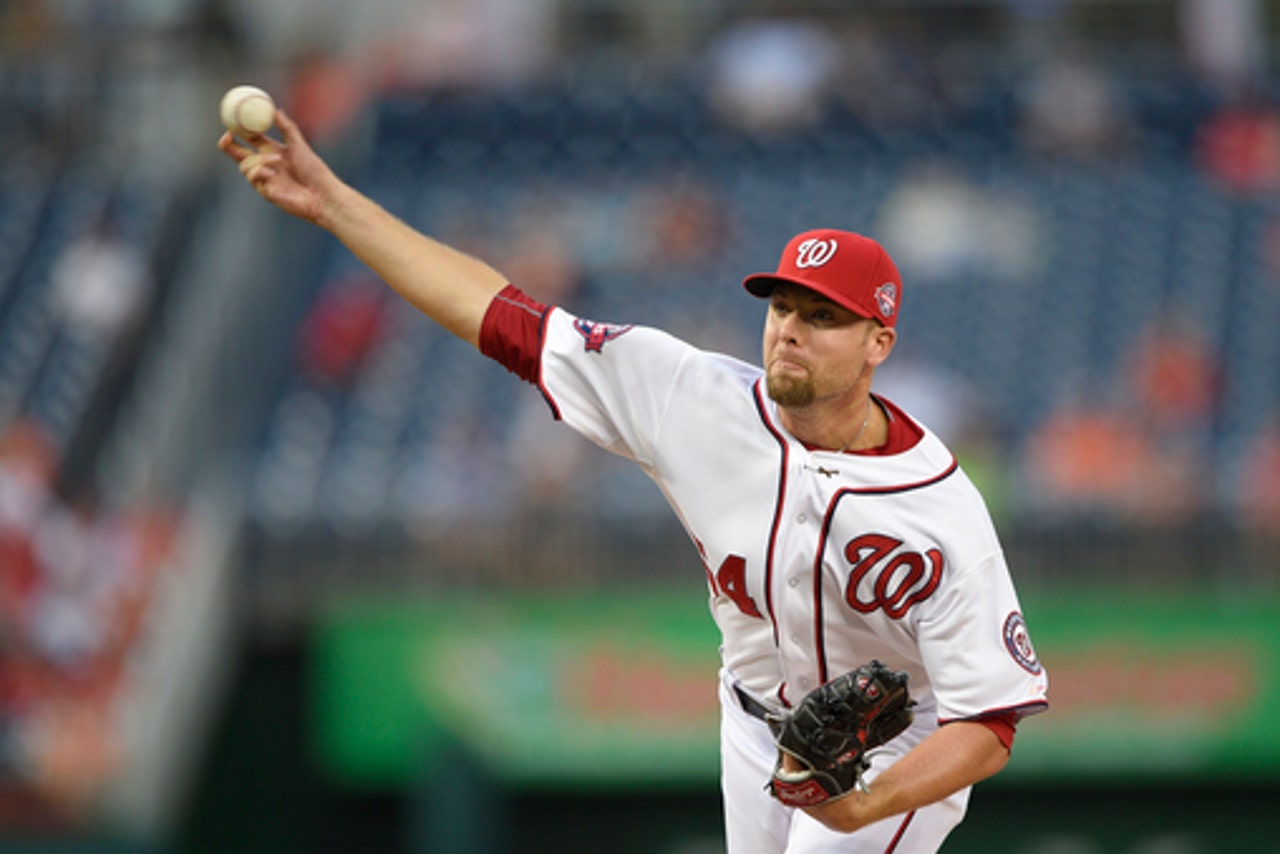 VIERA, Fla. (AP) Washington Nationals reliever Blake Treinen wasn't sure what to make of his new-found fame on Thursday, a day after he was the subject of a question on ''Jeopardy!'' under the category of ''hard-throwing pitchers.''

''The Nationals' Blake Treinen has hit 100 mph with this type of pitch that gets its name from its downward motion,'' the clue read.

The right-hander, who has thrown a 100 mph sinker, found out his name had appeared Wednesday night on the popular TV quiz show from his mother, who texted him while visiting his aunt and uncle and asked him to call her.

''They watch `Jeopardy!' every night and they were watching the pitcher's segment apparently and my name popped up and they said they about flipped out of their rocker,'' Treinen said.

''It was funny. It's kind of neat. But outside of that, I don't really know what to say.''

Treinen said he has no contacts with anyone at ''Jeopardy!'' and was surprised his name came up in the ''Double Jeopardy!'' segment of the show - especially because he is entering just his third year in the major league. Other pitchers mentioned in the category were Nolan Ryan, Ron Guidry, Justin Verlander and Randy Johnson.

Special Delivery
Clayton Kershaw's postseason reputation may precede him, but the Dodgers star is setting the stage to flip the script.
26 mins ago

World Series Top Plays: Game 1
From Clayton Kershaw dealing to the Dodgers' offensive onslaught, check out the best moments from Game 1.
18 hours ago