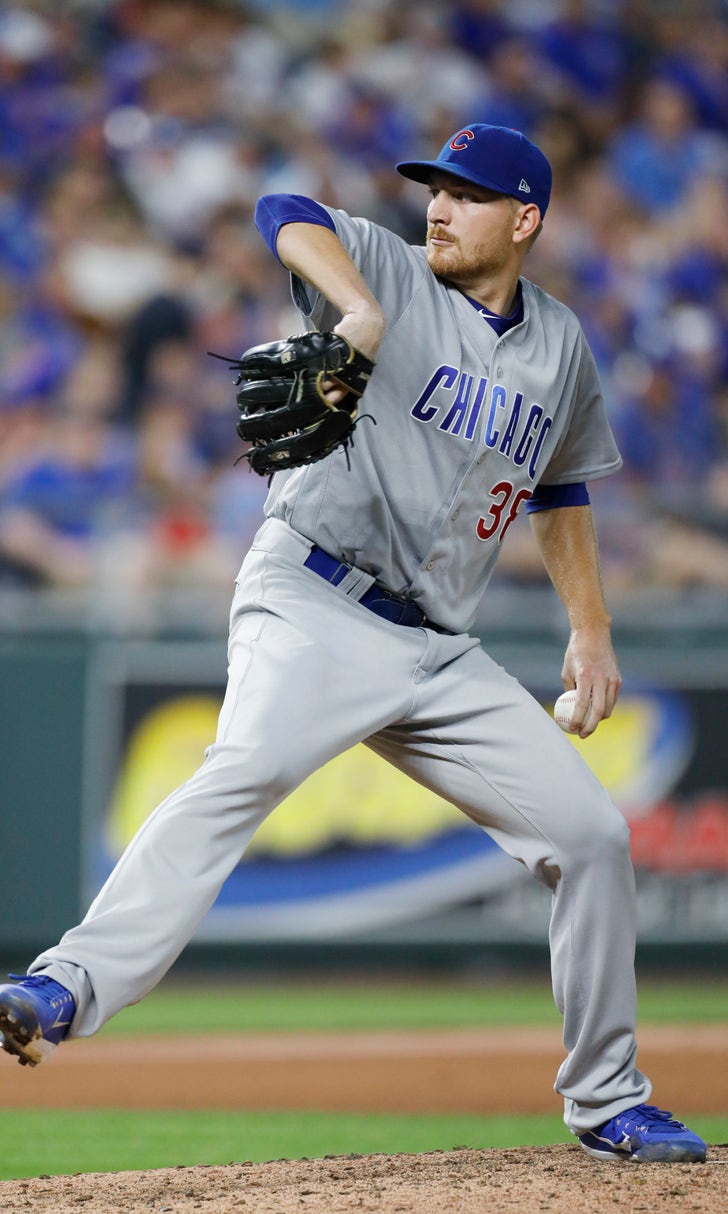 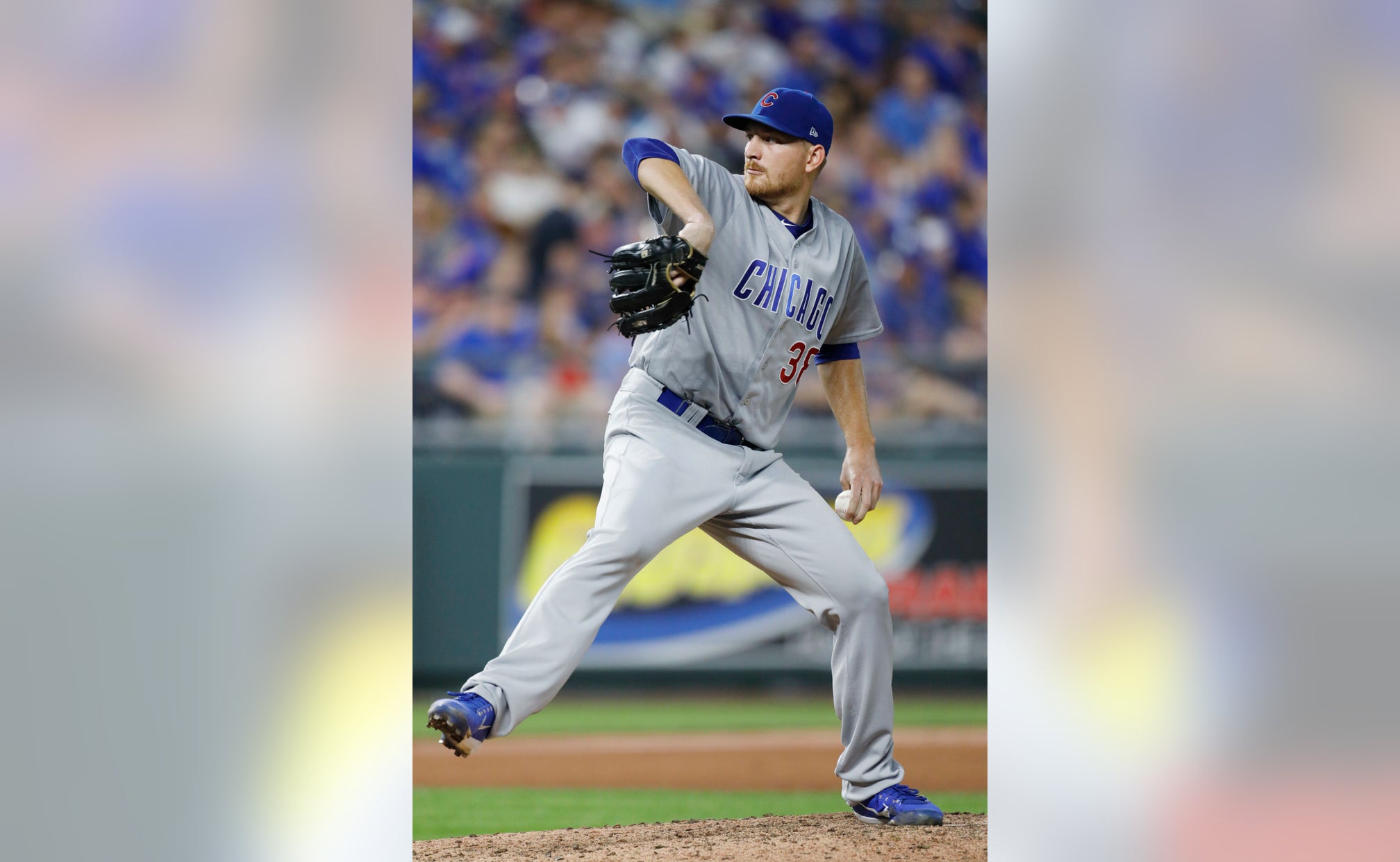 KANSAS CITY, Mo. (AP) — Mike Montgomery continues to dominate the club that drafted him out of high school.

The Cubs upped their NL Central lead to 2 ½ games over second-place Milwaukee, which lost in San Diego.

Montgomery (4-4), who the Royals drafted in the first round in 2008, picked up his first win since June 29. Montgomery is 3-0 with a 0.40 ERA in four appearances against the Royals.

"I've heard the numbers of what I've got against them throughout my career," Montgomery said. "I think it's a coincidence. Sometimes you just have a team that you do well against. It happens to be them. They've had some good teams over the last couple of years. The team that drafts you, you always want to pitch good against them."

"It's kind of just morphed in over the years," said Bote, who is in his fifth stint with the Cubs this season after six-plus years in the minors. "The nerves are always there. The adrenalin's there. Being able to use those emotions into a good avenue, being able to think 'I'm going to attack this baseball' or 'I'm ready for this pitch.' Put a positive spin on it and just executing."

Ian Happ's sacrifice fly in the eighth scored Bote with the final run.

"He kept us in the game," Royals manager Ned Yost said. "He made pitches and limited the damage when he needed to. I thought he was going to get out of the first inning scoreless, but he threw a slider that Bote hit off the wall in the right field for two runs."

The Royals had only one runner past second base, when Adalberto Mondesi swiped third in the seventh.

"We just couldn't do anything against Montgomery," Yost said. "He did a nice job of mixing up his pitches. He was ahead in the count for the most part and did a good job of keeping us off balance."

The Royals have lost six straight and are 14-43 since May 30. They are tied with Baltimore for the worst record, 34-79, in the majors.

Cubs 3B Kris Bryant took grounders and played catch, but has not picked up a bat since going on the disabled list on July 24 for the second time with left shoulder inflammation. "I'm really bored, not fun at all," Bryant said. "But you gotta do what you gotta do to get healthy and hopefully it never happens again. It's frustrating. It's not fun to go in the trainer's room every day. I feel like I'm normal but it's only when I'm swinging the bat." No timetable has been set on when the 2016 NL MVP player will return. "I'm not going to get ahead of myself," he said.

RF Jason Heyward batted cleanup for the first time this season for the Cubs.

The Royals acquired RHP Jon Perrin from the Brewers in a minor league trade. Perrin, 25, went to Olathe East, a suburban Kansas City high school, and Oklahoma State. He was assigned to their Double-A Northwest Arkansas club. The Royals sent Lexington RHP Sal Biasi to the Brewers.

Royals: RHP Ian Kennedy (left oblique strain) threw a bullpen session for the first time since going on the DL on July 11. . OF Brian Goodwin (left groin strain) is eligible to come off the disabled list Wednesday, but manager Ned Yost said he would not. "I'm not sure what their timeline is," Goodwin said. "I just keep getting better every day."

Cubs: LHP Jose Quintana, who is 3-9 versus the Royals, will start the series finale.