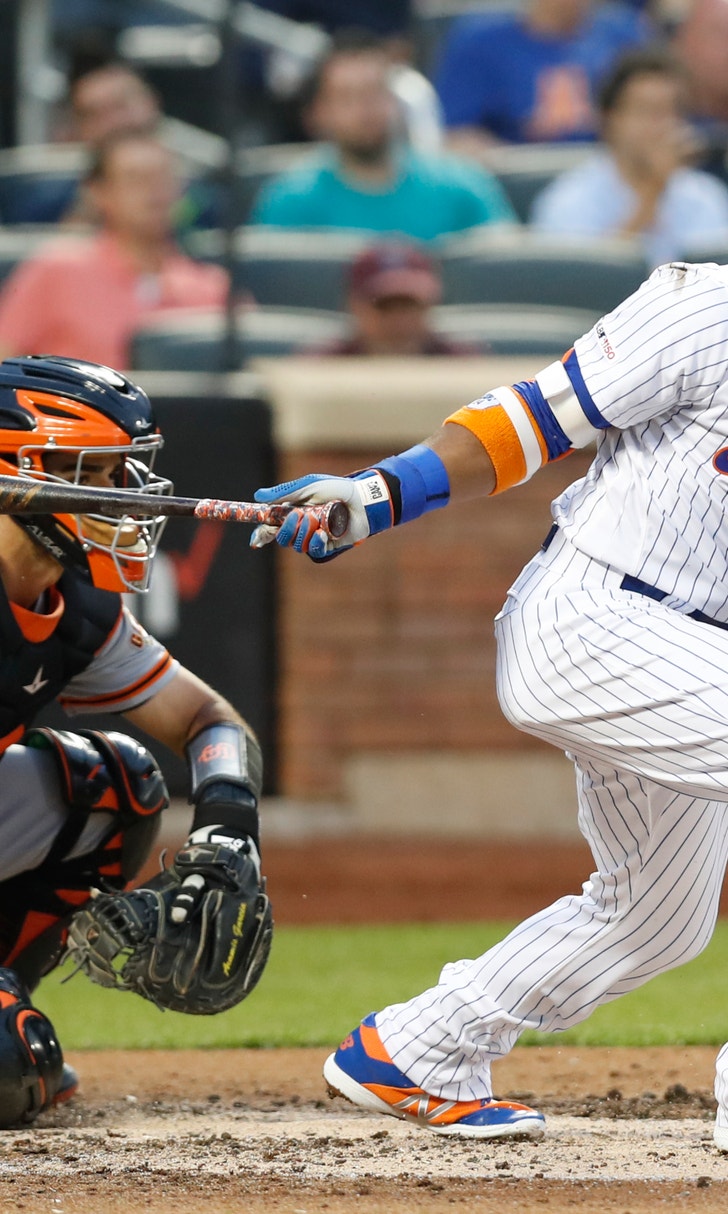 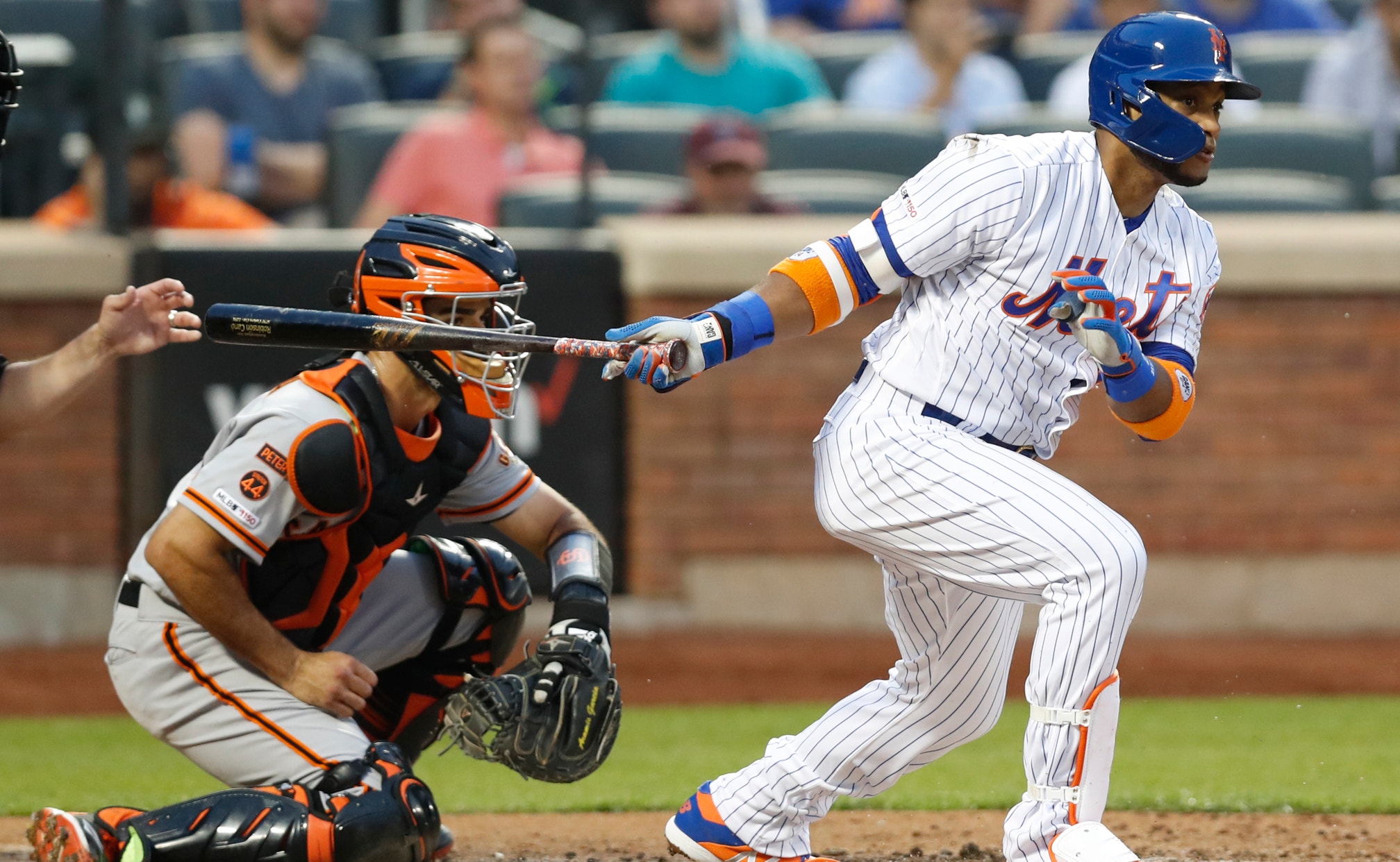 NEW YORK (AP) — Robinson Canó's return to the lineup lasted all of four innings, and the New York Mets are again facing questions about their handling of a star player's injury.

Canó was pulled from New York's game Wednesday night against the San Francisco Giants hours after coming off the injured list, limping away with left quadriceps tightness two weeks after initially straining the muscle.

Canó hit two groundouts in two at-bats, including an inning-ending double play with the bases loaded in the third. He favored his left leg coming up the line and was beaten to the bag by about a step. Adeiny Hechavarría replaced him at second base to begin the fifth.

The 36-year-old doesn't think he'll need to go back on the injured list, but he'll be evaluated further Thursday before New York makes any determinations.

"It's just got tightness," Canó said. "Nothing else."

Canó said before the game he would be cautious to avoid re-injury, noting it might take a few games before he felt 100 percent.

His quick exit was reminiscent of Yoenis Cespedes' previous game with the Mets last summer, when the slugging outfielder came off the shelf for one night, admitted postgame he might need surgery on both heels and ended up back on the disabled list. Cespedes has since had the operations and hasn't appeared in a game.

"I think we did everything we could. We leaned on the player. We put him through strenuous workouts. I think we approached it the right way. Some things are out of your control. So no, no regrets. I just hope he's not injured for a longer period of time."

Acquired last offseason from Seattle, Canó is hitting .238 with three homers and 14 RBIs for New York. He has been criticized for failing to hustle on a few groundball outs this season, then was May 22 running hard on a groundout two weeks ago.

Canó ran the bases and did other exercises Monday and Tuesday and was cleared after waking up feeling well Wednesday.

The Mets beat the Giants 7-0 behind Jason Vargas' shutout.

Outfielder Aaron Altherr was designated for assignment to open a roster spot.