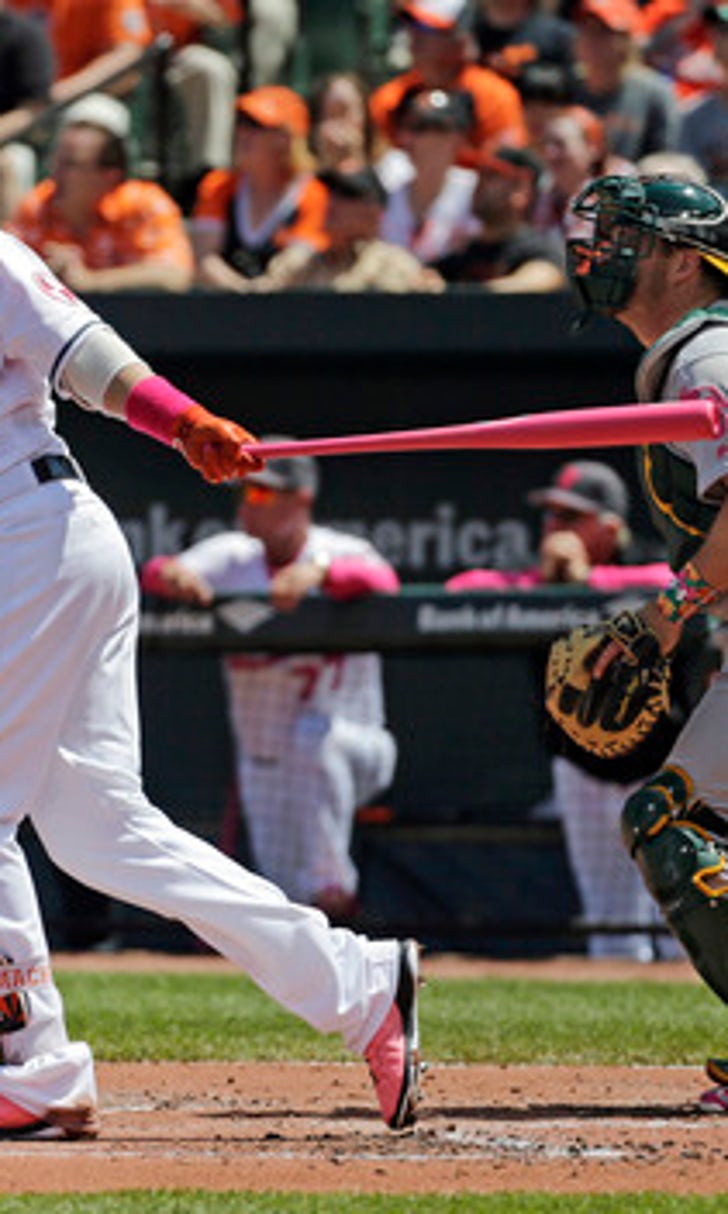 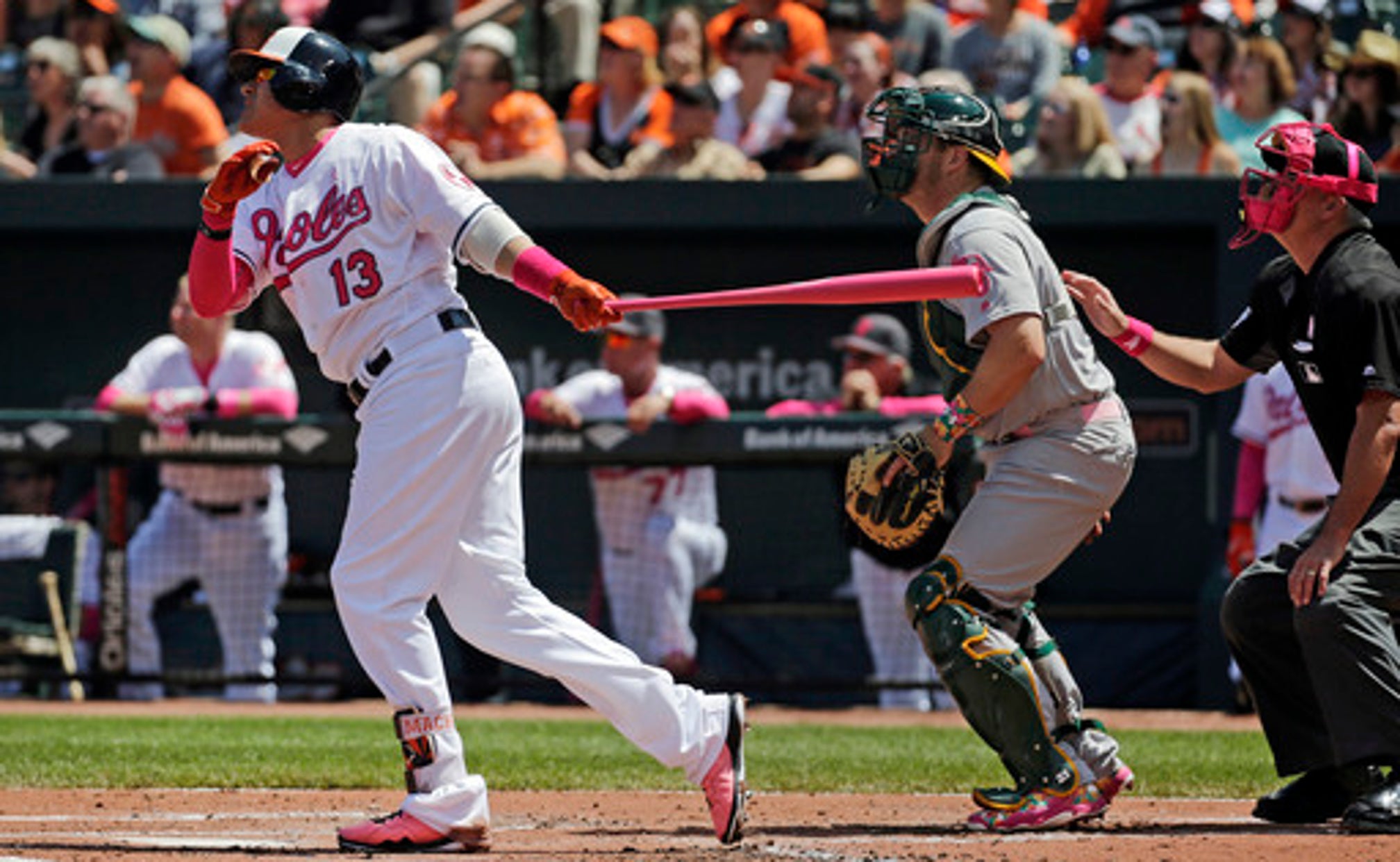 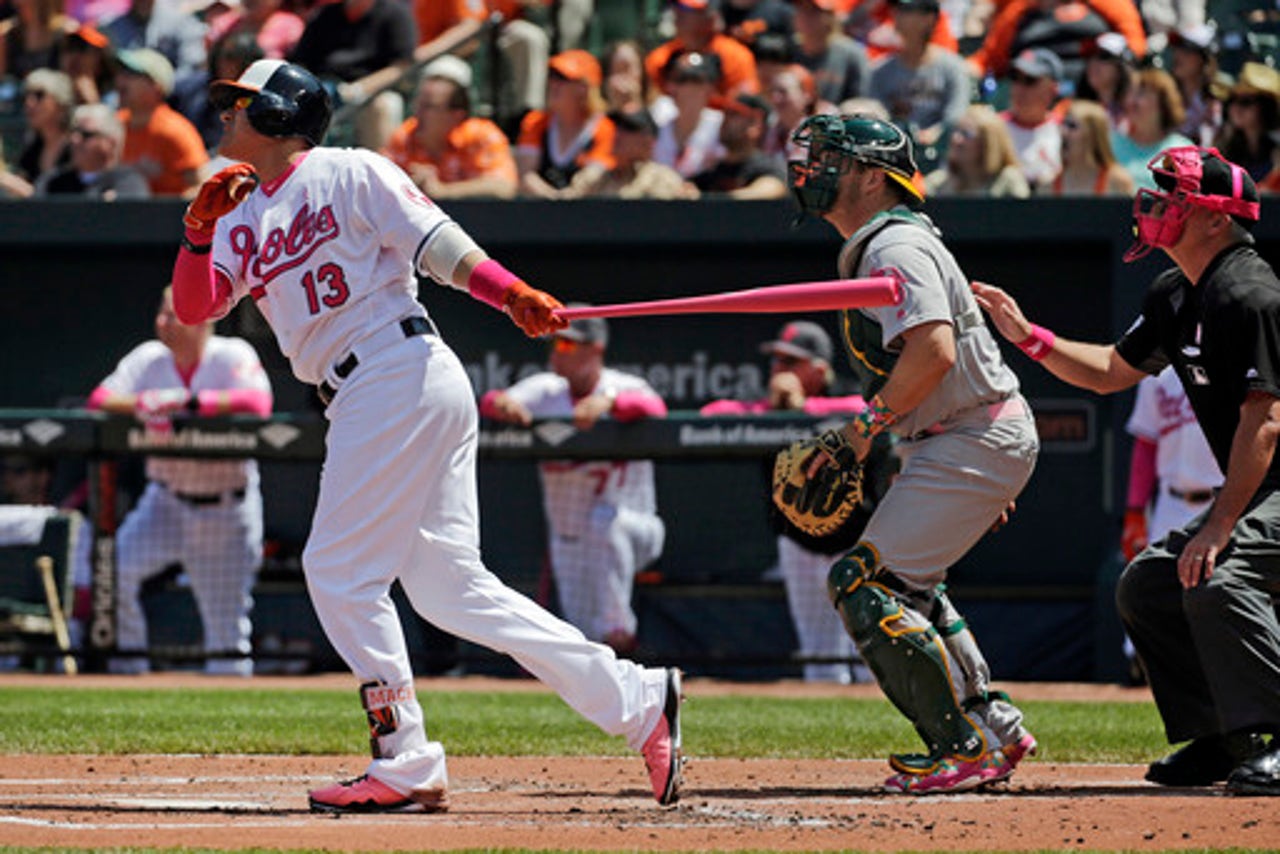 BALTIMORE (AP) Though they are certainly capable of winning a pitching duel, the Baltimore Orioles are most known for their ability to hit the long ball.

The Orioles went with the latter approach on Sunday, pounding the Oakland Athletics with a fence-clearing barrage.

Manny Machado hit two of Baltimore's season-high six homers, including a grand slam, and the Orioles scored all their runs on long balls in an 11-3 rout.

''They have power all the way up and down the lineup,'' A's manager Bob Melvin said. ''You have to make quality pitches, especially in this ballpark, and we didn't do it today.''

Machado connected with a man on in the first inning and added his third career slam in the eighth. The six RBIs were a career high.

''It's a great day,'' Machado said. ''I was able to go out there, put some great swings and hit some homers.''

On Thursday night, the Orioles beat the Yankees 1-0 in 10 innings. In this one, they circled the bases in dizzying fashion.

''The homers are not always going to be there,'' Machado said.

Trumbo finished a double short of the cycle. He singled in the first inning, hit a two-run shot in the third and was credited with a triple when his high fly to right was lost in the sun by Josh Reddick.

Trumbo popped out in his final two at-bats. The last one came against Oakland catcher Josh Phegley, who retired two straight batters in the eighth after Melvin decided against using another pitcher.

''It brings a little levity to what was a tough game at that point in time,'' Melvin said.

Reddick went 3 for 3 with a walk and 10 for 12 in the three-game series. He headed out of town with a franchise-record-tying eight straight hits.

''Look at all the players that have played in this uniform - Hall of Famers that have been there,'' Reddick said. ''To be up there on the top is a really great honor.''

But Oakland lost the final two games and has dropped six of seven overall to fall a season-high four games under .500 at 14-18.

Baltimore's Chris Tillman (4-1) gave up three first-inning runs before settling down to win his third straight start. The right-hander allowed six hits over 6 1/3 innings, striking out seven and walking four.

The A's got four hits in the first inning, including run-scoring singles by Reddick and Danny Valencia.

Machado answered in the bottom half, and Baltimore took the lead in the second inning on back-to-back drives by Alvarez and Schoop. The drive by Alvarez landed on Eutaw Street beyond the right-field wall and hit the B&O Warehouse on one hop.

Trumbo's ninth homer made it 6-3 in the third.

Graveman gave up six runs in 2 2/3 innings, including a career-high four homers. The right-hander is 0-3 with a 10.53 ERA in his last three starts.

The Athletics recalled Wendelken from Triple-A Nashville and optioned right-hander Jesse Hahn to Nashville. The move was made because the A's needed a fresh arm following Saturday's split doubleheader.

Athletics: RHP Henderson Alvarez (shoulder) probably won't be activated before completing his entire rehabilitative assignment. ''We're not going to rush him,'' Melvin said. ... Oakland has had at least three players on the DL every day since July 30, 2011.

Orioles: RHP Yovani Gallardo (shoulder tendinitis) could begin throwing on the side during the next homestand, May 12-19, Showalter said.

Athletics: The A's continue their East Coast trek Monday night in Boston for the opener of a three-game series. Sonny Gray (3-3, 4.84 ERA) starts for Oakland.

Orioles: Tyler Wilson (1-1, 3.04 ERA) goes for Baltimore on Monday night in Minnesota, where the Orioles will play three games before returning to Camden Yards. Baltimore's 13 wins at home are the most in the majors.