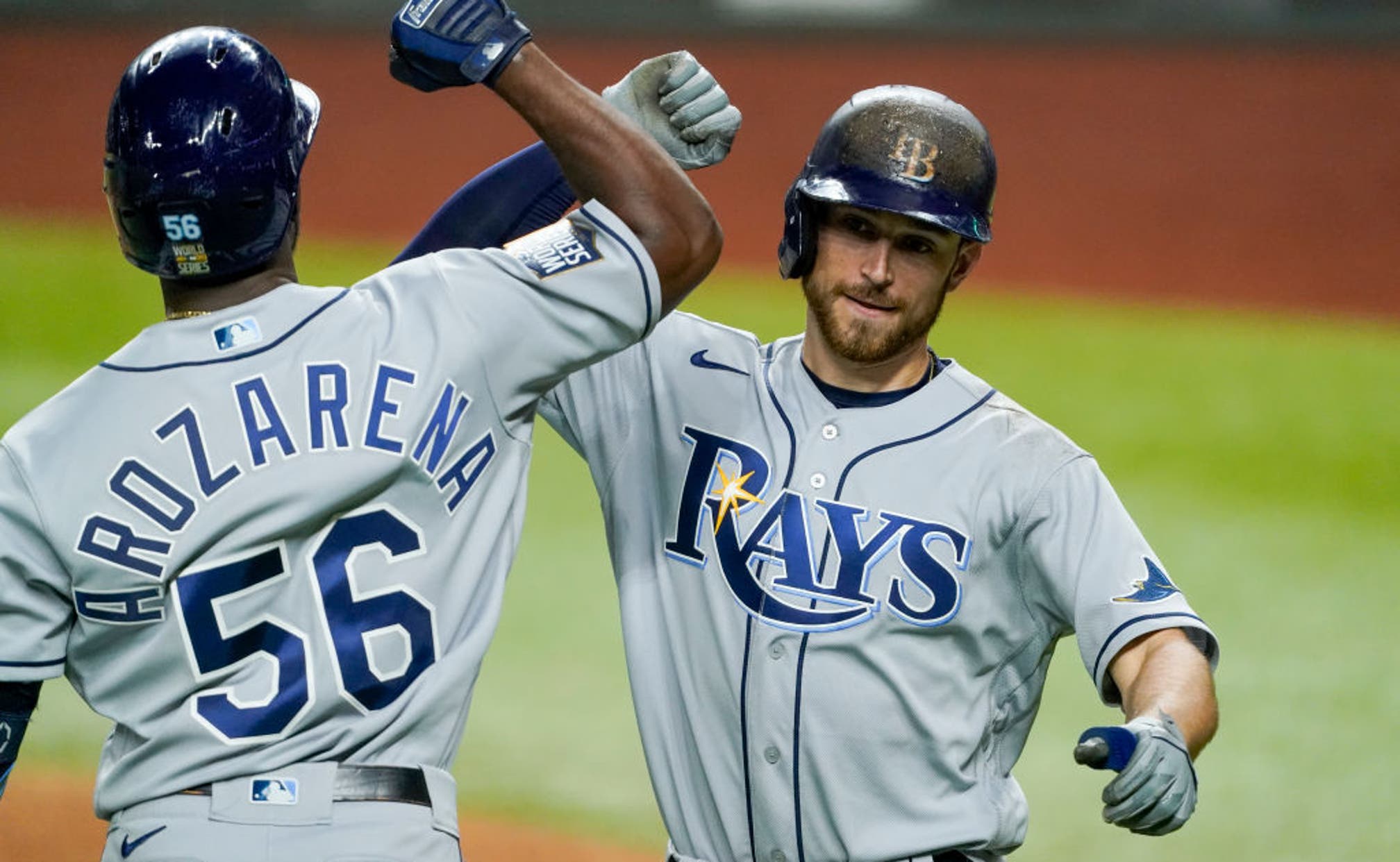 previous story
George Kittle Is Just Getting Started
next story
Worth The Risk?
Major League Baseball

We've got ourselves a series.

The Tampa Bay Rays took Game 2 of the World Series on Wednesday, behind the pitching of ace Blake Snell and the bat of second baseman Brandon Lowe.

Here are the key takeaways from Wednesday night's matchup:

Lowe hit a solo shot in the top of the first inning, giving Tampa Bay a 1-0 lead.

Then, in the top of the fifth, Lowe went deep once again, blasting a two-run shot that pushed the Tampa Bay lead to 5-0.

Before tonight, Lowe was 6-for-56 in the postseason, a batting average of .108, and he put Tampa Bay square in the driver's seat, considering the Rays were 25-1 when scoring at least five runs this year.

They are now 26-1 when they hit the five-run mark.

In Game 1, Dodgers ace Clayton Kershaw was the story of the night on the mound.

Snell only pitched 4.2 innings on Wednesday, but in that short span, he was lights out, striking out nine batters and not allowing a hit until a Chris Taylor home run in the bottom of the fifth, which put two runs on the board for LA.

Snell would allow one more hit in the fifth before he was pulled, but posting a no-hitter through nearly five innings of your first World Series start is nothing to sneeze at.

Still, despite Snell's pedigree, he rarely pitches late into games, and Wednesday was no expection.

His streak of pitching less than six innings in games that he starts has now reached 20.

For the Dodgers, things didn't go as swimmingly from the mound, after starting pitcher Tony Gonsolin was chased after just 1.1 innings.

LA used seven pitchers on the night, and only Alex Wood pitched at least two innings.

Here's a riddle: If a team tallies five hits in a game, and three of those hits are home runs, is that team considered to be hot from the plate?

Such was the case for LA on Wednesday, which received a two-run home run from Taylor, solo shots from both Will Smith and Corey Seager, and a double from Justin Turner.

Seager's blast continued his hot streak in October, as he's now tallied seven homers in these playoffs – the most ever by a shortstop in a single postseason, and one shy of tying the all-time record.

The Dodgers will look for Seager to continue his run in Game 3. Coverage starts Friday at 7 p.m. ET on FOX.