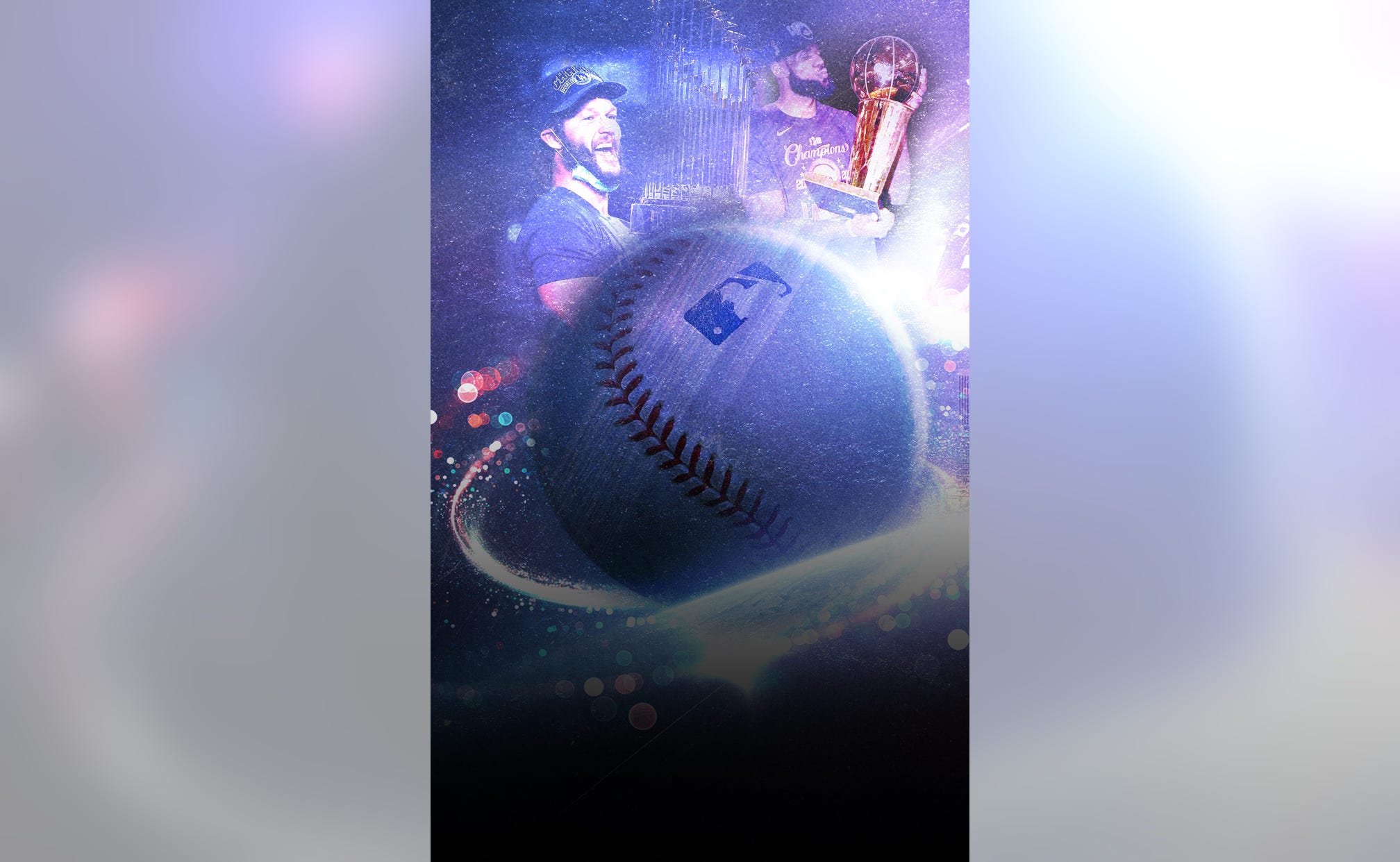 previous story
The One Who Got Away
next story
EXCLUSIVE: Halloween Havoc Set Revealed
Major League Baseball

After all that 2020 has thrown into our path, every city in America – no, every town, township, suburb and village – should get the joyous uplift of seeing a cherished team win a sports championship.

That’s not how it works, sadly, and so, after a World Series filled with tension and spectacle ended with a Dodgers drought-breaker Tuesday night, it is Los Angeles that gets to bask in the resultant glow.

Coming just 16 days after the Lakers lifted the Larry O'Brien Trophy, these are heady sports days for the city of Los Angeles. The last time teams from the same city won an NBA title and World Series in the same year was back in 1988, when it was ... the Dodgers and Lakers.

The Dodgers’ World Series title comes toward the end of a year that began horribly with the loss of beloved Lakers icon Kobe Bryant in a January helicopter accident that also claimed the life of his daughter and seven others.

Such things are cyclical, and while it is sweet serendipity the tandem titles came in the year of Bryant’s passing, it is coincidental, not more. The Lakers’ defeat of the Miami Heat and the Dodgers outmuscling of the Tampa Bay Rays were hard-earned rings but also unusual ones, by necessity.

As the Dodgers triumphed, LeBron James tweeted how he’d love a dual celebratory parade but accepted it was likely impossible.

“I know we can’t but … I want to celebrate with our Lakers and Dodgers fans,” James wrote. “L.A. is the city of champions.”

The reality is that just like the Lakers, the Dodgers’ success was rooted in simplicity. We thought the altered circumstances in sports would lead to surprise results and bizarre happenings and that was kind of the case. Few predicted the Heat making the NBA Finals or the small-budget Rays reaching the reimagined Fall Classic.

Yet amid all the uncertainty, quality shined. The Lakers wouldn’t have won it all had they failed to be disciplined and united in the bubble, but they ultimately prevailed because they had two of the world’s best players in James and Anthony Davis.

Similarly the Dodgers, who were unrattled by the Game 4 extravagant plot line and were nerveless in Tuesday’s closing moments, are champions because they have baseball’s best roster, helped by the National League’s highest payroll.

“We worked so hard,” Dodgers catcher Austin Barnes said. “We have had our hearts broken so many times. There is a ton of emotion.”

Anything can happen when a game gets tight and anyone in the majors is capable of a clutch hit, but it sure helps if you have Mookie Betts or Corey Seager stepping up when it counts. Or, when a pitching bounce back is required, you have Clayton Kershaw, prior postseason wobbles notwithstanding.

The Rays scrapped and fought and interrupted the narrative, but this was the Dodgers series to throw away and they declined that option. Then, all that pent up frustration could be released and those recent World Series disappointments could be soothed.

But this is 2020, which means no time of uplift is complete without an accompanying kick to the backside. Before the seventh inning was done, Major League Baseball received confirmation Dodgers third baseman Justin Turner had tested positive for the novel coronavirus.

If anything, Turner’s results served as the ultimate reminder that these are the most unpredictable of days and that there could have been so much more upheaval. What if the Rays had tied things and set up a Game 7? Could it even have taken place? Would the World Series have been paused for a couple of weeks with a single game remaining? Would it have remained frozen in time forever?

And so ended a wild postseason and a unique campaign. It was just a few months ago when there were suggestions that any title won during this period would be somehow tainted.

No one thinks that now, not after seeing the difficulty level and the struggle and everything that had to be overcome.

It’s time for the people of Los Angeles to celebrate, and they should, albeit in a different fashion. Los Angeles mayor Eric Garcetti immediately responded to James’ tweet by vowing to explore appropriate parade options. “Let’s talk,” he wrote.

However, recent news that the title runs of both teams had caused a significant spike in L.A. County COVID cases, due to people meeting in numbers to watch games, casts doubt on the feasibility of such a congregation.

Parades are nice, but even in the best of times, they are not really what it is all about. Sports right now are a reflection of our changed perceptions, a testament to the power of perseverance, survival, adaptation and nerve.

Yet the Dodgers, like the Lakers, sit today in the position every other team envies, for the most enduring and timeless of reasons.

They were the best – and they proved it.