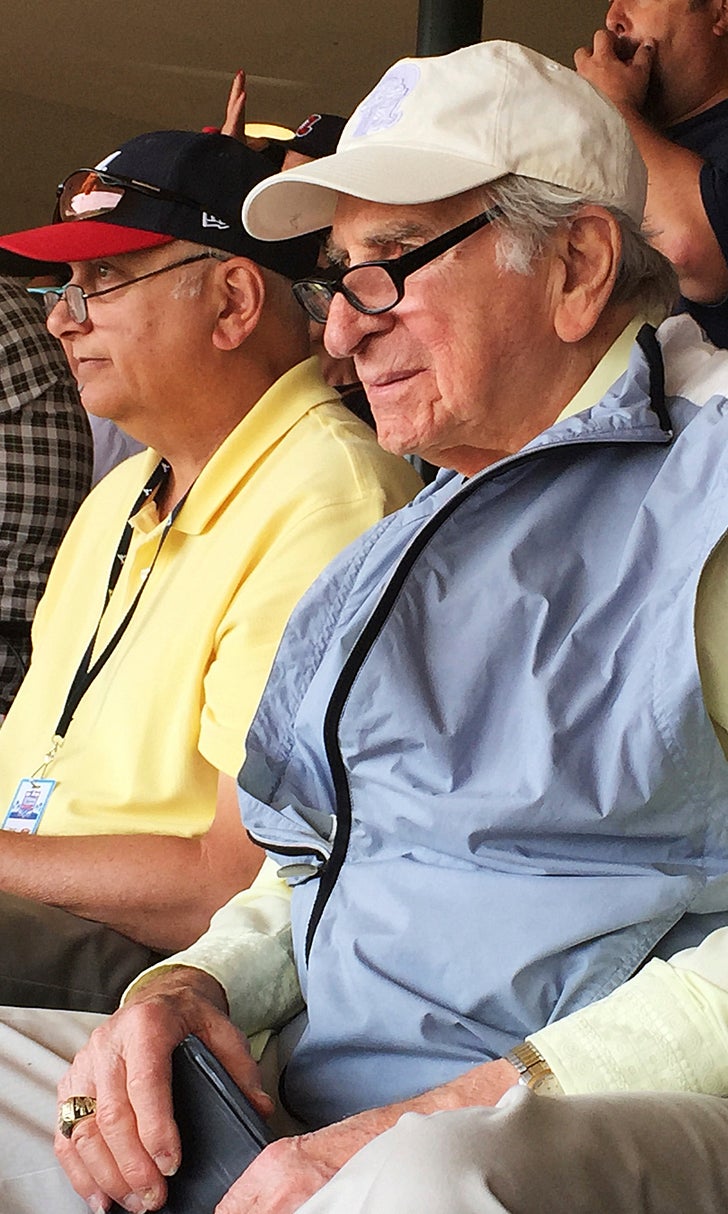 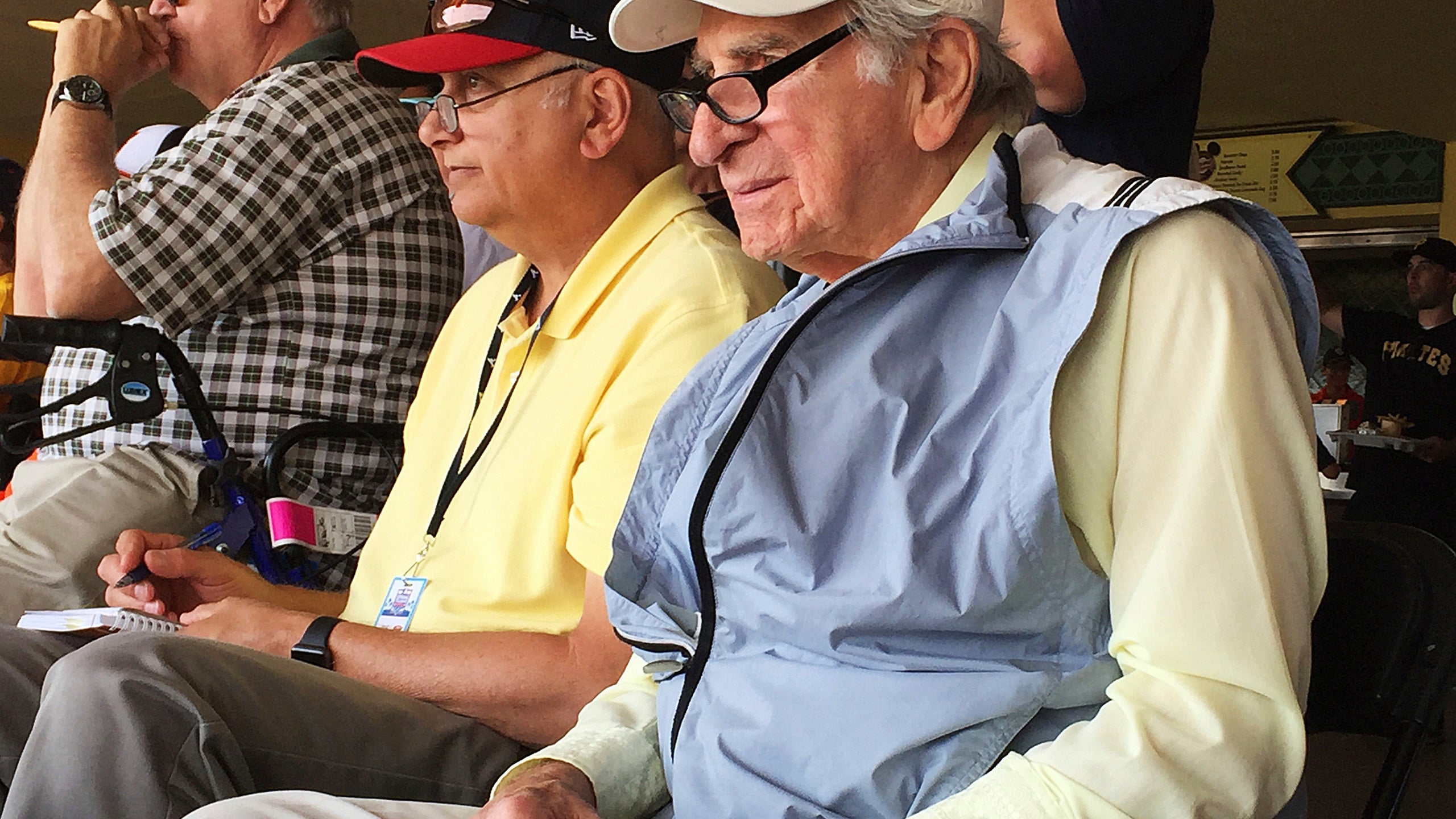 Tommy Giordano, a longtime scout who played only 11 games in the major leagues but spent more than seven decades in a variety of baseball roles, died Thursday. He was 93.

Known affectionately as "T-bone," Giordano was stricken in December with a blood infection, said his daughter, Gail Przeclawski. He died at her home in Orlando, Florida, after the family decided against further treatment.

Giordano worked for the Atlanta Braves as baseball's oldest scout through last season, his 71st in professional baseball. He had intended to come back for another year until he became ill.

"I can't wait to get up in the morning and go to the ballpark," he said in a 2016 interview with The Associated Press. "I'm still in baseball, so I must have been doing a pretty good job."

Giordano, a slick-fielding middle infielder, played in the minor leagues for a dozen years. His only appearance in the majors came toward the end of the 1953 season, when he was called up by the struggling Philadelphia Athletics.

He had a memorable debut at Connie Mack Stadium, homering off 20-game winner Virgil Trucks of the Chicago White Sox in his second career at-bat. But Giordano hit only .175 with two homers and five RBIs during that 11-game stint and never returned to the Show. The Athletics played just one more season in Philadelphia, moving first to Kansas City and eventually to Oakland.

Giordano spent most of the 1953 season with Savannah in the Class A South Atlantic League, where he met future home run king Hank Aaron, then an up-and-coming prospect with Jacksonville. Aaron led the Sally League in almost every offensive category except one — Giordano hit 24 homers, two more than the Hammer.

Giordano became a scout after his playing days were over, serving in that role for numerous teams beginning with the Kansas City Athletics in 1960. He relished the opportunity to comb the backwoods and backwaters for potential future stars.

Two of his biggest prizes were Cal Ripken Jr. and Manny Ramirez.

"Get in the house" was a scouting mantra that Giordano swore by, giving him a chance to check out a prospect's family and any off-the-field red flags.

Over the course of his long career, Giordano served as a scouting director, player development executive and assistant to the general manager with the Baltimore Orioles, Cleveland Indians and Texas Rangers. He was selected by his peers as Major League Baseball's East Coast scout of the year in 2007.

Born Oct. 9, 1925 in Newark, New Jersey, Giordano's baseball career almost ended not long after it started. His father, who owned a grocery store, believed young Tommy should focus on his schoolwork and devote any free time to working at the family business.

When Giordano joined the high school team, he fibbed to his parents about his reason for coming home late.

"I used to hide my spikes," Giordano said. "Well, my dad got hold of them and put them on the butcher block. He cut them up. He cut everything up. My bat, my glove, everything."

Eventually, though, his father came around. He even had a pregame ritual that gave his son a nickname, one that stuck with him through the rest of his life.

"I hit a couple of home runs one day," Giordano recalled. "Someone made the statement, 'Hey, where did you get all that power? What did you do?' I told 'em, 'Before every game, my dad fixes me a big T-bone steak.' That's where it all started."

Still vibrant into his 90s and determined to remain part of the game, Giordano was hired before the 2016 season as a special assistant by his protege John Hart, then serving as president of baseball operations for the Atlanta Braves.

That would be Giordano's final stop.

Hart was able to visit with Giordano in his final days, part of a steady stream of visitors who descended on his daughter's home to say goodbye. Many others called, including Hall of Famer Reggie Jackson.

In a text to the AP, Hart wrote that Giordano was "like a father to me, and I have been so blessed to have him in my life."

His wife, Berenice, died almost a year ago. The couple was married for 70 years.

A memorial service is scheduled in Orlando on March 10. The family also plans memorial services in Newark and on Long Island, where Giordano and his wife lived for many years before moving to Florida.