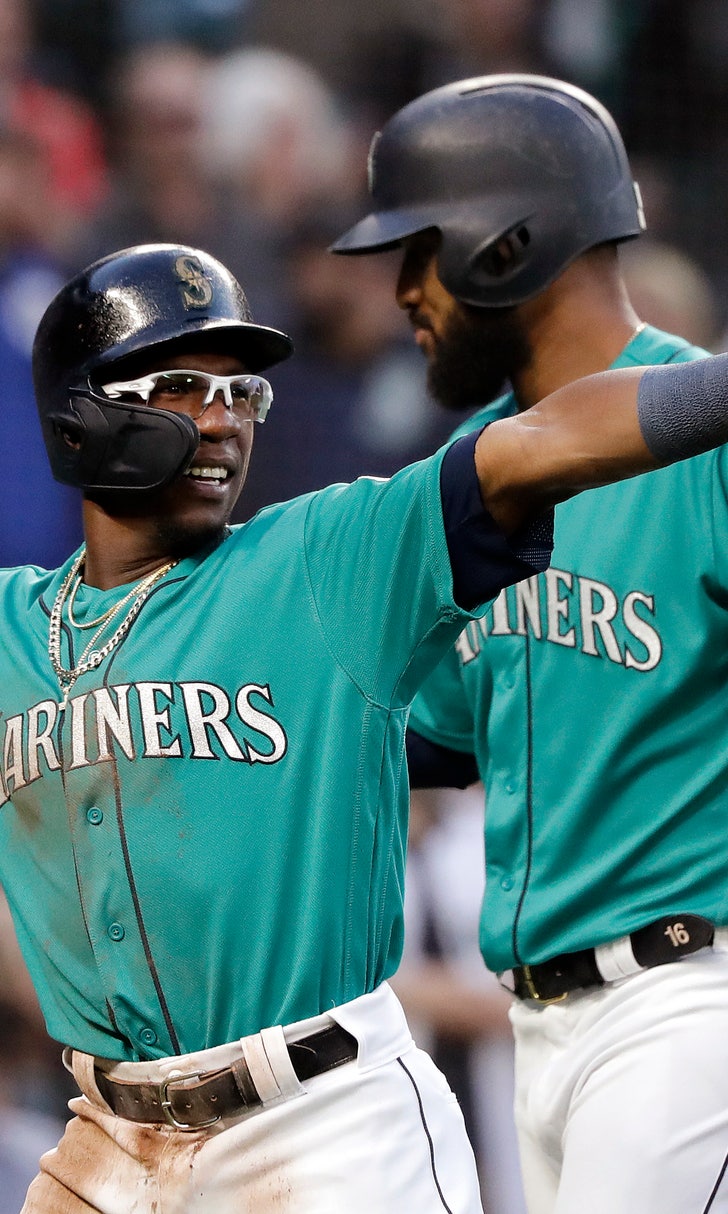 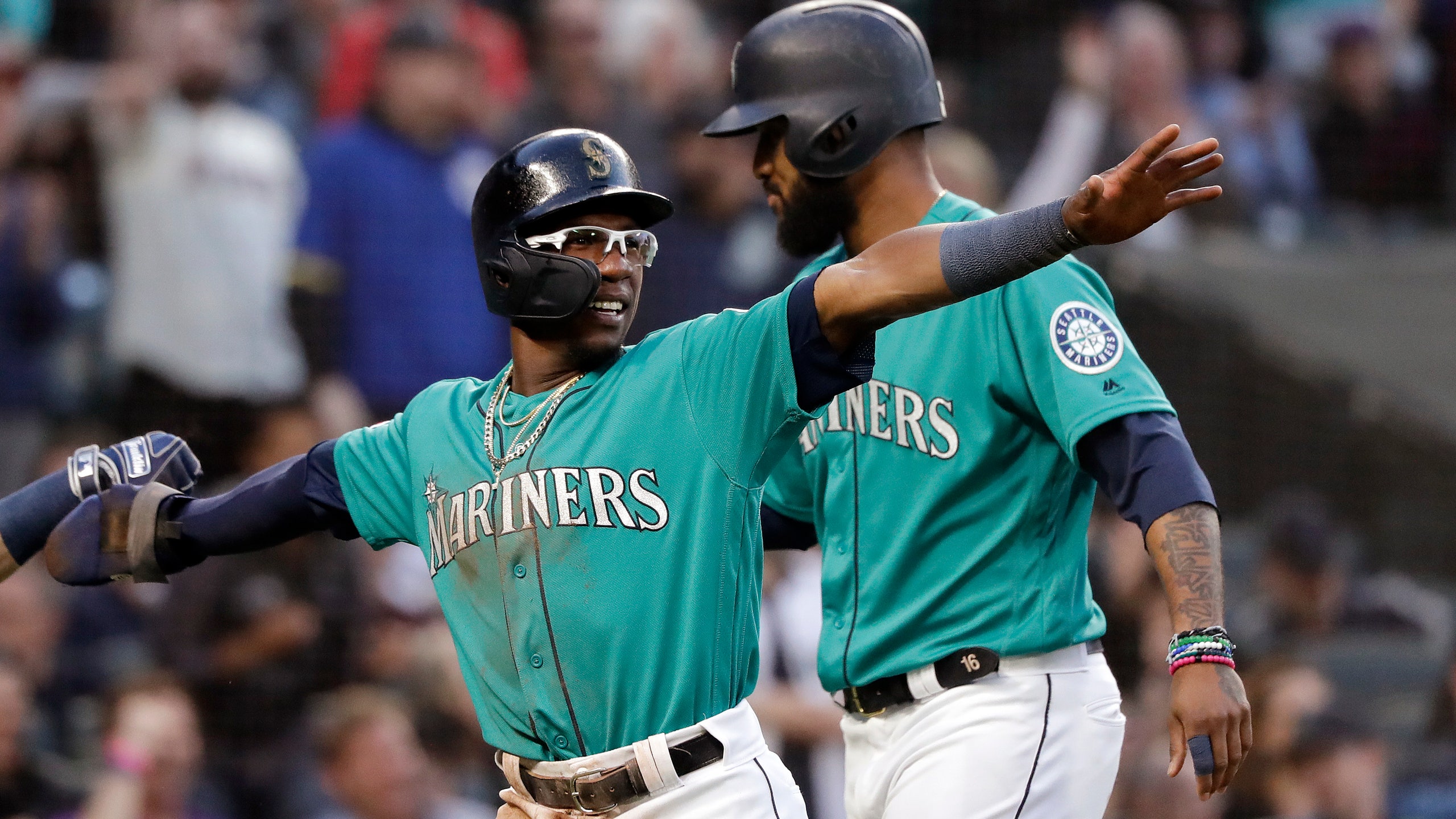 SEATTLE (AP) — After weeks of being on the wrong end of several ugly routs, the Seattle Mariners finally enjoyed a laugher of their own.

"We were due to be on the other side of that type of game," manager Scott Servais said. "We've wore a few of those this year."

Edwin Encarnacion capped Seattle's seven-run sixth inning with a three-run homer, Mike Leake pitched his first complete game since 2015 and the Mariners stopped a four-game losing streak Wednesday night with a 14-1 rout of the Houston Astros.

Seattle won for just the fourth time in 20 games thanks to five homers and an outstanding performance from Leake (5-6).

Domingo Santana got Seattle's big inning started with a two-run homer, his first at home since April 27. Tom Murphy greeted reliever Brady Rodgers with a two-run shot on the first pitch, and Encarnacion put an exclamation point on the outburst with his 17th long ball, which landed in the second deck in left-center field.

Houston's five-game winning streak was snapped with its most lopsided defeat since a 17-2 loss to Detroit in May 2013.

"I was going into it not trying to use our primary guys," manager AJ Hinch said about his bullpen. "We've worked them a ton, so some other guys haven't got to pitch on a daily basis. They struggled tonight and it got really ugly."

Mallex Smith also had a key two-out, two-run single in the fifth off Astros starter Brad Peacock (5-3) after Seattle loaded the bases with no outs and nearly failed to capitalize. Peacock allowed only one hit through the first four innings, but struggled in the fifth and Hinch turned to his bullpen.

"Backdoor slider. Just looking for it, I think. Put a great swing on it," Peacock said.

Leake matched a career high by throwing 119 pitches in a six-hitter that marked Seattle's first complete game this season and his fifth in the majors, the last coming with San Francisco on Sept. 30, 2015.

The right-hander rebounded from a shaky first inning and struck out five. He allowed just four baserunners after the first.

In his last two starts, Leake has thrown 16 innings and allowed three runs.

"That's who I feel like I am. I mean, not getting nine (innings) all the time — you're fortunate to get that once in a while. But if I can eat up innings and save the bullpen for a day, that's a good day," Leake said.

Mac Williamson and Kyle Seager also homered for the Mariners in a five-run eighth.

Williamson had a pretty crazy 36 hours, capped by a pinch-hit, three-run homer. His saga started early Tuesday when he attempted to fly from North Carolina to Seattle to sign a minor league deal with the Mariners. His travel was delayed and he didn't arrive in the Northwest until well after midnight Wednesday morning.

Williamson started Wednesday completing his physical and reporting to Triple-A Tacoma, but after going through one round of batting practice 30 miles away, he was told he needed to report to Seattle after Braden Bishop was placed on the 10-day injured list with a lacerated spleen before the game. Williamson signed with Seattle after declining a minor league assignment and being released by San Francisco last week. He appeared in 15 games with the Giants.

"First flight got delayed and then I had to move some flights around. It was a long travel day but well worth it," Williamson said.

Williamson hadn't played since May 24 and had struck out in eight of his final nine at-bats with the Giants before being released.

Mariners: Seattle expects infielders Dee Gordon (wrist), Ryon Healy (back) and J.P. Crawford (ankle) to go out on rehab assignments this weekend. Servais was uncertain where the trio was headed, but expected a couple of those players to likely end up in the Class A California League with the chance of rejoining the Mariners in Oakland late next week. ... RHP Felix Hernandez and RHP Hunter Strickland will throw bullpens Thursday, to be followed by live batting practice sessions before either head out on a rehab assignment.

Servais said LHP Yusei Kikuchi will return to the rotation Saturday when Seattle plays at the Los Angeles Angels. Kikuchi was skipped last time through the rotation after two straight poor outings.

Mariners: LHP Tommy Milone (1-1) makes his fourth start. Milone got a no-decision in his last outing against the Angels.