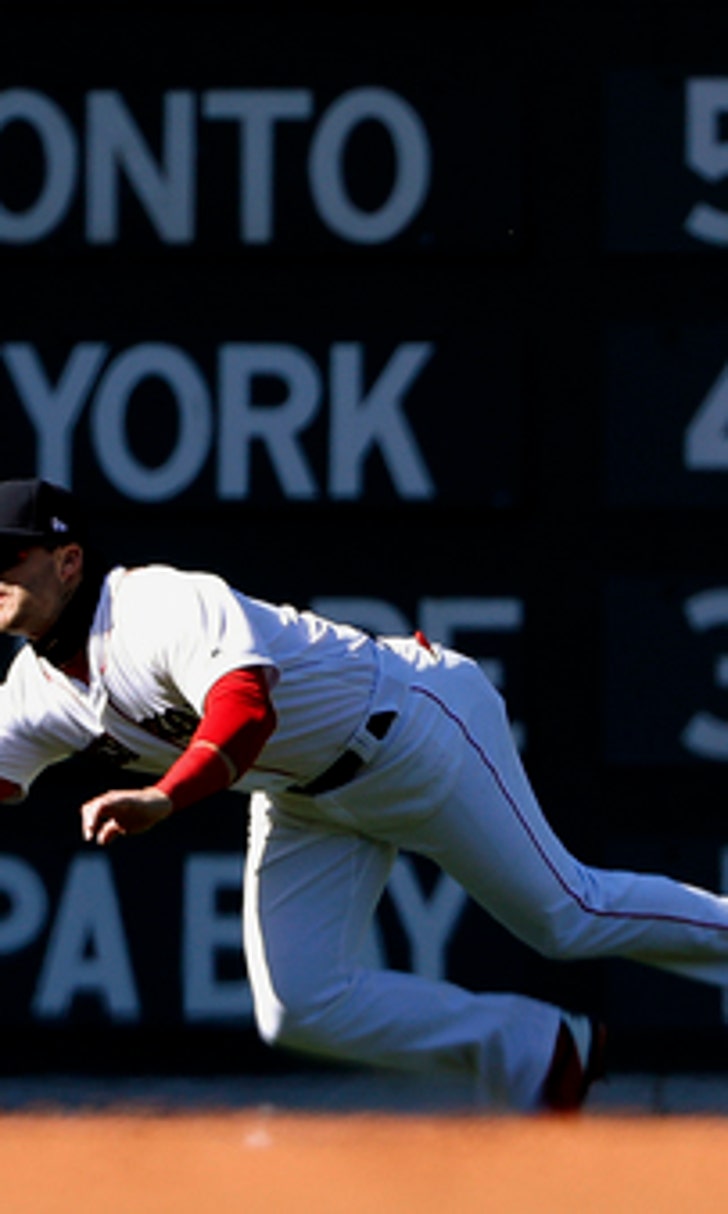 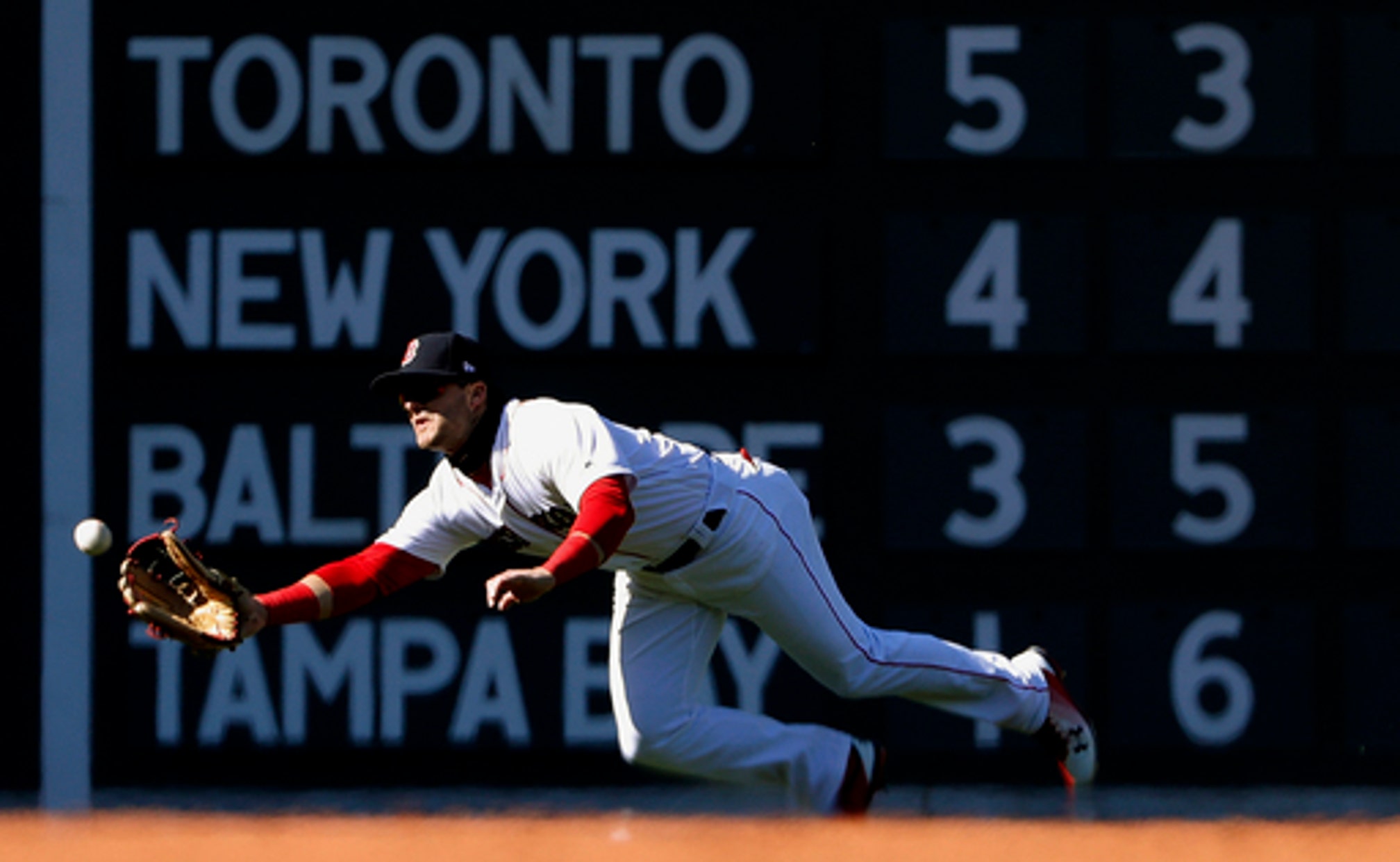 LEADING OFF: Yankees-Red Sox ramp up, Ohtani could return

Giancarlo Stanton and J.D. Martinez get their first swings in the Yankees-Red Sox rivalry when aces Luis Severino and Chris Sale start at Fenway Park in the opener of 19 games between the AL East powers. Boston has won eight in a row but is minus shortstop Xander Bogaerts, put on the 10-day disabled list because of a cracked bone in his left ankle. Stanton is still looking for his stroke - the NL MVP is hitting .167 with 20 strikeouts in 42 at-bats in his first year with New York.

Shohei Ohtani could return to the lineup when the Los Angeles Angels visit Texas. The two-way star from Japan pitched perfect ball into the seventh inning Sunday, then didn't start Monday. Ohtani has homered in his last three games as a designated hitter. He's batting .389, and is 2-0 on the mound.

The Chicago Cubs try again to play their home opener, a day after a winter scene at Wrigley Field forced a snowout. The Cubs are only team in the majors that hasn't had a home game. The forecast is for clear skies and temperatures in the low 40s when Tyler Chatwood starts against Pittsburgh.

The Orioles have promoted 2013 first-round pick Hunter Harvey from the minors to bail out a tired bullpen while they take on Toronto. The right-hander, the son of former All-Star reliever Bryan Harvey, has never pitched above Class A - he had been scheduled to start Monday for Double-A Bowie. The 23-year-old Harvey missed the 2015 season with an arm injury and had Tommy John surgery in July 2016.