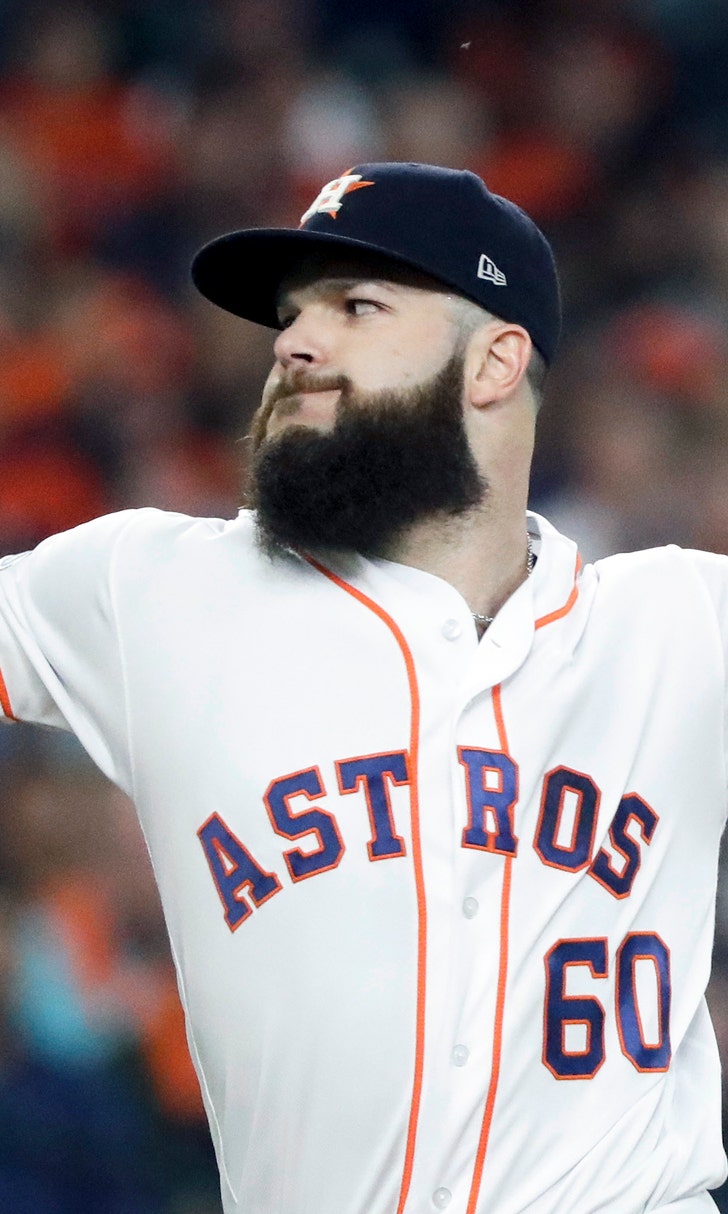 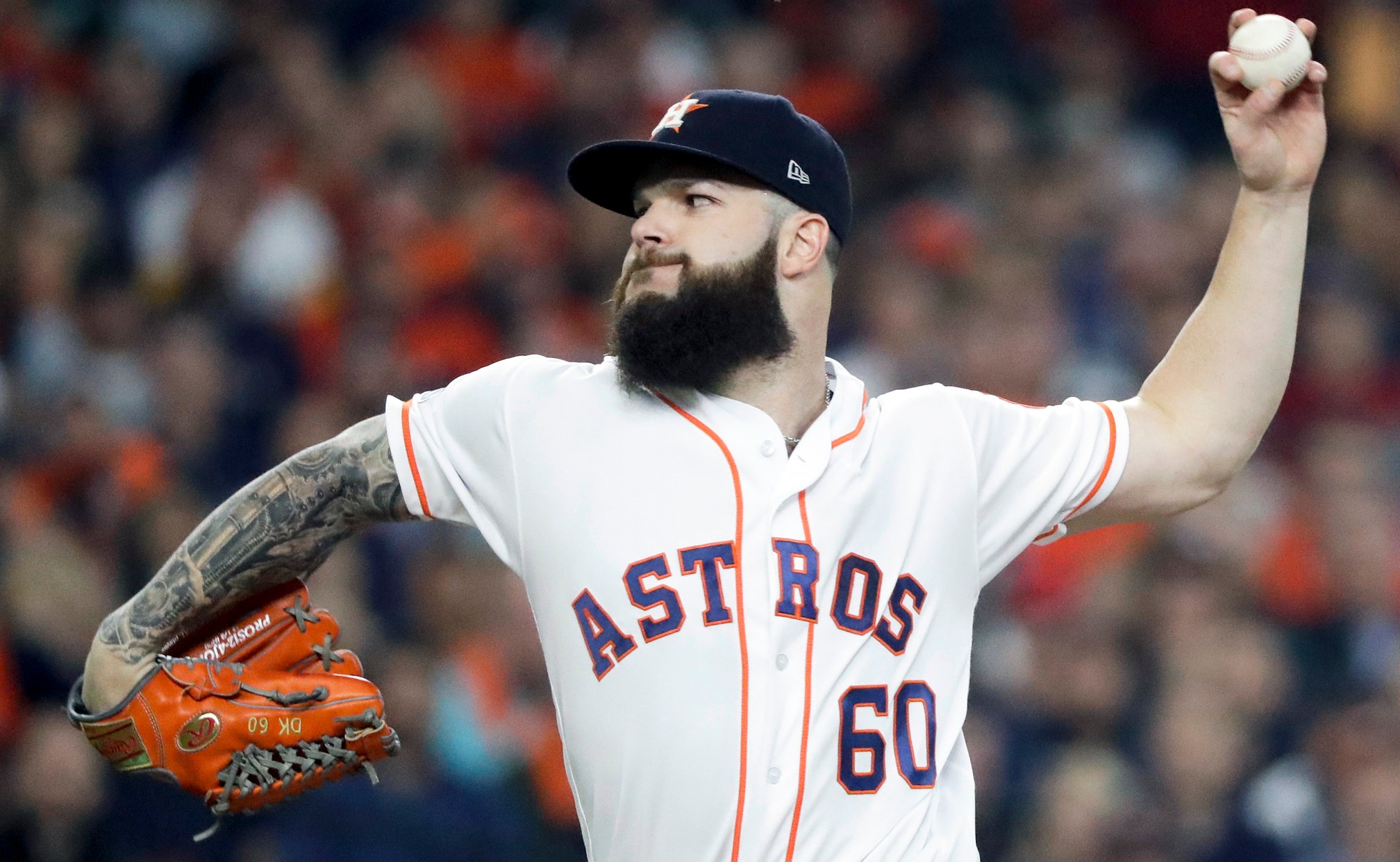 LEADING OFF: No picks for Keuchel, Kimbrel, MLB draft starts

All-Star starter Dallas Keuchel and imposing closer Craig Kimbrel, the last two top free agents on the market, can sign without their new teams having to forfeit amateur draft picks as compensation. Both turned down $17.9 million qualifying offers in November, Keuchel from Houston and Kimbrel from the World Series champion Boston Red Sox. Under baseball's labor contract, compensation is eliminated for free agents who sign starting on the day the amateur draft begins.

Before Monday, a new team signing either player would have lost at least one draft pick and possibly two, and some teams would have lost international signing bonus allocation.

The O's have the overall No. 1 pick for the second time, and first since taking LSU pitcher Ben McDonald in 1989.

Last year's top choice was Auburn pitcher Casey Mize, taken by Detroit. The 22-year-old righty is 7-1 with a 1.39 ERA in his minor league career so far, and pitched a no-hitter for Double-A Erie this season.

Veteran outfielder Jay Bruce is set to join the NL East-leading Phillies, a day after they acquired him from Seattle with cash for a minor league infielder. The former All-Star will meet up with his new teammates for the start of a series at San Diego.

"I get to go somewhere I have a chance to win," Bruce said, "and at this point in my career, that's pretty paramount for me."

The Phillies wanted to add a lefty-hitting outfielder after Odubel Herrera was put on administrative leave by the commissioner's office Tuesday under the sport's domestic violence policy after his arrest in Atlantic City, New Jersey.

Mike Trout and the Los Angeles Angels will take a one-day trip to Wrigley Field to make up a game that was snowed out in Chicago on April 14. The Angels played in Seattle on Sunday, then host Oakland on Tuesday night.