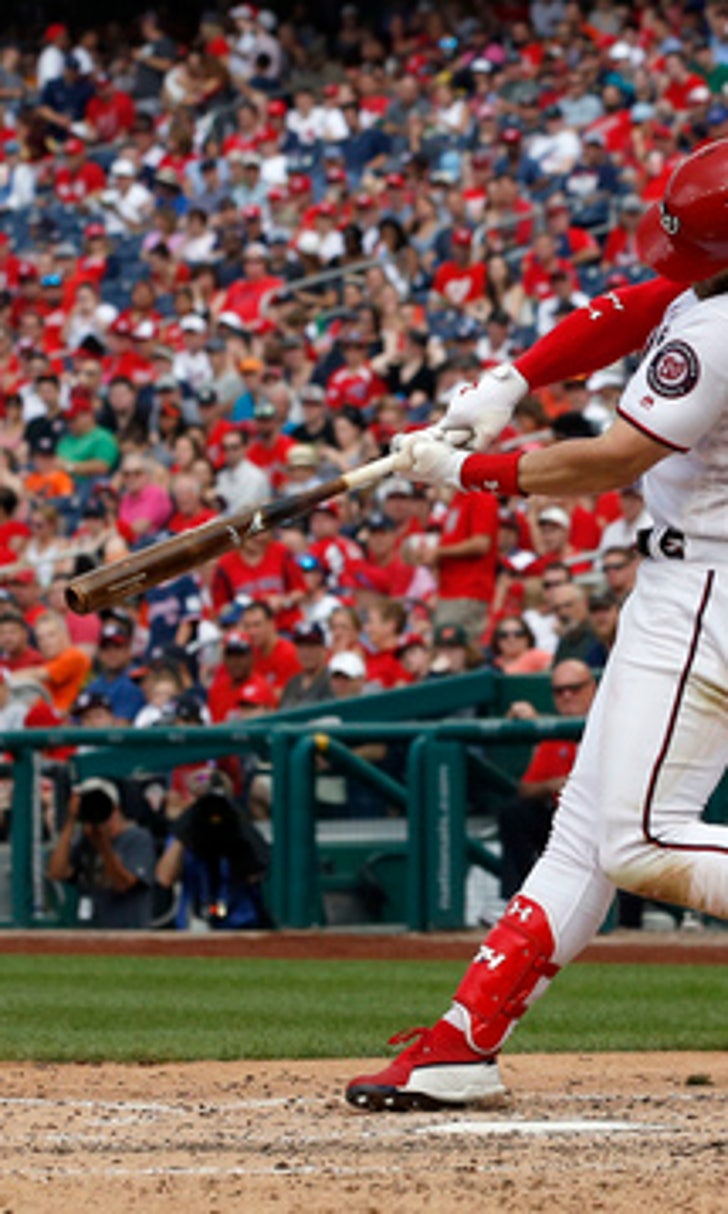 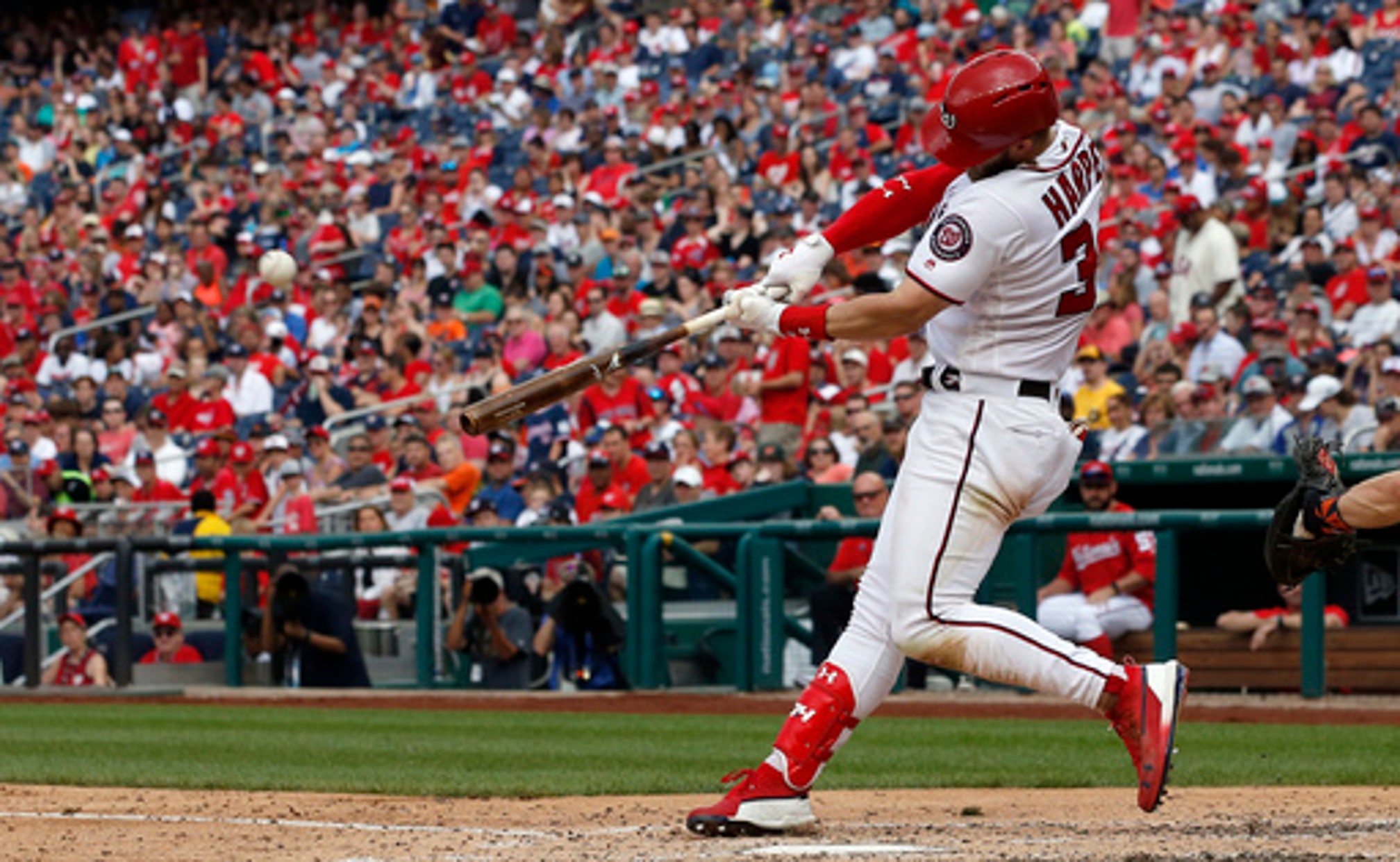 CLASH OF THE TITANS

Bryce Harper and the Washington Nationals visit Yankee Stadium for the opener of a two-game interleague series between World Series contenders. With the Nationals playing the first of five straight games in American League parks where they'll need a designated hitter, it's possible Daniel Murphy (right knee surgery) could make his season debut. The second baseman rejoined the team Sunday, taking batting practice and fielding grounders. He planned to accompany the Nationals to New York.

Bartolo Colon (3-3, 4.16 ERA) pitches for the Texas Rangers at Dodger Stadium. The 45-year-old righty is tied with Hall of Famer Juan Marichal for the most wins by a Dominican-born pitcher at 243.

Milwaukee right-hander Chase Anderson could use some run support against the Cubs. Anderson has a 2.79 ERA over his last three starts vs. Chicago but the Brewers have been shut out each time, outscored by a combined 9-0. Anderson (4-5) hopes the bats get going when he faces Tyler Chatwood (3-4) in the second of a three-game series between the top two teams in the NL Central.

Hoping to energize a sagging lineup, the Mets will have a new starter at first base when they begin a 10-game road trip in Atlanta. The team released 36-year-old Adrian Gonzalez, a five-time All-Star, after Sunday night's 2-0 victory over the Yankees. Touted prospect Dominic Smith will be recalled from Triple-A Las Vegas, and New York could also play outfielders Jay Bruce and Jose Bautista at first. Smith, who turns 23 this week, was batting .260 with two homers and 25 RBIs at Las Vegas. Drafted 11th overall out of high school in 2013, he scuffled in the majors as a rookie last season, hitting .198 with nine homers, 26 RBIs and a .658 OPS in 49 games.

White Sox outfielder Avisail Garcia is set to begin a rehab assignment with Triple-A Charlotte as he works his way back from a strained right hamstring. General manager Rick Hahn said the 2017 All-Star will need at least seven to 10 days before he is activated. Garcia hasn't played since April 23. He is batting .233 with four RBIs in 18 games after hitting .330 with 80 RBIs last year. ... Gold Glove center fielder Kevin Kiermaier is headed to Class A Charlotte as he rehabs from a torn ligament in his right thumb. Kiermaier hopes to rejoin the Tampa Bay Rays on June 22 for a series against the Yankees.

Rays Beat Dodgers In Instant Classic
What just happened?! We're glad you asked. Here's everything that went down in a spectacular, thrilling World Series Game 4.
38 mins ago

World Series Top Plays: Game 4
The Rays stunned the Dodgers in a game for the ages. Here are the top plays from Game 4.
53 mins ago

Social Media Reacts To Rays' Epic Win
Game 4 of the World Series will go down as one of the wildest in baseball history. Here's how the sports world reacted.
57 mins ago