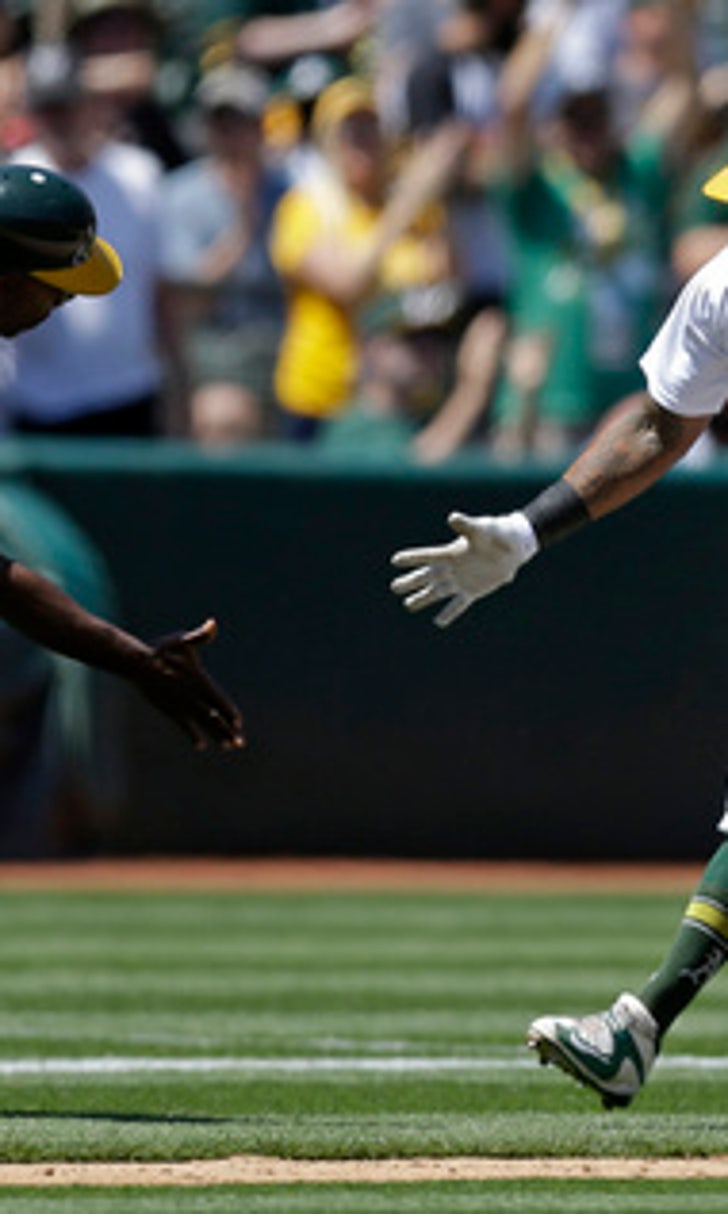 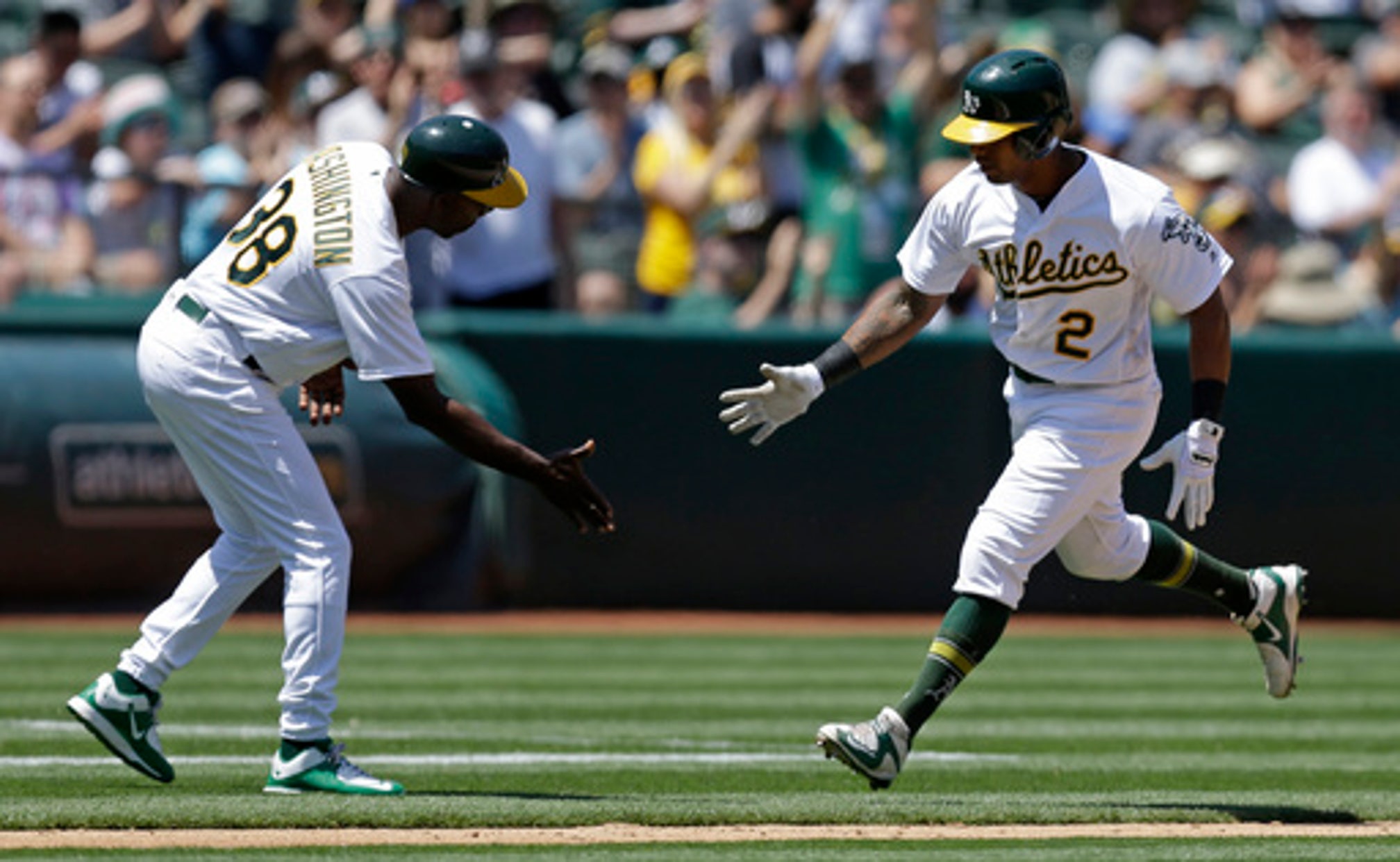 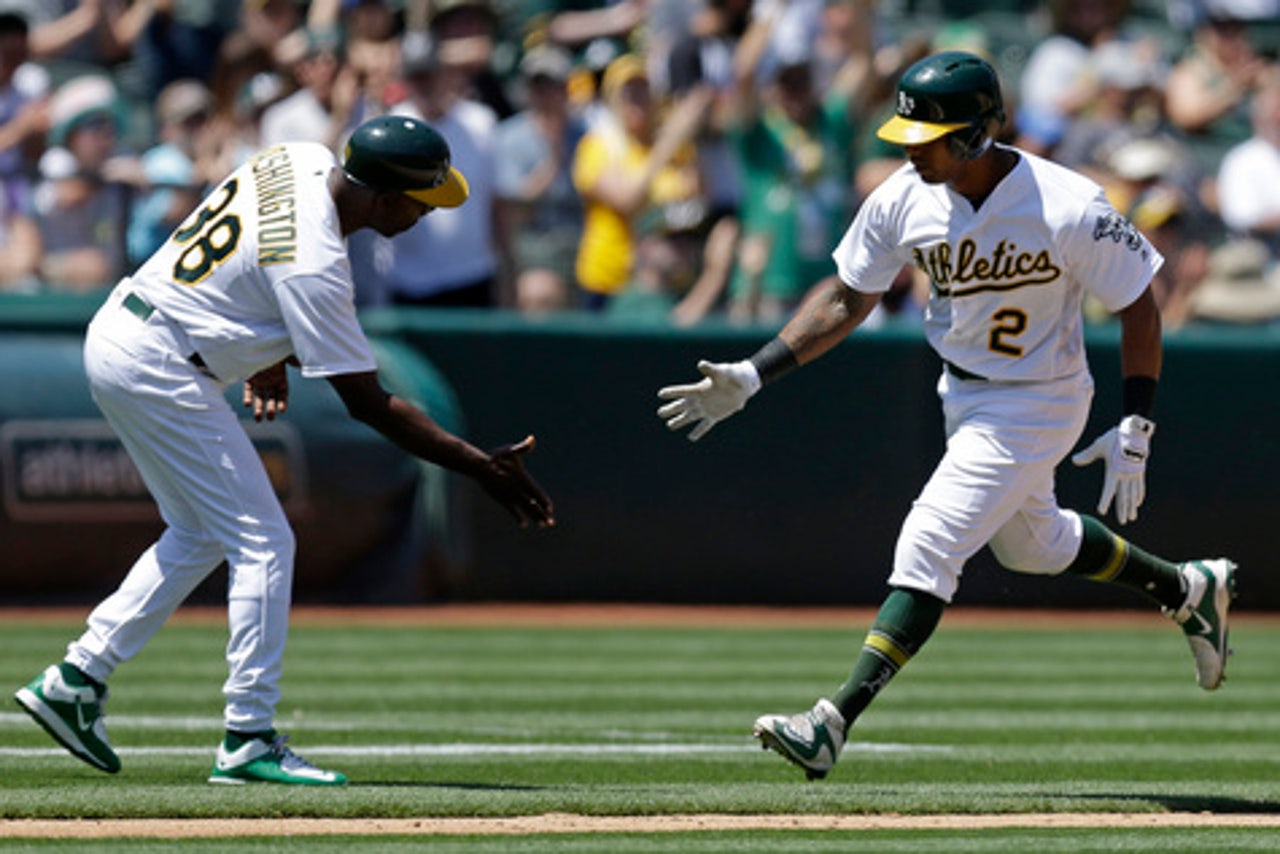 OAKLAND, Calif. (AP) Khris Davis and Danny Valencia have combined to hit 15 home runs this month and the Oakland Athletics are suddenly on a nice run after stumbling to open May.

Davis hit his fourth home run in two games, Valencia drove in two and the Athletics completed a three-game sweep of the Texas Rangers with an 8-1 win on Wednesday.

''We've been fortunate enough to hit the ball hard when we get a pitch to hit,'' Valencia said. ''It's been a lot of fun. The middle of the order is supposed to do some damage and right now we're doing it.''

Valencia and Davis each recorded their first three-homer games within three games of each other, not surprisingly during the A's recent hot streak.

''A lot of things are going right,'' A's manager Bob Melvin said. ''The rotation is suddenly getting us deep into games and we've been able to sustain the momentum.''

Marcus Semien had two hits and drove in two runs for the A's, who have won four straight and five of six overall. Yonder Alfonso, Tyler Landendorf and Coco Crisp also drove in runs.

Rich Hill (6-3) won for the first time at home, and his third straight, after giving up a run on three hits over his six innings. He walked one and struck out six.

''When you can go out and be consistent, that's the key,'' Hill said. ''It was great seeing the guys making awesome plays. It was a complete game. You can see it coming around.''

Davis hit a solo home run in the sixth, a day after hitting three homers, including a walk-off grand slam. He leads the majors with nine home runs and 20 RBIs in May.

''He's been amazing,'' Valencia said. ''We know how hard this is and he's making it look easy. It's pretty special.''

Martin Perez (1-4) gave up four runs on eight hits over seven innings. He walked two and struck out six and is winless over his last four starts.

''I couldn't find my rhythm early but I made some adjustments,'' Perez said. ''I just stayed back and threw the ball.''

Prince Fielder drove in a run for the Rangers, who have lost three straight. Fielder has seven RBIs over his last 20 games after driving in 14 in his first 16. Ian Desmond collected a pair of hits.

Rangers: IF Elvis Andrus served his one-game suspension that resulted from Sunday's Rangers-Blue Jays bench-clearing brawl on Tuesday night. He spent the day walking around San Francisco. ''There are a lot of stores there,'' he said. Andrus said he can't remember what happened Sunday. ''It was too fast,'' he said. ''Whatever I did doesn't matter. It's over with and I'm ready to move on.'' ... RHP Shawn Tolleson was removed from the closer's role for the time being, with RHP Sam Dyson taking over the role. ... RHP Yu Darvish is scheduled to make his fifth start on injury rehab assignment on Sunday for the Frisco RoughRiders. He's scheduled for six innings or 90 pitches. ... OF Shin-Soo Choo is expected to rejoin the team in Houston on Friday.

Athletics: RHP Henderson Alvarez played catch before the game to test a sore right shoulder. Alvarez said it was discomfort and not pain. An MRI performed was inconclusive and was sent to Dr. Andrews for evaluation. Andrews performed the surgery on Alvarez. A's manager Bob Melvin said there is no timetable for what happens next.