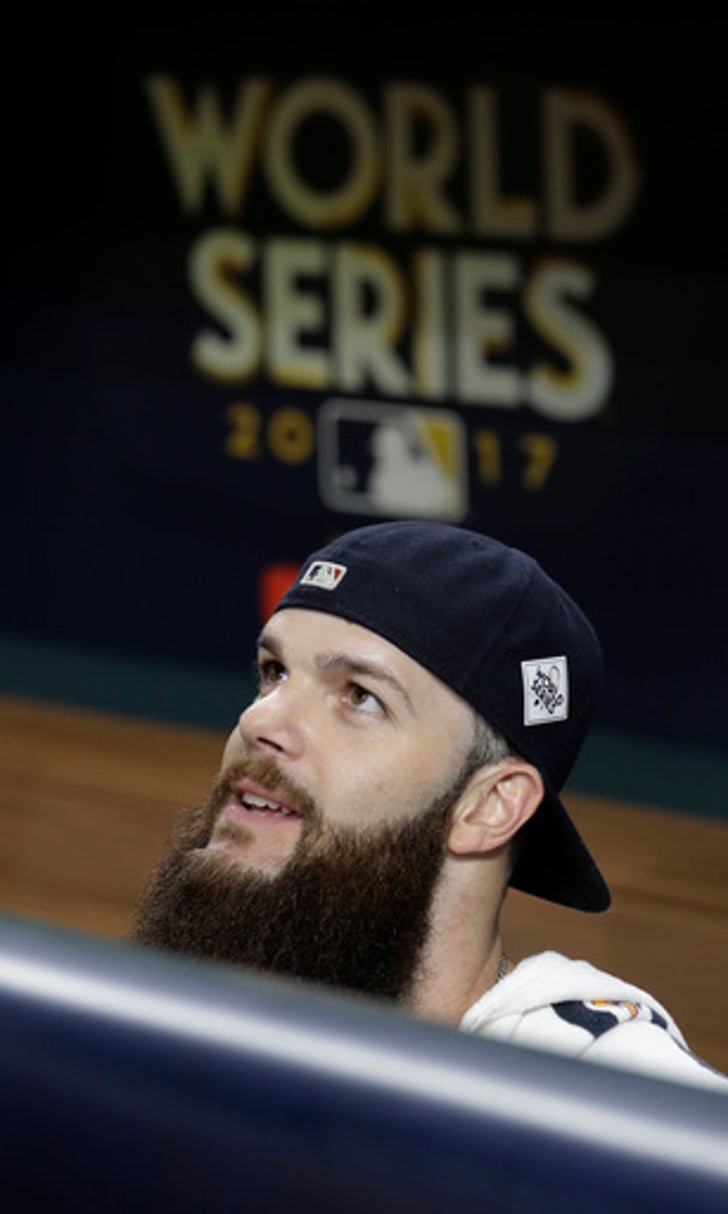 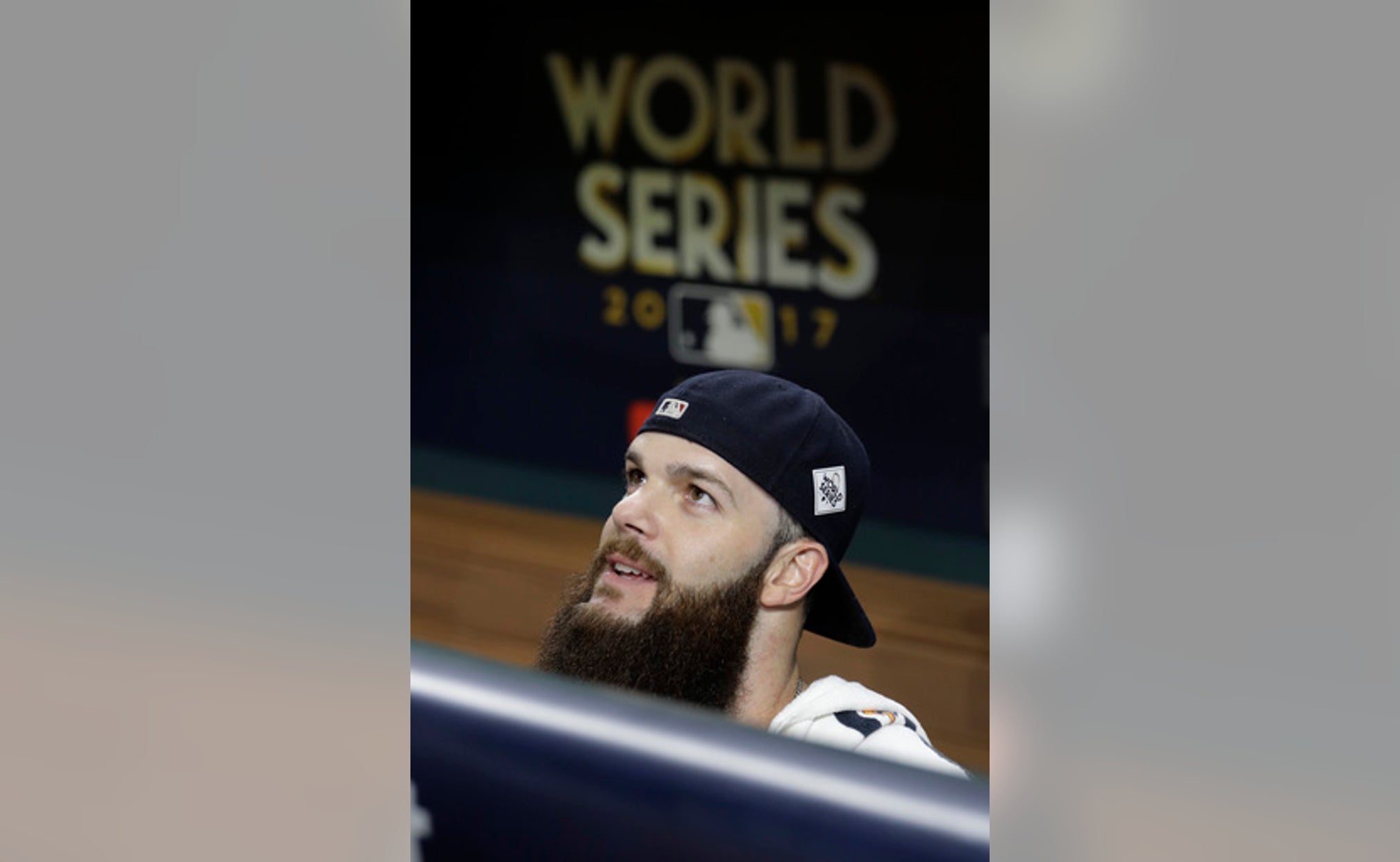 HOUSTON (AP) The hearty handshakes and hugs done in the middle of the diamond, Clayton Kershaw still had work to do.

So while his teammates cleared the field after a dynamic World Series win Saturday night, Kershaw trotted away and climbed atop the mound .

All alone, holding a ball in his bare hands and wearing a hoodie, the Los Angeles Dodgers ace went into the stretch. He looked toward home plate, then at second base, then did a half-leg lift.

Game 4 had just ended, and already Kershaw was set to deliver in Game 5.

Kershaw got an early start on what will be a marquee matchup at Minute Maid Park on Sunday night. He'll face Houston star Dallas Keuchel, with the Series tied at 2.

''I like where we're at,'' Dodgers manager Dave Roberts said. ''This Series up to this point, we've played four games, and there's been so many emotional swings, and we're dead even right now.''

''And it's a three-game series, and we've got our ace going tomorrow. So I know that in our clubhouse we feel good,'' he said.

Down in the late innings, the Dodgers rallied to beat the Astros 6-2. Kershaw turned from heady pitcher to head cheerleader, shouting from the top of the dugout steps when Cody Bellinger hit a go-ahead double in the ninth inning .

Next up is a rematch of the opener, when Kershaw outpitched Keuchel in a 3-1 win.

''Well, they're two pretty good teams. I don't think that's overstating anything,'' Astros manager A.J. Hinch said. ''So it probably doesn't surprise a ton of people that it's 2-2. How the games have gone, where we've won or where they've won can always be debated.''

Keuchel figures he already has one advantage for his upcoming start - warming up, he'll be able to spot his catcher.

It was 103 degrees at Dodger Stadium for the first pitch in the opener. Keuchel felt the heat while he threw to catcher Brian McCann before the game.

''Physically, I felt great. The only thing that bothered me was the sun, it was literally in my face in the bullpen,'' he said.

''I had never been at Dodger Stadium for a 5 (p.m.) game before. Couldn't even see McCann or the plate warming up,'' he said.

Part of the home-field advantage, probably. While Keuchel loosened up in the sun, Kershaw was in the shade.

With the retractable roof closed at Minute Maid Park, the elements won't be an issue this time.

Kershaw was in total control when they met Tuesday night. He threw seven shutout innings, giving up three hits while striking out 11 without a walk, improving to 3-0 this October.

Keuchel kept it close in the matchup for Cy Young Award-winning lefties. He pitched 6 2-3 innings and allowed three runs, giving up home runs to Justin Turner and Chris Taylor.

In the open air, the crowd was loud at Dodger Stadium. At Minute Maid, the sound is amplified indoors.

''It's always more than I expect. And when I think about it in my head it's one way, but then it's actually better each and every time,'' Keuchel said.

''It was pretty impressive at Dodger Stadium to see all the white and blue. And I could only spot five or six orange Astros shirts or jerseys. So to replicate that here back in Houston is amazing,'' he said.

A charged setting, at both ballparks.

''Each game is in and of itself, Game 7-type atmosphere for us,'' Kershaw said before this win.