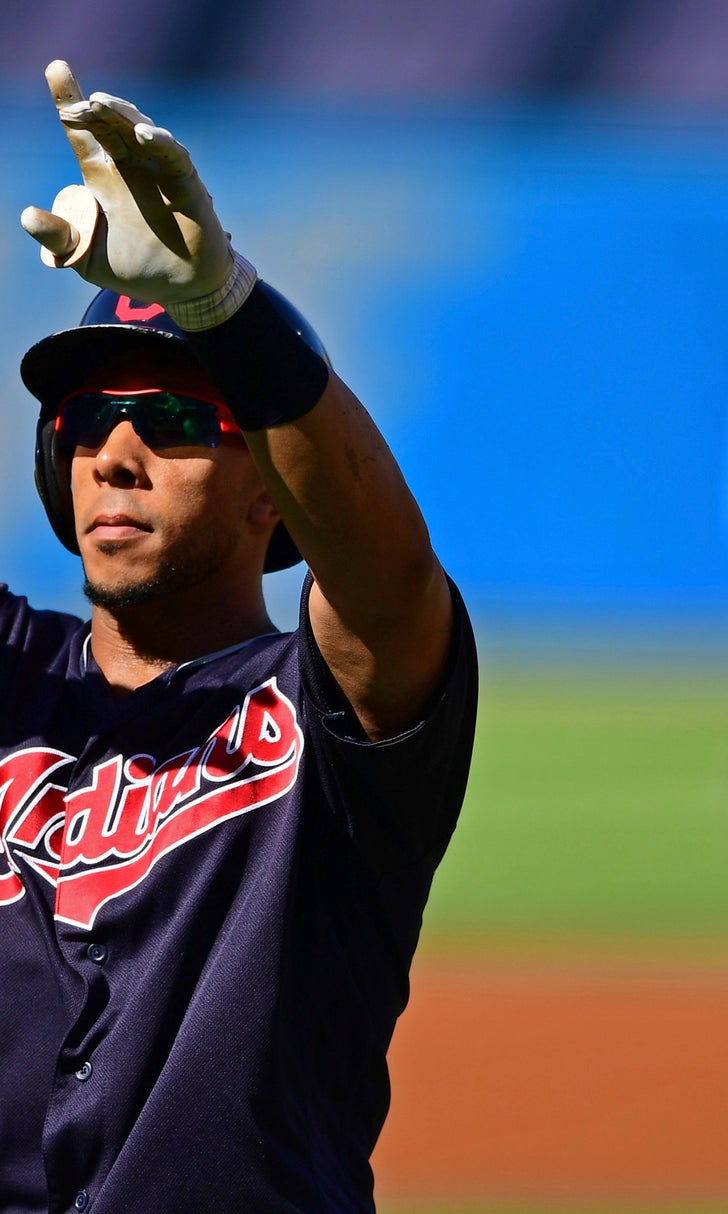 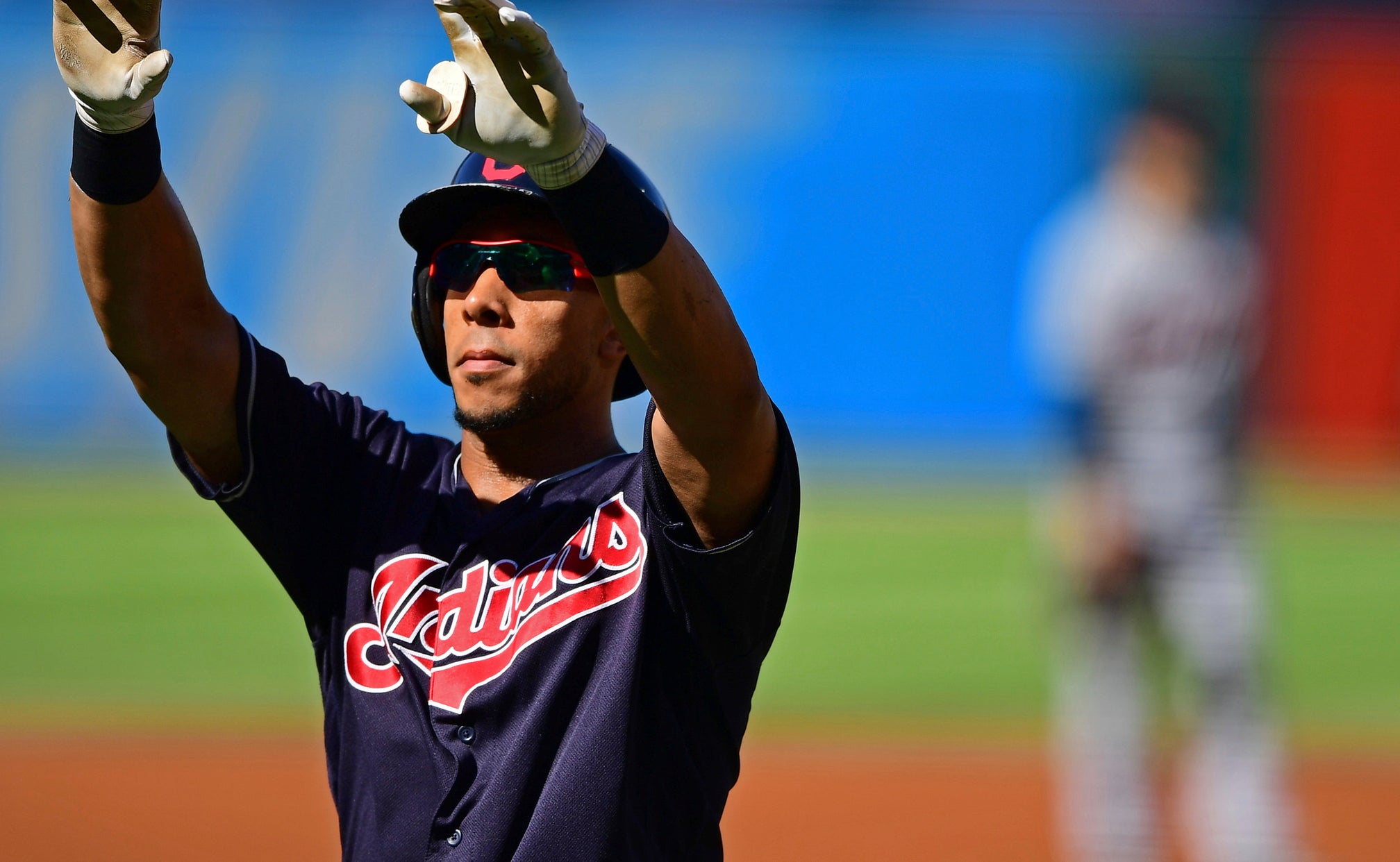 CLEVELAND (AP) — With ski googles perched on his head, Michael Brantley stood in the middle of Cleveland's rocking clubhouse just a few from a bin overflowing with dozens of empty beer and champagne bottles.

The party was in full swing on Saturday. So were the Indians.

And as he watched his teammates target each other with foamy fluids, Brantley wanted to cherish an AL Central championship that seemed preordained.

"I'm savoring every moment of this," Brantley said after the Indians won their third straight division title on Saturday. "This never gets old to me. This is a lot of hard work that this group has put in to get to this point. It's all well-deserved, well-earned, and I'm glad to be a part of it."

Unchallenged for months, the Indians scored 11 runs in the first two innings and rolled to a 15-0 rout over the Detroit Tigers, who made four errors, managed only two hits and proved to be no match for the Indians since April.

Neither were the Minnesota Twins, Chicago White Sox or Kansas City Royals, who have spent the last three seasons staring up in the standings at the Indians.

Francisco Lindor and Brantley connected for back-to-back homers in the first inning off Michael Fulmer (3-12), Jose Ramirez had three hits and the Indians became the first team this year to clinch a division championship.

It's the initial step toward an October when Cleveland will try to win its first World Series since 1948 — the longest drought in the majors. After so many close calls, the Indians believe this is their year.

"It's really nice," Lindor said. "We understand we still have a long way to go. We had an idea we were going to be in the postseason for a week now, but still, it feels good to celebrate, give that little teaser to all the guys, like, 'This is what could happen if you continue to win.'"

Cleveland's current three-year reign in the Central is the club's longest since winning five straight from 1995-99.

Mike Clevinger (12-8) allowed one hit in six innings, and Yonder Alonso added a two-run homer as Cleveland's offense awakened from a late-season slump.

The lone blemish for the Indians was an injury to designated hitter Edwin Encarnacion, who rolled his right ankle while rounding second base in the fourth. But Encarnacion looked fine afterward as he Ramirez, Lindor and others took turns soaking each other in celebration.

The Indians removed any suspense about whether they would clinch by scoring six times in the first, the outburst triggered by the shots from Lindor and Brantley off Fulmer, who was pulled after five pitches because of knee inflammation.

Lindor's 35th homer was also the All-Star's eighth leading off, breaking the club record he shared with Grady Sizemore (2008). Brantley followed with his 16th homer and the rout was on.

Cleveland's clinching had been a foregone conclusion.

The Indians were expected to win one of baseball's least competitive divisions and did so with ease. They moved into first on April 21, took a double-digit lead for good on Aug. 8 and pulled away. But while the standings show a runaway, the Indians, who have had their eyes on the upcoming postseason since blowing a 2-0 lead to the Yankees in the 2017 Division Series, have had their share of adversity.

There have been injuries, personal setbacks and a serious health scare that fortunately ended up being only that.

While it appeared easy, it was anything but.

For manager Terry Francona, the chance to watch his players revel in their success was bigger than any of the team's 83 wins so far this season. This is their reward.

"I want the guys to enjoy it, too, because sometimes they're young and they think they're going to do it all the time, and you don't," he said. "So, enjoy the heck out of it. We'll let 'em blow off some steam tonight and we'll probably have a little bit of a different lineup tomorrow."

Victor Martinez was overcome with emotion during a pregame ceremony to celebrate his years with the Indians. Detroit's DH plans to retire following his 18th season, ending a career that began with Cleveland in 2002.

"It's like my mom says, 'We'll always have that team in your heart,'" said Martinez, who spent nearly eight seasons with the Indians.

Tigers manager Ron Gardenhire and Francona have been on both sides with Martinez.

"He's one of the reasons why I'm working for the Detroit Tigers now, instead of the old team I used to work for," said Gardenhire, who managed Minnesota from 2002-14. "When he was here he killed us. We couldn't get him out."

Francona called Martinez "one of the nicest guys in the game and one of the most professional hitters, great teammate."

Fulmer exited after giving up the homers to Lindor and Brantley with a right knee injury he sustained while stepping off the mound on a Lindor bunt attempt.

"None of his pitches after that had any life, like they normally do," catcher James McCann said. "That's why I called Gardy. He begged to stay in the game, but his health is more important than anything."

Fulmer left the clubhouse without speaking to reporters.

Tigers: CF JaCoby Jones left with right shoulder tightness in the fourth after crashing into the center-field wall and diving for a blooper.