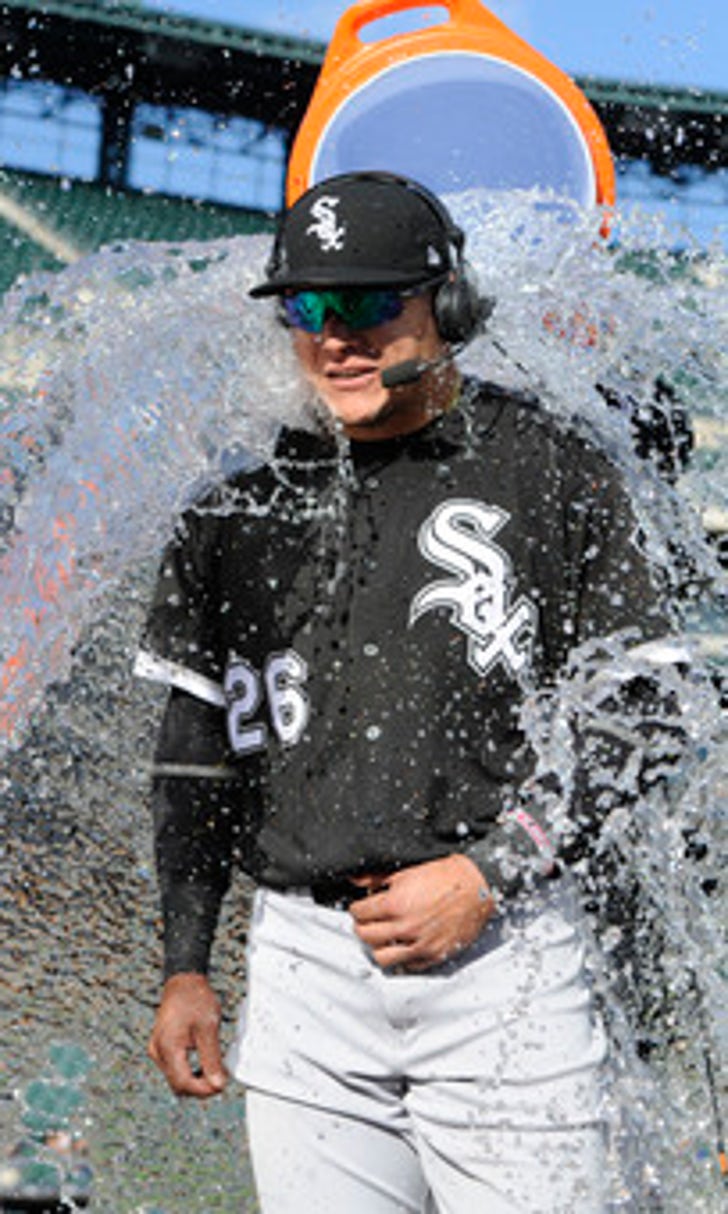 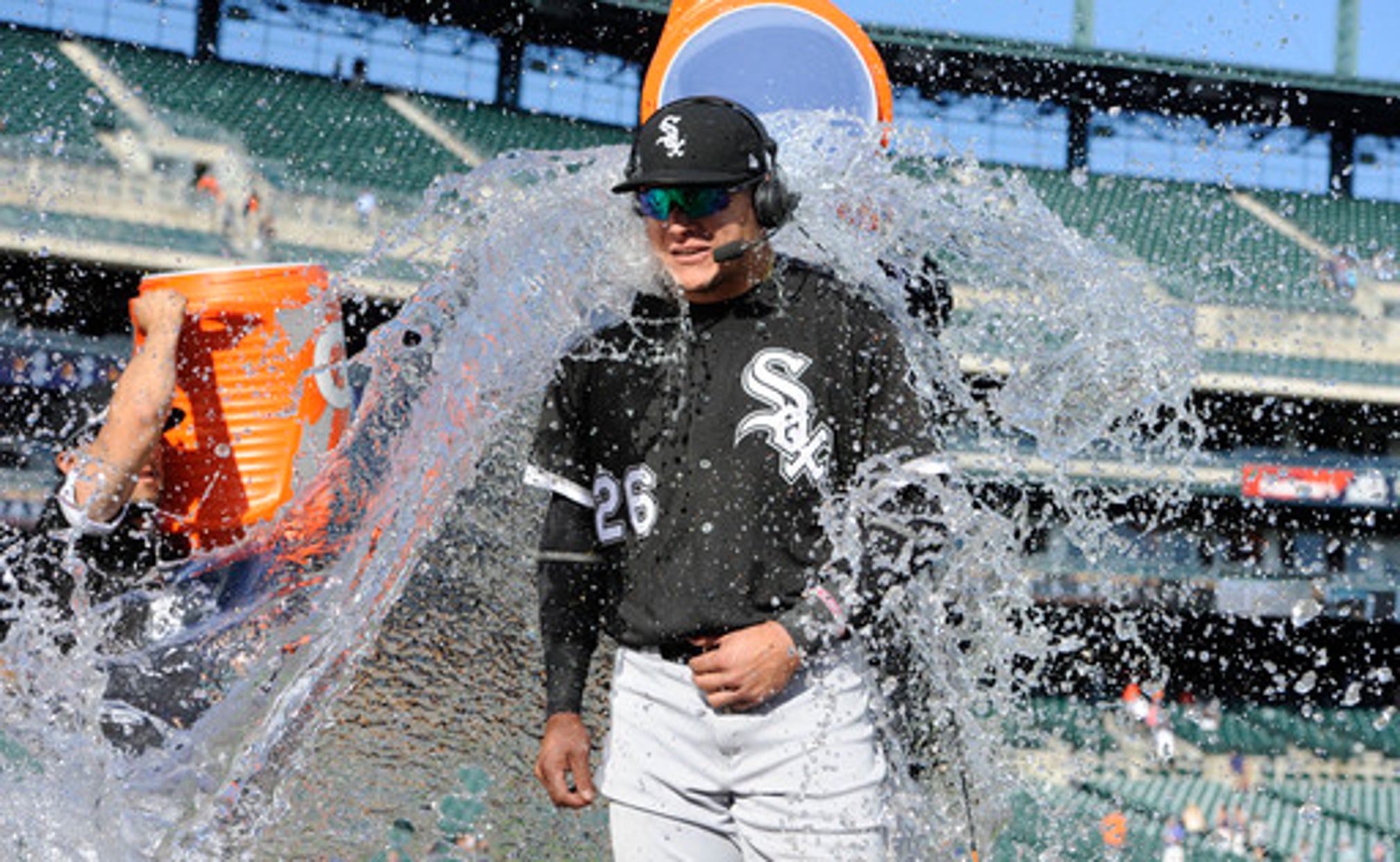 DETROIT (AP) In the middle of the best game of his young career, Chicago White Sox rookie Yoan Moncada still got a short lecture from his manager.

With two outs in the sixth and the White Sox holding a comfortable seven-run lead over Detroit, the second baseman didn't get to a grounder by JaCoby Jones, keeping the inning alive Thursday. Jose Iglesias followed with an RBI double.

Manager Rick Renteria immediately made sure Moncada knew he had made a mistake.

''I told him that he had been too lackadaisical on that ball,'' Renteria said. ''He already knew - he was disgusted with himself about it.''

That was about the only thing the 22-year-old did wrong on an afternoon when the White Sox got 25 hits and routed the Tigers 17-7. Coming into the game hitting .207, Moncada got four hits, including a homer, walked twice and scored five runs.

''I knew the results would validate my approach,'' Moncada said through a translator. ''I just needed to keep doing what I was doing, and today proved I was right.''

Moncada is 10 for 19 in his last four games after switching to using Jose Abreu's bats.

''He saw I was having trouble, and suggested I use his bats, which are a little smaller,'' he said. ''My swing feels more fluid and I feel stronger.''

He had a chance to become the first White Sox player to reach base seven times in a nine-inning game, but struck out in the ninth.

Avisail Garcia also homered as part of a big game, setting career highs with five hits and seven RBIs in the ballpark where he started his career.

The White Sox posted their highest hit total since getting 26 against Baltimore in 1981. The modern major league record for hits in a nine-inning game is 31, by Milwaukee in 1992 and the New York Giants in 1901.

Jose Abreu added four hits for Chicago, which has won five of six.

Miguel Cabrera, Ian Kinsler, Nicholas Castellanos and Jeimer Canderlario homered for Detroit. The Tigers got six extra-base hits to Chicago's four, but lost their sixth in a row.

''There was a lot of offense in that game, that's for sure,'' Tigers manager Brad Ausmus said. ''Unfortunately, most of it belonged to the White Sox.''

The Tigers have given up 10 or more runs five times in September, and have been outscored 48-16 in their current losing streak. That's why Ausmus wasn't surprised to see a small crowd - announced as 26,743, but not nearly that big - for a weekday afternoon game.

''This is a great baseball town - maybe the best I've ever been in - but they want winners,'' he said. ''It's just not as much fun to come and watch a team lose, so they don't.''

''That's not a streak that ever bothered me, because the team won a lot of those games,'' he said.

''Our guys were seeing the ball really well today, so I've got to go out there and put up some zeroes,'' he said.

Moncada was the second batter of the game, and he hit a solo home run to get the White Sox going.

Tim Anderson, who had three hits, had a two-run single in the fourth that put Chicago ahead 4-2. Garcia hit a three-run homer to cap a four-run sixth that made it 10-2.

The Tigers used eight pitchers, and six of them gave up runs.

Tigers: OF Mikie Mahtook (groin) could return this weekend after being out since Sept. 8.

Tigers utilityman Andrew Romine has played eight positions in his career, missing only catcher. He might get a chance to fill that void in the next week, as he and manager Brad Ausmus have discussed the possibility of him playing all nine positions in a game.

Romine has been getting tips from his brother, Yankees catcher Austin Romine. Ausmus said he wants to discuss it with Renteria or Oakland manager Bob Melvin to make sure they have no objections to Romine doing it against their teams.

Garcia raced across the diamond moments before the game to embrace Willie Horton, who works as a special assistant to Tigers general manager Al Avila. The 74-year-old, who played for the Tigers from 1963-77, is the only non-Hall of Famer honored with a statue at Comerica Park.

''I was so lucky to meet him when I was in the minor leagues, because he gave me great advice,'' Garcia said. ''All though my time in Detroit, he was always there to help me.''

The teams continue their four-game series on Friday night, with Detroit's Anibal Sanchez (3-4, 7.43) facing Carson Fulmer (2-1, 6.00). Because of trades and injuries, every member of Detroit's current five-man rotation has an ERA of at least 5.75.