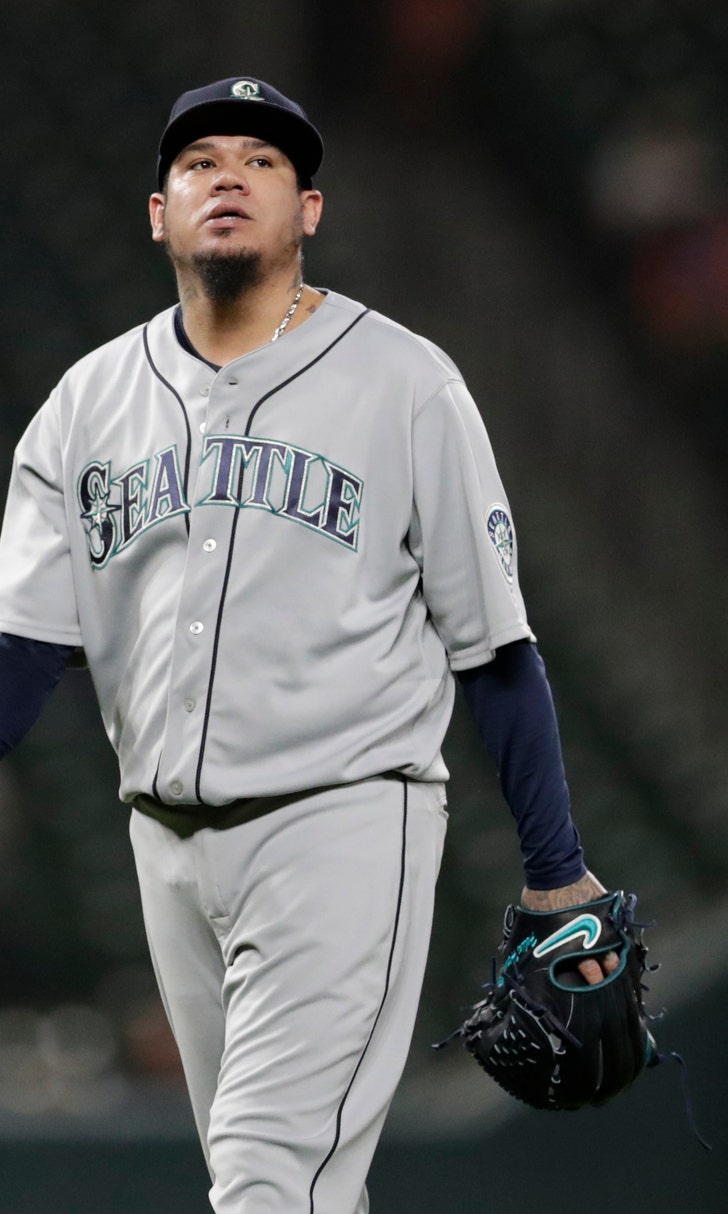 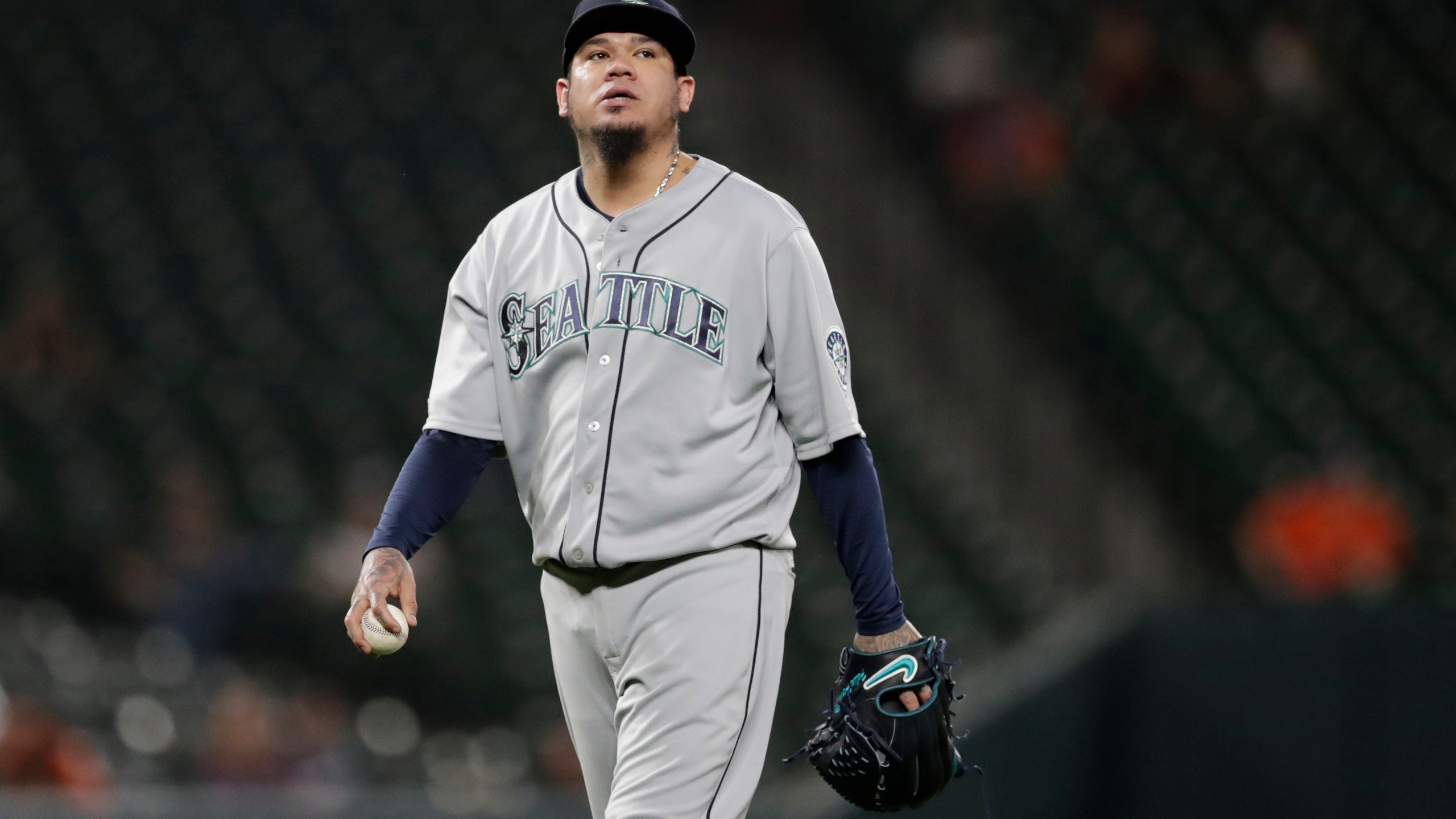 Hernández struggles for Mariners in 5-3 loss to Orioles

BALTIMORE (AP) — Félix Hernández isn't getting emotional as the end of the season draws closer. Given what's transpired, he probably can't wait for it to be done.

Come next year, Hernández expects to pitch far more effectively — even if it's not for the Seattle Mariners.

Hernández labored through five innings in what was likely his penultimate start with Seattle, and the Baltimore Orioles got home runs from Anthony Santander and Hanser Alberto in a 5-3 victory on Friday night.

Seattle rookie Kyle Lewis hit a two-run homer in the first inning, and Hernández (1-7) gave the lead back in the bottom half after throwing just eight pitches.

It's been a rough season for Hernández, who missed 3 ½ months with a shoulder injury and has gone 13 starts since his lone victory on April 1. The seven-year contract he signed in 2013 expires after this season, and the rebuilding Mariners are unlikely to bring back the six-time All Star and 2010 Cy Young Award winner.

Thus, the future appears uncertain for Hernández beyond his start next week in Seattle.

Hernández knows this much: If he has anything to do with it, it won't be his last time on the mound.

"I don't want to retire yet. I think I can go out there and compete against anybody," he insisted. "It was a tough year with my shoulder. But if I get healthy, I can compete."

Hernández made his debut with the Mariners as a 19-year-old in 2005 and has spent his entire career within the organization while earning the nickname "King Felix."

Looking to build on his previous outing, in which he limited the White Sox to one run over seven innings, Hernández got off to a miserable start.

Jonathan Villar singled, Trey Mancini walked and Santander homered over the center field wall. A double and wild pitch ensued before Baltimore's first out of the game, a run-scoring grounder by Austin Hays, made it 4-2.

"It was a tough first inning," Hernández said. "I didn't even know that ball was out of the ballpark. I thought it was a fly ball. After that, I kept making pitches and I got through five. So I'm happy with that."

Lewis doubled and scored in the fourth, but Alberto homered in the bottom half to restore the two-run cushion.

"I give him credit. He hung in there and got through five innings, which after the first three hitters, I didn't know if that was going to be the case or not," manager Scott Servais said. "He righted the ship."

Playing in his 10th major league game, Lewis hit his sixth home run and raised his batting average to .325.

"That was the best we've seen Brooksie all year," manager Brandon Hyde said. "That was three pitches for strikes, really in control the entire time."

It was the longest outing by an Orioles reliever since Arthur Rhodes went seven innings against Kansas City in July 1995.

Trey Mancini has been named the Orioles Most Valuable Player in 2019, as voted by the media that regularly cover the team.

"It's not a surprise to me," Hyde said. "Well deserved. He's had an amazing year."

Mariners: OF Mitch Haniger (ruptured testicle) appears done for the season. He has not played since June 6 and "still has a few issues going on," manager Scott Servais said. "Obviously, we're at the point in the season where it doesn't look great for him getting back on the field."

Orioles: RHP Asher Wojciechowski (3-8, 5.38) starts on the mound, five days after ending an eight-start winless streak with a victory at Detroit.