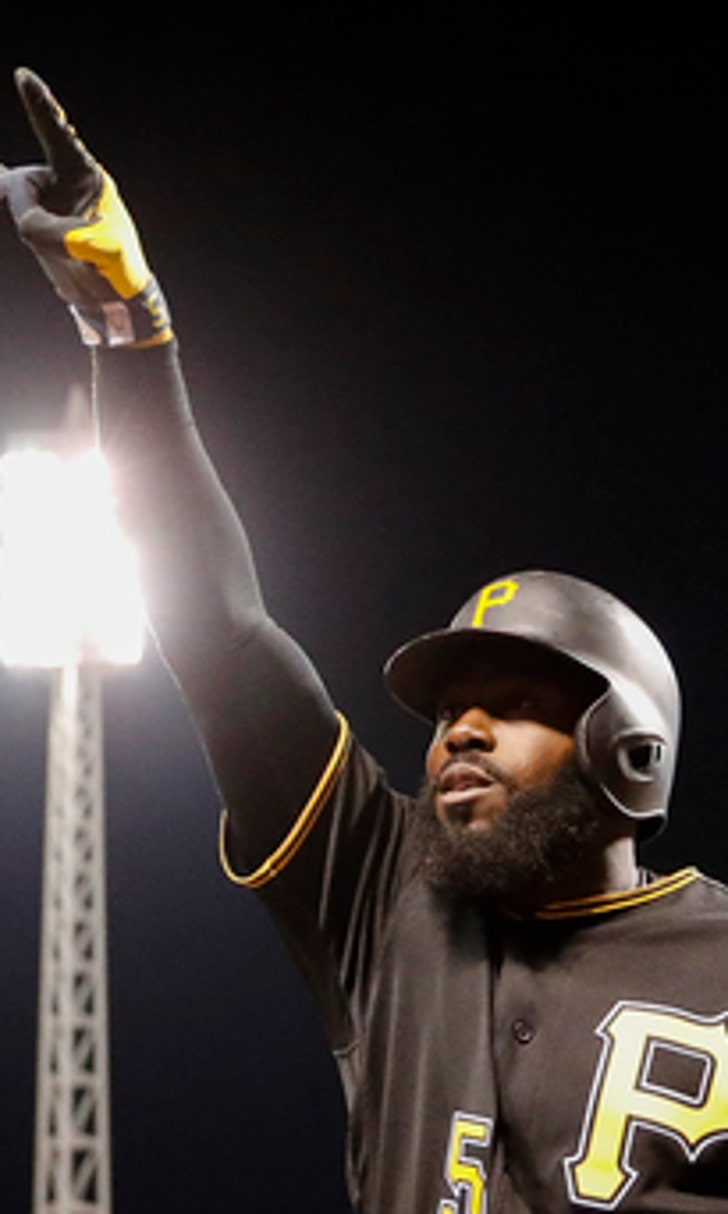 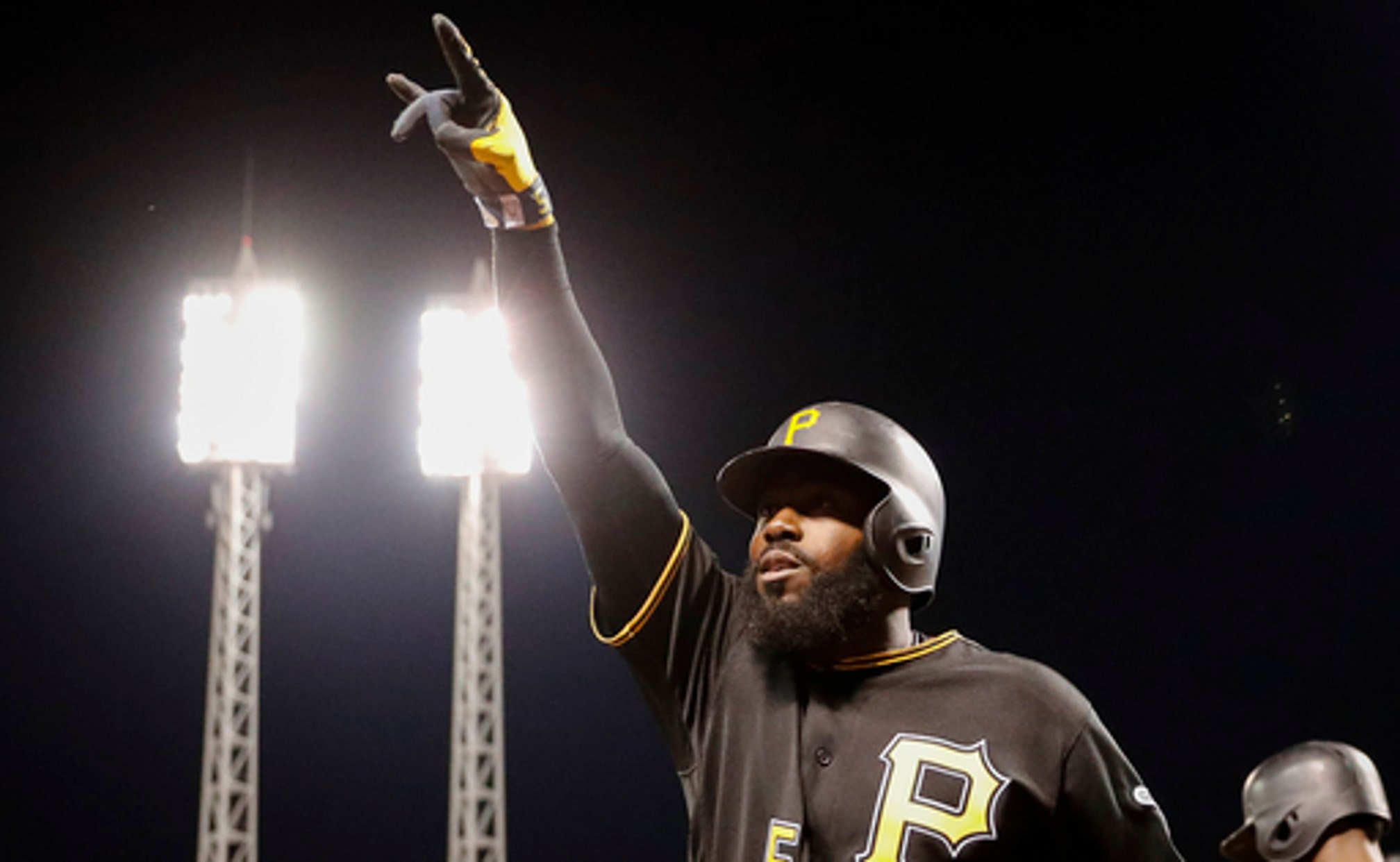 CINCINNATI (AP) The Cincinnati Reds took advantage of some sloppy play by the Pittsburgh Pirates on Monday night.

The Pirates managed just three hits while being charged with two errors, both of which led to unearned runs in the Reds' 4-3 victory in 10 innings.

Tucker Barnhart walked with one out in the 10th. Arismendy Alcantara pinch-ran for him and went to second on Daniel Hudson's (0-1) errant pickoff attempt.

After a groundout, Billy Hamilton lined a double to right, giving the Reds consecutive wins for the first time since completing a four-game winning streak on April 12.

''It was big for me when it got to two strikes,'' Hamilton said. ''I didn't want to strike out in that situation. It was big for Arismendy to get to second base.''

Adam Duvall had a three-run home run for the Reds.

''It comes down to execution at this level - at every level,'' Pirates manager Clint Hurdle said. ''We made enough mistakes to lose by one run. Three hits on a night challenges you.''

Harrison, a Cincinnati native playing before about 10 of his family and friends, tied it at 3-3 with his second homer of the game, a two-out solo shot into the left field seats off Drew Storen in the eighth inning.

The key to hitting two homers is simple for Harrison.

''I'd like to have gotten him up another time,'' Hurdle said.

The performance was a vast improvement over his previous start at Milwaukee, where he allowed eight hits - including three home runs - and 10 runs in 3 1/3 innings.

''Obviously, he was better than in his last start,'' Hurdle said. ''I think the low strike zone helped. He changed speeds. We weren't able to square him up.''

''It was a good bounce-back game for me,'' Garrett said. ''Everything was up last game, and I didn't know why. I just went about my routine. I didn't work on anything. I just had a good bullpen between starts.''

Manager Bryan Price considered it just another lesson for the rookie left-hander.

''You learn a lot about young pitchers after they've been kicked in the teeth,'' Price said. ''It's a difference-maker, how they respond to adversity.''

Harrison's second home run of the game got Gerrit Cole off the hook. The Pirates starter went into the game 0-6 with a 5.44 ERA in eight starts against Cincinnati, including 0-3 with a 4.55 ERA in five starts at Great American Ball Park.

McCutchen hit his fourth homer of the season into the left field seats with two outs in the first inning. Harrison added his third, an opposite-field shot to right, leading off the sixth.

Hamilton led off the sixth by reaching on an error by second baseman Phil Gosselin - the fourth time in the first six innings that the Reds got their leadoff batter on base.

After Hamilton's third stolen base of the game, Joey Votto drew a one-out walk, setting up Duvall's eighth homer of the season. Duvall has five home runs and 13 RBIs over his past 11 games.

After promoting C John Bormann from Class A Bradenton on Sunday as an emergency backup with Francisco Cervelli dealing with a balky right foot, the Pirates optioned Bormann back to Bradenton and recalled Elias Diaz from Triple-A Indianapolis on Monday. Cervelli remains active.

Billy Hamilton went 2-for-5 with three stolen bases on Monday against Pittsburgh, improving his performance in his past 11 games against the Pirates to .396 (19-for-48) with 11 stolen bases, going back to April 30, 2016.

Pirates: Despite stitch marks, some swelling and discomfort in his right knee, RHP Chad Kuhl doesn't expect to miss his next start, scheduled for Friday. Kuhl left Sunday's game at Miami after getting hit on the knee by Dee Gordon's sharp one-hopper.

Reds: LHP Tony Cingrani, out since April 21 with a strained right oblique, could resume throwing this week, manager Bryan Price said on Monday. Cingrani has a 1.93 ERA in five relief appearances.

Pirates: RHP Tyler Glasnow (0-1, 7.98), who allowed five earned runs in 1 2/3 innings in a start against Cincinnati on April 10, is Pittsburgh's scheduled starter on Tuesday.

Reds: RHP Scott Feldman (1-2, 3.25) is scheduled to make his first start against Pittsburgh since 2010 on Tuesday.