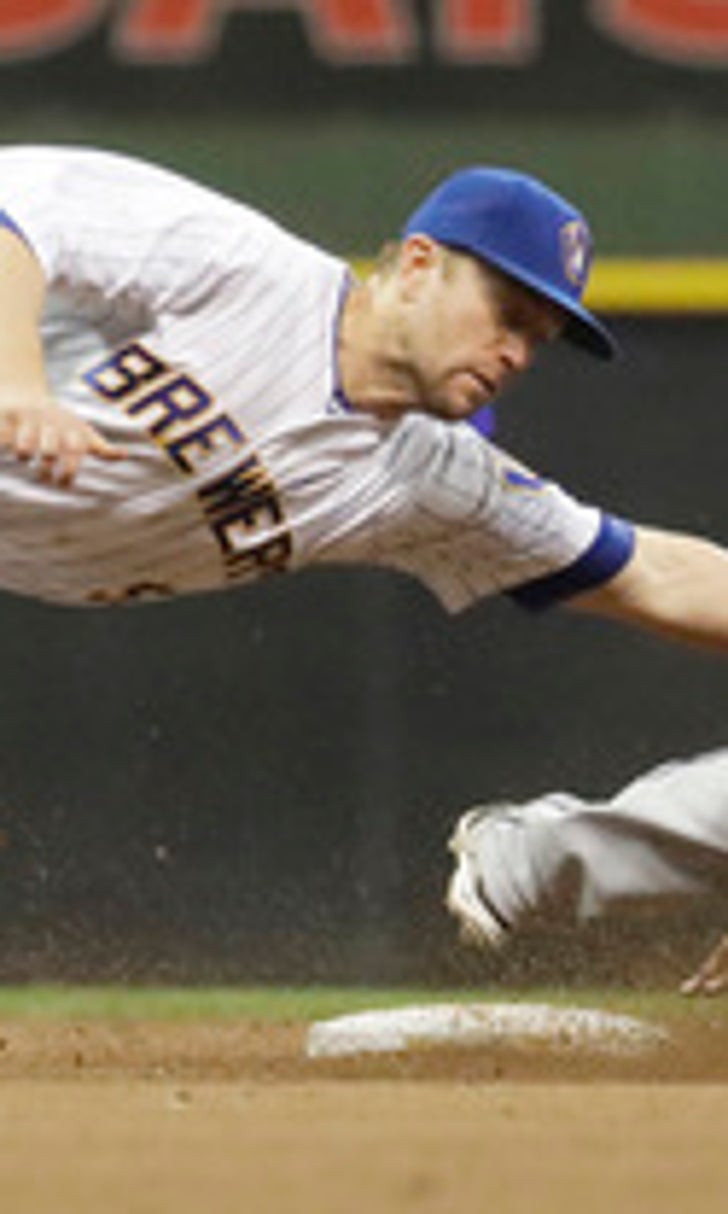 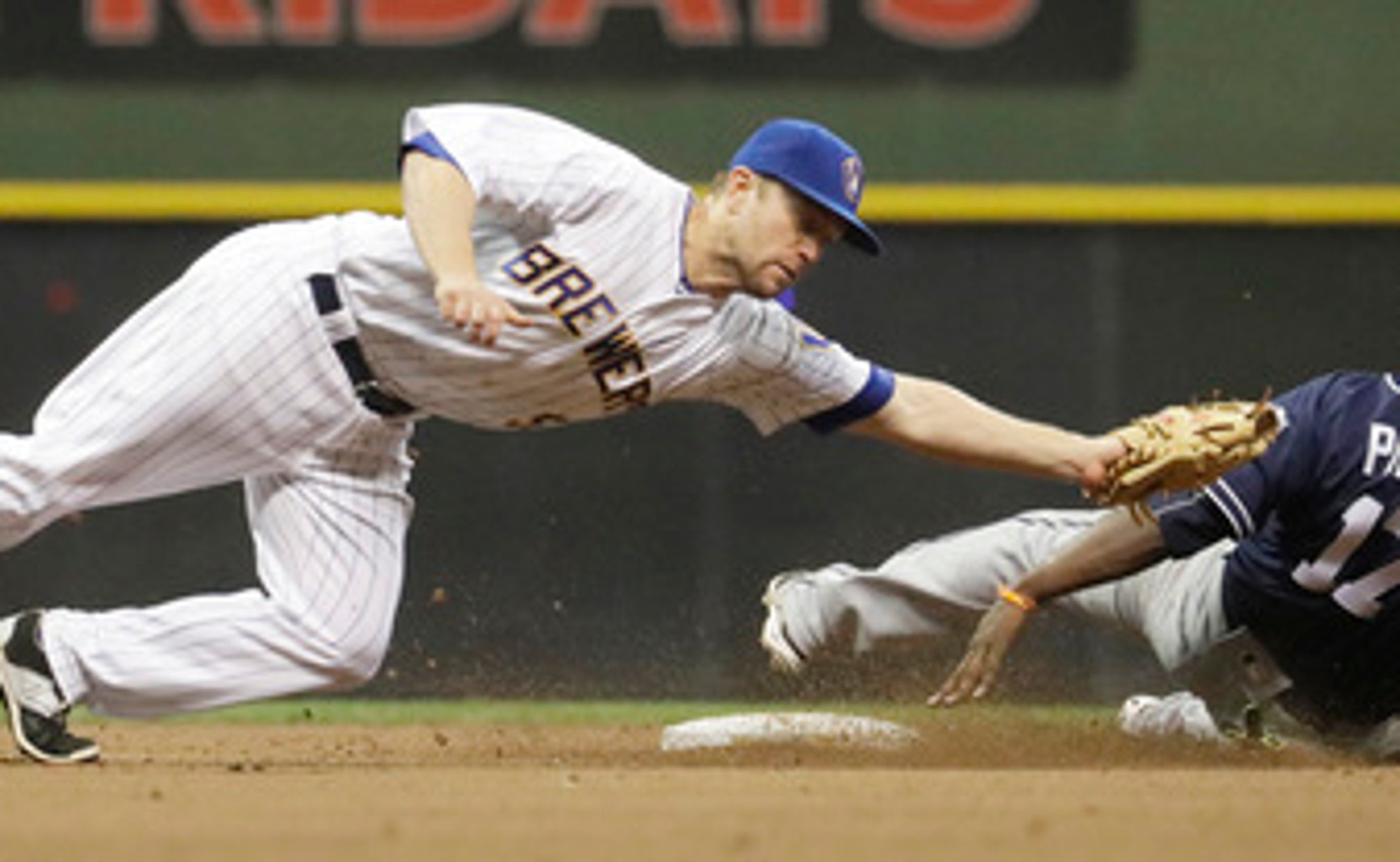 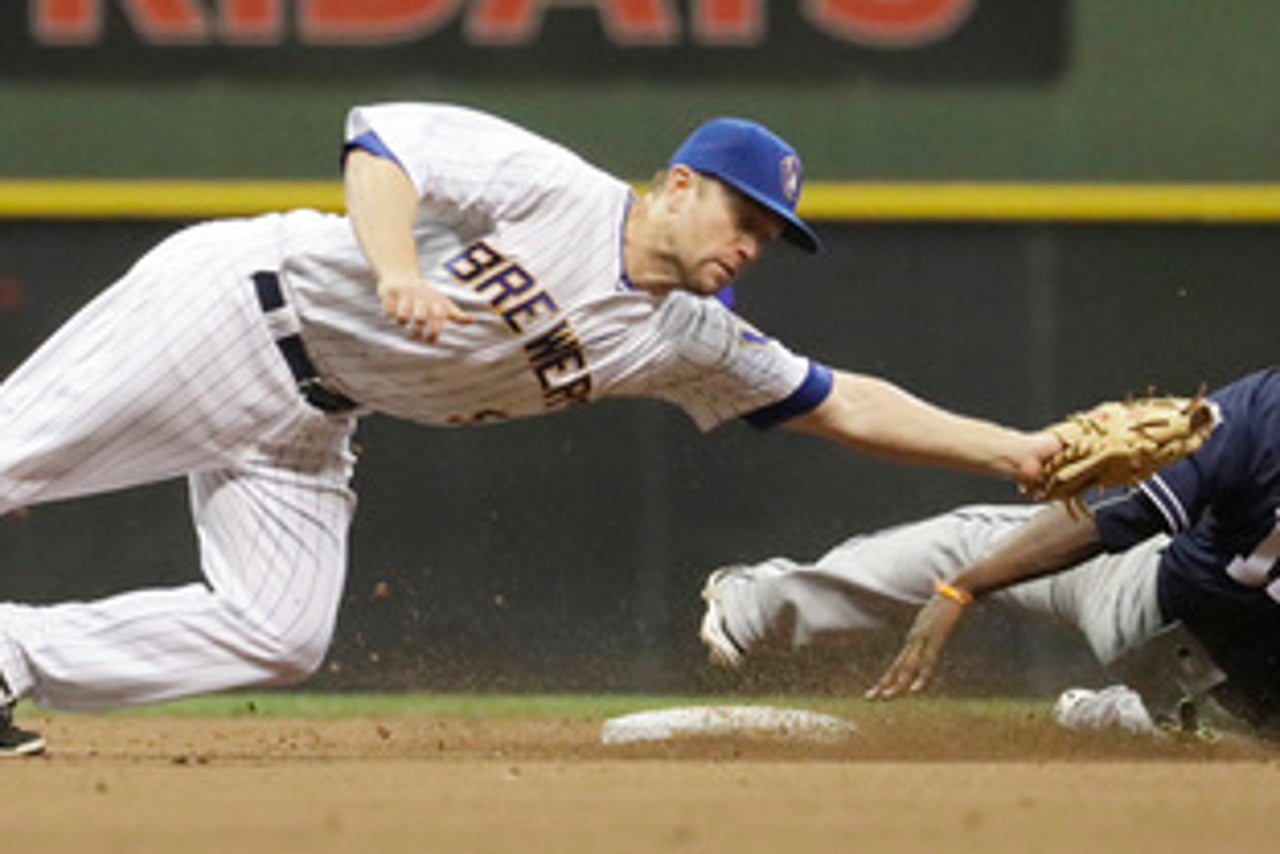 MILWAUKEE (AP) Milwaukee's starting rotation is getting a lift from a journeyman right-hander who pitched in Italy just two years ago.

Junior Guerra is making a strong case for staying in the majors.

He pitched six innings of two-hit ball on Friday night, leading the Brewers to a 1-0 victory over the San Diego Padres.

Making his third career major league start, Guerra (2-0) shut down one of the National League's lighter-hitting teams. He struck out four and walked two before three relievers finished the three-hitter.

''You've got to keep learning - three outings isn't enough,'' Guerra said through an interpreter when asked if he has proven that he belongs in the big leagues. ''You've just got to keep improving, keep working hard, and see whatever happens.''

Guerra came out victorious in an unlikely, low-scoring duel with Christian Friedrich, who allowed four hits and walked six in six innings in his Padres debut after being promoted from Triple-A El Paso.

The Brewers scored on Chris Carter's sacrifice fly in the first, snapping a 23-inning scoreless streak by Padres pitching.

''We had a pretty good first inning against Friedrich and he did a nice job the rest of the way,'' Milwaukee manager Craig Counsell said.

Wiggling out of jams all night, the left-hander stranded the bases loaded in the third and retired the side in order just once.

''He had a little trouble settling in,'' manager Andy Green said. ''I thought he did a lot better when he started spinning the baseball more. I think he was a little fastball dominant in the first inning.''

At least the Padres held Ryan Braun hitless in three at-bats, snapping his 12-game hitting streak. Braun, who is hitting .367, was also intentionally walked in the third.

Guerra's well-traveled route through professional ball includes stints in an independent league, along with time in the Mexican League in 2012 and in Italy in 2014. He caught on with the White Sox organization last season, when he pitched three games in relief in the big leagues.

Guerra was claimed off waivers by the Brewers on Oct. 7, the first transaction in general manager David Stearns' tenure.

''If this was meant to be, you've got to take advantage of it now,'' Guerra said about getting his big league shot.

Despite the missed opportunities at the plate, the one-run lead was safe with a Brewers bullpen that is lights-out with the lead in late innings.

Jeremy Jeffress finished with a strikeout for his ninth save, preserving Guerra's best start since he was called up on May 3 from Triple-A.

San Diego's best scoring opportunity came in the fifth, when Adam Rosales doubled to the left-field wall with one out before moving to third on a wild pitch. Guerra struck out Friedrich and got Jon Jay to bounce out.

Guerra also picked up his first major league hit with a single up the middle in the third.

Padres: Green hoped starting pitcher Andrew Cashner would miss the minimum amount of time after going on the disabled list Friday for a strained right hamstring. The right-hander last pitched on Sunday, taking the loss when the Padres fell 3-2 to the New York Mets. ''He is back, making a start, I think we are looking at him the 24th in San Francisco,'' Green said. ... C Derek Norris might be out of the starting lineup for a couple days after getting hit on the left hand by a pitch on Thursday, though Green said he would be available to pinch-hit.

Brewers: LHP Will Smith smiled after throwing off a mound for the first time since the reliever sprained his right knee in spring training. Smith, who is on the 15-day disabled list, was supposed to share closing duties with right-hander Jeffress.

Padres: Green will pick someone from the bullpen to take Cashner's scheduled start on Saturday, though he said which reliever he would use would depend on who pitched in Friday's game.

Brewers: RHP Wily Peralta (2-4) will try to make a second straight quality start in what has otherwise been a tough beginning to the season.