Chris Stewart and the San Francisco Giants stole a page out of San Diego's playbook to beat the Padres.

Stewart drove in the go-ahead run with a suicide squeeze in the 11th inning, then pounced on a bunt moments later to start a slick double play that helped the Giants hold off San Diego 4-3 on Sunday.

San Francisco stole six bases, and Emmanuel Burriss scored the tiebreaking run after his second of the game.

San Diego, which ranks last in the National League in runs, entered second in the majors and leading the NL in stolen bases with 94. The Giants came in near the bottom of the league with 53.

''We played a little of their type of baseball today,'' Stewart said. ''We got runners on base however we could, stole a base, advanced to third on the error. We were able to put pressure on them and come away with a big run.''

Giants manager Bruce Bochy never hesitated when it came time to call for the suicide squeeze with Stewart at the plate.

''We had the right guy up there to get a bunt down,'' Bochy said. ''We had speed at third. If they pitch out, they get you. If not, (they) can't defend it. Stew put down a perfect bunt.''

It was a rough day for San Diego catcher Kyle Phillips, who along with Padres pitchers, allowed the six stolen bases. It was also Phillips' throwing error on Burriss' second steal that put the Giant at third base to set up the squeeze.

And finally, it was Phillips who bunted into a double play while attempting to sacrifice runners from first and second with nobody out in the 11th.

''I made a couple of good throws and I made a couple of bad throws,'' he said. ''I didn't have a good game. I had a chance to redeem myself late in the game, but I couldn't get the bunt down. Things didn't go our way.''

Burriss, who entered as a pinch-runner in the ninth, reached on a one-out single off Chad Qualls (4-3) in the 11th. Burriss stole second and continued to third on Phillips' throwing error into center field.

With the infield in, Qualls pitched out on his first delivery to Stewart, who stayed in the game after pinch-hitting in the ninth. But on a 3-1 count, Stewart laid down a perfect bunt to easily score Burriss.

''Overall, that's not our game,'' Bochy said. ''We're trying to be (creative). We should be able to steal more bases and do some other things to help get some runs across.''

Javier Lopez (5-1) pitched two innings for the win and Brian Wilson wriggled out of a jam in the 11th for his 28th save in 32 chances.

Wilson walked his first two batters and Phillips tried to advance them with a bunt in front of home plate. Stewart quickly popped out of his crouch and fired to third baseman Pablo Sandoval, who relayed to first for a 2-5-4 double play that fired up the Giants' infield.

''That double play was electric,'' Bochy said. ''We're in trouble there with first and second and nobody out. Both Stew and Pablo weren't content with just one out and it saved us.''

San Francisco, which has won seven of its last nine games, took three of four in the series. It was the eighth time the clubs have played each other in the last 11 games.

The Padres have lost eight of nine.

San Diego's Orlando Hudson hit a two-run, go-ahead single in the sixth inning to take advantage of a mistake by catcher Eli Whiteside.

With one out in the sixth and Everth Cabrera at the plate, Matt Cain threw a pitch in the dirt that Cabrera swung at and missed for strike three. But plate umpire Marvin Hudson ruled that Whiteside didn't catch the ball. While Cabrera took off for first base, Whiteside held up his glove, indicating he had caught the ball, while he argued with Hudson.

By the time Whiteside threw to first, Cabrera beat the throw on what was officially ruled a passed ball.

Cameron Maybin followed with a single and the Padres loaded the bases when Ryan Ludwick was hit on the hand by Cain's fastball. Hudson then singled in two runs to put the Padres ahead 3-2.

The Giants tied the game in the seventh when Whiteside reached on a fielder's choice, stole second and scored on Andres Torres' single.

The Padres scored an unearned run in the first after Will Venable led off with a walk and went to third on a fielding error by second baseman Mike Fontenot on Cabrera's grounder. Venable scored one out later on Ludwick's sacrifice fly.

San Francisco tied the score at 1 in the second after consecutive singles by Nate Schierholtz and Aubrey Huff to start the inning followed by Cody Ross' sacrifice fly.

Schierholtz had a run-scoring single in the sixth for a 2-1 lead.

NOTES: Cain is 5-1 with a 2.01 ERA in his last nine starts. ... Padres SS Jason Bartlett was placed on the paternity leave list. San Diego recalled Cabrera from Triple-A Tucson. ... Padres 3B Chase Headley missed his second straight game with a strained right calf. 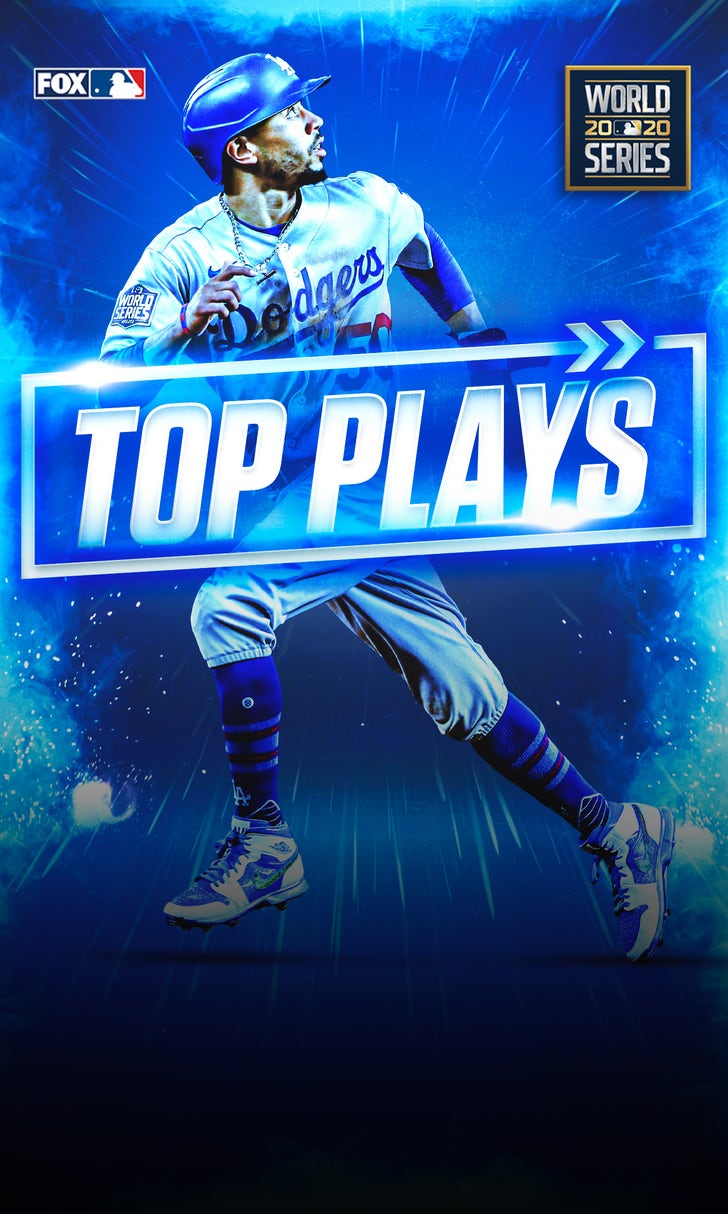 World Series Top Plays: Game 4
The Dodgers are off to a hot start in Game 4 once again. Check out all the top plays live.
20 mins ago

World Series Watch Party: Game 4
Hang out with Nick Swisher, Rick Ankiel and Ben Verlander as they answer your questions live!
36 mins ago

Dodgers Bounce Back Thanks To Buehler
L.A. reclaimed the momentum in Game 3 vs. the Rays, while Randy Arozarena's last-chance homer mattered more than you think.
21 hours ago