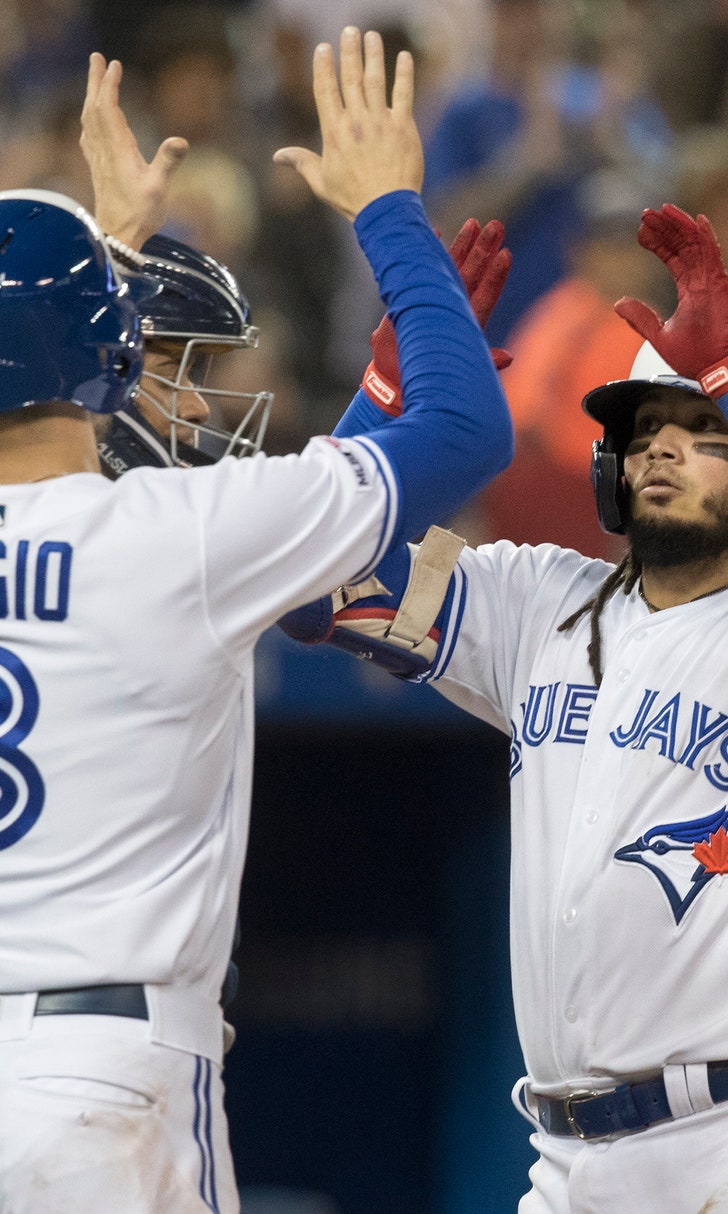 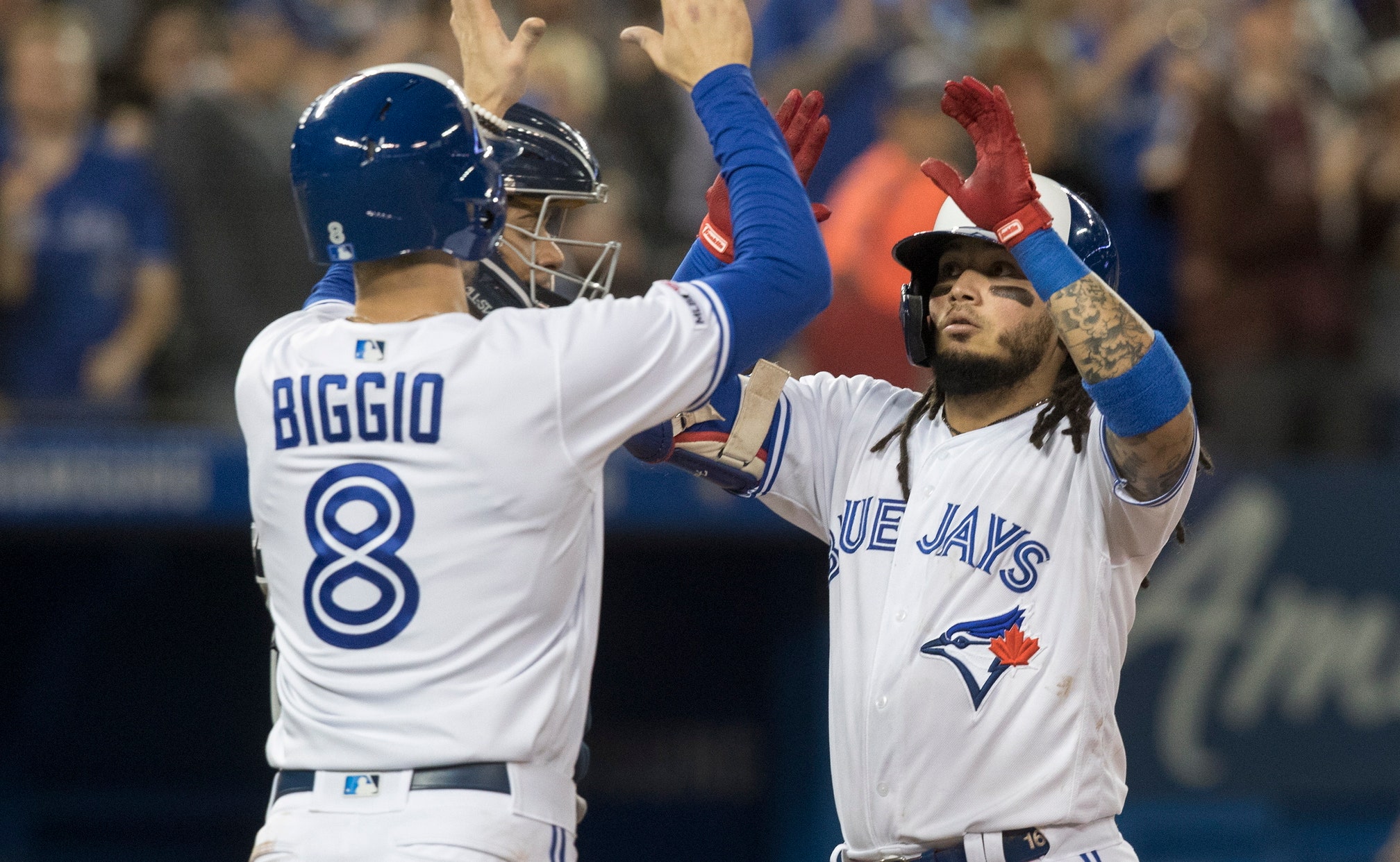 TORONTO (AP) — A rare off night by the offense left the New York Yankees back-to-back losers for the first time in more than a month.

"We needed that one," Galvis said

Clint Frazier and Aaron Hicks homered for the AL East-leading Yankees, whose last consecutive defeats came April 30 and May 1 at Arizona. The Yankees lost 8-5 to Boston on Sunday.

New York failed to score at least four runs for the first time in 15 games, a streak that began May 19. The Yankees went 1 for 12 with runners in scoring position and left 11 on base.

Toronto closer Ken Giles struck out Gleyber Torres with two on in the ninth to wrap his 11th save, and Eric Sogard had three hits as the Blue Jays won for the first time since beating San Diego on May 26. Toronto went winless on a six-game trip to Tampa Bay and Colorado.

"It's a lot better when we win," Blue Jays pitcher Clayton Richard said. "It's a lot more fun. We can listen to music and have a good time together."

The Blue Jays scored just three total runs in their final two losses in Colorado, but they topped that with a four-run fifth against right-hander Masahiro Tanaka.

"The home run ball hurt him on a couple of hanging sliders," Boone said. "That was kind of the difference tonight."

Frazier opened the scoring with a two-run drive off left-hander Clayton Richard in the fourth, his 11th. Earlier in the day, Frazier expressed a mix of defiance and remorse in his first public comments since three defensive mistakes in the last innings of a loss to Boston last weekend.

Frazier said his homer "felt good," and was "much-needed," but denied using the discussion around him as fuel.

"I don't need motivation through articles that are written," he said.

Grichuk halved the deficit with a leadoff drive in the fifth, his 10th.

Cavan Biggio followed with a walk and was initially ruled out on an attempted steal of second, but the call was overturned following a video review. One batter later, Galvis gave the Blue Jays the lead with his ninth home run. He is blast snapped an 0-for-16 slump.

Sogard hit a two-out double and made it 4-2 when he scored on a base hit by Vladimir Guerrero Jr.

"Any time you beat teams like that, they're big wins," Blue Jays manager Charlie Montoyo said. "You have to play your A-game and we did tonight."

Hicks homered off Joe Biagini in the eighth, his second.

Guerrero has at least one hit in five straight games and is batting .368 (7 for 19) in that span.

Yankees: C Gary Sánchez remained in the game after being struck on the left arm by a bat in the second. ... OF Giancarlo Stanton (left biceps strain, left shoulder) got nine at-bats in a simulated game and went through running drills at the team's minor league complex in Tampa, Florida. Stanton played catch and fielded grounders in right field with Aaron Judge, who has been sidelined since April 21 by a strained left oblique. ... RHP Luis Severino (right shoulder) made 50 throws from 60 feet Monday is expected to do the same Wednesday. There's no date for Severino to throw off the mound. ... RHP Dellin Betances (right shoulder) is expected to face live hitters in Tampa on Wednesday.

Blue Jays: RHP Trent Thornton (1-4, 4.53) makes his first career start against the Yankees. Thornton has not earned a decision in his past three outings.