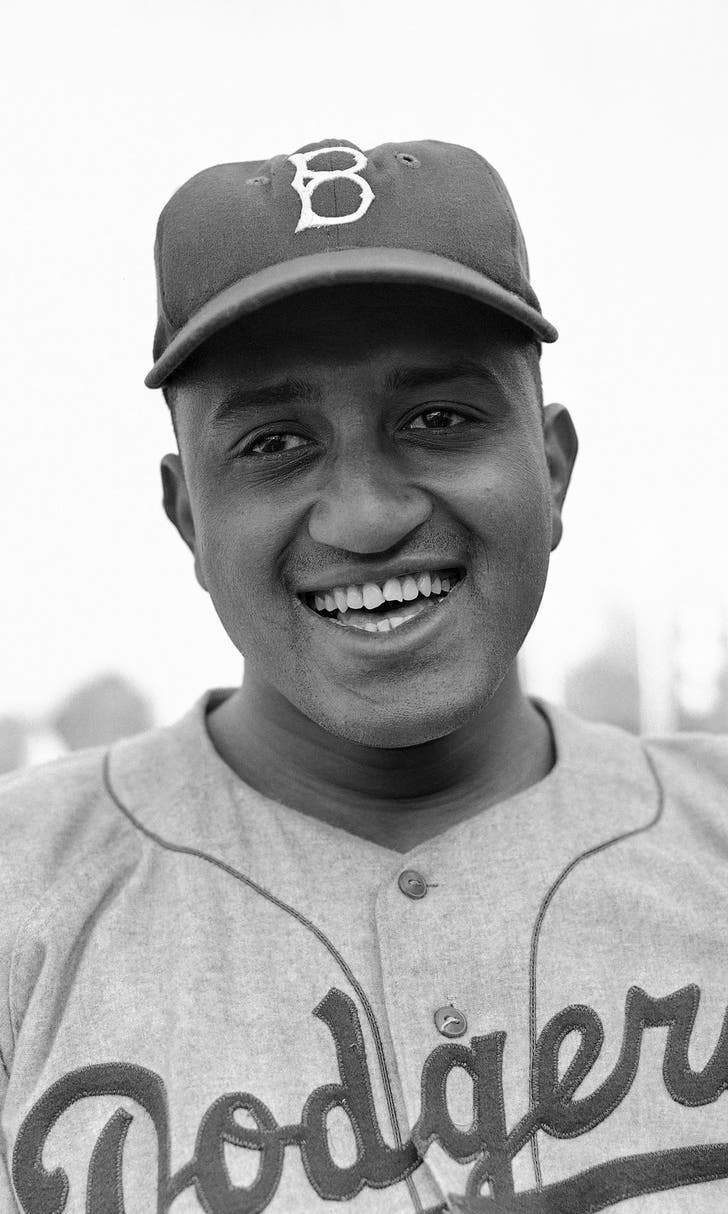 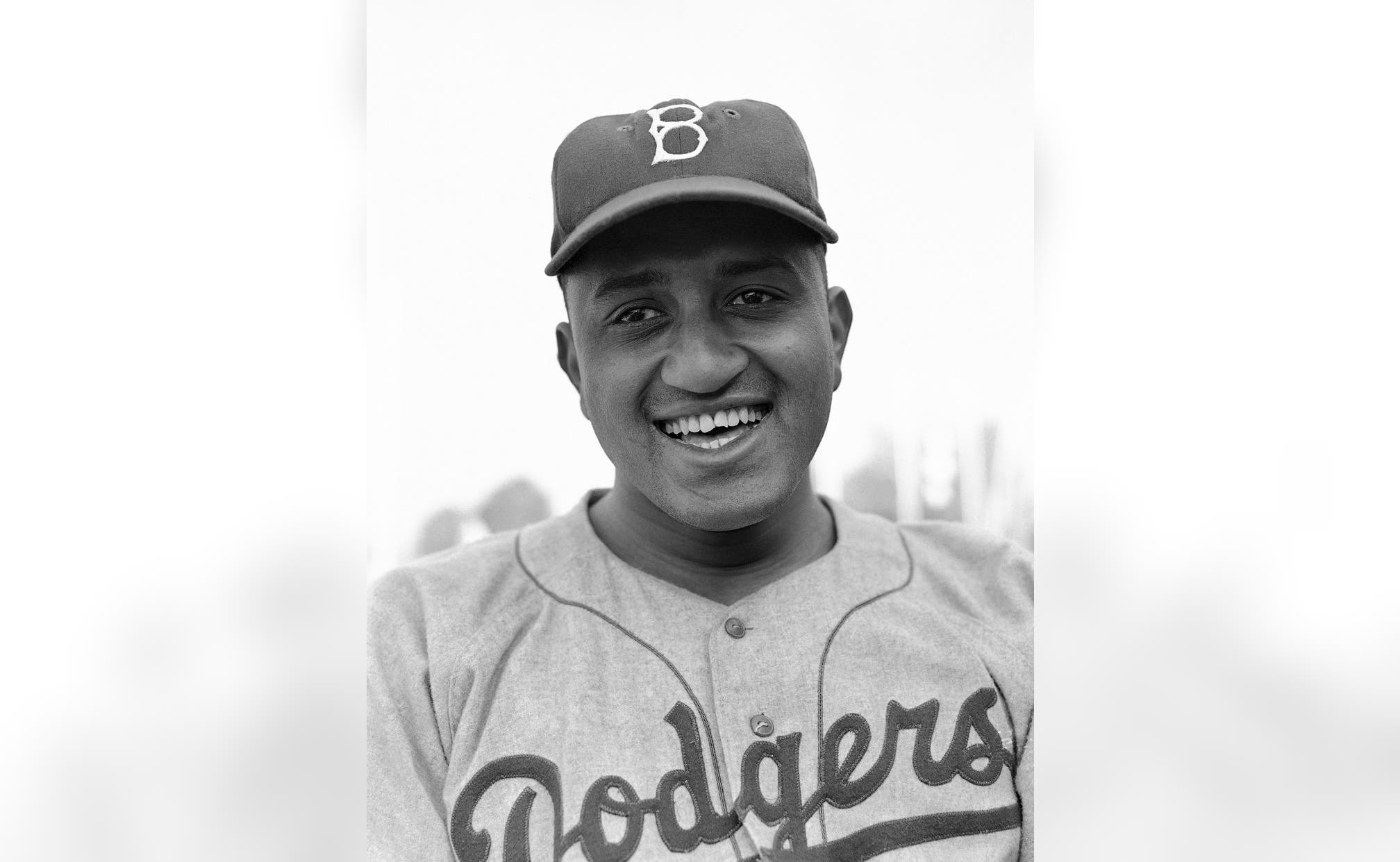 LOS ANGELES (AP) — Don Newcombe, the hard-throwing Brooklyn Dodgers pitcher who was one of the first black players in the major leagues and who went on to win the Rookie of the Year, Most Valuable Player and Cy Young awards, has died. He was 92.

The team confirmed that Newcombe died Tuesday morning after a lengthy illness.

"Don Newcombe's presence and life established him as a role model for Major Leaguers across the country," Dodgers President Stan Kasten said. "He was a constant presence at Dodger Stadium, and players always gravitated to him for his endless advice and leadership. The Dodgers meant everything to him, and we are all fortunate he was a part of our lives."

Newcombe, like Dodgers teammate Jackie Robinson, was signed by Branch Rickey from the Negro Leagues and went on to make a huge mark in the major leagues.

"Newk" was a fierce presence on the mound, a 6-foot-4 and 225-pound bear of a man who stared down hitters and backed up anyone foolish enough to crowd the plate.

He was a four-time All-Star and won 20 games three different times.

"Don Newcombe had a ton of talent and he was a great competitor," former Dodgers manager Tommy Lasorda, who was a teammate of Newcombe's, said in a statement. "He was a helluva pitcher and he was one of the best hitting pitchers I have ever seen."

His greatest year was 1956 when he went 27-7 and won both the Cy Young Award, then only given to one pitcher for both leagues, and the National League MVP award.

"He was a powerhouse. I don't think he really got enough credit for his overall performance," said former teammate Carl Erskine. "He threw a fastball that had great location and a curveball that was a short, hard breaking pitch."

Newcombe, Robinson and catcher Roy Campanella were a trio of black stars for the Dodgers who often supported each other.

"We came up with a strategy," Newcombe later recalled. "We knew the impact we were attempting would have. We had to endure. (Robinson's) character, his backbone, his guts — those were the keys. Jackie was the leader under Mr. Rickey."

The three talked frequently, Campanella and Newcombe from the Dodgers' Nashua, New Hampshire, farm team and Robinson from Brooklyn.

"We talked about how things were going," Newcombe said. "What if somebody charged the mound on me? What would I do? Nobody did.

"I remember in the New England league, a catcher threw dirt in Roy's face. He said, 'If you do that again, I'll personally take your arm out of its socket.' They challenged us. They did anything they could to break down the idea."

Born June 14, 1926, in Madison, New Jersey, Newcombe pitched in the Negro Leagues starting in 1944 at age 18. In 1945 he had an 8-3 record with the Newark Eagles and won the attention of the Brooklyn Dodgers organization.

In 1989, at a reunion of Negro League greats, Newcombe gave a speech in Atlanta where he reflected on his experience.

"I wish that in some few words I could wipe away that pain you've suffered so long because you have skin this color," he said. "We know that we would not be here today if it were not for the Negro Leagues. I thank God I had the chance to walk shoulder to shoulder with you."

Dodgers manager Dave Roberts said Newcombe was a friend and mentor who had a great impact on his life.

"What he did for baseball, as being one of the first African-American players, his career with the Dodgers and how he impacted the organization," Roberts said after spring training workouts in Glendale, Arizona. "Sharing stories about Jackie Robinson and his plight helped me and furthered my education on our history, so we lost a great man, a great Dodger today."

When asked if he shares Newcombe's history with current players, so they understand his accomplishments and his sacrifices, Roberts said, "Absolutely, Don was around a lot for games and he would spend time with our players individually and as a team. So, for his legacy to live on, through me, through other players is paramount."

Dodgers reliever Kenley Jansen was close with Newcombe and said he was at Jansen's wedding.

Newcombe played in Nashua of the New England League and for teams in Montreal, Venezuela and Cuba before joining the parent club in 1949.

Newcombe, Robinson and Larry Doby of the Cleveland Indians became the first black players to appear in an All-Star game that season, when the Dodgers hosted the mid-season contest at Ebbets Field.

On July 8, 1949, Newcombe and Hank Thompson of the New York Giants became the first black pitcher and hitter to face each other in a major league game.

In 1950 Newcombe went 19-11, and in 1951 went 20-9, but he failed to win the season's most important game. He was the starting pitcher in the decisive playoff series between the Dodgers and the Giants, and he held a 4-1 lead going into the ninth inning. But he gave up three hits to the first four batters and was replaced by Ralph Branca, who quickly achieved baseball infamy when Bobby Thomson lofted a pennant-winning home run, "the shot heard 'round the world."

Like many ballplayers of his generation, Newcombe lost some prime years to military service, giving the Army the 1952 and 1953 seasons. "Wait until next year" had become a virtual mantra in Brooklyn as the Dodgers won the National League title in 1947, 1949, 1952 and 1953, only to lose the World Series every time.

Then came 1955, "the year next year finally came" in Brooklyn parlance.

The Dodgers finally beat the Yankees in the World Series and Newcombe went 20-5 during the regular season, winning 18 of his first 19 decisions. On the day of his 20th win he hit his seventh home run of the season, a National League record for a pitcher at the time.

But Newcombe always struggled in the postseason. He lost the first game of the 1955 series to the Yankees and was passed over in favor of Johnny Podres after preparing to pitch in Game 7. He was 0-4 with an 8.59 ERA in career World Series appearances.

In his MVP year of 1956, Newcombe became the first black pitcher to lead either league in wins. Brooklyn won another pennant that year, but lost the World Series to the Yankees in seven games, with Newcombe defeated in the final game.

Newcombe faded quickly after 1956 as he pitched for the transplanted Los Angeles Dodgers, Cincinnati Reds and Cleveland Indians.

He pitched for Spokane, Washington, in the Pacific Coast League in 1961 and finished his professional career in Japan in 1962.

Alcoholism helped lead to his early retirement. He gave up drinking in later years and worked for drug and alcohol prevention programs. He continued working for the Dodgers, most recently as special adviser to the chairman.

He was a frequent presence at the stadium in recent years, always nattily attired in a suit and tie with a fedora atop his head.

He took part with Sandy Koufax in a first pitch ceremony before Game 7 of the 2017 World Series vs. Houston at Dodger Stadium and was at the park for last fall's World Series vs Boston.

Newcombe wasn't elected to the Baseball Hall of Fame, due mostly to his Army and alcohol-shortened career.

He kept virtually no memorabilia from his career. He sold his Rookie of the Year, MVP, and Cy Young trophies, along with his World Series ring, to filmmaker Spike Lee.

He pushed for greater pension rights for former Dodgers and promoted the idea of a national holiday to honor Jackie Robinson.

In 1968, Newcombe met with Martin Luther King Jr. just 28 days before the civil rights leader's assassination. King had dinner at Newcombe's home in Los Angeles before returning to Atlanta.

According to Newcombe, King told him, "Don, you'll never know how easy you and Jackie and Doby and Campy made it for me to do my job by what you did on the baseball field."

Newcombe outlived most of his Dodger teammates and was deeply affected when Campanella and Don Drysdale died within a week of each other in 1993.

"When tragic things happen, it gets the guts out of you," he said at the time. "You try to be strong, but when those things happen, you break down and cry like a baby."