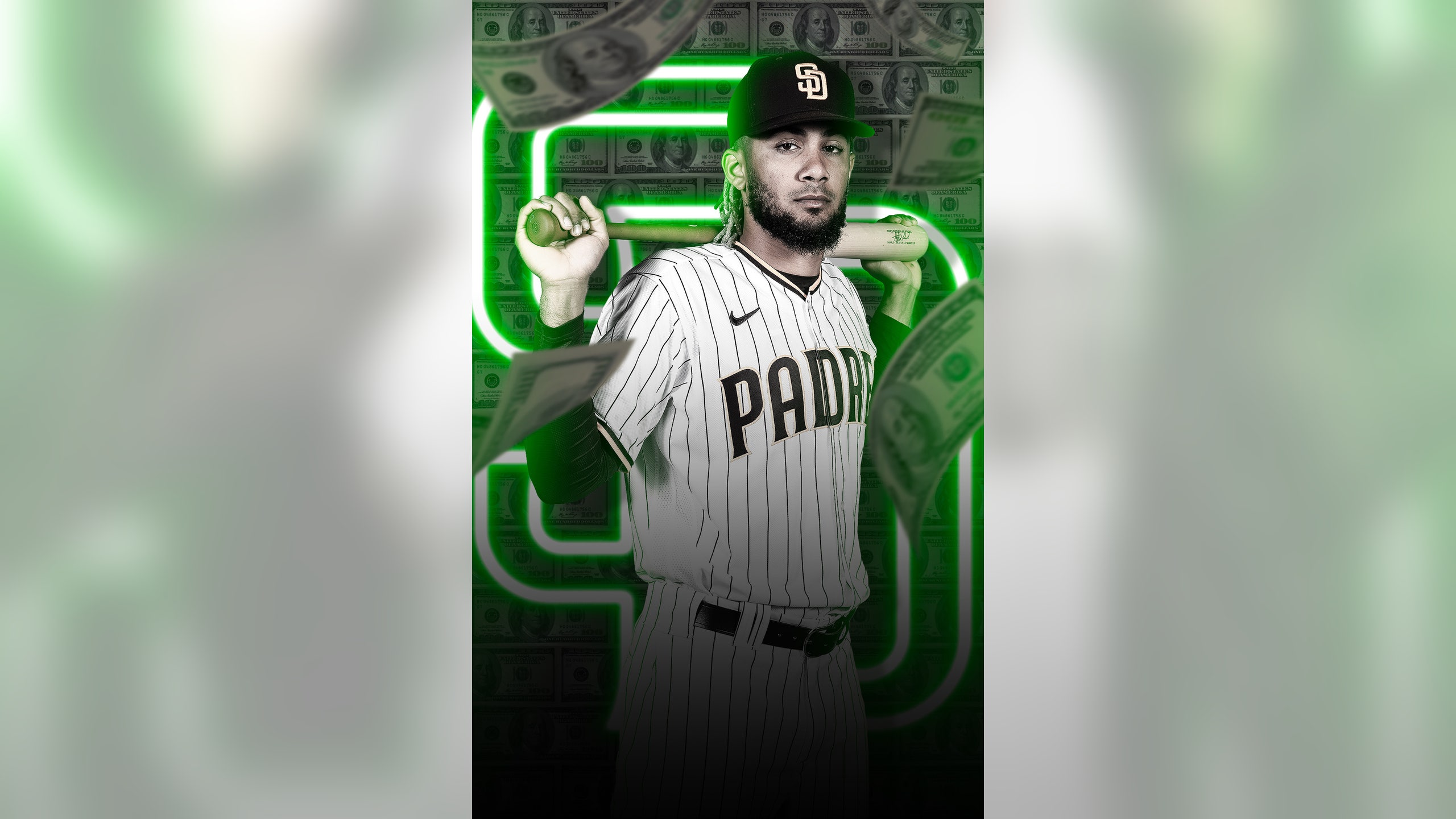 previous story
Will Carson Wentz be fixed by trade to the Colts?
next story
Steph Curry's short shooter's memory pays off for the Warriors
Major League Baseball

San Diego Padres made a smart bet on Fernando Tatis Jr. with megadeal

The face of baseball just got paid.

That’s right: Fernando Tatis Jr., a 22-year-old out of San Pedro De Macoris, Dominican Republic, just secured the bag — to the tune of 14 years and $340 million.

It has been quite the offseason for Tatis Jr.

First, the rising superstar has seen his organization build, on paper, an incredible team around him, adding not one but two star pitchers to the starting rotation in Blake Snell and Yu Darvish. San Diego also bolstered the back end of the rotation with Joe Musgrove.

Also on his list of offseason accomplishments, earlier this month, Tatis Jr. was named the cover star for MLB The Show 21. For those who aren’t gamers, take it from a card-carrying member of the MLB The Show community — this is a big deal.

And then there’s the big one: the contract.

As outlined, it's for 14 years and $340 million, and 14 years is a long, long time. Typically, I’m not a fan of long-term deals. How many years of a player's prime is a team going to get? Will that player be productive at all toward the end?

But this time is different.

Most of the long-term deals we’ve seen take place toward the end of a player’s prime. Take Albert Pujols, for instance. He was 32 years old when he signed his 10-year deal with the Los Angeles Angels worth $254 million. Since signing, he has one All-Star appearance, and he hasn’t performed the way the Angels had hoped, hitting only .257 in his nine-years with the franchise. Contrast that with his .328 batting average and three MVP awards in his 11-year run with the St. Louis Cardinals.

Easy to get lost in all of this is Tatis Jr.’s age. He just turned 22, and that's why I'm OK with such an extended deal — he isn't even in his prime yet. This contract is betting on the player continuing to be the stud he appears to be and growing along the way.

That leads to the other side of the argument, which is: "He hasn’t proven himself. He hasn’t even played a full season yet. How can you pay him this much based on 143 games?"

Well, it's simple: The Padres are betting on their guy.

If he is who they think he is, the Padres have him locked up for well over a decade at an AAV (average annual value) of $24.3 million, which right now is a pretty good deal for a player of Tatis Jr.'s caliber. In five years, when he seemingly will be in his prime, an AAV of $24.3 million will be exceptional.

And for Tatis Jr.?

Well, this deal lands him one of the largest guaranteed contracts in American sports history, considering every dollar of that $340 million will enter the bank account of the man who is quickly emerging as the face of Major League Baseball.

There are some who are still holding onto the belief Angels superstar Mike Trout is the face of baseball, but allow me to make an argument for Tatis Jr.

This is a great thing for Major League Baseball. I’m not saying he’s better than Mike Trout because he’s not. But Tatis is young, he’s exciting, he plays the game hard, his style is electric, and most importantly, he has fun on the field. And you can see it.

One thing is certain: Whether you believe this to be a good deal or another over-the-top MLB contract that won't pay dividends, baseball fans should root for Tatis Jr. to succeed and make good on the Padres' investment.

And we should all be rooting for Tatis Jr. to continue on his path to superstardom because baseball had become somewhat dull until Tatis Jr., Aaron Judge, Javier Baez, Ronald Acuna Jr., Juan Soto and a few others emerged and brought the game to life.

Catering to a younger audience is desperately needed, and Tatis Jr. can do just that.

More than anything, this is a great deal for the game of baseball.

Ben Verlander, who spent five years in the Detroit Tigers organization, is a baseball analyst for FOX Sports. Born and raised in Richmond, Virginia, Verlander was an All-American at Old Dominion University before he joined his brother, Justin, in Detroit as a 14th-round pick of the Tigers in 2013. Follow him on Twitter @Verly32.

Familiar Faces In New Places
With the MLB season quickly approaching, here's a look at how some of the biggest offseason moves in baseball could pay off.
3 hours ago