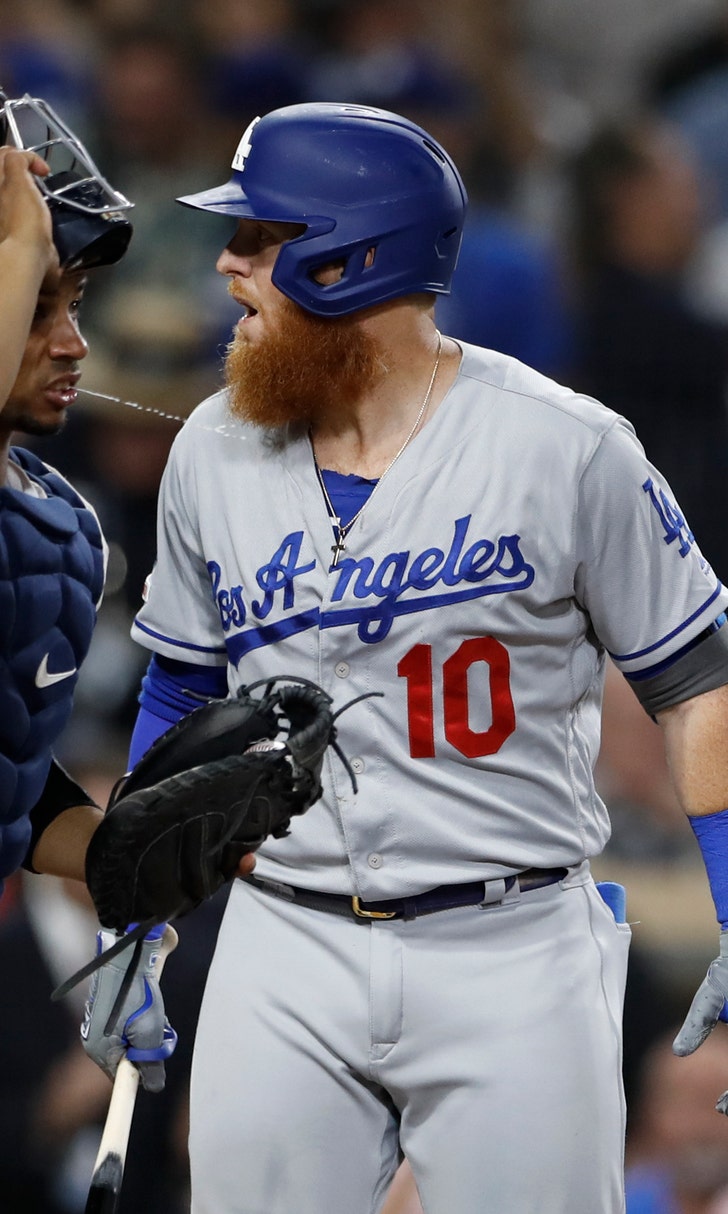 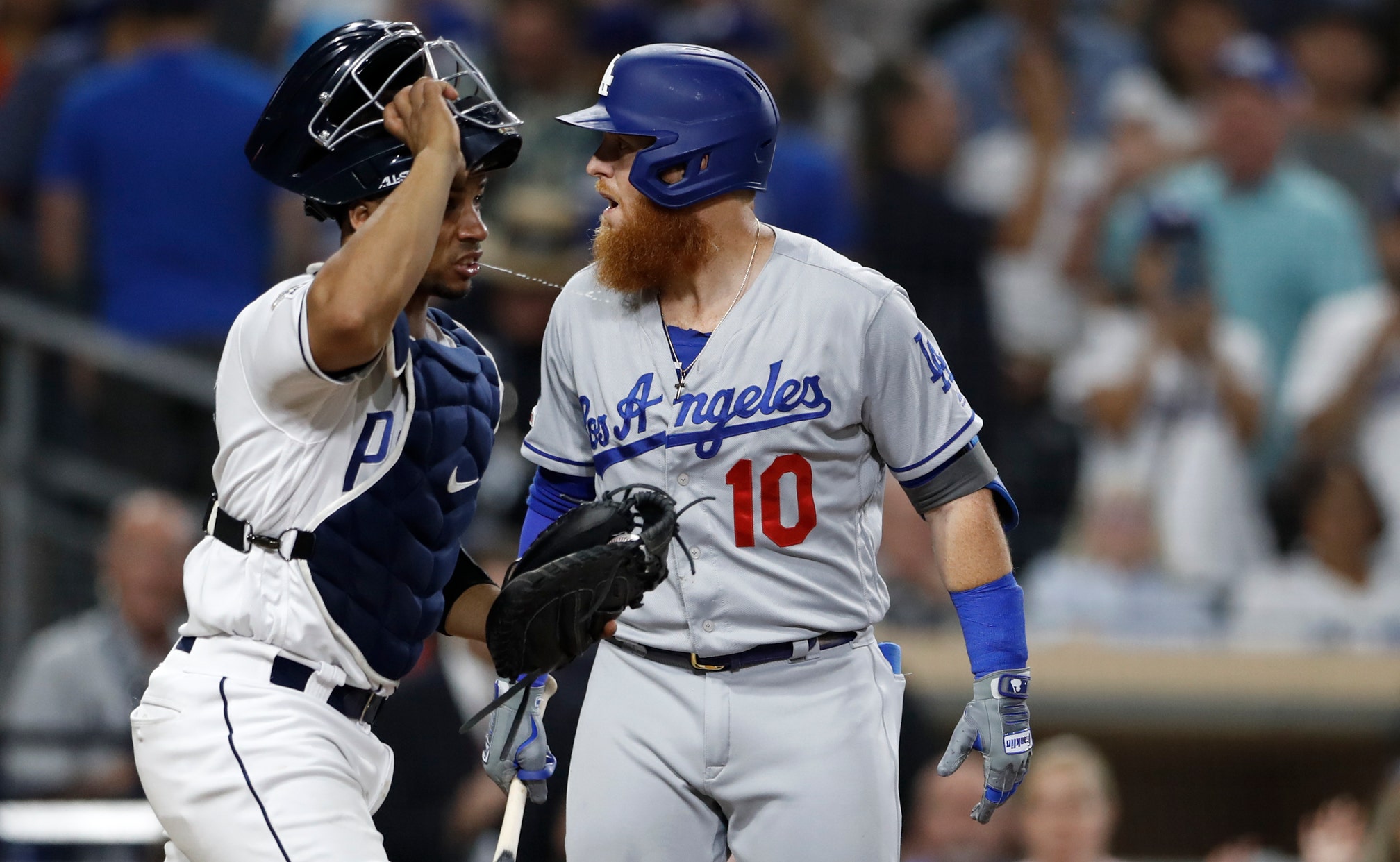 SAN DIEGO (AP) — Los Angeles Dodgers third baseman Justin Turner was suspended for one game by Major League Baseball on Tuesday for making contact with umpire Rob Drake after striking out looking to end a game the night before.

MLB also fined Turner an undisclosed amount. Turner is appealing the discipline, meaning he is allowed to play until the process is complete.

He was not in the lineup Tuesday night when the NL West leaders faced the Padres in the middle game of a three-game series, but he and manager Dave Roberts said it was a planned day off.

"There's nothing to comment on, guys," Turner told reporters. "It's under appeal right now. If you want to talk about the incident last night, you're wasting your time right now."

Turner had plenty to say after Monday night's game, including that he thought Drake instigated the contact. After taking a called third strike that ended the 4-3 loss to the Padres, Turner started arguing with Drake.

"And then he walks into me and told me not to bump him, which also upsets me," Turner said. "I'm not trying to bump him or touch him in any way, but when you walk into me and then cry foul like I hit you or something is brutal."

Roberts stepped in between Turner and Drake.

The Dodgers were unhappy with Drake's strike zone all night.

"I just thought it was inconsistent tonight, both sides, both teams," Roberts said. "Game ends and it was a good pitch, borderline pitch, but I think there was just frustration building up."

Roberts said Tuesday that he was "a little taken aback" by the discipline. "There's two professionals, Rob and Justin, and Justin's track record speaks for itself. Obviously, Rob felt differently, but the way I saw it, there was contact initiated by Rob as far as walking to the umpires room. It wasn't trying to be super aggressive on Justin's part. It was an emotional part of the game as far as ending the game. So, we're going to appeal it."

Roberts said Turner "approached him to kind of have a conversation, but then as far as hitting him, that didn't happen, and I was right there and saw that. I think that's kind of protocol where the umpire files something and then you've got to look back with the player and appeal, and that's what we're going to do."

Turner Exits Game, Returns: A Timeline
MLB has made a statement on Justin Turner's decision to celebrate with his team postgame. Here is all the latest.
October 28

Exclusive Video: Justin Turner's Celebration
Watch as the Dodgers star celebrated with his Los Angeles teammates after receiving a positive COVID-19 test.
October 28
those were the latest stories
Want to see more?
View All Stories
Fox Sports™ and © 2020 Fox Media LLC and Fox Sports Interactive Media, LLC. All rights reserved. Use of this website (including any and all parts and components) constitutes your acceptance of these Terms of Use and Updated Privacy Policy. Advertising Choices. Do Not Sell my Personal Info