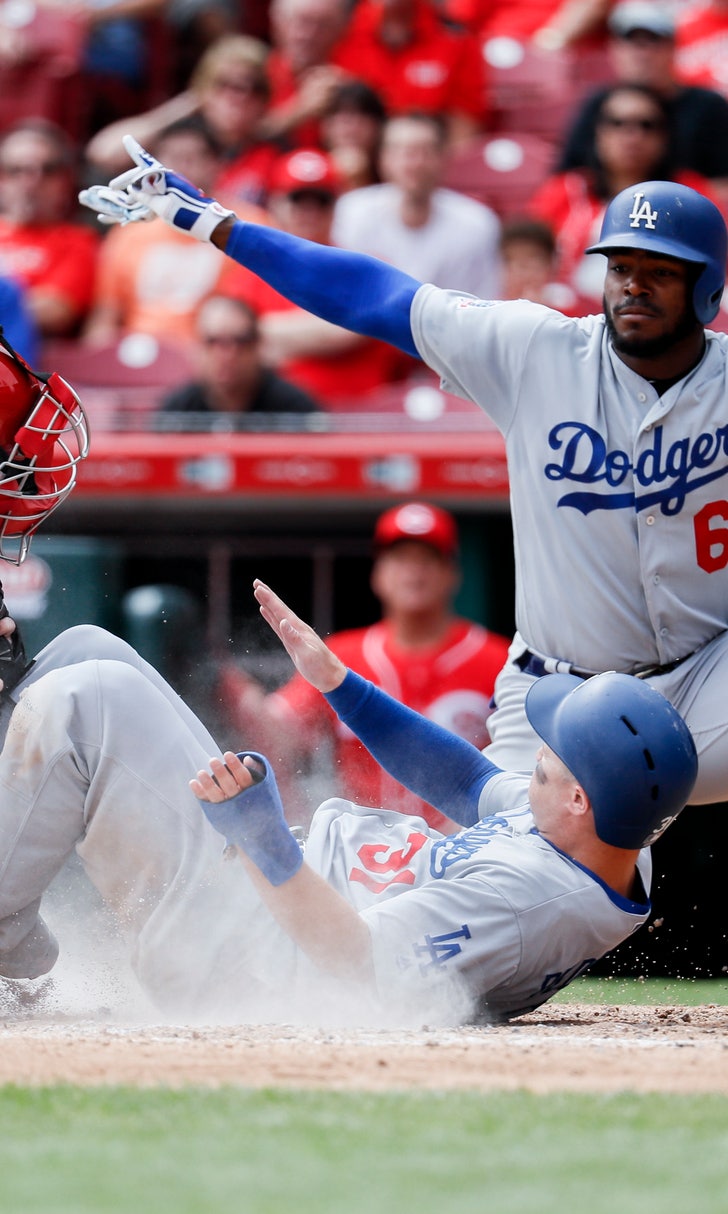 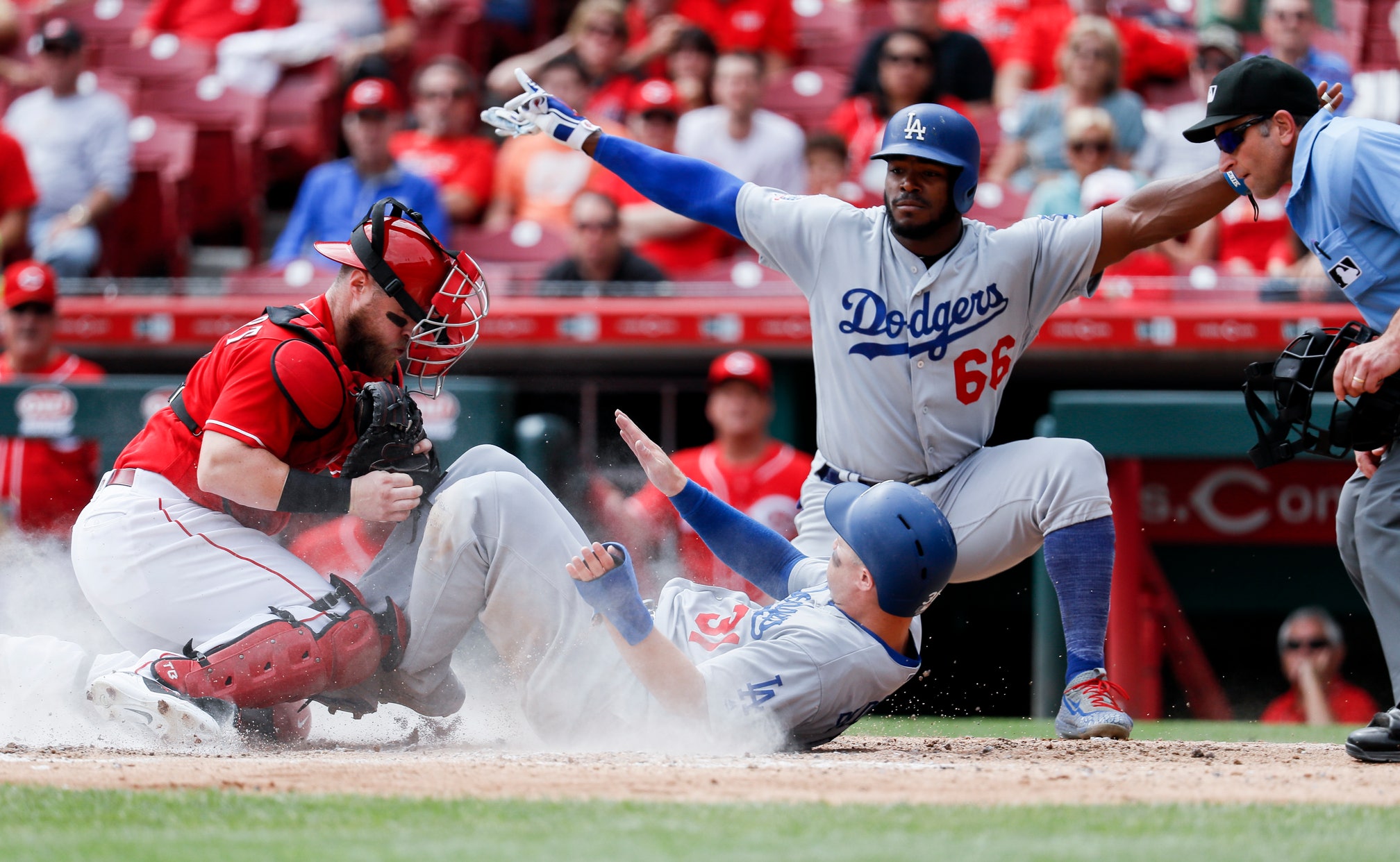 David Price (15-6) won his sixth straight decision, allowing three hits and striking out seven. Unbeaten in 11 starts since July 1, Price left after 92 pitches with a lead earned when Rafael Devers scampered home on a wild pitch by Aaron Sanchez (4-6) in the fifth inning.

Craig Kimbrel got three outs for his 39th save in 44 chances.

A night after becoming the first major league team this year to clinch a playoff spot, Boston won for the 10th time in 14 games and moved a season-high 54 games above .500.

Jonathan Davis had his first major league hit for Toronto.

MINNEAPOLIS (AP) — Jake Odorizzi's no-hit bid was broken up when Greg Bird hit a run-scoring double with one out in the eighth inning, and Minnesota beat the Yankees to take two of three from New York.

The Yankees' lead over Oakland for the AL's top wild card was cut to one game.

Odorizzi walked Like Voit before Bird lined the next pitch deep into the left-center gap. Odorizzi was immediately removed from the game by manager Paul Molitor and tipped his cap to the crowd as he walked off the field to a standing ovation. Odorizzi (6-10) struck out five and walked three, matching his big league high of 120 pitches set while pitching for Tampa Bay against the Twins on June 3, 2016.

Taylor Rogers struck out Gleyber Torres, and Trevor Hildenberger fanned Andrew McCutchen. Hildenberger finished for his sixth save. Luis Severino (17-8) allowed one run and four hits in 5 2/3 innings, dropping to 3-6 in his last 11 starts.

LeMahieu helped the Rockies keep their 1 1/2-game advantage over Los Angeles intact. The Diamondbacks fell 3 1/2 games behind in the division race.

A night after getting his first career save, Hirano (4-3) allowed a single by Gerardo Parra off the glove of first baseman Paul Goldschmidt to begin the ninth. Charlie Blackmon bunted Parra over to second and LeMahieu followed with his first career walk-off homer.

Wade Davis (3-6) picked up the win by pitching a perfect ninth, including two strikeouts.

Nolan Arenado had a big night for the Rockies with two doubles and a solo homer.

CINCINNATI (AP) — Yasmani Grandal and Justin Turner drove in three runs each, and Los Angeles beat Cincinnati to avoid a season sweep by the last-place Reds.

Joc Pederson homered for the Dodgers, and Grandal had three hits. Los Angeles had been 0-6 against the Reds and was on the verge of being swept by Cincinnati in a season for the first time.

Left-hander Caleb Ferguson (6-2), the third of seven Dodgers pitchers, struck out three in the fifth.

Anthony DeSclafani (7-5) allowed six runs — five earned — five hits and three walks in 4 2/3 innings. Jose Peraza put Cincinnati ahead with his first inning homer, but Pederson tied it 1-1 with a leadoff drive in the fourth, his second two games and 21st this season.

Grandal hit a go-ahead double later in the inning, a ball caught by a young fan with a glove reaching over the wall with the ball still in play. Max Muncy scored from first and Reds manager Jim Riggleman argued unsuccessfully he should have been stopped at third, but the umpires' decision was upheld in a video review. Turner hit a two-run single in a four-run fifth.

Granderson also got three hits and Mike Moustakas had a two-run single for Milwaukee, which took two of three from the first-place Cubs. Josh Hader (6-1) struck out three in a scoreless eighth to get the win. Six Brewers pitchers combined to hold Chicago to six hits.

Kris Bryant had two hits and drove in the Cubs' lone run.

Granderson appeared to begin the game with his 48th career leadoff homer, but it was ruled a triple following an umpire review. Two batters later, Cain singled to drive in Granderson for the game's first run. Travis Shaw's sacrifice fly in the third gave the Brewers a 2-0 lead.

Even Cy Young Award contender Aaron Nola (16-5) couldn't end Philadelphia's skid. The Phillies have lost five in a row to drop 7 1/2 games behind first-place Atlanta in the NL East with 17 to play. They're 11-23 since Aug. 5, when they had the NL's second-best record.

Strasburg (8-7) allowed one run and struck out nine in his best start since April.

Harper crushed his 33rd homer, a two-run shot into Philadelphia's bullpen in the first to give the Nationals a 2-0 lead. Zimmerman connected in the fourth, sending a drive into the bushes in straightaway center. Odubel Herrera made a leaping attempt at the fence and nearly caught it.

Soto drove one into the second deck in right field in the sixth off Austin Davis to make it 5-1. The 19-year-old rookie has 19 homers. Harper hit 22 homers as a teenager for the Nationals in 2012.

J.P. Crawford hit a solo shot in the fifth for Philadelphia's only run.

Snell (19-5) lost his bid when Jose Ramirez led off the seventh with his 38th homer. Snell won his team-record seventh straight start, striking out nine and walking two in seven innings.

Chaz Roe and Jose Alvarado each got three outs, completing a one-hitter. Alvarado got his eighth save in 11 chances.

Ji-Man Choi hit a two-run homer in the first off Carlos Carrasco (16-9), then took a well-inside pitch from Carrasco in the sixth and briefly stared at the mound. Choi hit a winning homer off Brad Hand in the ninth inning on Monday night.

BALTIMORE (AP) — Matt Olson homered during a 10-run third inning in which the first 11 batters reached base, and Oakland beat Baltimore for its sixth straight victory.

Oakland had 10 hits and two walks in its biggest inning of the year. Olson provided the big blow — a three-run shot off Andrew Cashner (4-15) — and three players had two hits.

That was more than enough offense to enable the A's to match their longest winning streak of the season. Oakland trails first-place Houston by three games in the AL West and owns a comfortable lead for the second AL wild card.

Daniel Mengden (7-6) pitched five innings of no-hit relief after entering in the second for starter Liam Hendriks, who went one inning by design. Baltimore's lone hit was a clean single to left field in the first by Trey Mancini.

Baltimore has lost six in a row to fall to 41-104, the worst record in the majors. It's the eighth time this season the Orioles have been mired in a skid of at least six games.

DETROIT (AP) — George Springer made a diving catch in the eighth inning to help preserve Houston's lead, and the Astros swept a series at Comerica Park for the first time.

Detroit had a man on first with two outs in the eighth when Dawel Lugo hit a line drive down the line in right field. Springer made a diving catch.

It was the 13th series sweep of the season for the Astros, who have won 10 of their last 11 games.

Gerrit Cole (14-5) allowed two runs and three hits in five innings. Ryan Pressly pitched a perfect ninth for his first save. Daniel Norris (0-4) was the loser.

San Francisco lost its 11th straight, the worst skid since the team moved to San Francisco and the longest for the franchise since 1951.

Dan Winkler (3-0) pitched a scoreless eighth, and Jonny Venters worked a scoreless ninth for his second save. Will Smith (2-3) was the loser.

Taillon (13-9) allowed two runs and four hits in seven innings, leaving with a 4-1 lead after the first two Pirates reached in the eighth.

Jose Martinez hit into a run-scoring forceout in the eighth against Felipe Vazquez, who allowed Patrick Wisdom's run-scoring single in the ninth. Vazquez rebounded to strike out Paul DeJong and Matt Carpenter with two on to end the game for his 22nd consecutive save and 32nd in 36 chances.

Trey Wingenter, Robert Stock, Jose Castillo and Craig Stammen struck out all nine batters they faced in relief of Joey Lucchesi, setting a franchise record for consecutive strikeouts and preserving a two-run lead.

The Mariners have lost 10 of 15 since Aug. 26 to fall out of contention for the AL wild card.

Hedges helped the Padres jump on Wade LeBlanc (8-4) early with a two-run homer to left field in the second inning, ending the left-hander's 19-inning scoreless streak.

Nelson Cruz homered for the Mariners, his 35th of the season, and drove in his 1,000th career run. Wil Myers put the Padres ahead 3-0 with an RBI double to right-center in the third.

Arcia had a two-run double in the second inning off Yovani Gallardo and homered in the sixth and again in the eighth. Fernandez, the 30-year-old rookie from Cuba, went deep again after hitting his first major league homer on Tuesday.

Felix Pena (3-4) worked six scoreless innings, striking out three and walking one, as the Angels won for the sixth time in seven games.

Joey Gallo hit his 36th homer of the season for the Rangers, who have lost five of six.

The teams were set to play a single-admission doubleheader Wednesday to make up Monday's rainout, but the nightcap was pushed to Thursday. They now will play two games beginning at 3:10 p.m.

Wheeler (11-7) tossed one-hit ball into the seventh and allowed four hits over eight innings. Paul Sewald got the final out at 12:15 a.m. Bruce hit a grand slam, Jeff McNeil had three hits and Amed Rosario and Dominic Smith each homered for the Mets.

Anderson's blast off Burch Smith (1-5), the sixth Royals pitcher, landed just beyond the fence in left-center. Juan Minaya (2-2) pitched two scoreless innings for the win. Hector Santiago, the eighth Chicago pitcher, picked up his second save in two chances.

Adalberto Mondesi tied a career high with four hits and drove in both of Kansas City's runs.