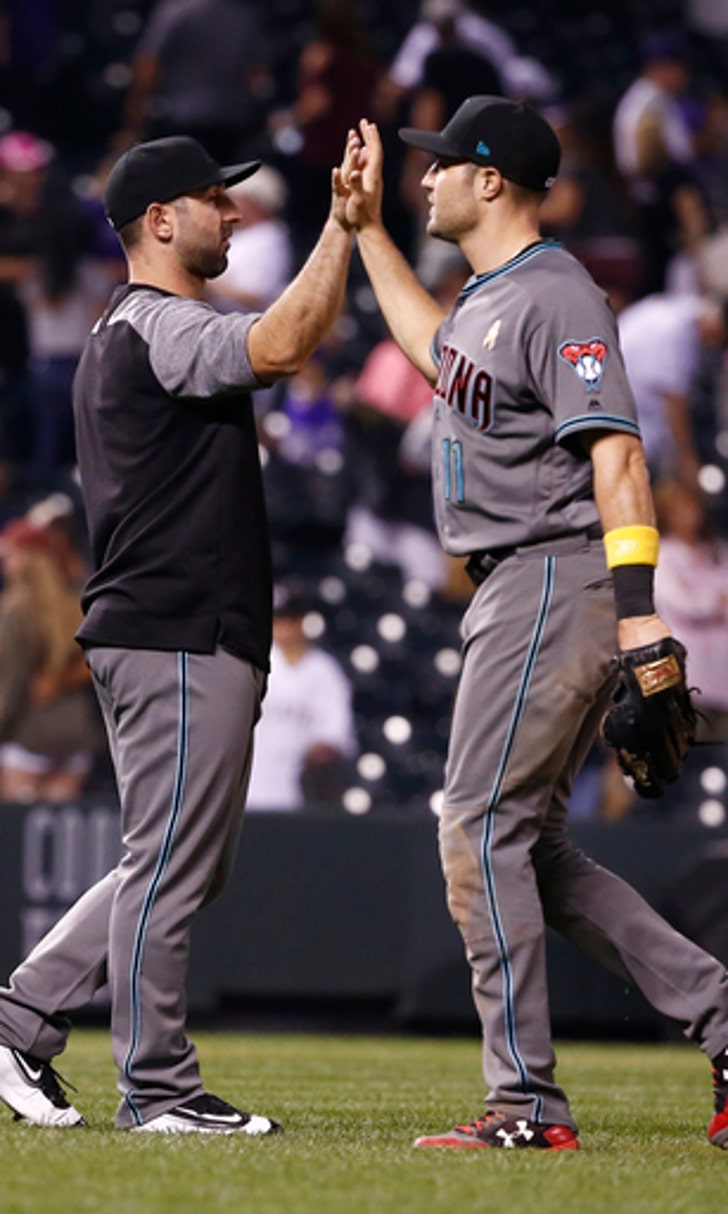 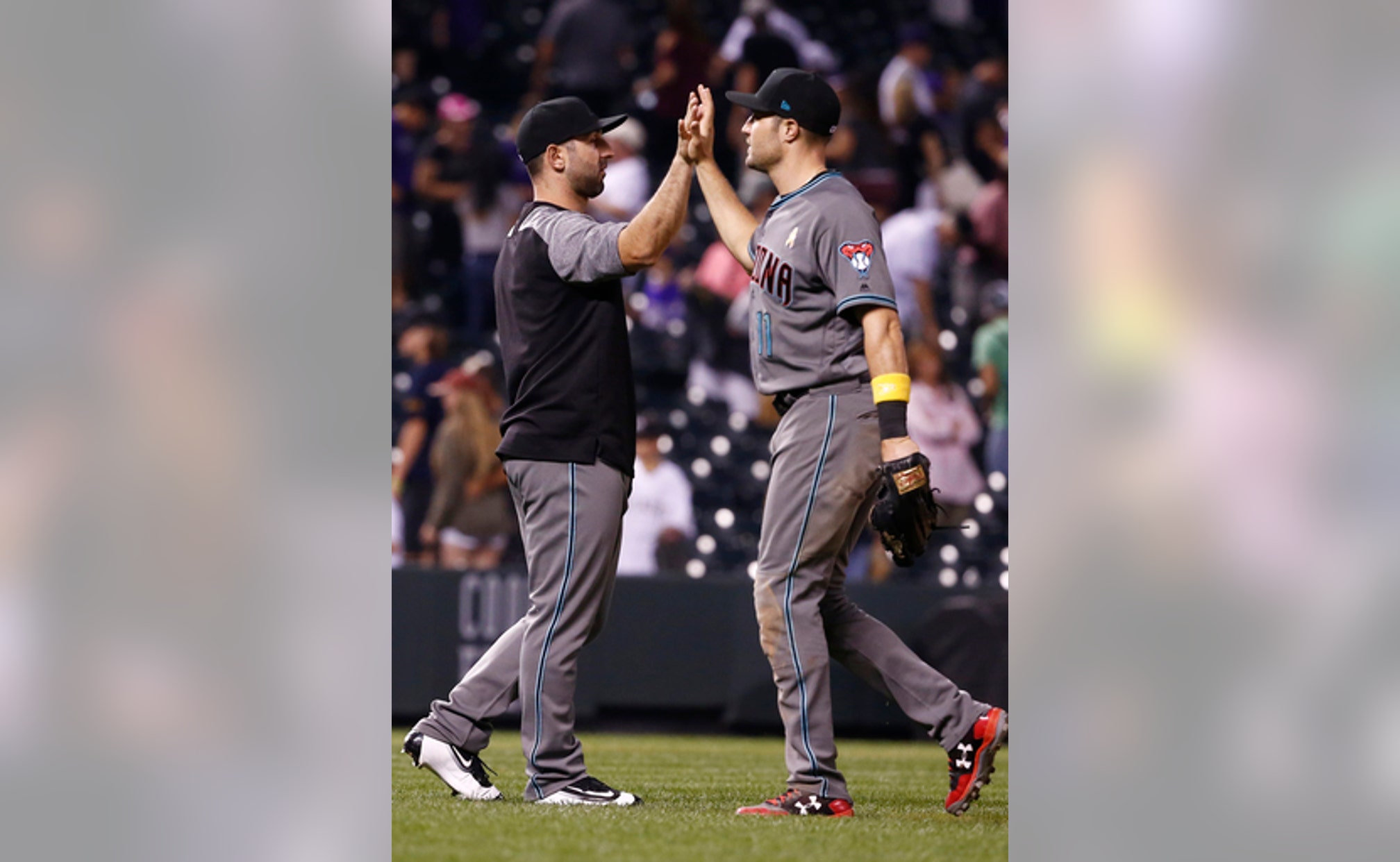 DENVER (AP) The Arizona Diamondbacks swept the Los Angeles Dodgers this week, so a battle with Colorado for wild-card supremacy didn't intimidate them.

Taijuan Walker struck out a career-high 10, Daniel Descalso homered and surging Arizona started a key weekend series with a 9-5 victory over the Rockies on Friday night.

The Diamondbacks won their eighth straight and increased their lead to 4 1/2 games over the Rockies for the first NL wild-card spot. They showed they weren't satisfied sweeping the best team in baseball by jumping out early on Colorado and cruising to the win.

''We've been able to score early lately and it's always better to play when you're ahead than when you have to chase,'' Descalso said.

Colorado, which struck out 12 times, is hitting .159 with runners in scoring position in the last 10 games, including 1 of 13 Friday.

''It has been that way in a few games,'' DJ LeMahieu said.

Walker (8-7) lasted only five innings due to a high pitch count, but he made big pitches when it counted. He struck out Carlos Gonzalez on a 77 mph curveball to end the first inning with the bases loaded and got Mark Reynolds looking with two on in the second.

''The curveball felt really good,'' Walker said. ''We noticed that early so we kept throwing it and we got some good swings and misses.''

Arizona scored runs in the first three innings off starter Kyle Freeland (11-9), including Walker's RBI single to first that made it 2-0. Arizona blew it open in the seventh when Colorado committed three errors and Descalso hit a three-run homer, his ninth, off Mike Dunn to go up 9-2.

''It was a tough inning,'' Rockies manager Bud Black said. ''We didn't really bobble any ball. We had a throw into center field, Mark tried to make a play on the errant pickoff play.''

The Rockies scored twice in the sixth off reliever David Hernandez and three more times in the seventh. They stranded 12 runners.

The Diamondbacks took the defensive shift theory to the extreme when LeMahieu came to bat. Arizona, using its statistical analysis, put all three outfielders in right and center fields, leaving left wide open for the 2016 NL batting champ.

''Dave McKay presented that to me pregame,'' manager Torey Lovullo said of his first base coach. ''It's a super shift times 10. You've never seen anything like it. He's a guy that uses that side of the field very extensively and successfully, and we wanted to take away the dominant lanes.''

LeMahieu beat the shift with a double down the rightfield line in the first for his only hit of the game. He led off the fifth with a fly to left but center fielder A.J. Pollock ran it down.

Walker didn't notice the outfield was shifted so far over.

''I'm definitely glad I didn't know because I would really have been pressing to throw pitches away,'' he said. ''If he would have pulled the ball it would have been an inside-the-park home run.''

He's the third pitcher in Arizona history to strike out 10 in five innings or less.

Both teams bolstered their benches with September call-ups Friday. Arizona added RHPs Silvino Bracho, Braden Shipley and J.J. Hoover, C John Ryan Murphy and OF Kristopher Negron from Triple-A Reno. The pitchers have all appeared in a game this season for the Diamondbacks, while Murphy, a veteran of two major league teams, and Negron, have not played for Arizona.