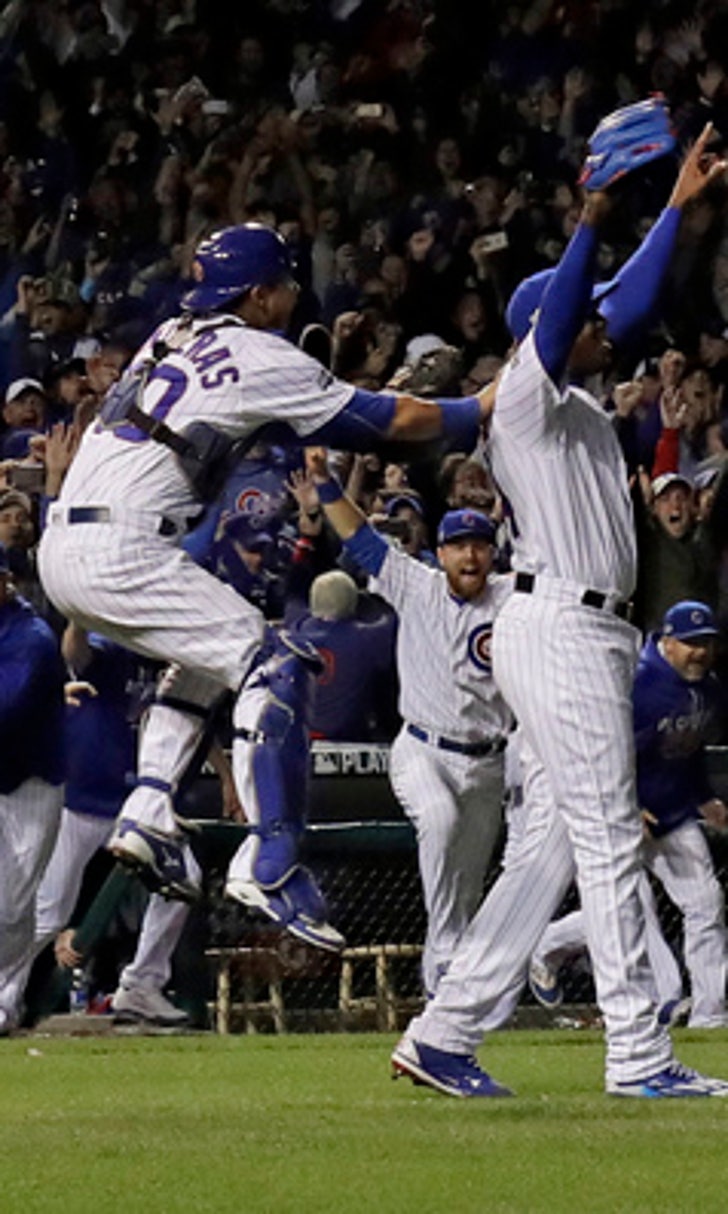 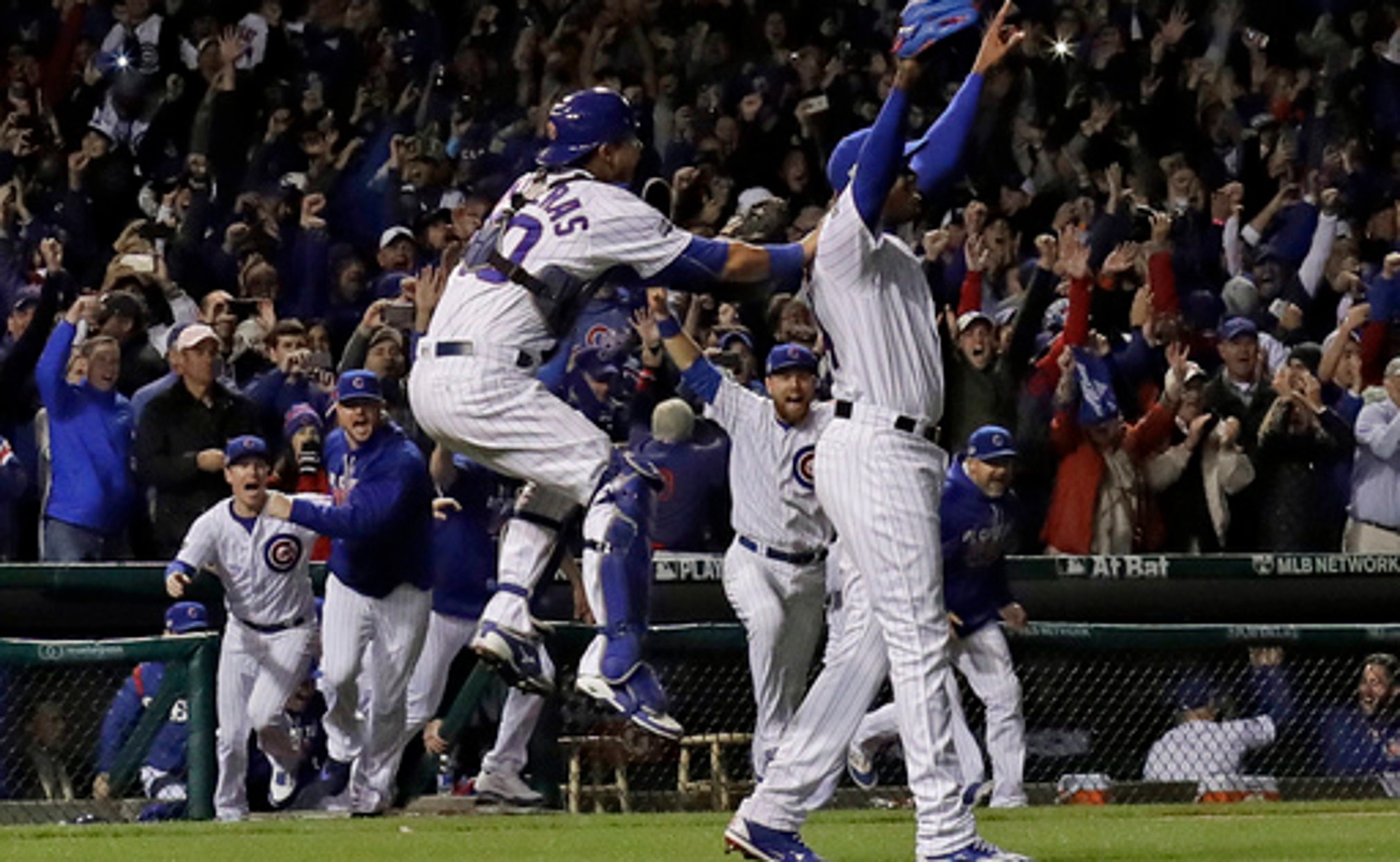 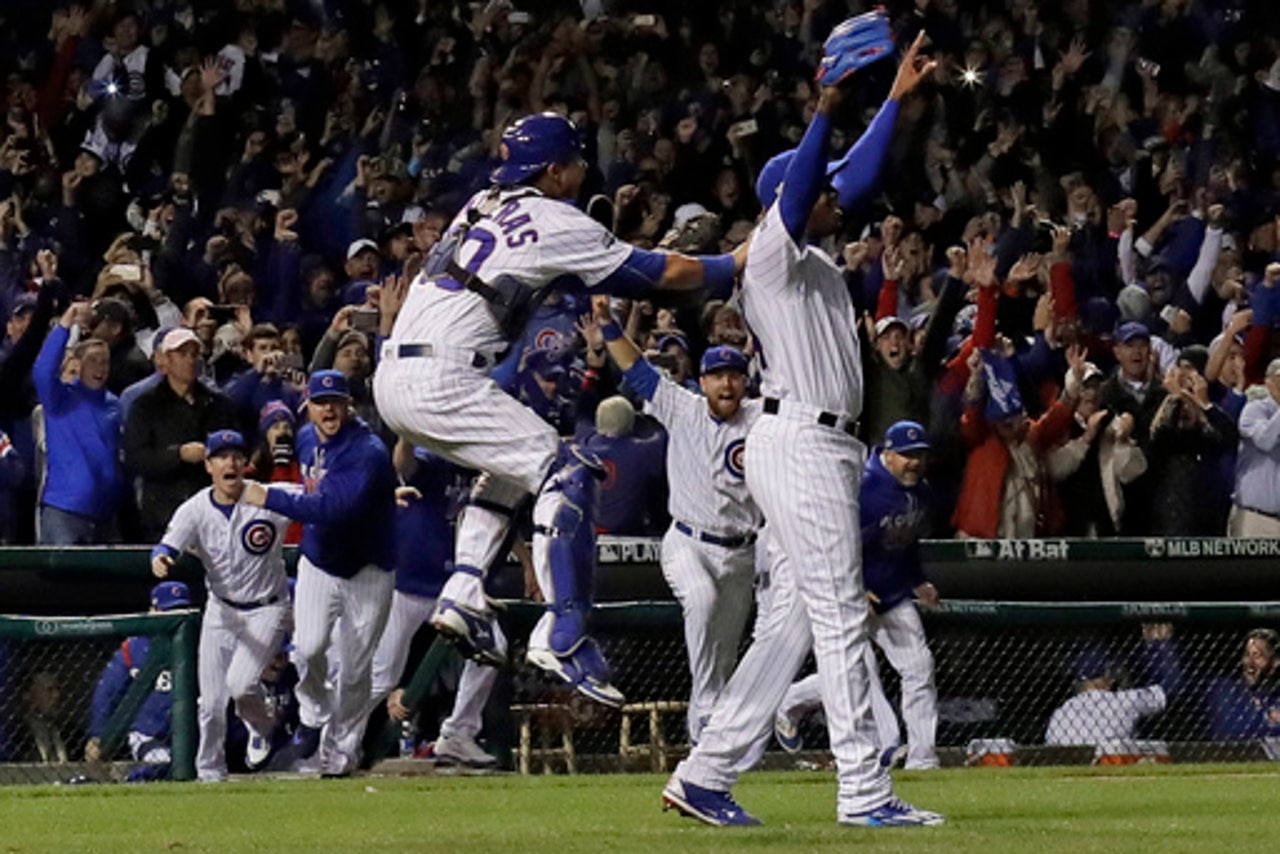 Overjoyed fans streamed out of Wrigley Field and into the streets Saturday night after the Cubs beat the Los Angeles Dodgers in Game 6 of the NL Championship Series to earn their first trip to the World Series since 1945.

Brian Dusza, who was at Wrigley for Game 6 of the 2003 NLCS, never thought he'd see the team win the pennant

Among the few thousand fans who stayed in their seats an hour after the game ended was Ed Koenig of Darien. His eyes welled up as he talked about his father, who died in May.

''He never got to see this,'' Koenig said. ''I haven't been to a game this season without him and when my friend won a lottery for these tickets, I thought `how am I going to go without my dad?'''

But his friend convinced him to go.

''I have his watch on,'' Koenig said, showing off the watch on his wrist. ''I thought I was going without my dad, but I'm with him.''

Before the game, Steve Zucker said that if the team won, he would go to his father's grave and leave him a Cubs hat and T-shirt.

''My dad died playing cards, listening to the game on a little transistor radio, so I may bring that, too,'' Zucker said.

Cubs pitcher Kyle Hendricks said after the game that this win and trip to the World Series was for the fans.

''I hope they enjoy this. They have been waiting a long time,'' Hendricks said. ''Best fans in the baseball, most dedicated fans, and they deserve a lot more of these.''

The Cubs will face the Cleveland Indians in Game 1 on Tuesday, with the series returning to Wrigley Field for Game 3 on Friday.