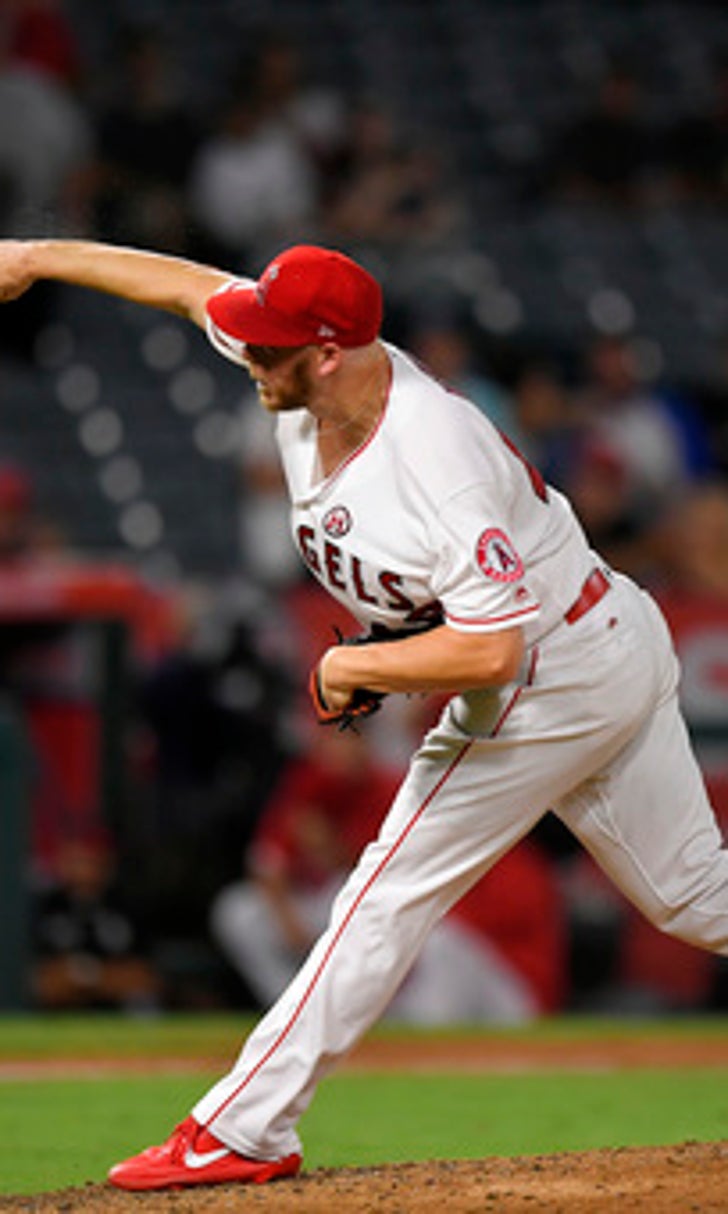 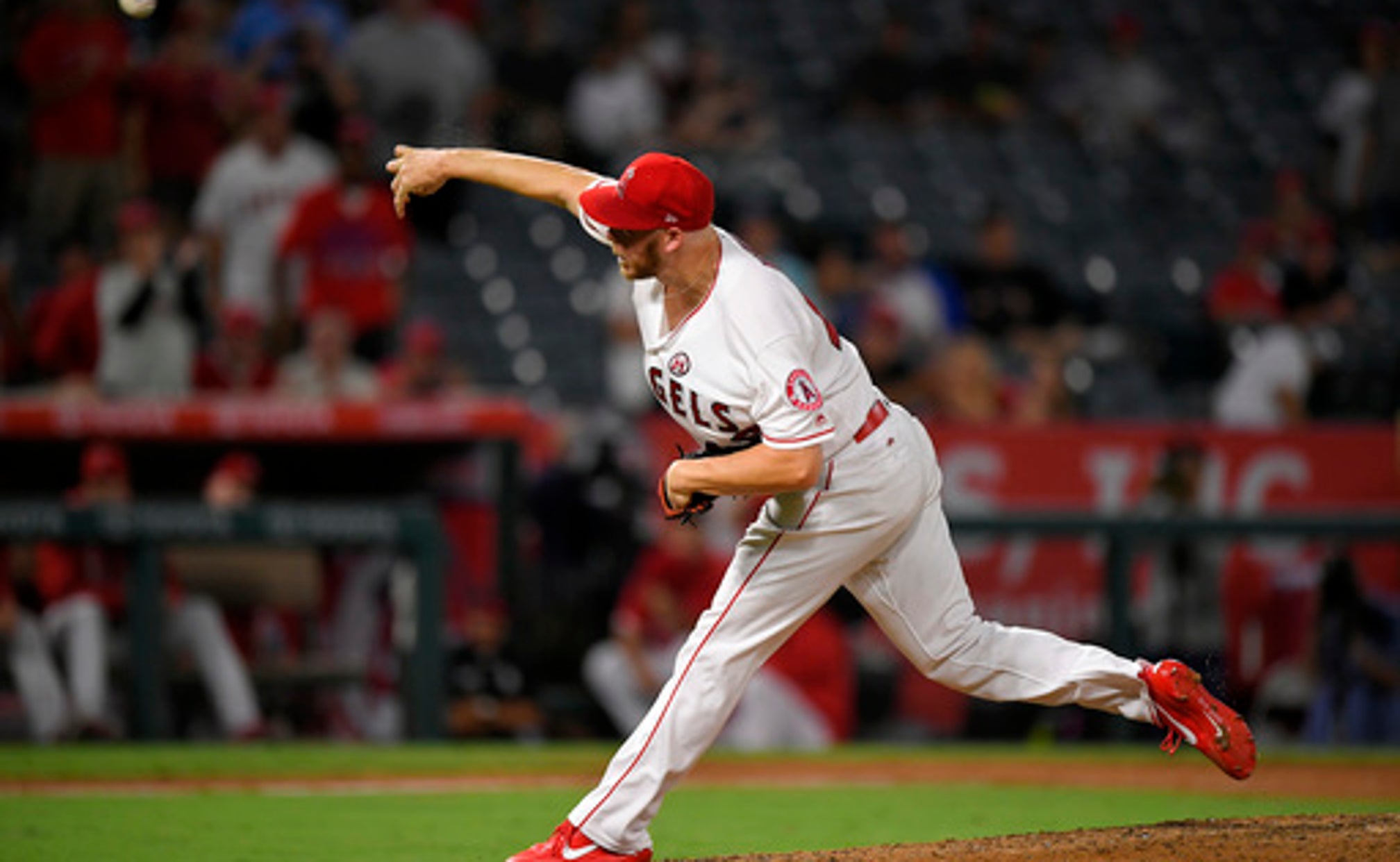 ANAHEIM, Calif. (AP) The Los Angeles Angels are a game behind Minnesota for the second AL wild card. That's not the only reason C.J. Cron was so excited about his two home runs.

Mike Trout promised Cron season tickets to the Phoenix Suns if he ended his power outage by going deep twice, and Cron did just that as the Angels beat the Oakland Athletics 8-2 on Tuesday night.

''I think I just won a couple thousand bucks there and I'll be going to all the games so I'm pretty pumped about it. I'm going to hold him to his word,'' said Cron, who had a three-run drive in the first inning. ''Try to get on the floor or something.''

Martin Maldonado also homered and Ben Revere had two RBIs for the Angels, who have won three of four.

Cameron Maybin started the first inning with a double and scored on Revere's single. Andrelton Simmons added a sacrifice fly.

Cron's 11th homer landed in the Angels' bullpen in left field, and the early 5-0 advantage led to A's relievers getting loose nearby. Cron added a long solo shot to center in the eighth for his eighth career multihomer game.

Cron, who has settled into an everyday role with Yunel Escobar on the disabled list for a strained oblique, acknowledged he was aiming for the fences and those NBA tickets with the game all but decided.

''I took a pretty good cut the slider right before,'' Cron said. ''Fortunately, he gave me a good pitch to hit there.''

Angels starter Troy Scribner lasted only 2 2/3 innings in his fourth major league start, giving up two runs and four hits. Scribner was pulled after loading the bases, and Jose Alvarez got the Angels out of the jam by getting Matt Joyce to pop up.

Jesse Chavez (7-10) struck out five and gave up one hit in four scoreless innings of long relief.

''On a night where a starter maybe struggles a little bit and he does what he did tonight, that's going to be really important for us,'' manager Mike Scioscia said.

Maldonado added a solo homer in the fourth to extend the Angels' lead to 6-2. Revere got his second RBI on a single that scored Maybin.

''We need to win ballgames,'' Cron said. ''The pitching staff has been great all year, and when we score eight we're going to win the game. Just another example of that tonight.''

Oakland got home runs from Joyce and Matt Olson in the second to make it 5-2.

Umpires used video review to examine Olson's 10th homer of the year after Scioscia came onto the field for a conversation, and replay confirmed the ball hit the yellow line over the advertising in right field.

''He can hit,'' A's manager Bob Melvin said. ''He's finally getting comfortable and getting to play a good portion of the time. This is the first real opportunity he's gotten and he's taking advantage of it.''

Trout sat out his second straight game because of a stiff neck caused by a hard collision with the outfield wall on Sunday. He said he could have played, but wanted to be cautious and expects to be back on Wednesday.

The slugger stayed busy on Tuesday, announcing that he would donate $27,000 to the American Red Cross for Hurricane Harvey relief efforts.

''We play the Astros and we go to that city a few times a year. Seeing the city, how beautiful it is, and just seeing the pictures and seeing how devastated (it is) . The floods are just overtaking everything, so it's the least I can do,'' said Trout, who wears No. 27. ''Every little bit helps.''

Athletics: Melvin hinted that C Josh Phegley (oblique) and OF Jake Smolinski (shoulder) could return from the disabled list when rosters expand on Friday. Phegley has missed the last 33 games with a strained muscle, while Smolinski has not played this season after undergoing arthroscopic surgery in March. ''You may see them soon,'' Melvin said.

Angels: RHP Bud Norris (knee) was placed on the 10-day DL. ... RHP Andrew Bailey (shoulder) will miss the rest of the season. Bailey was limited to four appearances because of ongoing issues with his right shoulder. He allowed one hit in four scoreless innings of relief.

Athletics: RHP Kendall Graveman (4-4, 4.24 ERA) has lost four of his last five road starts, including a 2-1 defeat at Angel Stadium on April 27.

Angels: RHP Parker Bridwell (7-2, 2.89) dropped his last outing 2-1 at home to Houston, marking only the second defeat for the Angels this season in his 13 starts.