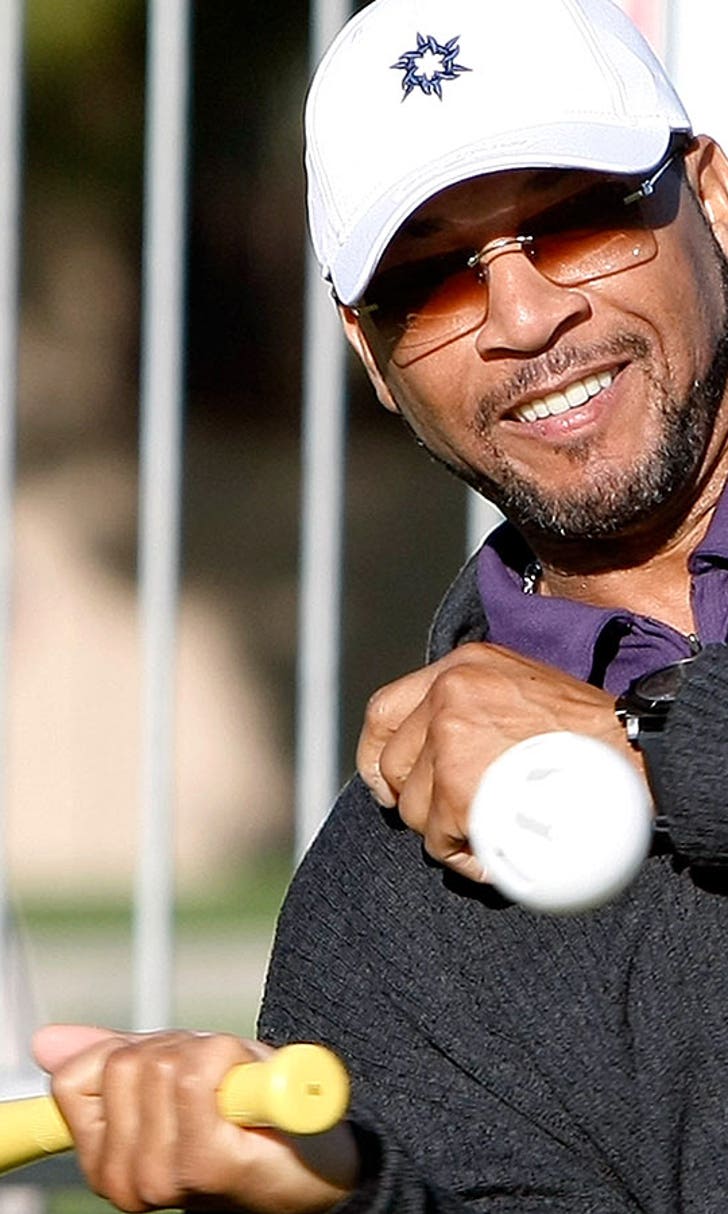 Cold where you are? Warm up with the story behind an old summer friend: Wiffle Ball 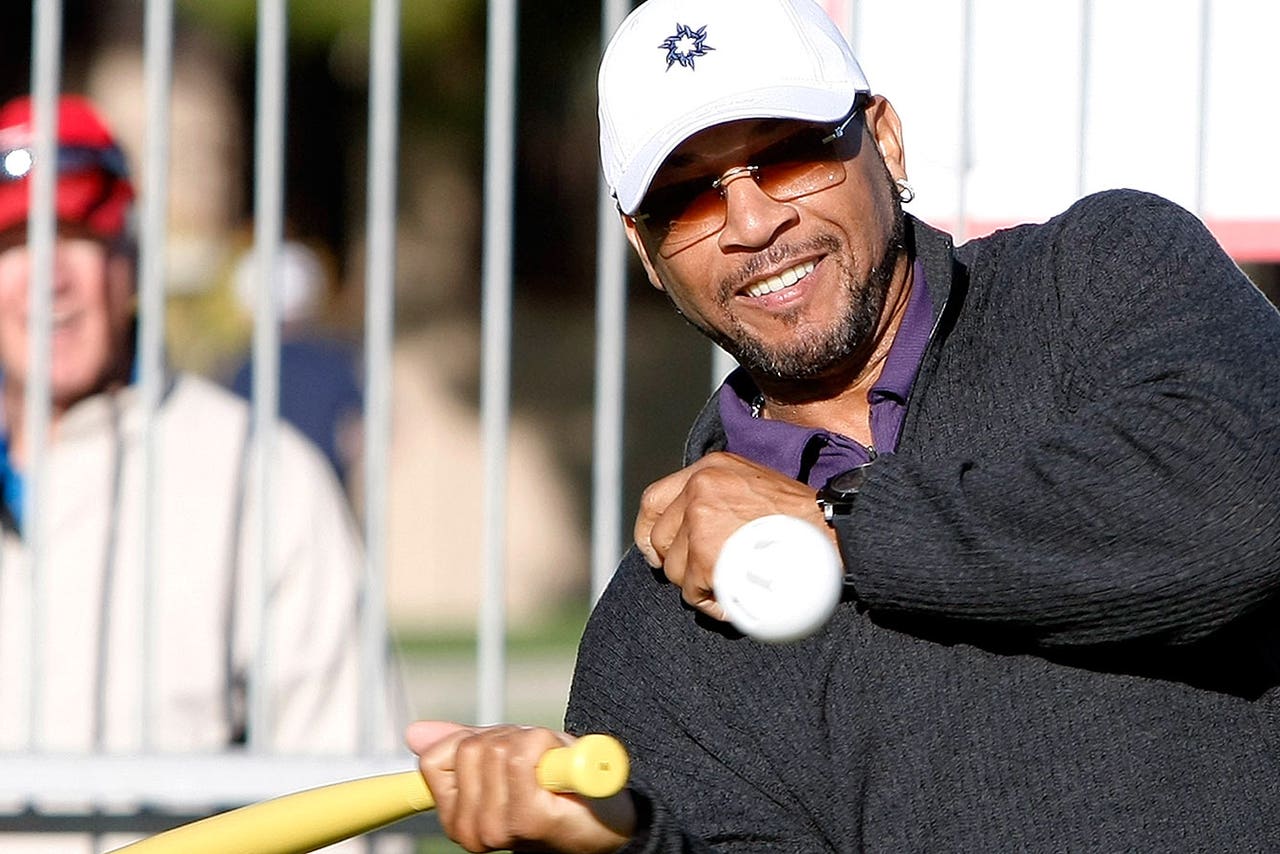 Winter is coming. Upstate New York is getting socked in by a wall of snow. (No, it's literally a WALL OF SNOW.) The ski resorts are tingling with anticipation, and holiday songs are already playing on the radio.

So what better time to get the chill out of our bones with thoughts of summer fun, barbecues and family gatherings. And with these get-togethers comes no shortage of association with backyard recreational sports: horseshoes, cornhole, tetherball, and so on.

For myself, Wiffle Ball holds a lasting significance because you could play it anywhere under any conditions with any number of people. The rules, insofar as they're even fully codified, were simple and malleable enough that everyone felt included in the fun.

The origin story behind (and lasting legacy of) Wiffle Ball is as timeless as the eight-slot plastic ball upon which every game hinges. So even if things are starting to look like this where you live, batter up for a five-part history lesson on what makes this sport the ruler of backyards in the summertime.

Yes, the slotted plastic sphere is literally easy enough to grasp that my 1-year-old could do so with ease. But in a figurative sense, the game of Wiffle Ball is simple enough that anyone could learn in a minute:

- The bases and runners are imaginary and what kind of a hit you get depends on how far you hit the ball and where it lands. (Although, if actual baserunning if your thing, there's a form of sanctioned, competitive Wiffle Ball for you.)

- The game is played on a grass field with dimensions that scale to that of a MLB stadium, only much smaller.

- Three outs per inning; nine innings per game; up to five players per team.

But the game itself — which typically takes less than an hour to play — still provides all the fun and theatrics of real-life baseball, lest you think this is only some watered-down, kiddied-up version of the real thing. From the recap of one of the playoff games at the most recent Wiffle Ball world championships:

With two outs and a man on first in the bottom of the last inning, and FPO up 14-13, Clutch Players’ Zac Cook smoked a screamer to the fence, nearly 115 feet in left. FPO leftfielder Randy Schuster, in a full sprint, went up and reached nearly a foot over the fence to grab the ball. He came down – ball still in hand – saving the FPO win, and their shot at a fourth title.

Tell me you wouldn't want to see that on TV.

By the way, FPO stands for Funky Plastic Offspring, who became the fourth team to ever win four world titles. I forgot to mention that Wiffle Ball team names are the best.

Here's an exceprt from the actual rules of the New Jersey Wiffle Ball Association:

The USWA will allow the ball to be scuffed with sandpaper, etc. prior to the start of the game and between innings only.

Bats can be filled with any stationary non-metallic substance.

Did you know there's a mini-Fenway Park in Vermont that caters to Wiffle Ball players and even has a winter championship? Yes, it's amazing.

Oh, and the world championship trophy is made of Wiffle Ball bats.

3. Wiffle Ball is the living embodiment of the American Dream™

The origin story behind Wiffle Ball goes back to a scene of idyllic, post-war New England in the summer of 1953. A backyard game involving a perforated plastic golf ball and the remnants of a broom handle became the genesis for a whole new sport.

From the official Wiffle Ball site:

After days of trying to throw curves and sliders with the golf ball, Dad told Gramp that his arm felt "like jelly". Gramp had been a semi-pro pitcher and knew that throwing curveballs was not good for young arms and thought he might be able to help. He picked up some ball-shaped plastic parts from a nearby factory, cut various designs into them and sent Dad out to test them. They both agreed that the ball with eight oblong perforations worked best. That's how the WIFFLE perforated plastic ball was invented. To this day, we don't know exactly why it works… it just does!!

And "Wiffle" came from the sound you made — wiff — as you flailed your bat through the strike zone in vain.

4. You can dominate Wiffle Ball at any age

Much like, say, air hockey, where it's not uncommon for teenagers to crowd the world rankings, Wiffle Ball is an age-equalizing sport. The date on your birth certificate matters not. Only your pitching arm.

Next up (hopefully) for Mo'ne Davis: the Duke men's basketball team.

5. The Wiffle Ball technology is perfect as is

The Mullanys use the exact same molds and polyurethane plastic now as they have for decades.

And look, if that process can make a MLB player like James Loney look this bad, then don't try to fix something that clearly isn't broken.

You can follow Erik Malinowski, who hereby volunteers as emergency ringer for all your Wiffle Ball needs, on Twitter at @erikmal and email him at erik.malinowski@fox.com.

Turner Celebrates After COVID Test
Watch exclusive FOX Sports video of Turner leaving the dugout, returning to the field, and celebrating with the Dodgers.
6 mins ago

Scenes From LA's Celebration
The Los Angeles Dodgers are crowned World Series champions for the first time in 32 years, and the emotions were on full display.
12 hours ago

Sports World Reacts to Dodgers' Title
Twitter lit up after the Dodgers won the World Series on Tuesday night, defeating the Tampa Bay Rays in six games.
13 hours ago

Best Of Game 6 Watch Party
Nick Swisher, Tino Martinez, Rick Ankiel and Ben Verlander react to Blake Snell being pulled and the Dodgers' title win.
13 hours ago
those were the latest stories
Want to see more?
View All Stories
Fox Sports™ and © 2020 Fox Media LLC and Fox Sports Interactive Media, LLC. All rights reserved. Use of this website (including any and all parts and components) constitutes your acceptance of these Terms of Use and Updated Privacy Policy. Advertising Choices. Do Not Sell my Personal Info