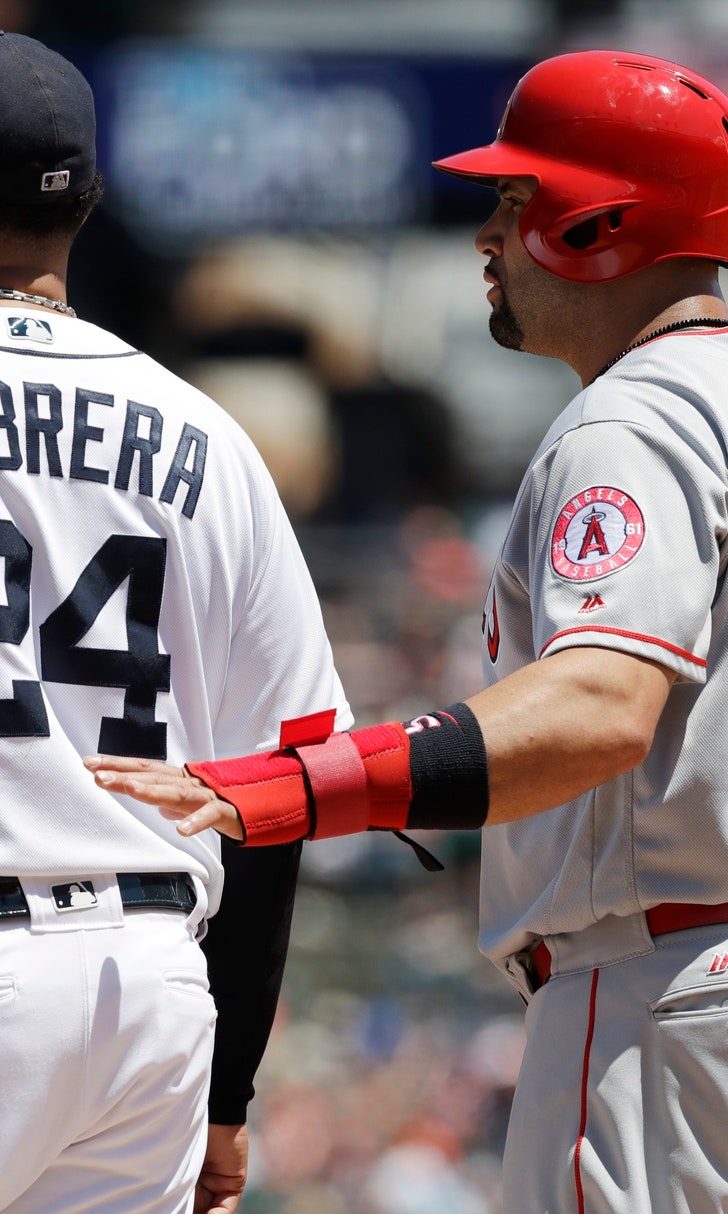 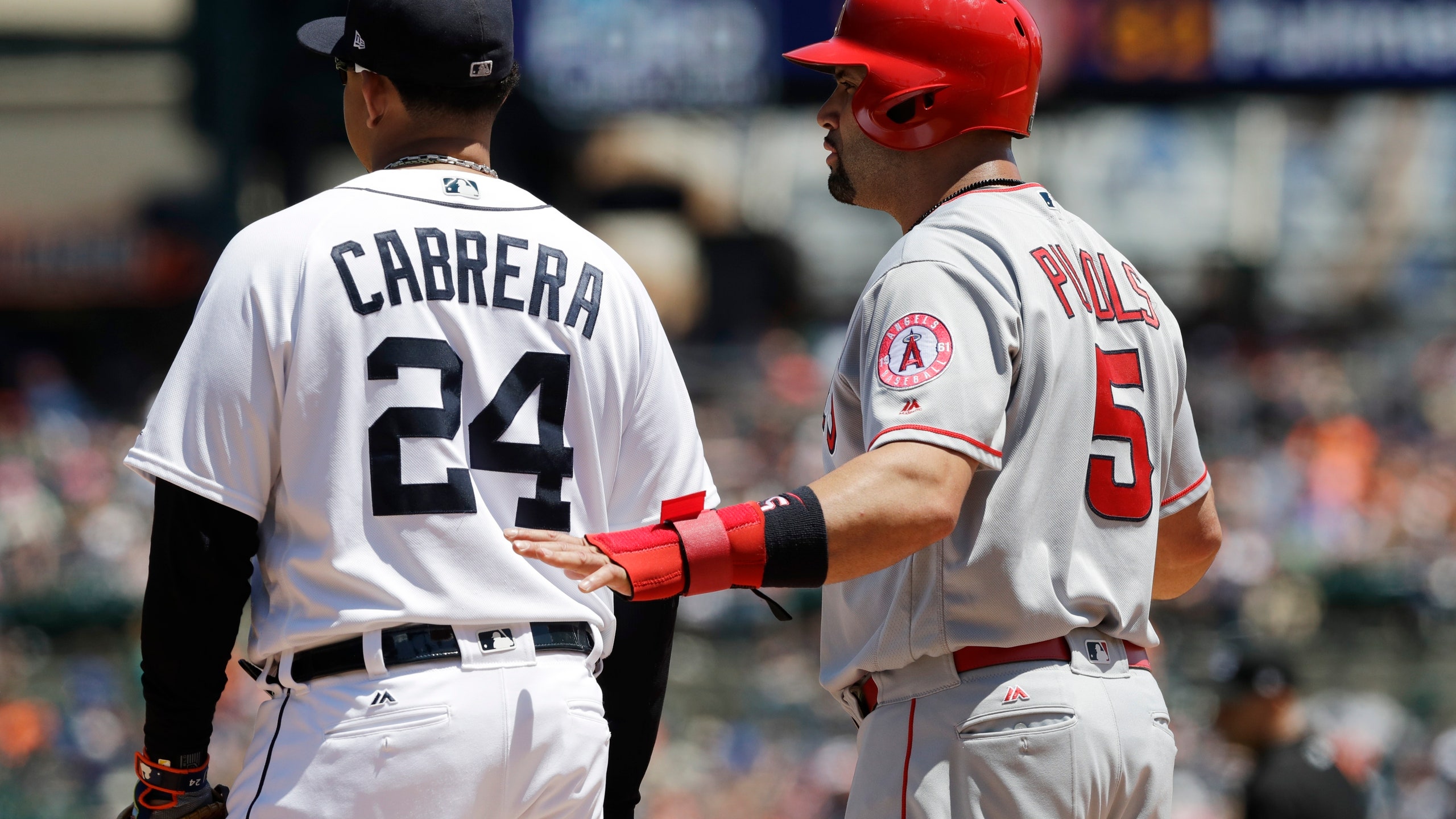 previous story
Obama joined by Curry to tell minority boys ‘you matter’
next story
Fernando’s putback lifts No. 24 Maryland over No. 21 Iowa

Chatting on the bases is good-natured, a learning experience

Majors home run leader Davis appreciates any chance he gets to talk baseball and life with Albert Pujols while spending a few moments on first alongside the Angels star.

Mike Trout gets a chuckle out of any good-natured prank pulled by Detroit's Miguel Cabrera at first — and there's usually something.

"He's always messing with me," Trout said. "It doesn't necessarily have to be baseball. We have a good time. He'll pull my jersey out, he'll do everything. He's crazy. But he's one of the best."

Opponents getting friendly during games hasn't always been such a thing. But with so many players now switching teams, sharing agents or staying in touch via social media, there are more opportunities to get to know someone you might see only a handful of times throughout a regular season — perhaps a few more times if in the same state for spring training.

"It was not that long ago, well quite a few years ago, I take that back, where opposing teams, they really didn't talk that much," Giants manager Bruce Bochy said. "You look at the structure of the game, the free agency, the movement of players, even winter ball, things like that, these guys know each other well. That's why they spend a little bit more time talking about the game with each other even though they're on opposing teams, or maybe even trying to help each other."

In Pujols' case, he's not chatty with just anyone, especially considering some young players seem shy about approaching him, he said.

"I've known Khris for a long time playing against him," Pujols said. "He's a great guy that does a lot of things in the community. We talk about family and the things that we do and how can we improve (in our faith), but then we always talk about our approach. If he has questions, I don't care. He's one of my peers. Even though we're wearing different uniforms, still he's one of my peers. I always want the best for everybody."

Giants catcher Stephen Vogt, too, has talked hitting with Pujols when on first and a couple of years back chatted with Joey Votto about plate discipline, "so you can definitely learn from guys if you're willing and open and they're willing and open," Vogt said.

"There's a competitive edge and there's obviously you want to beat them, you don't want to help them, but at the same time this is a brotherhood," Vogt said. "And if you can gain a little bit of an edge or maybe learn from some of the best the things that they do to make them great and you can take a little piece of that, then why wouldn't you be trying to do that?"

It is a big change for managers to see, especially those who used to play.

Oakland's Bob Melvin, who like Bochy is a former big league catcher, certainly recalls an era when talking about baseball stayed within your own team.

"I think that's changed some. In years past, you didn't see players when they're running sprints before the game talking to each other and so forth. It was more us against them, 'I'm not going to talk to them,'" Melvin said. "I think you do learn something from some guys and guys aren't afraid to give guys that they have respect for their opinions and help each other."

Some players might have fun like Cabrera does, while others ask about family or just check in on an opponent out of care.

"That's the way the game is, you kind of just talk to players whenever you run into them. Try not to be so serious all the time, it's a fun game," said Davis, who hit 48 homers last year to help the A's return to the playoffs for the first time in four years. "You try to make friends. I try to talk to people. If you get on first base, depending if Albert Pujols is right there, I would ask him about hitting. That's how we have fun. Even though they're on the opposing team, you still interact as long as they don't come off as (mean)."

Trout embraces the chance to converse with an opponent he respects, even for such a limited time standing on a base.

"I wouldn't say there's one individual guy, but when you get on first, especially guys in your division, you build friendships playing with them, just talking," Trout said. "I wouldn't say it's mainly about baseball, just about everyday life seeing how you're doing. You don't get to talk to them that much."